A few years ago, I acquired this understated but frank sex education book published in Germany. I was told it was a cult classic in its time, but the dealer may have been buttering my bread to make a sale.

The book is called Tanja+Fabian (1974) and was published by Gütersloher Verlagshaus Gerd Mohn. With text written by Joachim Brauer and Gerhard Regel, it is a short picture book meant for children ages 4–8. It was groundbreaking, in a sense, because it reflected the emerging liberal attitudes of the time.

Tanja and Fabian are friends and share a lot of experiences together. In one of the first images, we see a gender role reversal. While Tanja plays with trains, Fabian is playing with dolls. 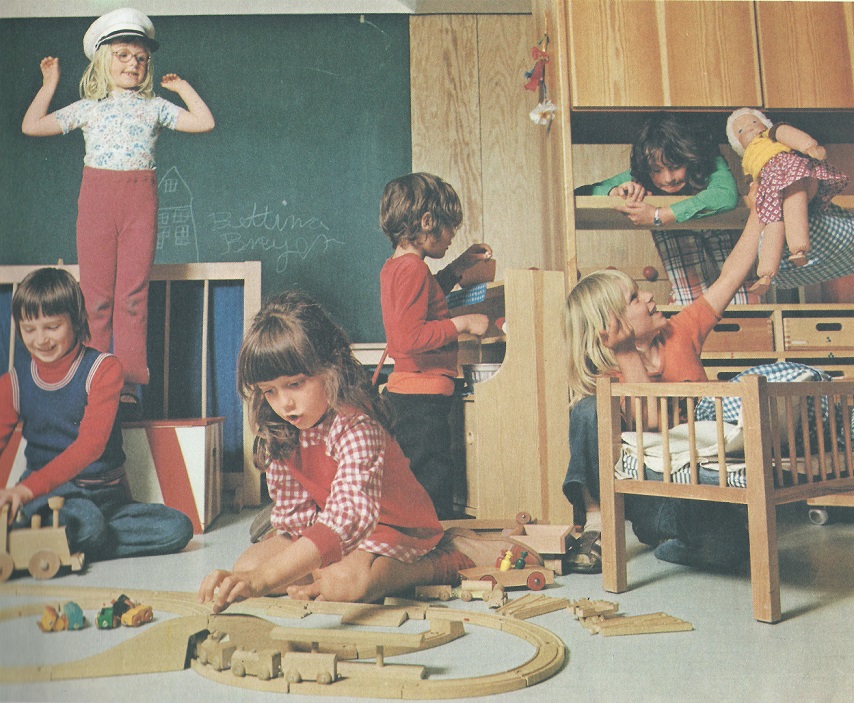 Tanja lives alone with her mother. The text explains that even though everyone has a mother and father, they don’t always live together. Tanja helps her mother with household chores and shopping so that they’ll have time for a little fun at the evening meal. 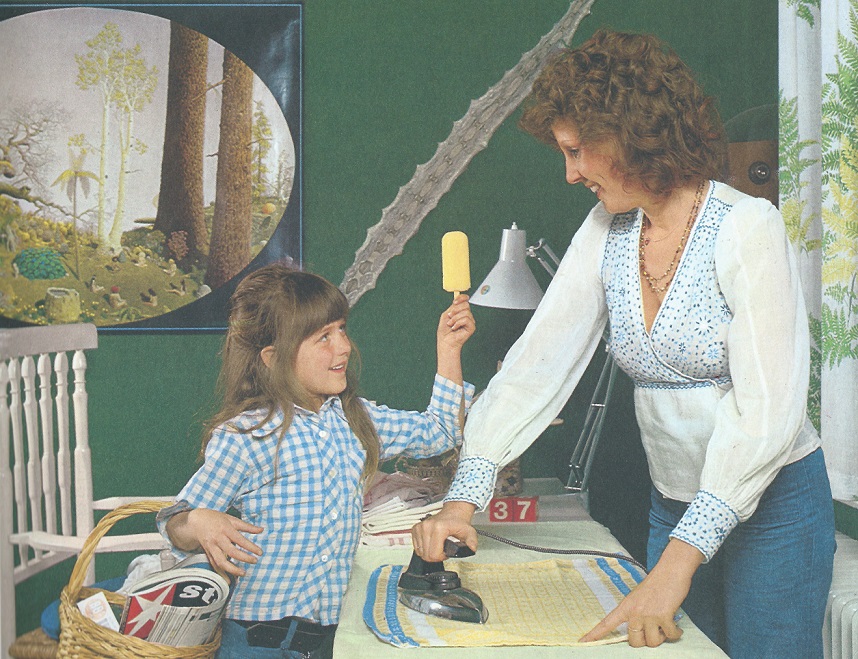 Before bath time, Tanja takes the time to examine her body and notes that she is different from her mother, most notably the lack of breasts and public hair. The book explains that when she grows up, she will look like her mom and will then be a woman.

A similar anatomical comparison is made between Fabian and his father and all relevant organs are named and described. Fabian has a baby brother named Torsten. When Fabian’s mother was pregnant, Tanja came to visit and investigate. It is also explained that men do not become pregnant or give birth. 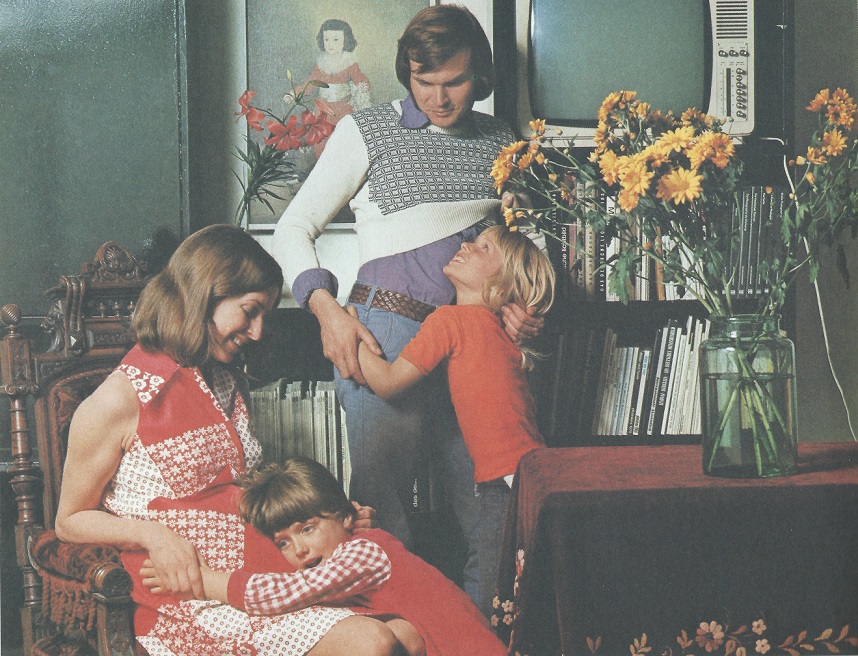 The book is quite explicit, showing a picture of the fetus and even a picture of the birth. The pain of childbirth is also mentioned and that the father is allowed to be nearby. Nursing is shown and discussed as well as Fabian’s jealousy that he does not have his parents to himself anymore. There is even a frank explanation of the parents making love, how the penis gets erect and the use of birth control.

Tanja and Fabian play in the garden, but because it is hot that day, they take off their clothes and splash each other with water.

As you can imagine, I got a real kick out of this one. The children decide to play doctor so that the entire body can be seen and examined. Again, the traditional gender roles are reversed, with Fabian on the table and the girls as doctors.

Tanja and Fabian like each other very much and want to marry each other some day—but not until they are grown up. 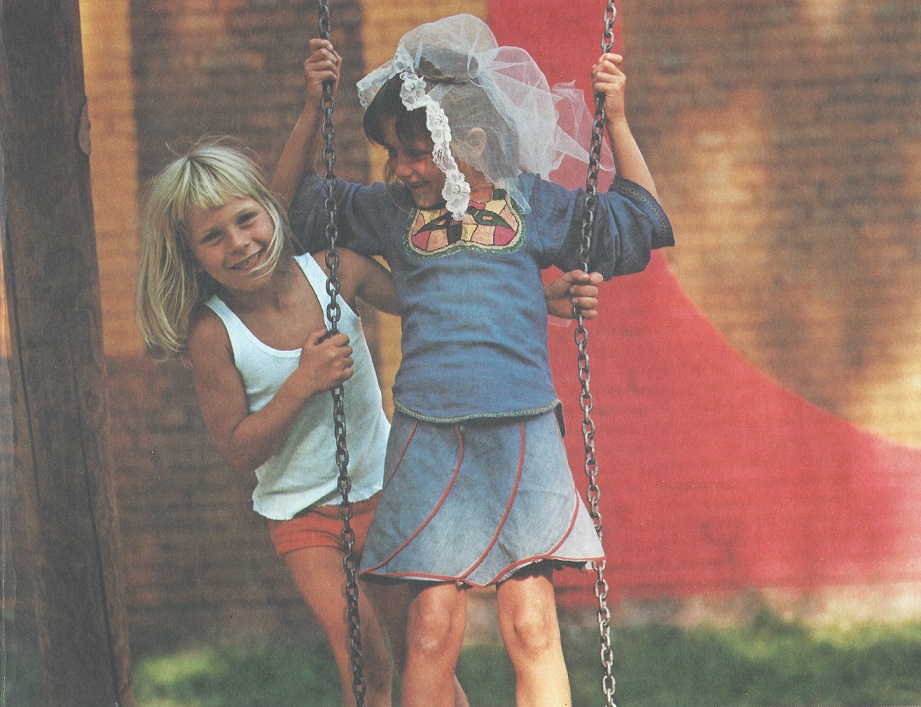 The notion of playing doctor is sometimes a topic of amusement, but there is ample evidence that boys and girls, generation after generation, reinvent this game. It is also fodder for bawdy jokes as when Hawkeye Pierce played by Alan Alda (M*A*S*H, Chief Surgeon Who?,1972) remarks that he wanted to be a doctor as far back as he could remember: “Just ask any little girl I grew up with!”