Diverging Paths: It is a bittersweet time for me as Pip Starr announces his official resignation from Pigtails in Paint.  The founding of this site was a pleasant diversion for him and a way to educate the public about the legitimacy of child nudes.  He invited me on board because we established a good rapport and he wanted a little help producing new posts.  Little did I realize how my own ideas about the site would shape it.  It is hard to understand a founder walking away from his own creation, but now that he is having success in his career, he can no longer dedicate time to this enterprise.  From the level of traffic, it is clear that Pigtails provides a unique service and it would be a disservice to let it shut down.  So I will carry on even if it means new posts come in a trickle.  I have tried to encourage new contributors and would like to emphasize that this site needs the talents of many kinds of people, not just writers.  Farewell Pip and, who knows, maybe our paths will cross again some day.  -Ron

Free Access Tragedy: I had been eagerly waiting for the release of the Brian Knappenberger documentary The Internet’s Own Boy: The Story of Aaron Swartz (2014) about the remarkable life and tragic suicide of the internet activist in 2013.  After getting a bad taste in his mouth working in the corporate world, he worked diligently on making public records accessible and free.  His efforts caught the attention of U.S. Federal law enforcement and prosecutors who hounded this sensitive man for doing something that his attorneys assure us was not even illegal.  This is an excellent illustration of what powerful people (through established institutions) will do to maintain and justify their power. With his meteoric rise and clash with the power structure, Swartz did not have much peace in his life except for a short time in his relationship with Quinn Norton, a freelance writer.  He was an anchor at a time when Norton was undergoing a tumultuous divorce and her daughter, Ada, needed a compassionate male role model.  It is some consolation that there were at least some sweet moments in his life. 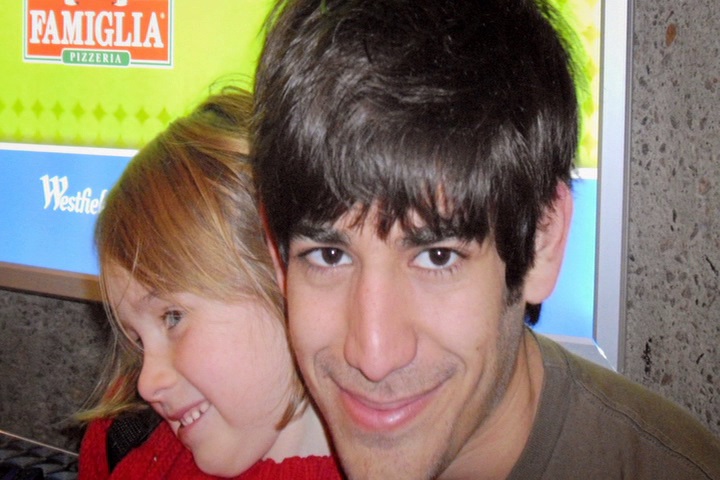 Reminiscences of a Master: I just learned that one of my favorite photographers, François Gillet, has established a dedicated site.  It includes many child images I had never seen before.  I am told he spent some time digging through his archives to put these collections together, including many images he had not worked with in decades.  I recommend browsing his entire site, but there is a gallery dedicated to “Childhood” that most of our readers ought to find interesting.

Political Posturing and Saving Face: An article of political import appeared in JapanToday.  It appears a United Nations special envoy made a statement urging Japan to ban the publishing of extreme sexual acts by children in manga comics.  This is a complicated issue but I would like to emphasize the points that come immediately to mind: 1) This is a classic example of Western (mostly US) overreaching in imposing its morality in the name of protecting children; 2) Dark sexual thoughts are a reality—including by those who may have been abused as children themselves—so isn’t it reasonable for artists and readers to have an outlet that does not harm actual children?  3) It puts a large burden on unqualified jurists and other bureaucrats to judge the validity of art and its psychological effect on people.

A Can of Worms: One of the problems with doing a post featuring multiple artists, is that there is usually a lot of missing information and sources.  Often readers come forward and fill in some of the gaps.  One in particular did a lot of digging and so I have added updates to ‘The Girls of Summer’ posts, Part 1, Part 2 and Part 3.  Supplemental information is written in italics in separate paragraphs.

Good Grief: I have received some grief from a few associates about the quality of the images in the Nan Goldin post.  In an effort to get valuable information to our readers, I’m afraid I got in a rush.  I have replaced most of the images so you can take another look.

Tarot Art: I took an interest in tarot deck art because of Pip’s coverage when I first reviewed this site—well before I was invited on board.  Of particular interest was Bea Nettles’ Mountain Dream Tarot.  I updated the post to offer better scans and more details about this historically significant deck.

Facets of a Little Girl: An associate brought to my attention an artist, Jean-Luc Deru, who has taken many poignant images of children (perhaps his own) including little girls. There is an extensive collection of this work here.

Recreating the Child Portrait: A colleague found this interesting item of photographer Joaquin Trujillo.  He has fond memories of the kind of childhood portraits taken when he was a boy in Mexico.  He tries to preserve this art form with a touch of artistic flair using his own nieces and nephews as they were growing up.

Depression-Era Archive: Pip passed on a discovery of an online archive of photographs taken from 1935 to 1946, mostly produced as part of United States Farm Security Administration and Office of War Information projects.  This site contains over 90,000 images and is organized geographically.  Since many children are portrayed in these images, I thought I would pass on this lead to our readers.  This site is hosted by Yale’s National Endowment for the Humanities.

Original Header Artwork: A reader was kind enough to track down the original artwork for the current Pigtails in Paint header here.  It does not offer any information about the original artist, I’m afraid.

Sexy Halloween Costumes: There is an interesting short piece written by a mother regarding her 9-year-old daughter’s choice of costume.  And even though I have seen these arguments before and Halloween has now come and gone, these points, being largely neglected by the mainstream media, deserve more air time.  In particular, I think men have difficulty really grasping the female perception of sexuality and being desirable. It is no coincidence that this is reflected in the belief systems of the male-dominated corporate media.