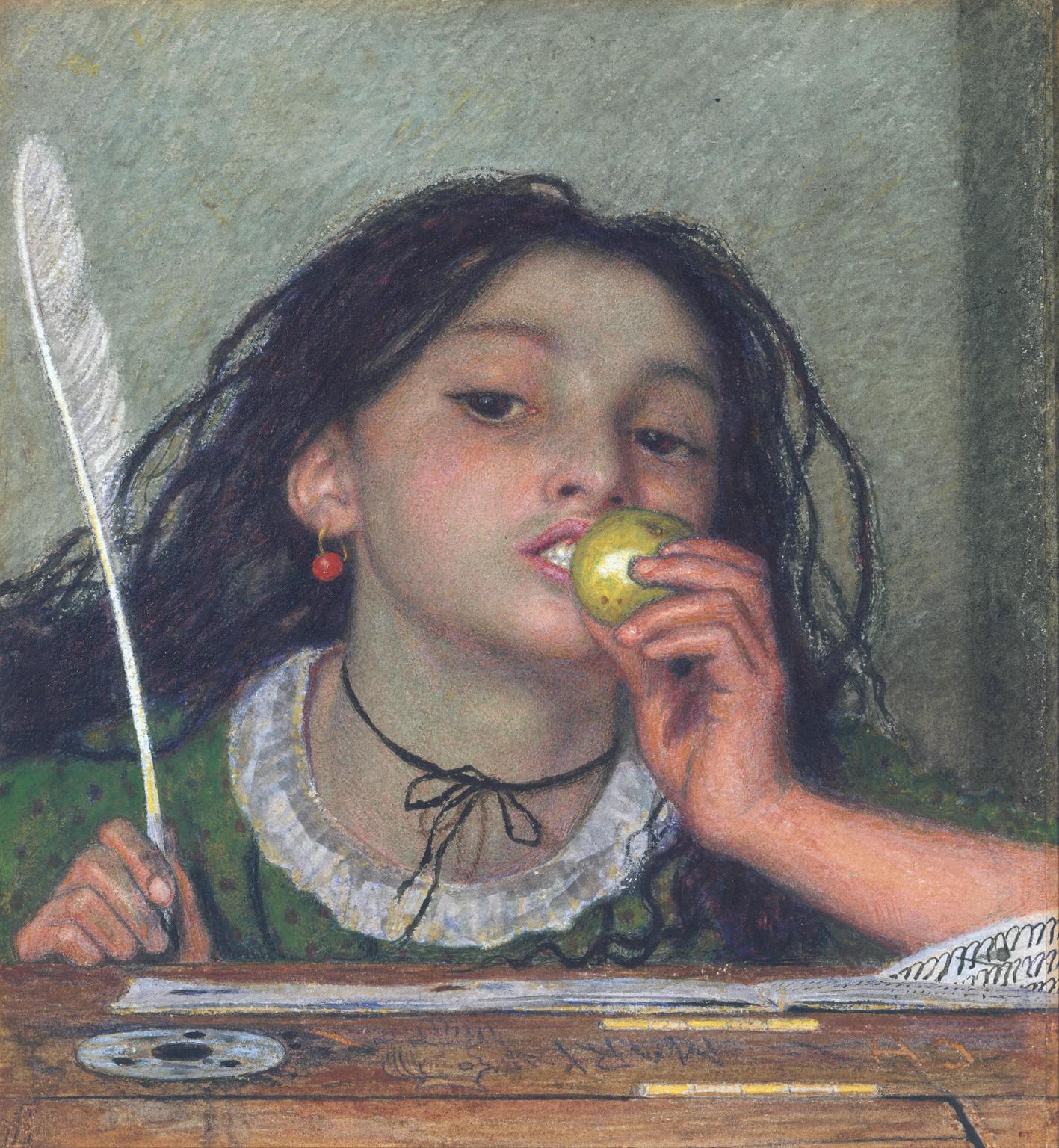 Ron, Editor-in-Chief and Administrator of Pigtails in Paint, has recently nominated me as an Editor of the site, which allows me to modify all contents (pages, posts, images, comments, authorship, categories and tags). This represents a great honour, and I also sense it as one of the strangest achievements in my life, since I am in fact almost completely ignorant in the subject of the girl in the visual arts. All too often he told me about a collection with works by an artist and I replied that I did not know the artist and never heard about the book. I guess that other qualities motivated his decision, maybe my scholarly habit of checking posts for references, misprints or missing categories; or my vigilance in the face of spam infection.

I discovered Pigtails in Paint by chance at the end of July 2014, while doing an image search on David Hamilton. After some exchanges of information, he suggested me to write a post, I did one about the famous photograph of a Vietnamese little girl burnt by napalm; here Ron edited it himself on the site, and took care of all the typographical work (italics, links, and the terrible Vietnamese diacritical marks). My next post was on the SF film Eva, and for the first time in my life I struggled with the WordPress dashboard post editor. I pasted a simple unformatted text from OpenOffice into the visual editor, added the pictures, and the preview was pretty miserable: paragraphs without line breaks on a red brick background. Ron told me then that he had to go into the text/html editor and remove all preformatted text tags. It took me several months, after setting up my own blog, to understand that mystery: the visual editor tries to be clever and acknowledges the fact that OpenOffice assimilates simple text with preformatted one. Since then I paste text only into the text/html editor. Afterwards I could edit correctly all my other posts and respect the blog’s conventions regarding style and layout, and this made Ron’s life easier.

As Editor, one of my tasks will be to take care of post categories and tags. I have started modifying in depth the present organization in order to make it more visible and practical. There are too many redundancies and overlaps, and not enough hierarchy, and most posts have too many categories and tags; in other words the system is not discriminating enough. I think that the main use of categories and tags is to allow readers to find quickly what they want, all of it, and (almost) nothing else. Concepts that can be hierarchized or linked to others will go into categories, isolated keywords will be tags.

I have no special philosophy with regard to content. I would encourage authors to explore new topics, as I did myself (dolls, poetry, child labour). I am personally interested in social criticism, and discussions on controversial topics are welcome; my advice in this respect is to raise interesting questions but not to provide definitive answers: expressing clear-cut opinions invites unending discussions with proponents of all other opinions. I don’t want to see Pigtails becoming a debating club with 90 comments for each post (as some blogs have become).

Sometimes I feel that Pigtails is dry and overly serious, so a topic to be promoted is humour. I don’t claim great skills in it, thus I call for volunteers. Some of you readers have posted nice jokes on other blogs, please join the team of authors! Sentimentality and nostalgia could also provide some moving posts. Dramatic stories, such as girls murdered during genocides, would also enliven the blog.

I can claim having made the only post with an image aligned “right” instead of “center”, so I am very flexible as regards style or the image to text ratio. Once the main editorial criticism of a post I had just finished was that after the first picture “there are no images for several paragraphs”. I don’t mind a long text with few pictures, as long as the text is interesting. And if an author just wants to show nice pictures, a short introduction is sufficient, there is no need to insert a long complicated text just to prove one’s intellectual worth (besides, as a native Belgian, my understanding of postmodern gobbledygook is quite limited).

I can only encourage our faithful readers to make all necessary efforts in order to climb the ladder of Pigtails in Paint hierarchy: reader, commenter, writer, editor, and maybe one day administrator. If you have good ideas for posts, you can contact Ron or myself (at the address shown here).

PS. Some people have complimented me on my avatar. A full-size version of the picture can be downloaded from Google photos. I found it in July 2014, I don’t remember where. I don’t know anything about the girl. [Update: a reader found it.]

3 thoughts on “Joining the Editorial Team”