There are plenty of examples of little girls, both fictional and real, performing in circuses, carnivals, rodeos, etc. Often, it is the natural consequence of being a child of performers and getting an early start in the business, often translating into virtuosic skill. There are certainly far too many examples—Michal Chelbin and Ilona Szwarc for instance—to pretend to be definitive here, but I wanted to present two important examples.

Before presenting the first one, one television episode brings to mind the kinds of motivations that drive people to become performers or to avoid becoming performers. In an episode of Northern Exposure entitled Get Real (1991), the bus of a traveling troupe breaks down and they have to stay in the local town until they can make repairs. Among the contortionists, jugglers, magicians and one “flying” man, there is a little girl, the daughter of two of the members. It is amusing watching her flit about, the quintessential child, while the rest of the troupe are practicing. Consistent with the show’s style is this peculiar backstory. Her parents were physicists who thought they could not have children until, suddenly, Nina (Remy Ryan) came along. They were concerned about the isolating effect of academia, so they joined the circus to give their daughter a richer environment. 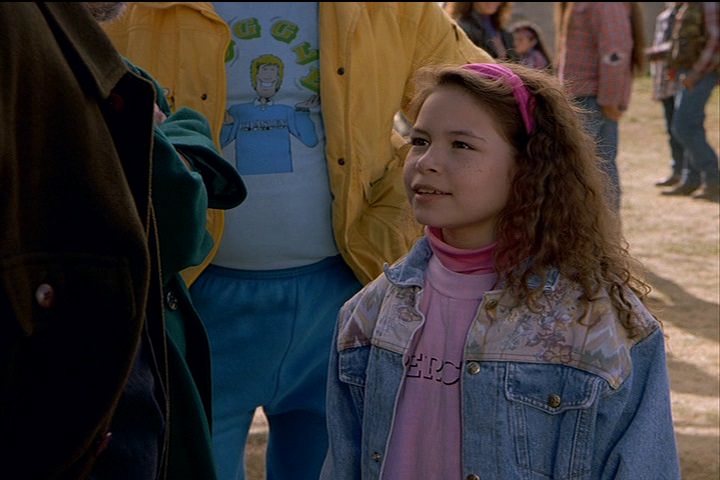 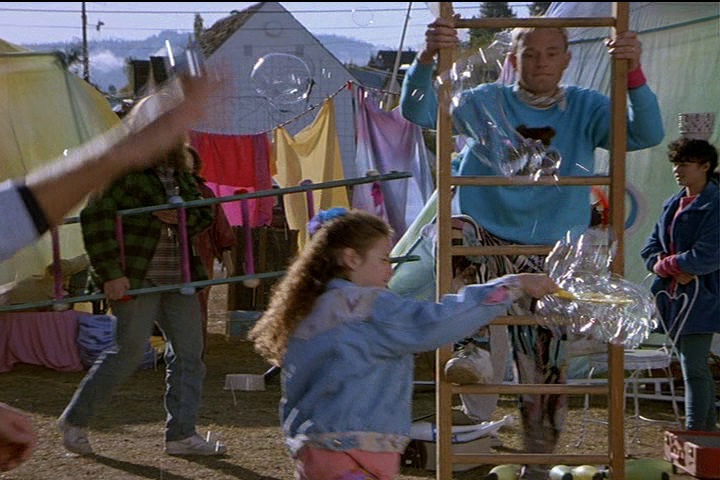 I must admit I am not well-versed on circus culture, but like everyone else, I am familiar with a few famous names. One of those are the Flying Wallendas and I was surprised to find this photo on a sales site of Carla as a little girl practicing. Whatever I could tell you about this family would come from conventional sources, so you can take a look for yourself. A caption appears on the back of the photograph:

At age five, Carla already has remarkable muscle control. Here she is in limbering up exercises with her father, Carl. -Acme Roto Service, 1941 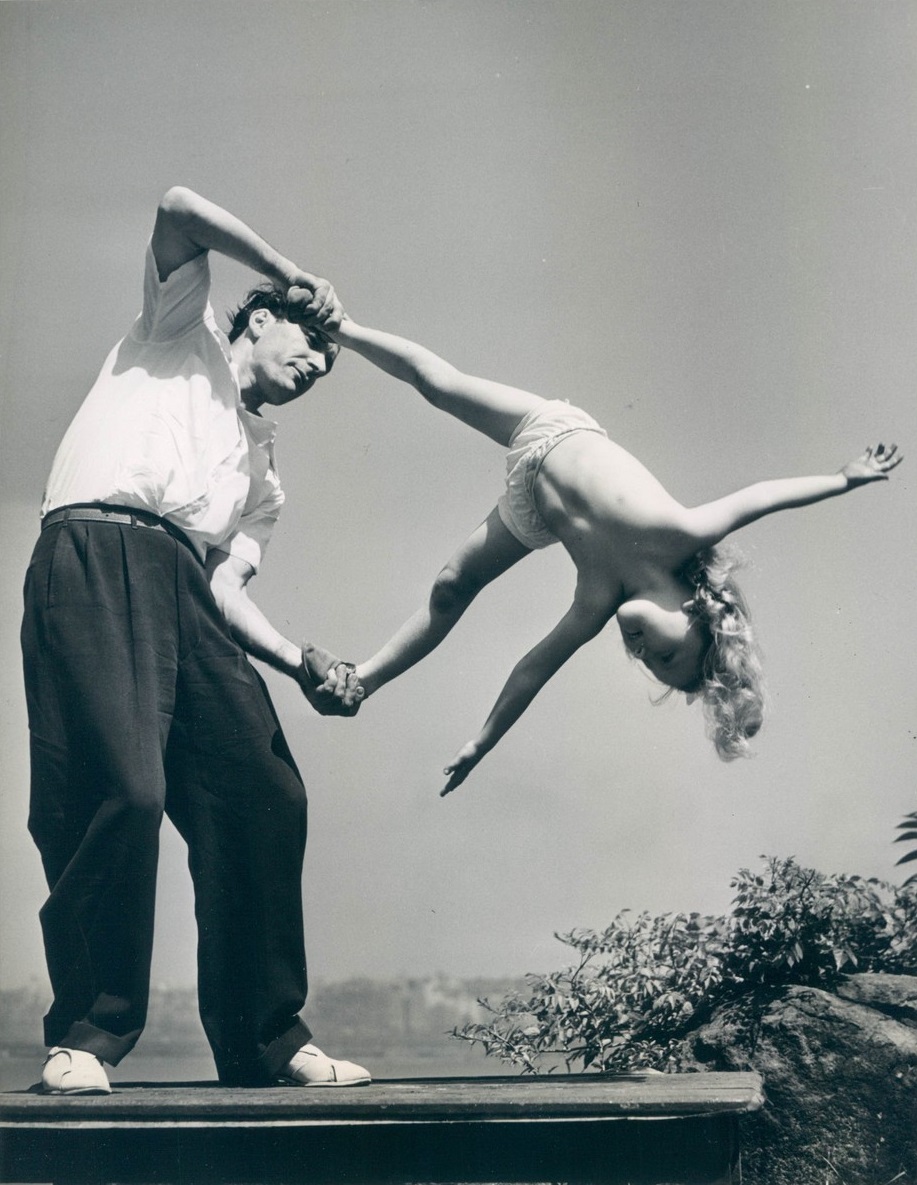 Some material can now be found on the internet about the Swiss National Circus Knie, but when I first learned about them, I could find nothing. This is surprising given how famous it is in Switzerland and Europe. It shows that there is no guarantee that important information will be found on the net. My introduction to this family operation was a film titled Horses of the World (1996). There were two programs, both produced and directed by Roland Blum: one covering Lipizzaners and the other, Free Dressage in the Circus Ring, was about Circus Knie. At the time of the footage, the organization was about to go on tour for their 75th anniversary and was preparing a special show. The most remarkable thing about the Knie dynasty is they practice perhaps the most effective forms of animal training today. The Knie family got their start (in their modern form) in 1919 with the high wire and related performances. But when they added animal acts to their show, there was a problem: all the suitable horses—mares and geldings—were conscripted for military service in World War II. It was decided that for the long-term stability of the enterprise, they would have to work with stallions exclusively. Today, they are famous for their acts involving Arabs and they are stunning creatures. I recall when reading about successful bird trainers that the key was to make use the animal’s natural behavior, slowly shaping it into the desired performance. The film covered three generations of Knies working in the ring: Frédy Senior, Frédy Junior (now in charge) and Geraldine. Before so-called horse whisperers were in vogue, they knew that to get the best results, one must maintain dominance through patience, praise and clear communication. One need never strike an animal. Both Frédy Jr. and Geraldine started their work with horses when they were five and subsequently developed their mastery. 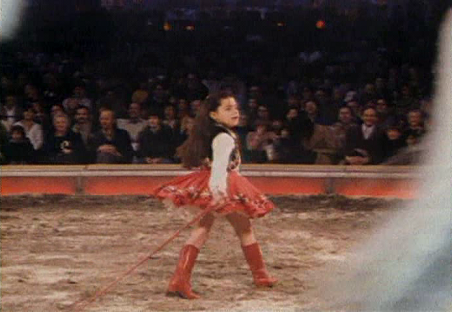 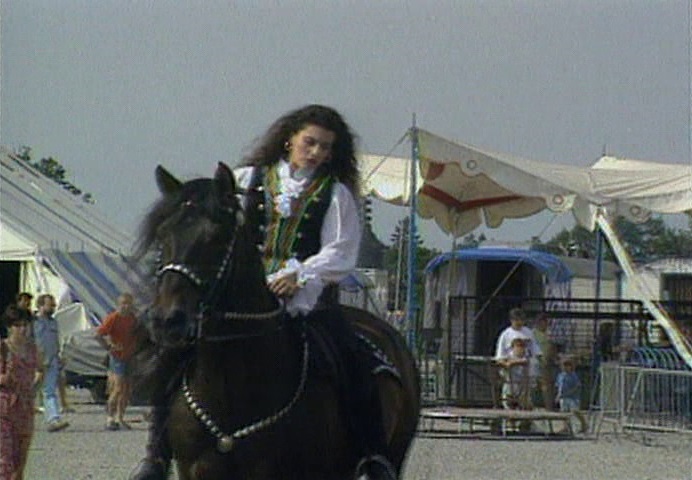 The proof of their skill is the fact that they use animals that conventional training says are untrainable. Frédy Sr. says that if a trainer is skilled with horses, he will be skilled working with any other animal: big cats, camels, elephants, zebras, rhinos, giraffes, etc. He is often consulted by top trainers and equestrians for extra training and help with troubled animals. He says if you want to develop your patience, work with zebras. They take much longer to train, but then become more consistent in performances. Another notable accomplishment is an act where a trainer rides a bull giraffe. A further demonstration of the discipline they established is that different species of animal—such as lions and horses—are able to perform closely together in the same ring.

2 thoughts on “Under the Big Top”