As has happened many times throughout history, ideologues in power try to consolidate their power by destroying that which does not conform to their belief system.  The parallels with witch hunts, the violence of The Reformation, The French Revolution and the Nazi regime are obvious but I take my title from Tudor England when people were burned at the stake for owning and reading for themselves an English translation of the Bible.

On October 13th, deliberations regarding the disposition of artwork and collectibles of Graham Ovenden seized by the Metropolitan Police were concluded.  The hearings, with Judge Elizabeth Roscoe presiding, were to determine which materials would be destroyed and which would be returned to Ovenden based on the recommendations of the police.

True to form, the more sensationalist media outlets misrepresented the event as a routine destruction, accepting the public framing of Ovenden as a pedophile* at face value and his materials worthless smut.  Any protestations of innocence by Ovenden were spun as unrepentant arrogance.  The backlash over this decision has thrown the courts and police off guard.

In fact, the materials in question were not valueless.  Slated for destruction were specimens from the Pierre Louÿs collection, acquired in an auction decades ago, and prints from the photographer Wilhelm von Plüschow.  Many of these are not replaceable and would represent a permanent loss to history and the arts.  Despite a number of reports that claimed paintings were also slated for destruction, that was not the case. Ironically, this sloppy misrepresentation may have helped fuel the protests.

Not mentioned in other accounts is how the images were selected.  The judge could only rule on items brought to her attention by the police.  The result is a political quagmire which defies logic.  For example, one of the images not presented to Judge Roscoe was a print of Birthright Trust.  It was commissioned in the early 1980s by Princess Diana who reportedly requested one of Ovenden’s “little cherub bottoms”.  They would not dare propose the destruction of this or other prints from paintings owned by members of the nobility and other respected individuals. 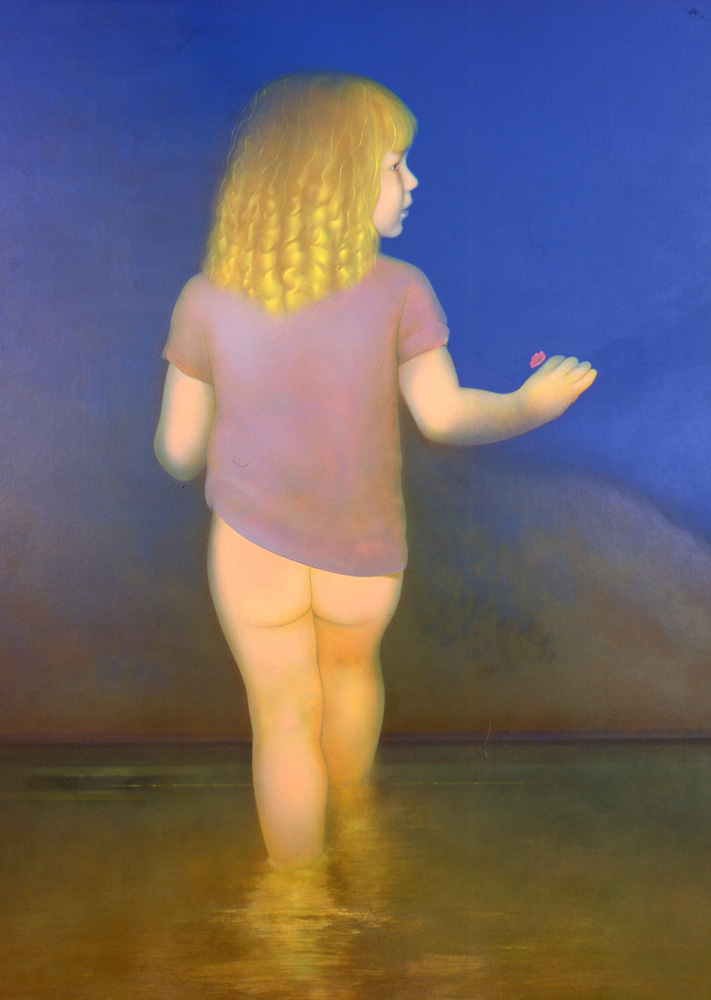 Legally, Judge Roscoe could not rule on the basis of historical significance or artistic merit.  In many cases, she made different rulings on almost identical pieces because one seemed more “posed” than the other, presumably indicating a more lascivious intent.  The judge’s lack of artistic literacy has put her in the position of making decisions without the counsel of experts in the art world, excepting Ovenden himself.  So the court’s offense is not just that it can legally sanction the destruction of materials deemed indecent—what the Nazis would have called “degenerate art”—but that a single person not versed in this field can make the final determination.

Judge Roscoe acknowledges that she is no expert and stated that she would accept the possible condemnation of history.  One is reminded of Mervyn Griffith-Jones, who led the prosecution of Penguin Books for their publication of D. H. Lawrence’s Lady Chatterley’s Lover in 1960—also an obscenity trial.  Despite losing the case, he still became a judge himself in 1964 which suggests that there has been little risk to Judge Roscoe’s future career prospects.

The media does deserve some credit for publishing a number op-ed pieces—one of the best in The Spectator and another in The Guardian—protesting the judge’s decision.  These opinions made a clear distinction between the issue of Ovenden’s guilt or innocence and the act of destroying his artwork or pieces from his collection.  There is also international interest in this case because Pierre Louÿs was French and Ovenden lent his private collection to French museums and libraries many times.  Some of these institutions have taken notice and are planning formal protests.

The key players in all this drama seem to be members of the Metropolitan Police and their political allies.  It is as though they have a personal stake in this case and are taking every opportunity to make things difficult for Ovenden.  Perhaps it started as a predictable reaction to Ovenden’s criticism of the department, but over time it has developed into a vendetta.  The materials in question were seized over 8 years ago and, on a number of occasions, the Metropolitan Police were instructed to return them and yet this has not been done.  It is plausible that the materials might have been needed as evidence for the 2013 trial.  But even though the trial and sentencing are concluded, the delays continue. Recently, Ovenden was informed that everything would be returned to him and then shortly thereafter told he would have to pick it all up himself.  This kind of treatment is disgraceful because Ovenden has difficulty walking, making this just another slap in the face.  It is also hypocritical since the police were so eager to come to his residence for the seizure but not for the restoration. These ongoing tactics cast suspicion on the police and makes one wonder if they are embarrassed—and have perhaps violated the law—for having accidentally destroyed or lost part of the collection.

Given the highly political nature of this case and Graham Ovenden’s desire to preserve important historical work, he is planning a formal appeal of the decision.

*This label seems a gross exaggeration given the facts of the case.  After a couple of failed attempts starting in the 1990s, the Crown Prosecution Service (CPS) did finally manage to get convictions on a few charges relating to 3 models.  One alleged that Ovenden was in the tub with her and asked her to wash his “john thomas” and on another instance cupping his hands around her breasts making some rude comment.  The remaining charges were for taking photographs of models that have been branded “indecent” by today’s standards despite the fact that one of the models herself had defended the work in the past.  For more on the convoluted details of the case, read the ‘Fall from Grace?’ post.