Given that we have the capacity for memory and that we must all have been children at one time, why is it that understanding childhood seems to be so elusive? The many answers that have been put forward to date seem to have one critical flaw: they are adult projections onto childhood. The result is either overt Rousseau-like sentimentality or portrayals of adult play-acting that disarmingly mock us. This relentless type-casting of children continues to obscure whatever reality of childhood we are capable of comprehending.

Nancy “Nan” Goldin was born in Washington, DC in 1953 but raised largely in Boston. She attended Setya Community School where she was introduced to her first camera at age 15. She held her first solo show in 1973 which featured gays, transsexuals and especially her beloved drag queens. She is most famous for her work, ‘The Ballad of Sexual Dependency’, which exposed the realities of drug culture and family violence. This exhibition was later produced in book form. This bold and honest coverage did tend to type-cast her and yet it did not deter her from pursuing whatever sincerely captured her interest. 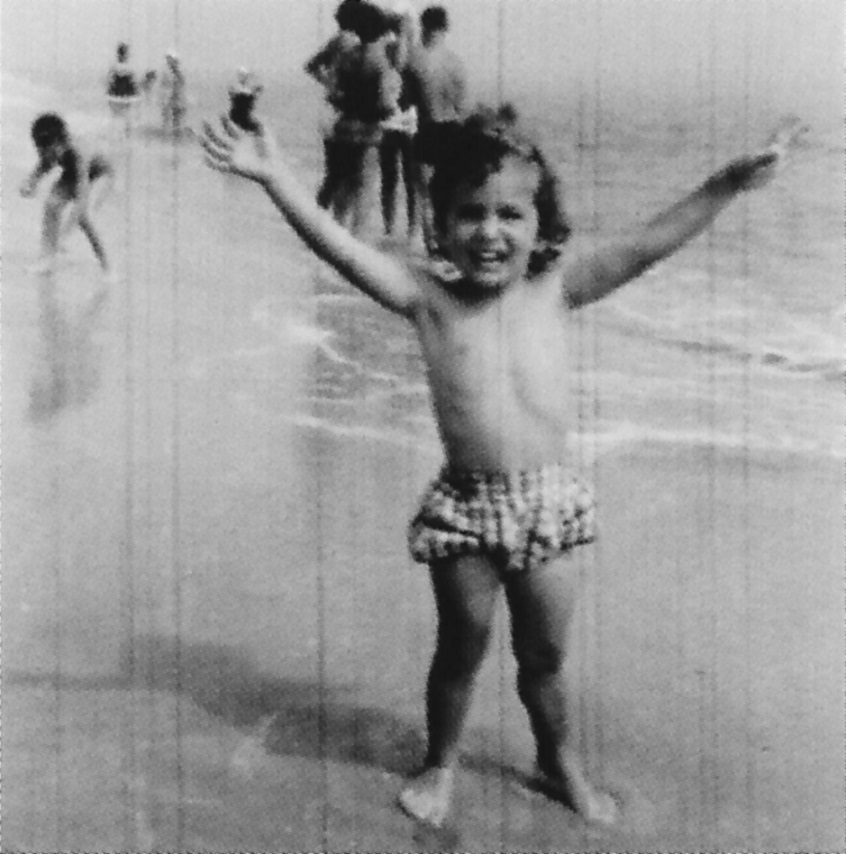 Nan Goldin as a little girl

A colleague recently informed me of the publication of a voluminous book, Eden and After (Phaidon, 2014). For those only familiar with her public image, this is a surprising digression, but for those who know her best, this is an appropriate culmination of over 35 years of her life. 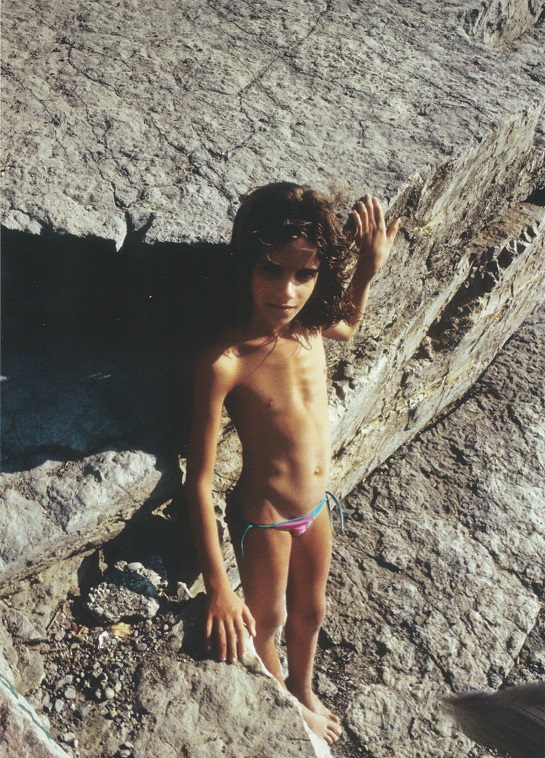 Placed among the images are occasional poems and essays that capture some of the essence of childhood.

Children whose clarified senses betray them into a brilliant sorcery of beautiful pleasure reflect something feral & smutty in the nature of reality itself: natural ontological anarchists, angels of chaos—their gestures & body odors broadcast around them a jungle of presence, a forest of prescience complete with snakes, ninja weapons, turtles, futuristic shamanism, incredible mess, piss, ghosts, sunlight, jerking off, birds’ nests & eggs—gleeful aggression against the grown-ups of those Lower Planes so powerless to englobe either destructive epiphanies or creation in the form of antics fragile but sharp enough to slice moonlight. -Hakim Bey, ‘Wild Children’ from Chaos: the Broadsheets on Ontological Anarchism 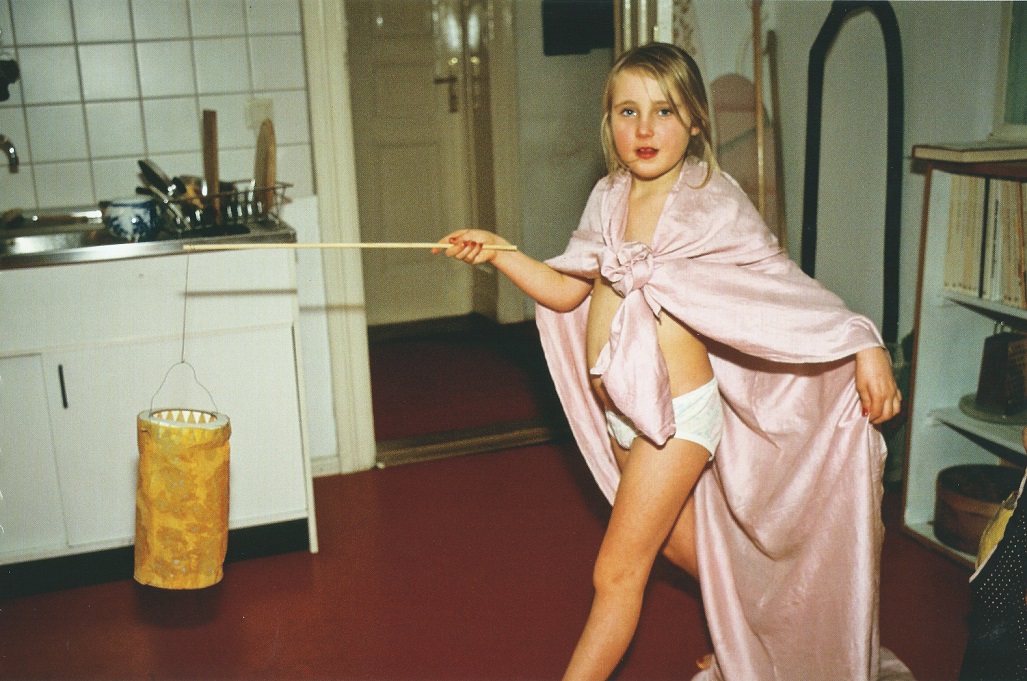 Goldin does not regard childhood as a mere stage of development on the way to complete adulthood, but as a state of being in its own right. This is a well-established attitude demonstrated in ‘Children 1976–1996′, an exhibition at Matthew Marks featuring children and made for children with the photographs displayed at an approrpriate eye level. Later she produced two slide shows, Fireleap I and II, which were accompanied by a soundtrack sung by children. 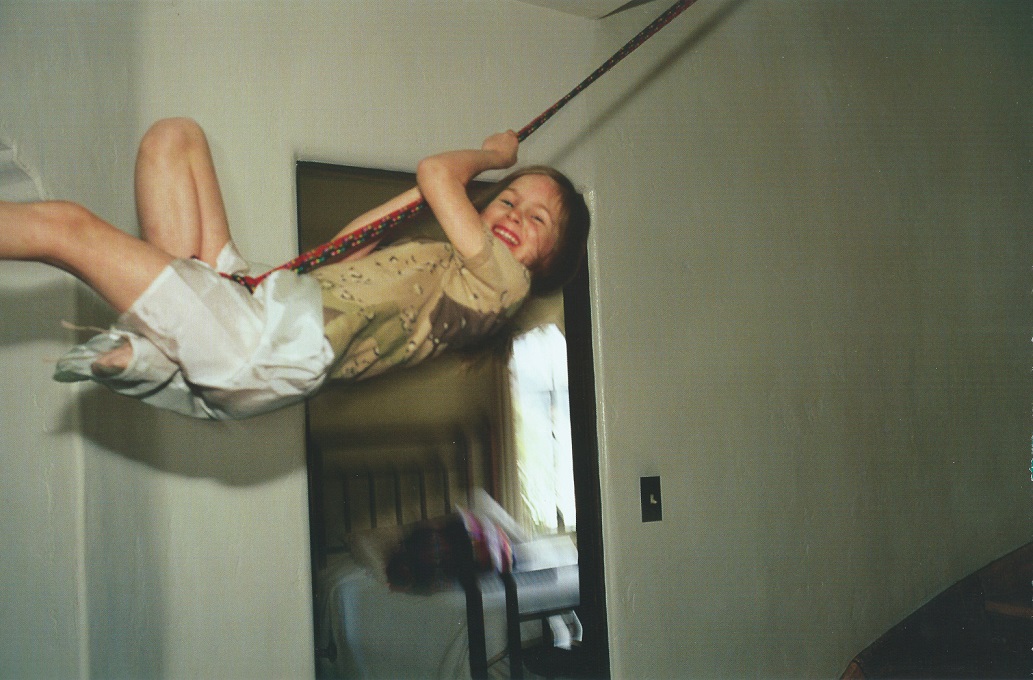 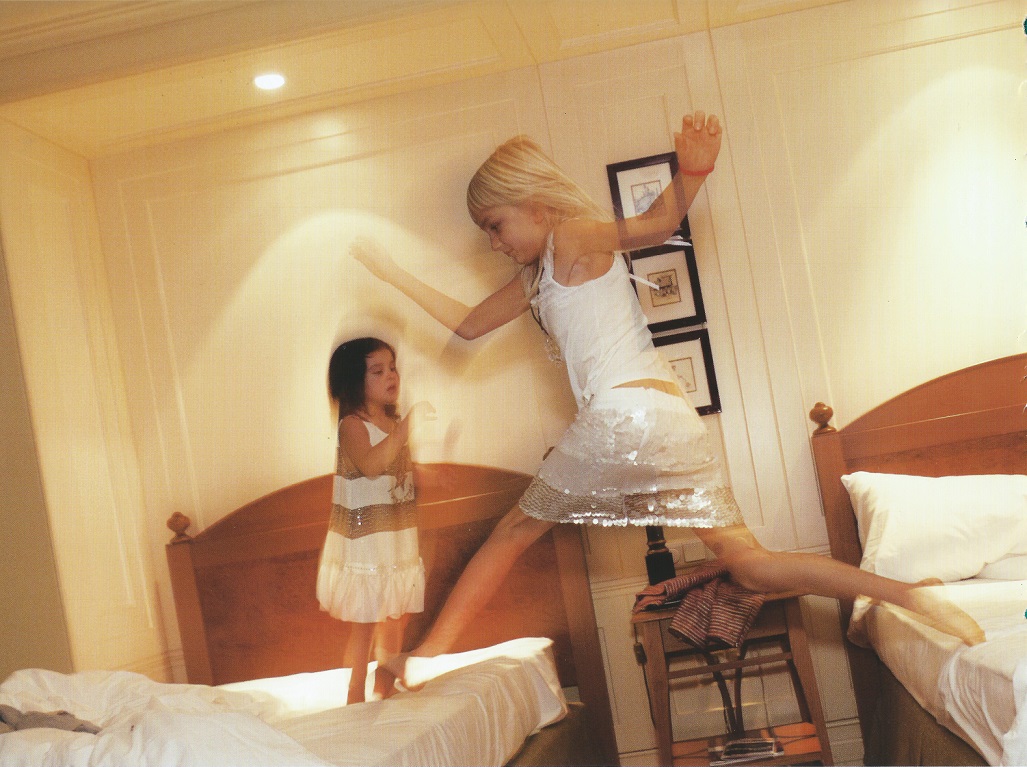 To give us insight into Goldin’s anthology, we have Guido Costa, a long-time friend of the artist who collaborated extensively on the book. Goldin is the godmother of his daughter, Isabella. He shares his understanding of the photographer’s “secret” family that goes beyond the usual platitudes of surrogate motherhood. One of her earliest gifts to her goddaughter was this penguin camera.

Isabella with her penguin camera

A similar entanglement inexorably crops up every time one tries to portray childhood, a realm so rife with emotional significance that it is truly a minefield to interpret. Children unsettle us, whether we like it or not: they mark the outermost boundary of our experience, the farthest horizon of our secret hopes, the most fragile point in our emotional landscape. -Guido Costa, from Bambini, 2014

It is hard to say if Costa has a better handle on the nature of childhood than anyone else, but we are given a fresh perspective that is at least as plausible. Goldin has been credited as bringing to the public attention the “outsider” culture and in a way, that is what children are. It is as though they are aliens brought into this world carrying a unique wisdom. They grow up and assimilate into their respective societies only by forgetting that which they came with. A favorite novel which Goldin likes to quote is A High Wind in Jamaica. In it, the children adapt to the arbitrary rules of the pirates, living in a separate world whenever possible and then adapt again when returned to their parents—revising their own history as they go. 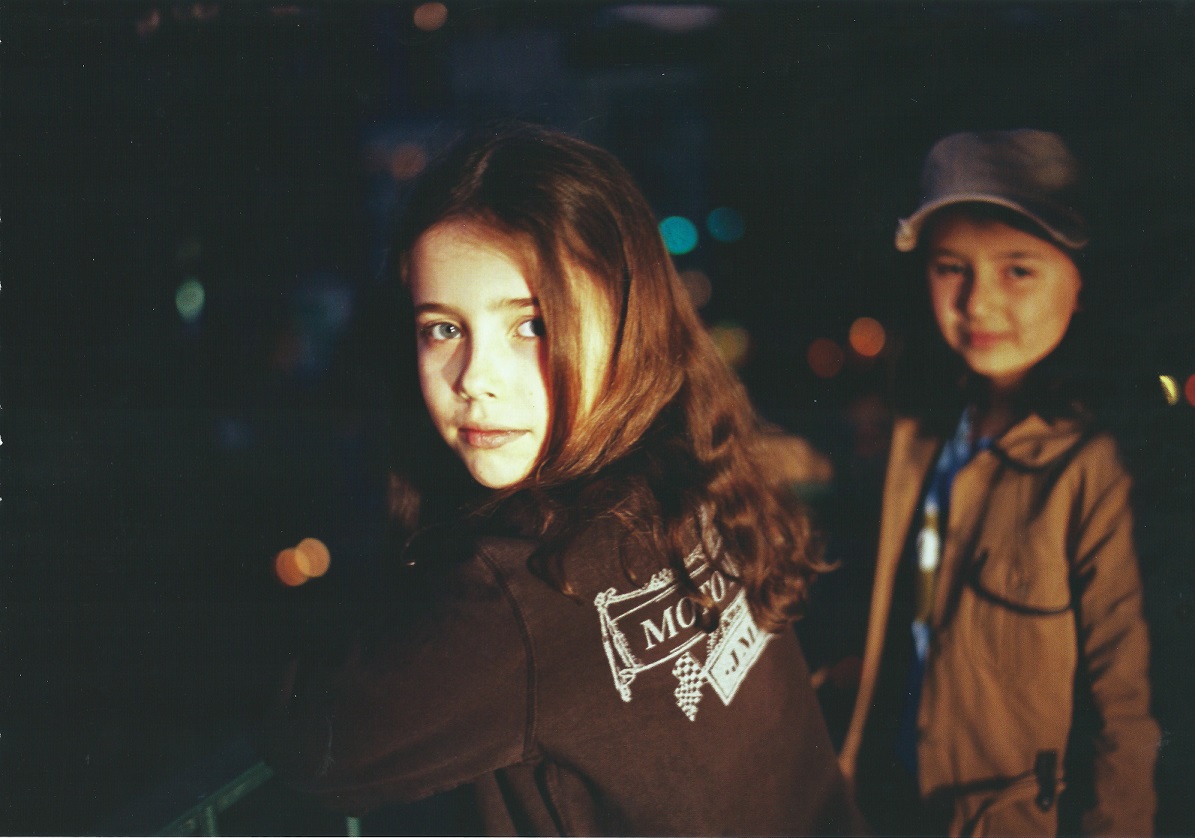 Nan Goldin – Sylvie and Violet on the fire escape, NYC, 2007

Much has also been said about how children are less shocked or self-conscious about nudity. Costa thinks this is wrong. He distinguishes between modesty, a cultural construct, and bashfulness which children express naturally. The special emphasis on genitalia and other “sexy” parts comes with a vengeance during puberty, but long before that, a child may be self-conscious about his or her knees, ears, teeth, hair, practically any body part.

Costa believes that if children were to write a code of propriety, it would be a very democratic one, allowing for the range of individual insecurities. They are also fully aware that their behavior is judged by a more liberal standard.

Children, all children, are darkly aware of their freedom with regard to taboos. I’ve discovered this by talking to my own children, who have often been photographed in the nude. they have never felt distressed or ashamed by the nudity in those pictures. They’re kids bodies, they told me, assuming they were subject to different laws, different spheres of meaning. -Guido Costa, from Bambini, 2014 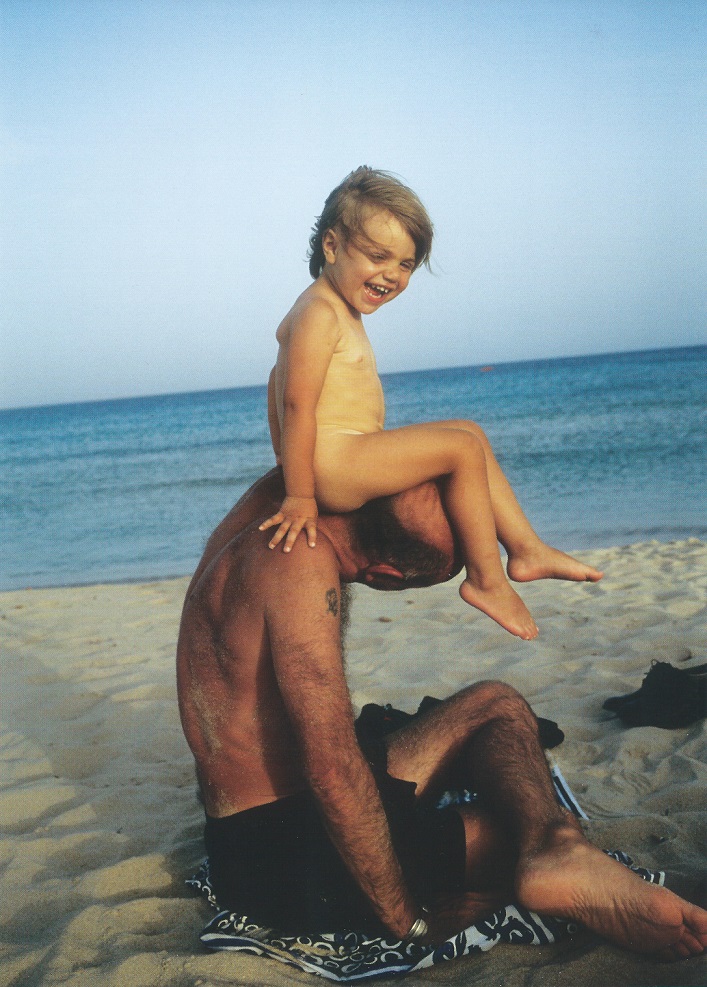 Your sadness, your shadow,
whatever it was that was done to you
the day of the lawn party
when you came inside flushed with the sun,
your mouth sulky with sugar,
in your new dress with the ribbon
and the ice-cream smear,
and said to yourself in the bathroom,
I am not the favorite child.
-Margaret Atwood, from ‘A Sad Child’, Morning in the Burned House, 1995

Parents and family members try to pretend they do not play favorites, but children are savvy to this pretense. Goldin does not compound this insult by making any such claim. A small section of the book is dedicated one of her favorites, her “little prince”, Elio. 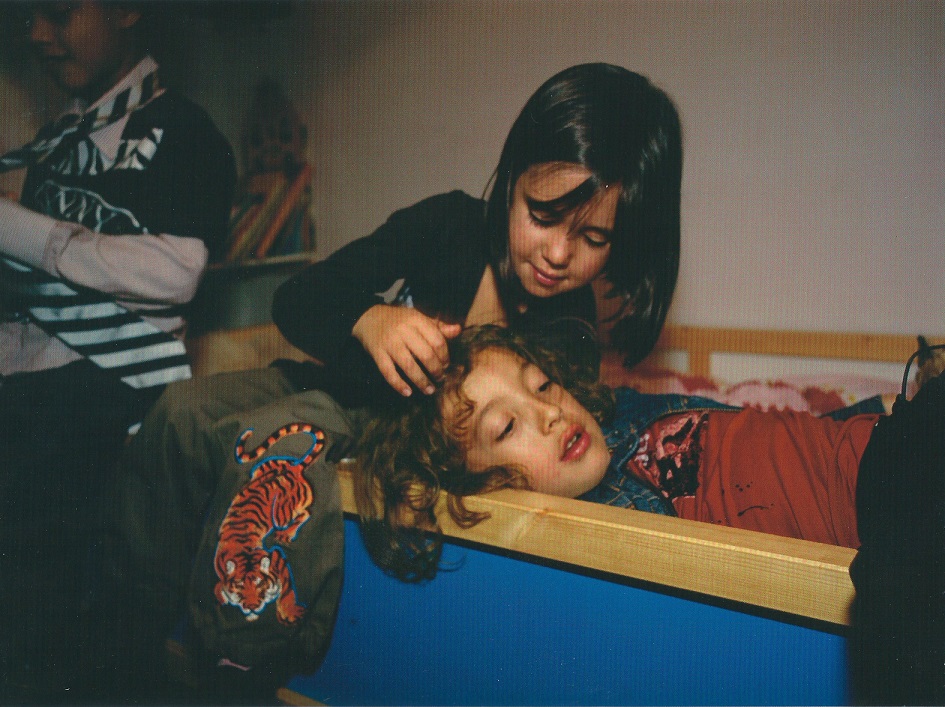 The book endeavors to capture the more salient aspects of growing up. Goldin is careful not to overly interpret an image and so the viewer is offered moments of raw reality. Though it is not organized chronologically, the structure is not haphazard either. The themes and presentation of images is reminiscent of a musical composition which develops organically yet manages to encompass everything from pregnancy to teenagers. 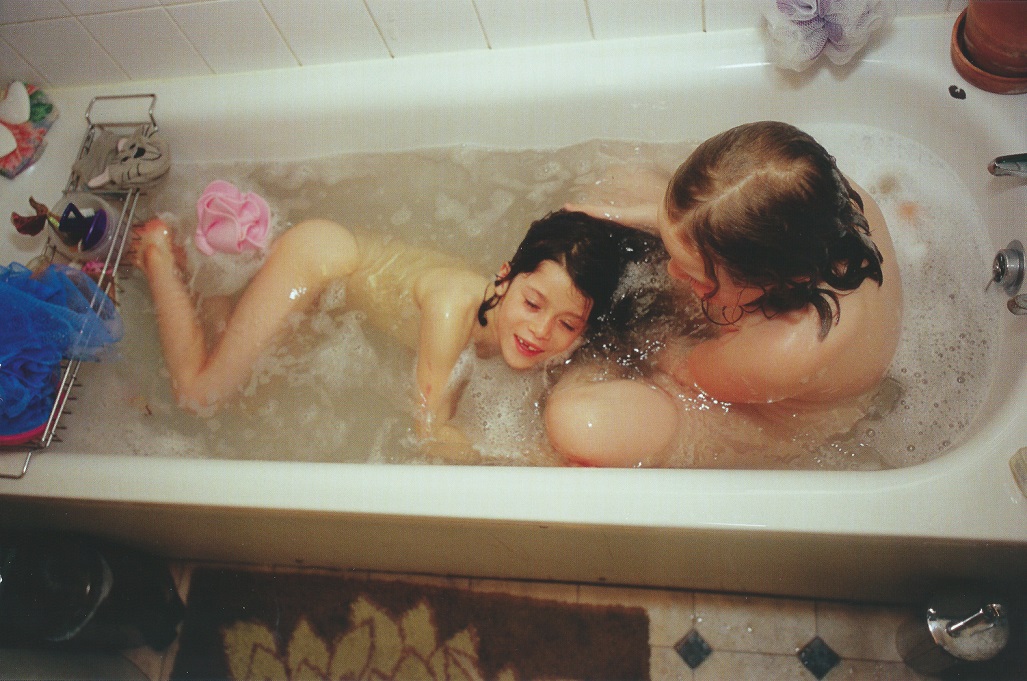 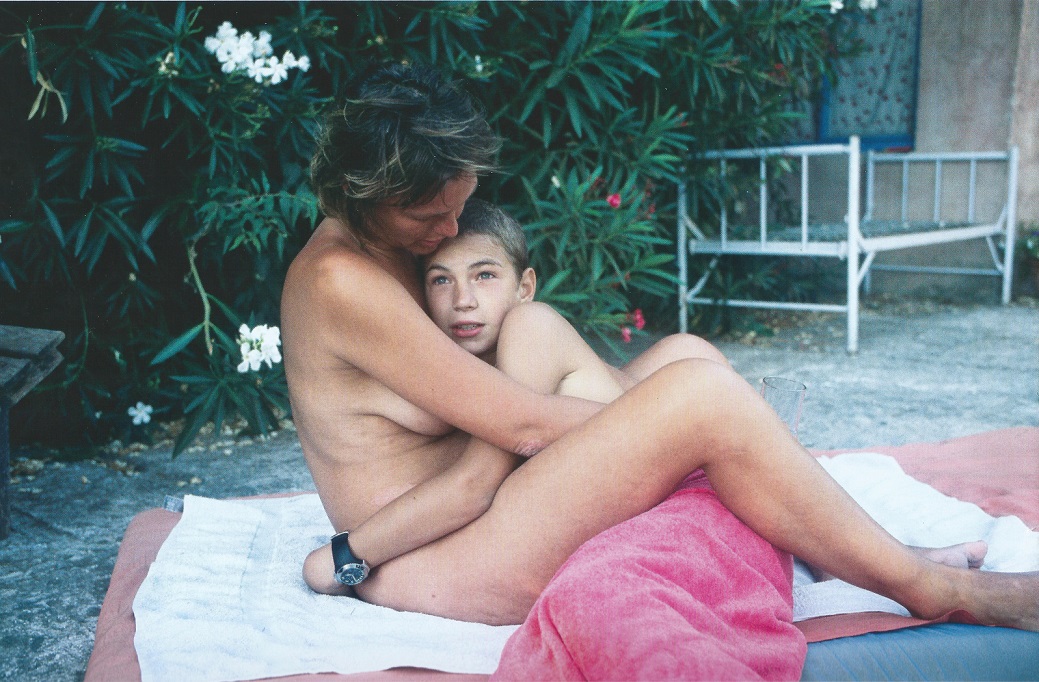 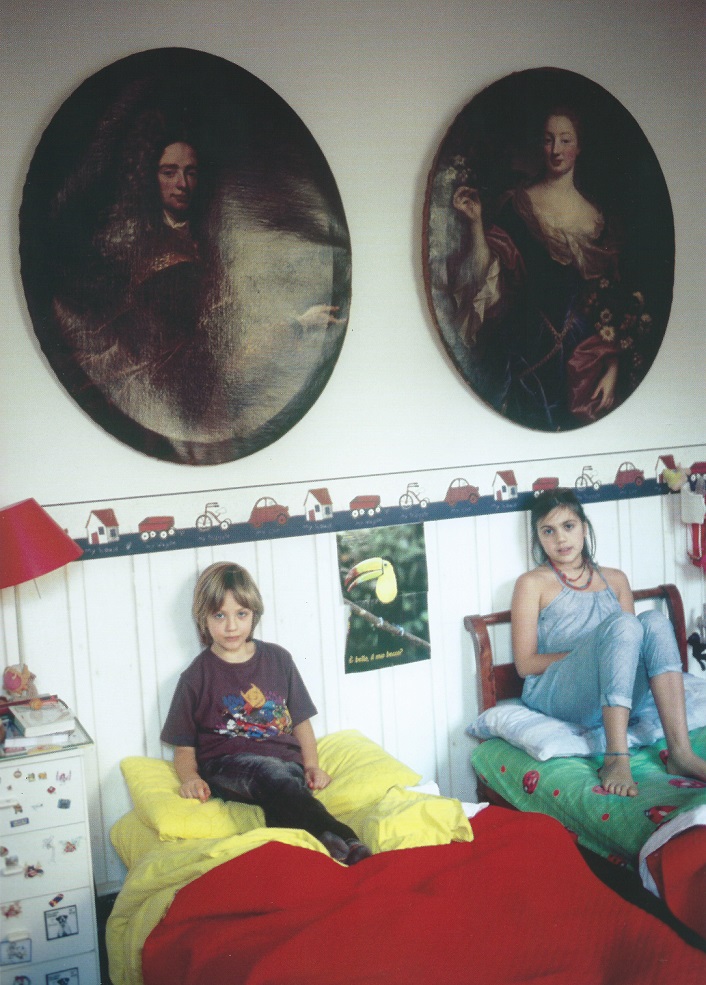 Nan Goldin – Eugenio and Isabella in their room, Torino, 2011

Today, Goldin works mostly out of studios in New York, Berlin and Paris.

5 thoughts on “Beyond Sentimentality: Nan Goldin”