A legal expert has examined this post and has some amendments about what I have said here.  To avoid confusion for those who have read this before, those amendments will be in italics.

I originally decided to share this tidbit as an update in the last Maiden Voyages post and then I realized I had access to both the images in question and, whenever possible, we like to bring these things to you, the readers, to judge for yourself.

Although Graham Ovenden was tried, convicted and is serving his sentence*, there is still the matter of the disposition of the materials confiscated by the police.  In a recent hearing, the police were compelled by the court to make a small concession. Although they have been implying in the press that taking a picture of a nude child is illegal, they confirmed that the act, in itself, is not technically indecent and so not necessarily illegal.

The bizarre twist to this hearing has to do with two images. First of all, they want to destroy one of Ovenden’s paintings. 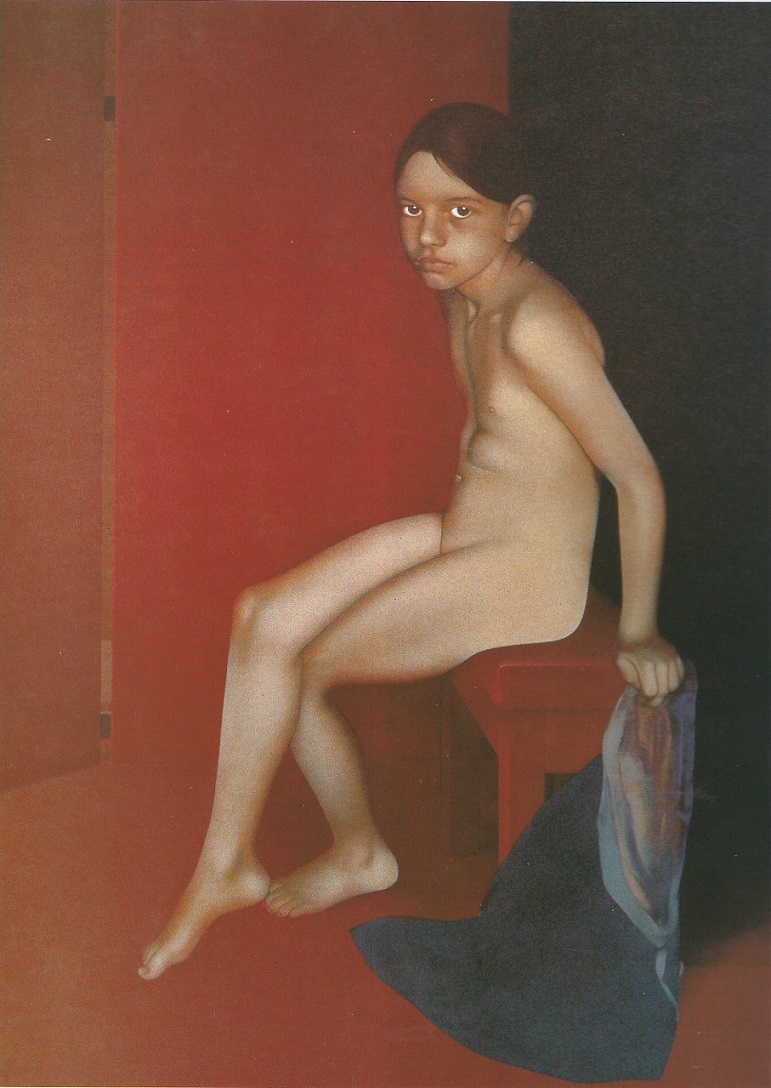 One of the problems of U.K. law is there is no distinction given to art. It does not matter if a work is produced with skill by a reputable artist; if it is deemed indecent, it is illegal. The strange thing is the police were surprised to discover that this piece appeared in Ovenden’s monograph published by Academy Editions in 1987. It seems they have not done even the most rudimentary research about the images they are referring to. This piece was also on exhibit at the Tate Modern and was reproduced in a number of newspapers in the 1990s, some in color. It is estimated that approximately 3.5 million people have seen this image in published form with little substantial comment. On the other hand, nude reference photographs of this same model were not slated for destruction.

This seems counterintuitive since, to take a photograph, a child would have been made to participate while a painting could plausibly be the product of the artist’s imagination. There is hope, however, because of the judge’s decision regarding another image.

This image was also published, in Graham Ovenden’s Childhood Streets (1998) which documented his photography of the London streets in the late 1950s when he was a young man. This girl is shown lifting her skirt to show her private parts to the public. In fact, this is a bona fide photo of child prostitutes. Ovenden learned later that that particular saloon was well-known for such traffic at that time and that this girl’s display was a form of advertising. The strange thing was that the judge would not allow its destruction. Why? Because it is documenting something of historical significance.

The decision not to destroy this artifact turns out to be solely at the discretion of the judge. There is no basis of historical significance to protect these pieces either; the judge simply wanted to offer her explanation for the decision.  Therefore, the strategy mentioned below will have no legal justification but might still be used to persuade another judge in the next hearing.

This judgment may open the door to saving the painting as well.  Perhaps a similar argument could be made about a painting published in hard copy form and exhibited in museums.

*I am told that some readers have misunderstood about Ovenden’s sentence.  He is currently serving the probationary period of his sentence and is not actually in prison, but his activities are still restricted.  Upon completion of sentence, he will be at full liberty again.

6 thoughts on “There Is No Order in the Law”