Thomas Cooper Gotch began his professional life in the boot and shoe business.  Then it happened that in his twenties he enrolled at the Slade School of Fine Art in London.  There he was friendly with Henry Scott Tuke; Tuke is distinguished for having almost his entire oeuvre consisting of nude boys.  Tuke, Gotch and fellow Slade student and Gotch’s future wife, Caroline Burland Yates, became associated with the Newlyn art colony, first visiting in the late 1870s and residing there during the late 1880s.  The Newlyners were mostly Methodist teetotalers and are remembered for their en plein air realist rural style.  Gotch, however, is not remembered for his Newlyn period works despite being an associate of James Whistler and one of the founding members of the New English Art Club.

Gotch and his wife relocated to Florence in 1891 which had a significant effect on his style. 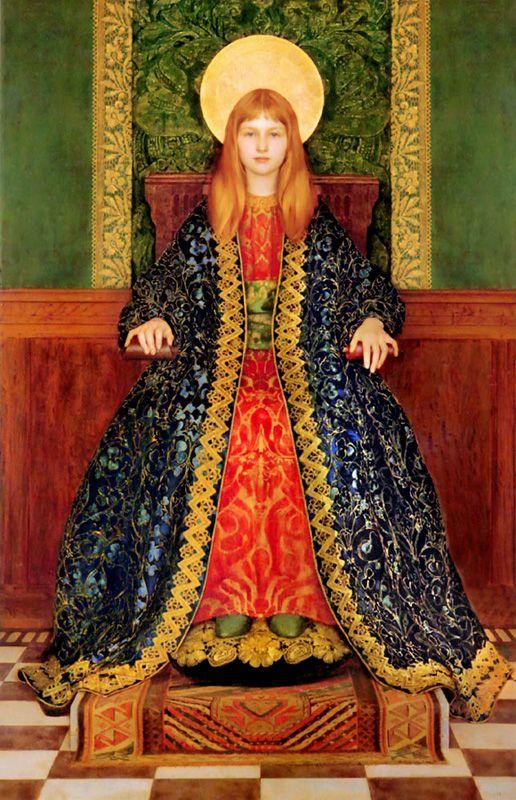 Gotch then began to compose in the manner for which he is best known: called by Pamela Lomax “imaginative symbolism” in her book, The Golden Dream.

Together with the other Pre-Raphaelites, Gotch was inspired by Medievalism as is evident in his Alleluia (1896). 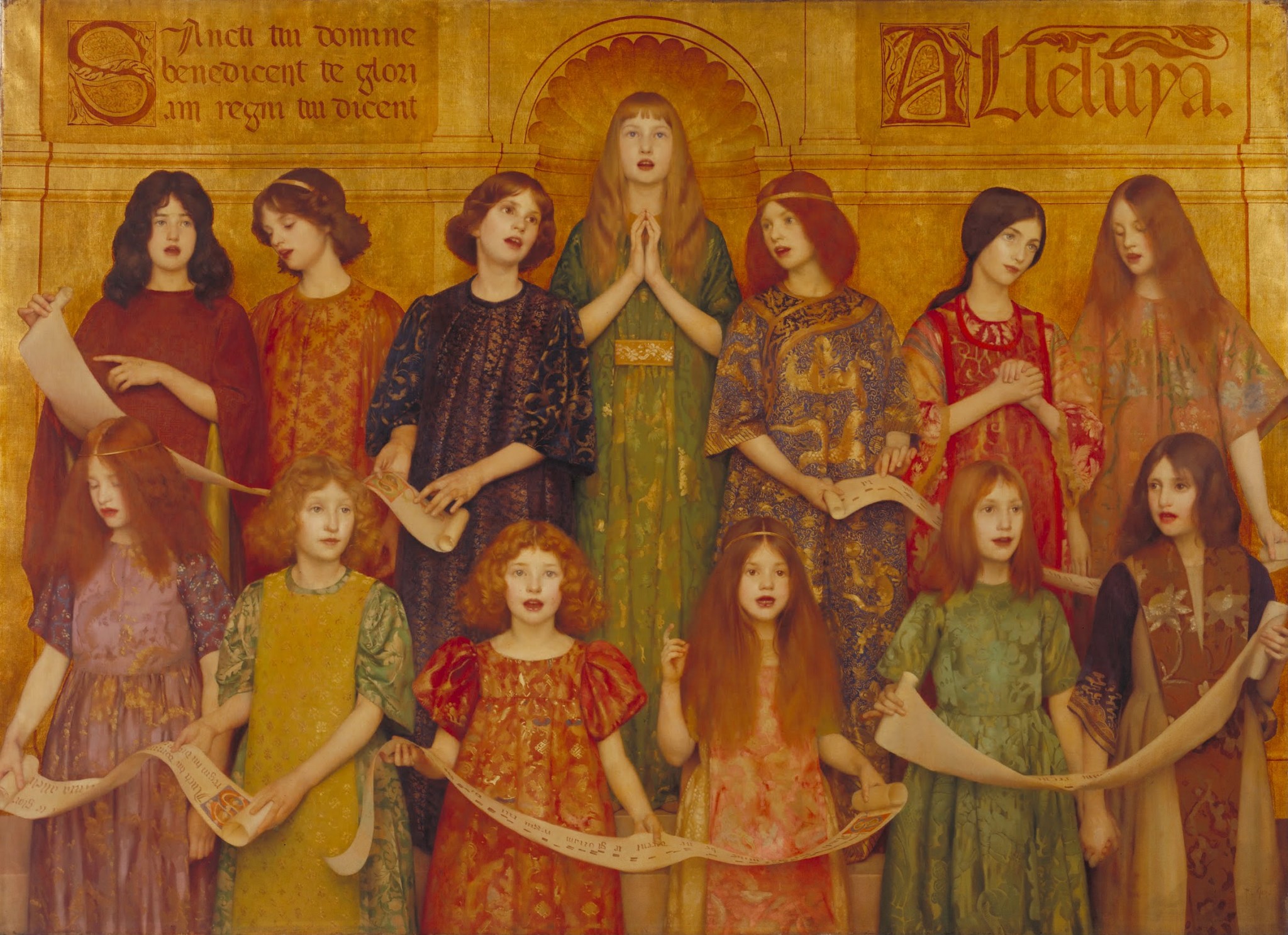 Gotch’s daughter Phyllis appeared in several of his paintings, as well as modeling for the Newlyn-associated artist Elizabeth Forbes.  The Gotchs traveled extensively, not only in Italy, but France, Belgium, Austria, Denmark and Australia and South Africa too.  Gotch was fortunate to have enjoyed recognition during his lifetime.  In his older years he continued to paint children in an increasingly textured style. 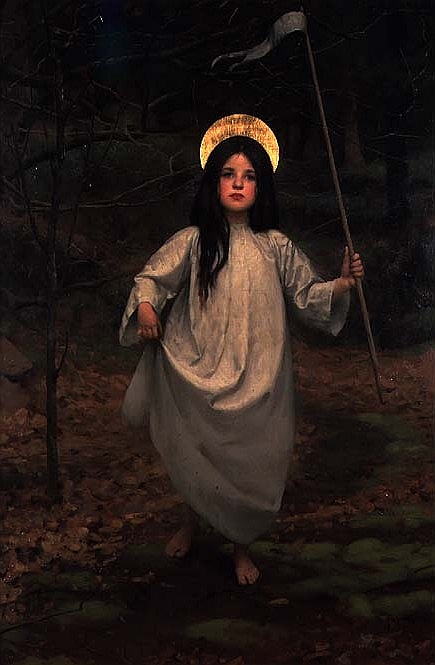