Reading RJ’s post about High Feather and after-school memories made me think of the times my sister and I would come home from school and watch cartoons. It seems strange now, but I remember us getting jazzed about watching He-Man and Masters of the Universe. I guess it was just something to do because the plots were obvious, the characters totally unbelievable and there was this annoying moral at the end of every story. However, there was this cute superheroine that appeared in two episodes so I get to share my reminiscences with you.

She is called the Starchild and besides being cute as a button, she has superpowers which others are trying to use for their own selfish purposes. 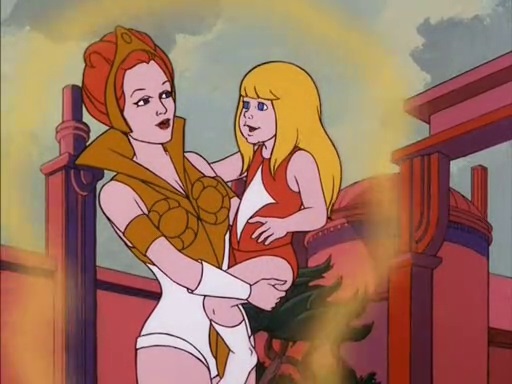 In the first episode she appears in, two factions are arguing over custody and the main characters have to intercede in the best interests of the child. She has the power to make people like her, but her powers can be used for protection when needed. To demonstrate that she gets manhandled quite a lot from people, ogres and other creatures in the first episode. 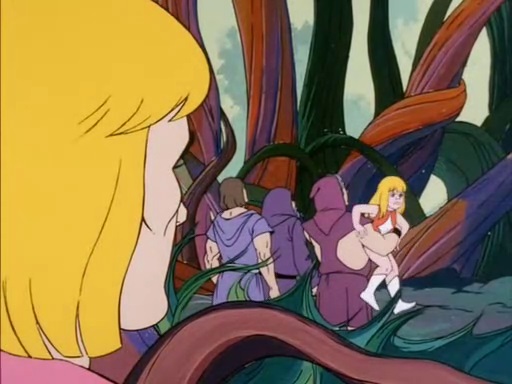 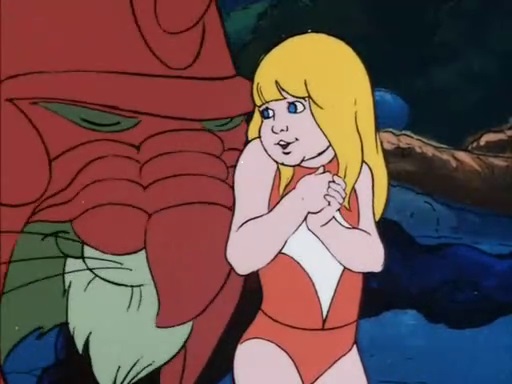 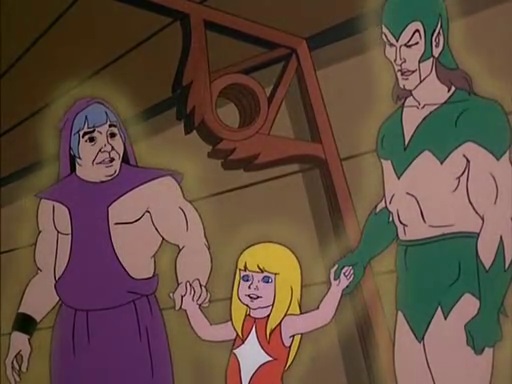 In the second season, she is abducted by a sorceress who desperately needs her as barter so she can free her father from the Realm of Evil. In the end, Starchild has to help our heroes get through a portal to escape from that realm. 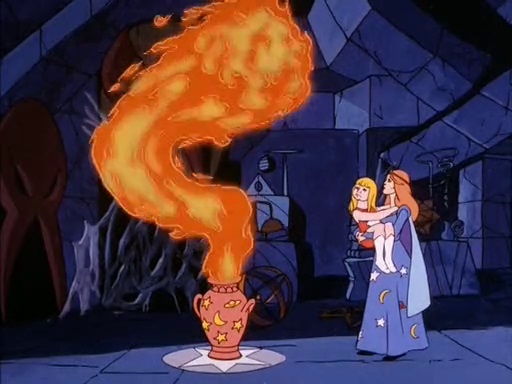 Growing up, I figured that He-Man was just another kids show until I started watching the Sut Jhally videos. It happens that when my sister and I were in school, regulations regarding prime time children’s television were severely relaxed and programmers no longer had to pretend to provide educational or uplifting material to young viewers. He-Man was the first show invented completely to sell toys (Mattel action figures). The idea was that kids would walk to their drugstore or whatever and collect the figures—crying to their parents the whole time until they got what they wanted.