It is now commonplace with digital cameras and social media for young people to express themselves. Some of these expressions are controversial and have lead to debates about personal freedom versus protection. When new technological developments become ubiquitous, it is hard for the new generation to imagine what life was like before. How did we ever manage?

I came upon this image on a sales site and just had to keep it in my files. I find it curiously compelling and I was especially delighted to learn that the photograph was shot by a child and there were once organizations promoting the development of artistic expression in children. 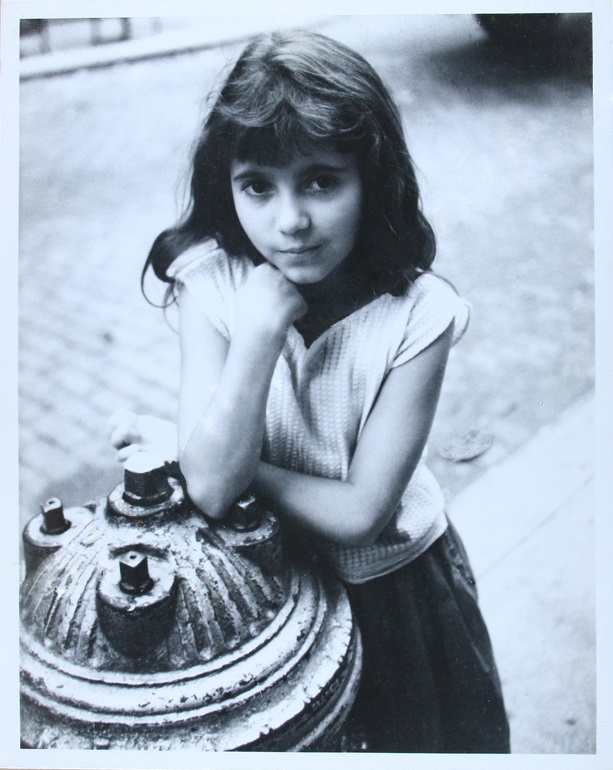 I was intrigued by the following commentary:

This is a black-and-white print of one of the 28 color photographs in an exhibit entitled THE CHILD AS ARTIST adjacent to the theater in the U.S. Pavilion at EXPO 67. The attached 8 × 10-inch glossy and the four-foot color prints on display are enlargements from 3¼ × 4¼-inch Polaroid Land Polacolor photos snapped by children who previously had never used a camera. The 8 to 12-year-old youngsters from the Henry Street Settlement House in New York City shot the pictures on display and many others during a six-week summertime course aimed at “teaching them to ‘see’, to recognize and use visual language—color, shape, relationship of forms and content.” Disciplining their ability to “see” was done through the viewfinder of an instant-picture Polaroid Land camera which their instructor, professional photographer Miss Susan Wood, selected “as a teaching tool because they could see their results in 60 seconds and improve by reshooting on the spot.”
The 28 enlargements in THE CHILD AS ARTIST exhibit were made and donated by Modernage Color, Inc., of New York.

I asked an associate to look further into this but the current staff at the Henry Street Settlement were unable to add anything substantive and nothing else is known of Wood. Some arts programs are being offered at the Abrons Art Center which is associated with Henry Street such as: Big spaces/big art, Saturday morning cartoons, Fragmenting Realities: Still and moving digital images and Studio collectives. However, none of these programs offer anything similar in scope and breadth to the “freelance” or “street” photography genre that had been previously offered. Of course, the logic may be that with the proliferation of digital cameras and phone cameras (and tightening arts budgets), there is little benefit to a supervised program like this. In those days, 60-second photography was an exciting innovation; today, it pales in comparison to Photoshop and instant messaging.