Pati Bannister (1929–2013) was born in London and knew at a young age that she wanted to be an artist. By age 13, she was already illustrating books.

“I started drawing as soon as I could hold a crayon. My mother saved some of my work done when I was two in a family album. My father was one of England’s most noted artists. I was surrounded by creativity, and drawing and painting were an integral part of my life…Yet I knew I didn’t want to do real portraits all my life, I wanted to do faces I imagined…”

She emigrated to the United States in 1952 and became an American citizen. In the late 50s, she moved to Florida where she met and married Glynn Bannister who recognized her talent. He not only encouraged her to pursue her art, but used his business acumen to help her become commercially successful. Her earliest efforts were in New Orleans then the couple settled in Gulfport, Mississippi where the artist painted and made bronze sculptures in a studio overlooking a bird sanctuary and beach. Due to the devastation of Hurricane Katrina, Bannister shut down her studio and retired from the print market in 2006. Her originals were once housed at the now defunct Teri Galleries in Metairie, Louisiana and it is not known if they will be made available again for public viewing.

Bannister painted girls and women exclusively using acrylics, oil and pastels, but her favorite medium was egg tempera. As an avid seamstress, she paid special attention to the detail of her subjects’ clothing. She did not use live models, claiming that when she got an idea, she could visualize it as a finished color painting. However she did make use of real backgrounds and props from her personal collection. Her fondness for flowers is unmistakable and specimens from her own garden also served as models. She said she always kept an eye out for some interesting item she could use in a future painting. She successfully captured the essence of the Southern sensibility and her girls and young women offer us an idyllic dream of beauty. However, one cannot help but feel that, under the surface, there is a seething desire to be liberated from the pretty constraints of the Southern Belle. Bannister’s work has been featured many times on the covers of magazines and gallery catalogs.

“The arts are our humanity. Without the arts we are just animals; that is what makes us different.” 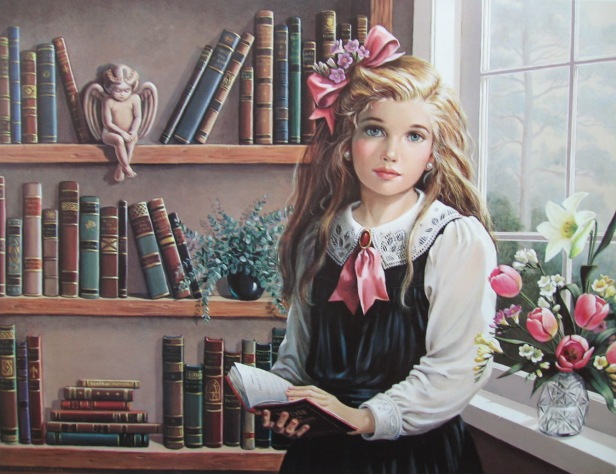 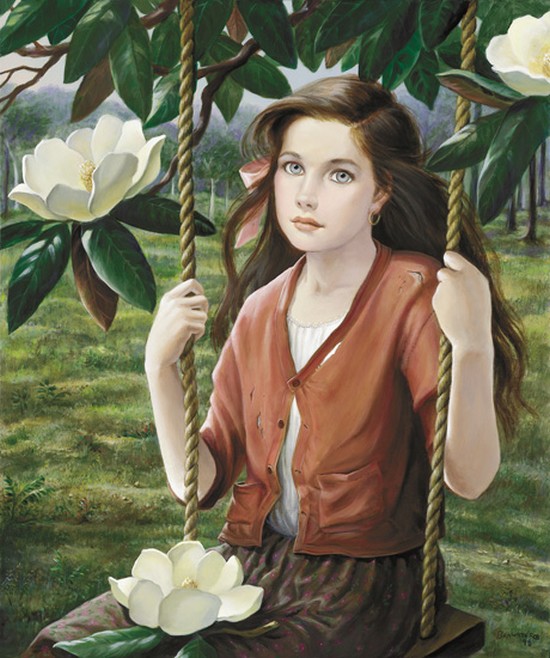 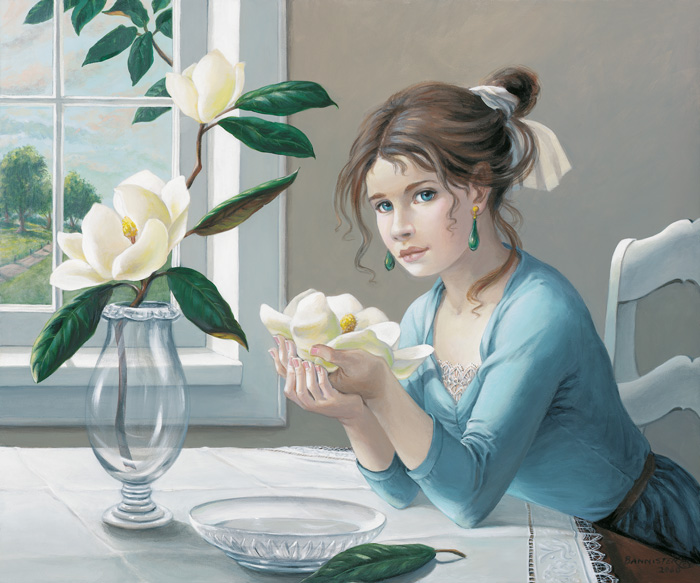 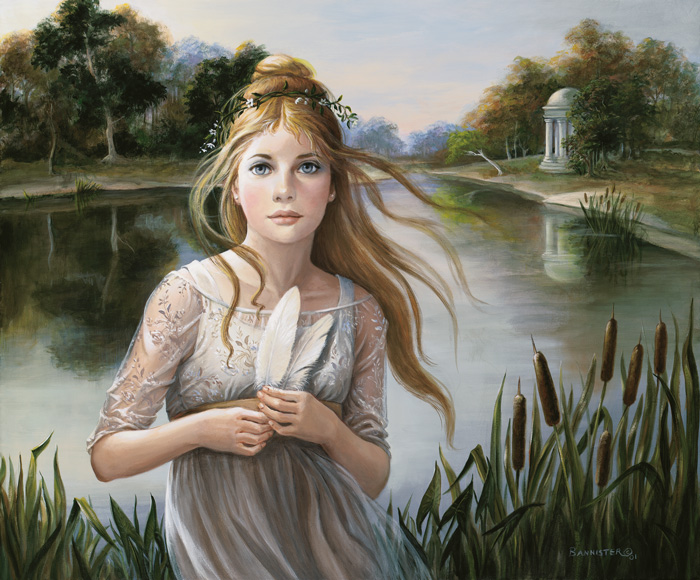 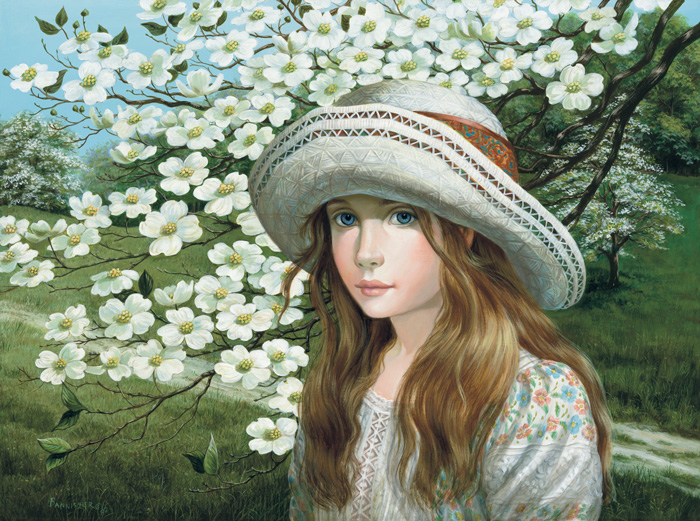 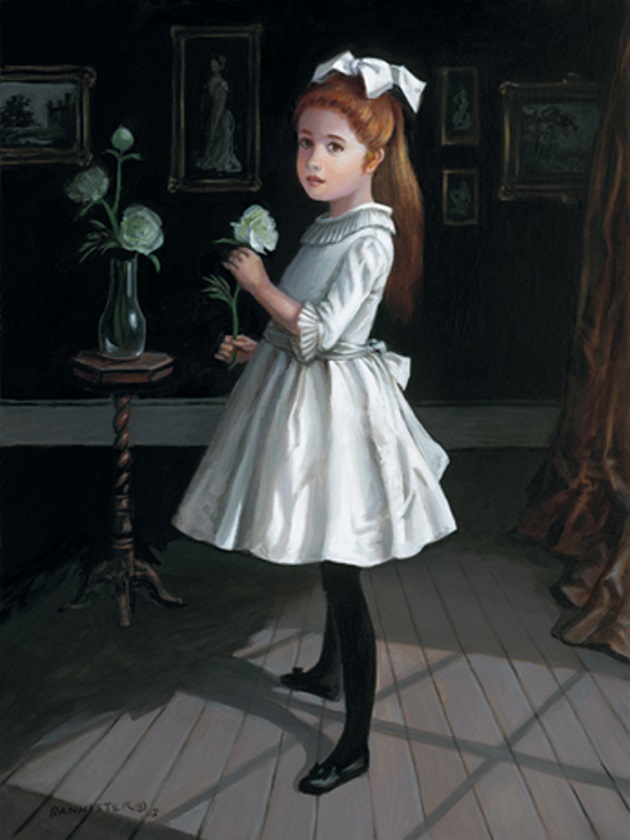 Bannister was a prolific artist and her prints can be readily found advertised on the secondary market.