When I came up with the idea of having a series of “comparative anatomy” posts, I knew they would come in two major forms. First, there would be the somewhat more serious sex education material and my first post covered a classic example, namely Will McBride. The second form would cover the more light-hearted situations when children take conscious notice of the difference in gross anatomy between boys and girls. In societies that are not sexually repressed, any adults privy to these “discoveries” would merely regard them with amusement as a rite of passage.

When I purchased this bronze figurine (about 35 cm high), I assumed it was just a beautiful nude study. It appeared to be a German girl spending a moment of quality time with the family dogs before getting dressed.

But when I was able to examine the statue more carefully, I noticed the way the girl was holding up these obviously male dachshunds and the direction of her gaze. She was apparently contemplating the peculiarity of the male anatomy. 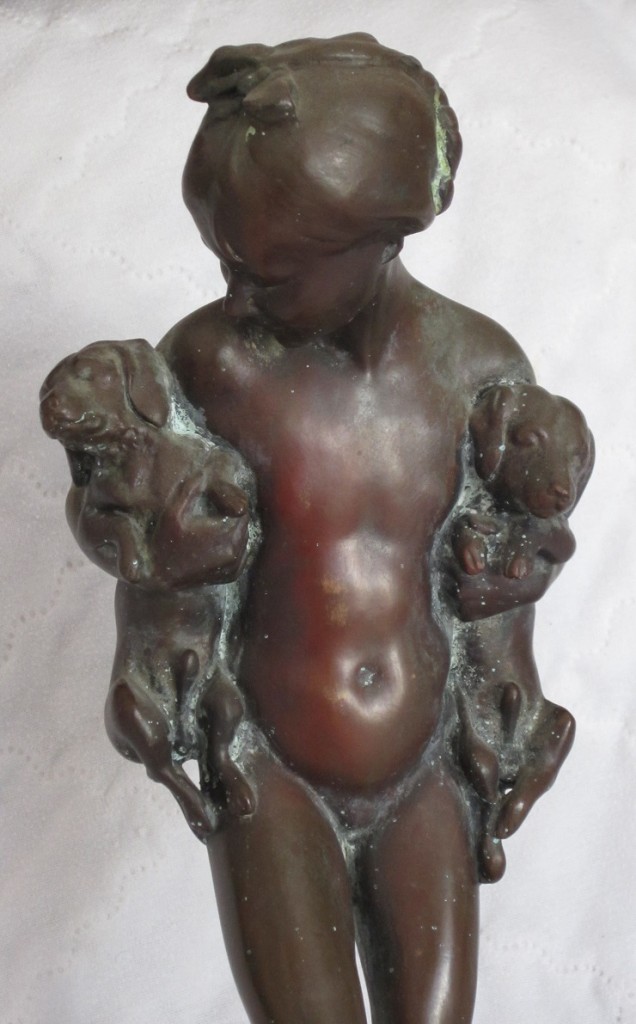 It is hard to make out the expression on the face because the girl is looking down, but instead of puzzlement—she would really be too old for that—she appears to regard this state of affairs with a kind of existential bemusement. 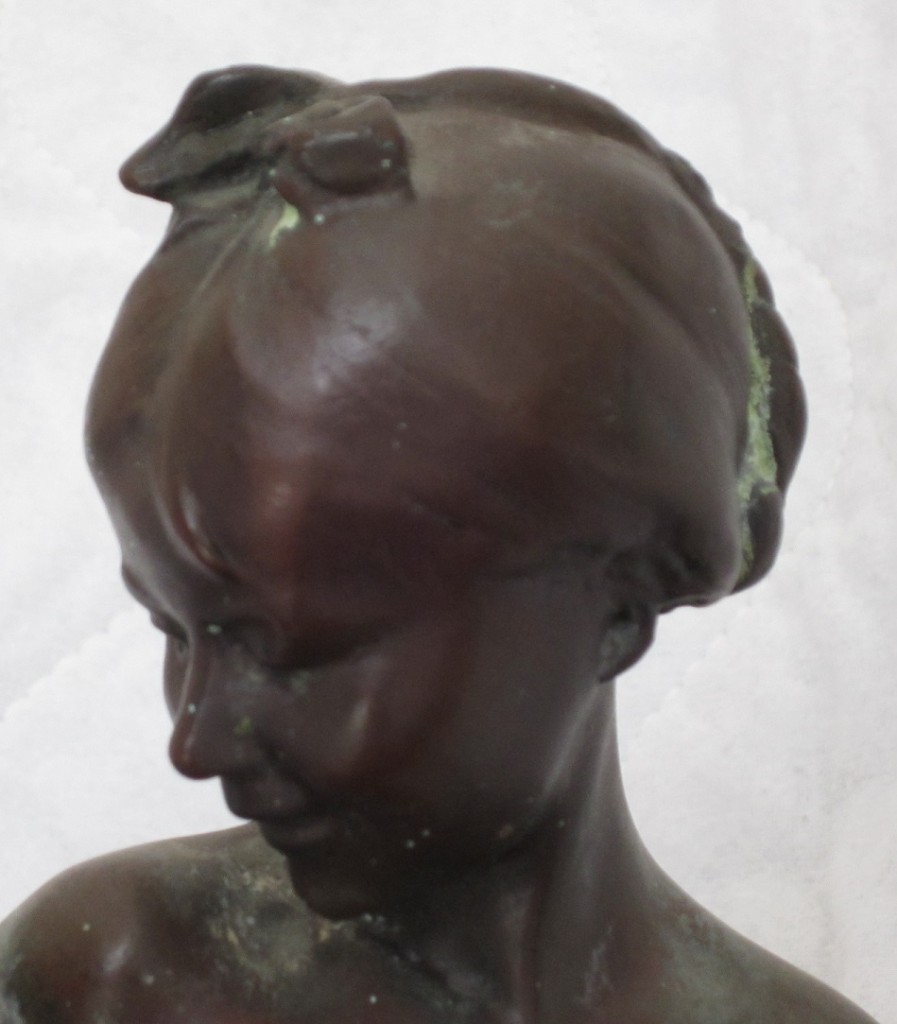 The piece is clearly a reproduction—probably part of a short run—and there are various braces and holes to indicate that it may have been part of a fountain or mounted on a plinth.  I originally looked for signs of an artist’s name or date but could find none. Fortunately a reader took an interest in this piece and provided the Artist’s information.  The title translates as “Girl with Two Dachshunds”.  I am told the artist also sculpted other child nudes, but this one is perhaps the most famous.

If any readers can come forward with other on-topic images of sculptures by this artist, it woudl be much appreciated.  -Ron