Akiane Kramarik was born in 1994 in Mount Morris, Illinois.  Her American father and Lithuanian mother identified themselves as atheists; and then surprisingly, their daughter began to have intense spiritual visions in which she would meet God “face to face”. 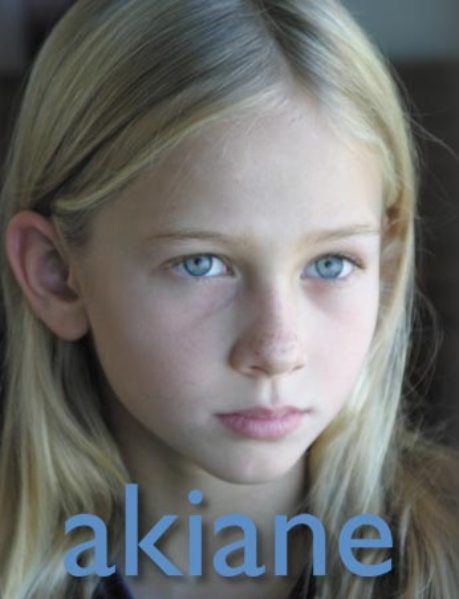 This was not initially easy to accept as her mother Forelli remembered, “At first I thought it was a nightmare.” (Evening Magazine.) Her father Mark was also caught off-guard, “It sort of took me aback because we never read the Bible and didn’t have any kind of spiritual connection.” (CNN) 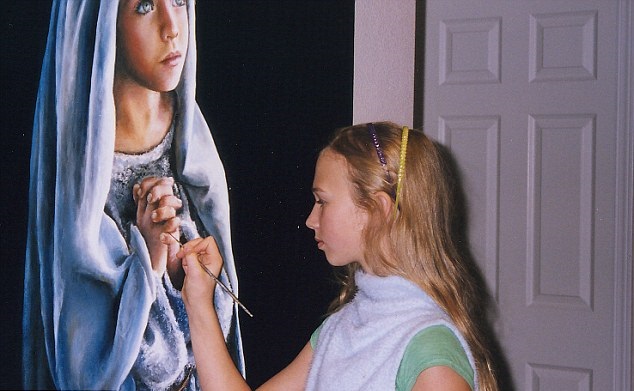 Akiane began having spiritual visions at age three; the following year she picked up art tools to express the things she was experiencing.  “I was just so surprised at the impeccable images I had in my head that I just had to express them in some sort of physical matter.”  (Sally Lee, Daily Mail, January 30, 2015.)  She quickly progressed from sketching to pastel by five, then to acrylic at six, and finally to oil. 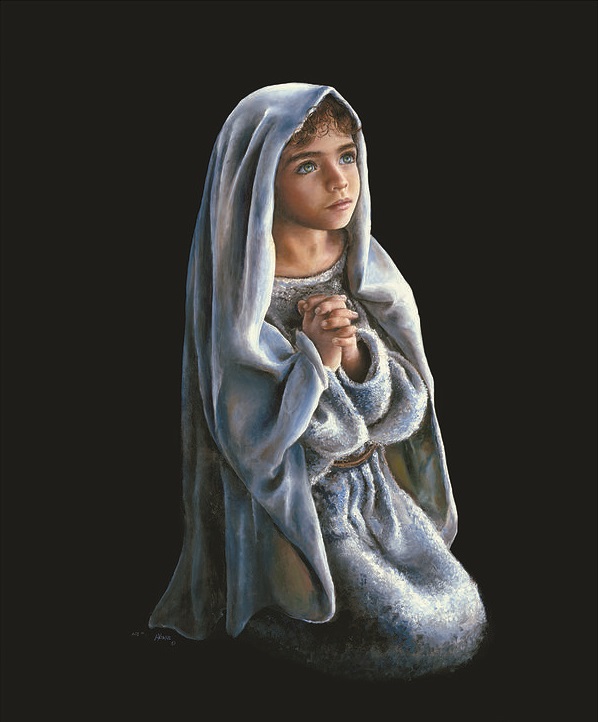 Her mother speaks of this process as follows,

“It wasn’t just art that was happening. Simultaneous with art was a spiritual awakening…. It all began to happen when she started to share her dreams and visions. … We didn’t pray together, there was no discussion about God, and we didn’t go to church. Then all of a sudden, Akiane was starting to talk about God. … We were with the kids all the time, and so these words from Akiane about God didn’t come from the outside—we knew that. But there suddenly were intense conversations about God’s love, His place [in our lives], and she would describe everything in detail.” (Marry Berryhill, Today’s Christian, July/August 2004.)

Akiane’s parents soon joined the church, while she herself remains spiritual but does not consider herself a member of any denomination or religion despite frequent Christian references in her art.

Akiane’s family did not have an artistic character.  Akiane describes her painterly education thus, “I am self-taught. In other words, God is my teacher.” (In5d, Indigos, April 26, 2011).  Nonetheless, she was soon recognized as a prodigy.  In a few short years she appeared with Oprah, CNN’s Lou Dobbs, ABC’s Peter Jennings, Katie Couric and  Diane Sawyer on Good Morning America, Craig Ferguson of The Late Late Show, and Robert Schuller on the Hour of Power.  Her paintings sold for upwards of fifty-thousand dollars, and hung in locations such as the U.S. embassy in Singapore. 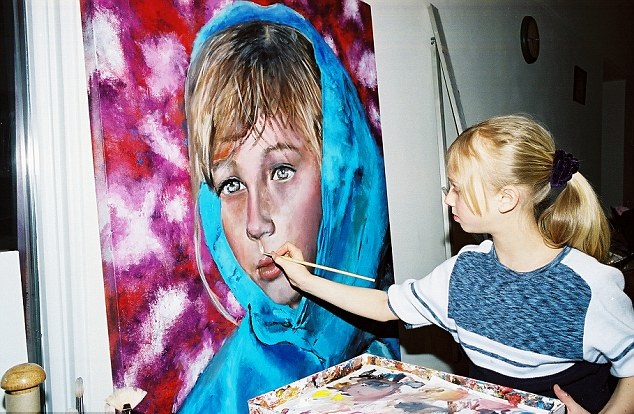 Photographer Unknown – Painting ‘My Sight Cannot Wait for Me’ (2002)

Akiane is highly dedicated.  She paints six days a week, rising at three or four a.m. and paints for as many as fourteen hours a day; some works take months and hundreds of hours to complete. 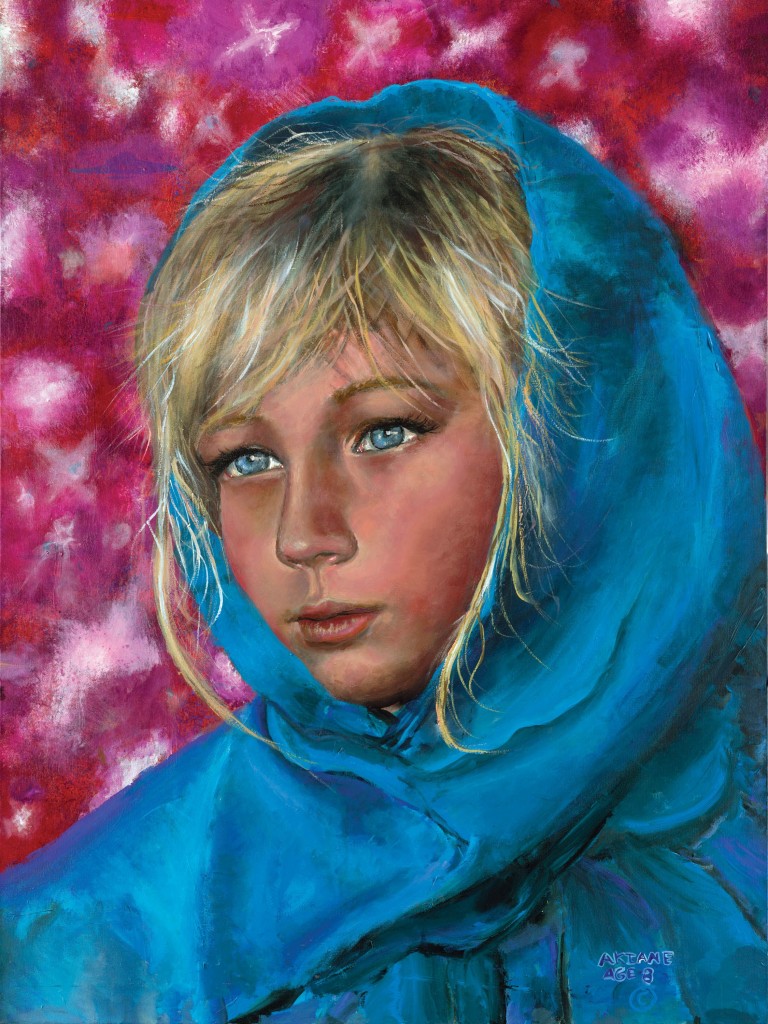 Akiane’s art can mostly be described as either realist or surrealist.  Often times, she herself does not know the meaning of the images she has seen in visions and feels compelled to paint.  She said, “God gave me more ideas I don’t even know what the meaning is, like pyramids, I really don’t even know that meaning….” (CNN)  Her mother said of these fantastic dream images,

“When she was talking about these galaxies and intergalactic experiences and God, I knew whatever she was seeing, something was really there for her.”  (CNN) 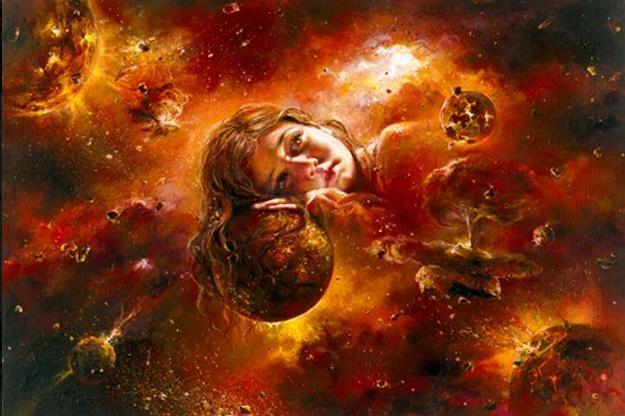 As a girl artist who often made a girl the subject of her work, she might be doubly interesting to Pigtails readers.  In fact, many times that girl subject was a self-portrait.  Described as an indigo child and dedicated to God and love, it’s probably appropriate to find girls and particularly one so angelic as herself in her paintings. 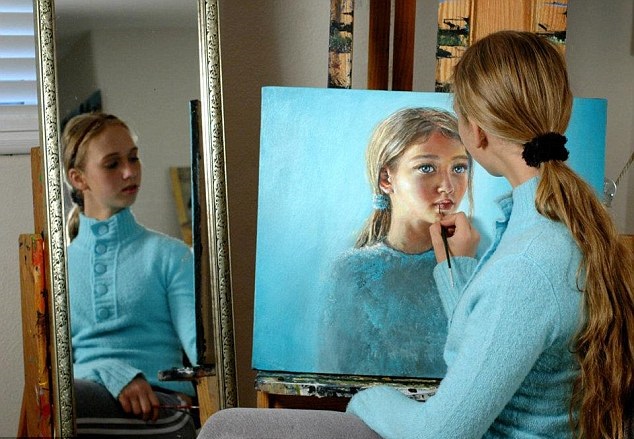 Akiane has traveled to thirty different countries and is currently residing on the Gold Coast in Australia.  She is fond of animals and since the age of twelve, her compassion for other living souls has motivated her to practice veganism.  She is home-schooled and studies largely only what is interesting to her personally.  Akiane speaks five languages including American Sign Language and has contributed significant funds to children’s charities. Akiane’s painting and the publication of two books have earned her millions of dollars.  Rich, beautiful and genius, she has quite a lot going for her.  Despite all that, she remains humble and committed to sharing what she’s been given.  “I really love sharing my gift with others. At the same time, I’m just a normal kid having fun and that’s what life is all about—having fun at the same time as helping people.”  (rememberwhoweare, October 20, 2011.) 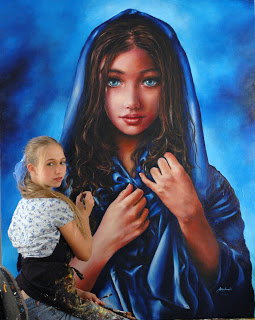 Akiane has occasionally faced criticism.  Some people accused her of being a fraud; others called her technical proficiency lacking, and some were offended by the religious content.  She recalls, “People wanted to burn all my works when we tried to display them in public.” (Sally Lee, Daily Mail, January 30, 2015.) 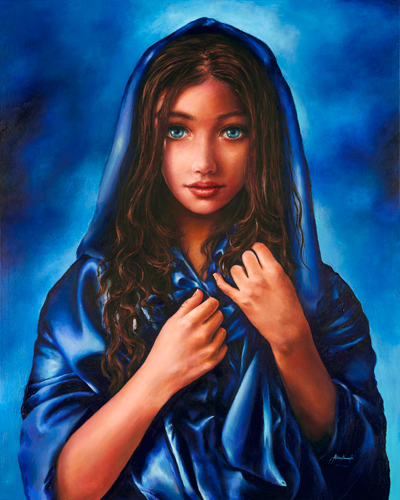 Akiane had some profound insights on art and children,

“Portals of divinity are everywhere. I believe that children may enter these divine portals easier, because they are seeking for answers in the purest way.” (In5d, Indigos, April 26, 2011)

“Infinity imagines curiosity from the wild abyss—Only the child makes a swing-set view of the worlds upside down. Unwatched truth is the enchantment of childhood.  And we never grow out of it…” (rememberwhoweare, October 20, 2011) 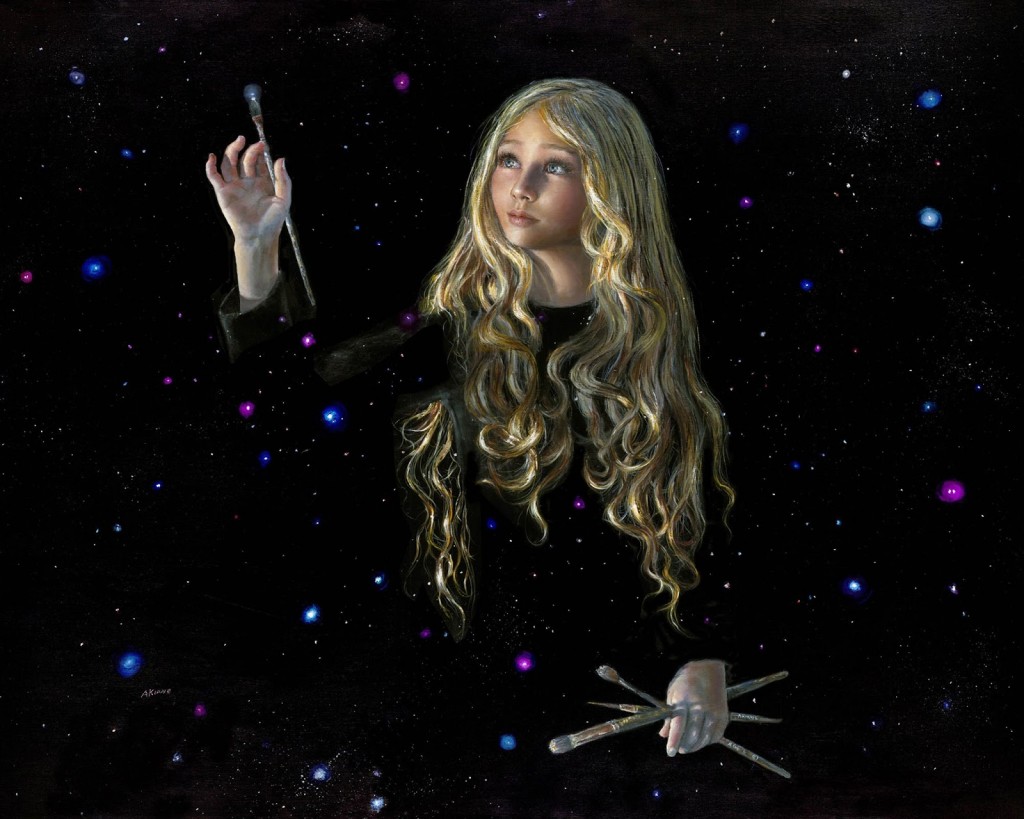 Akiane has a personal site online which can be found here.