As photography became the mainstay of advertisers, it became necessary to hire live models. Even though commercial art can be formulaic with occasional breakthroughs quickly spreading throughout the industry, sometimes certain campaigns manage to retain a certain charm. For me, Eiderlon panty ads hold that charm. These ads also give us a taste of the evolution of marketing and social standards in America.

Up until 1960, Eiderlon was still making extensive use of illustrators and their panty ads appeared to be watercolor compositions with simple comprehensible figures. By the mid-1960s, photographic models were used. Adult women’s breasts could never be shown in mainstream advertising—either posing away from the camera or having their flowing hair or arms strategically placed—but showing a little girl’s bare torso was usually acceptable. Also, the company was still engaged in a more primitive mode of advertising—focusing mostly on the product’s features, especially comfort. 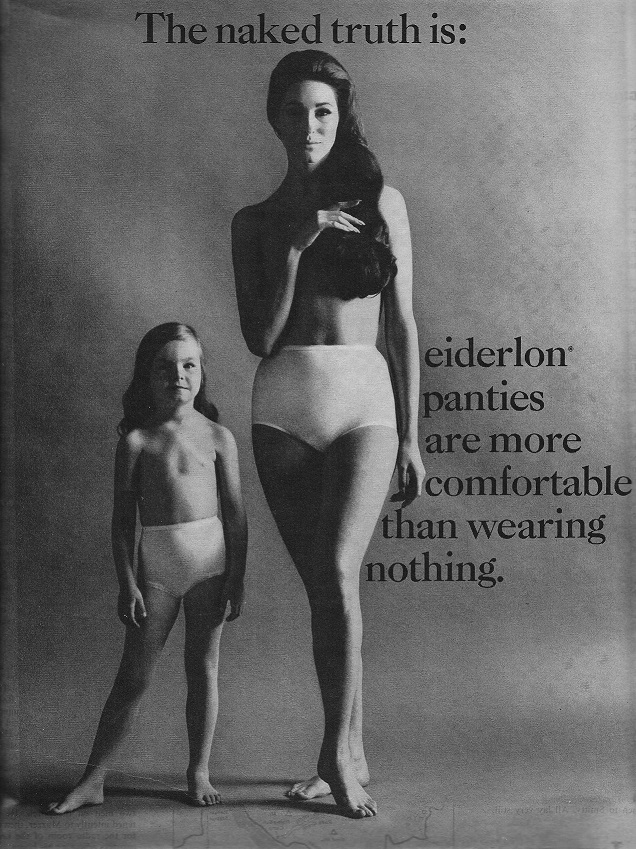 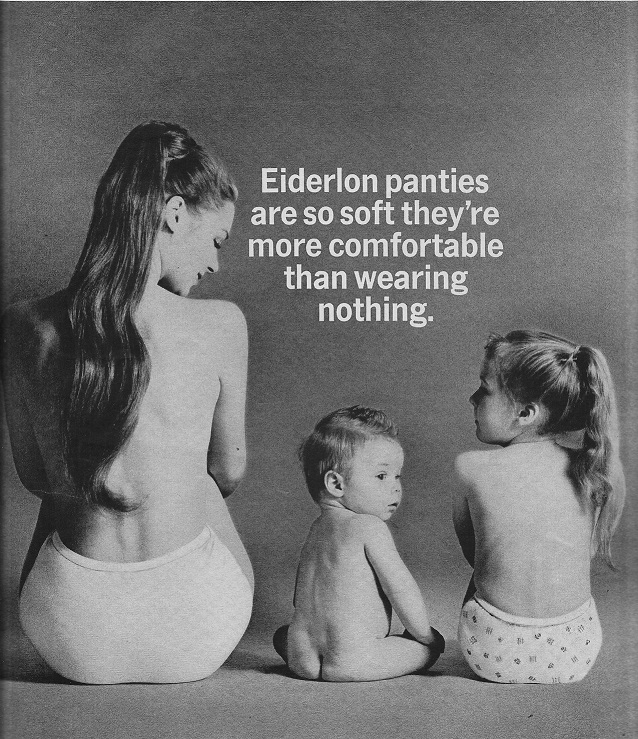 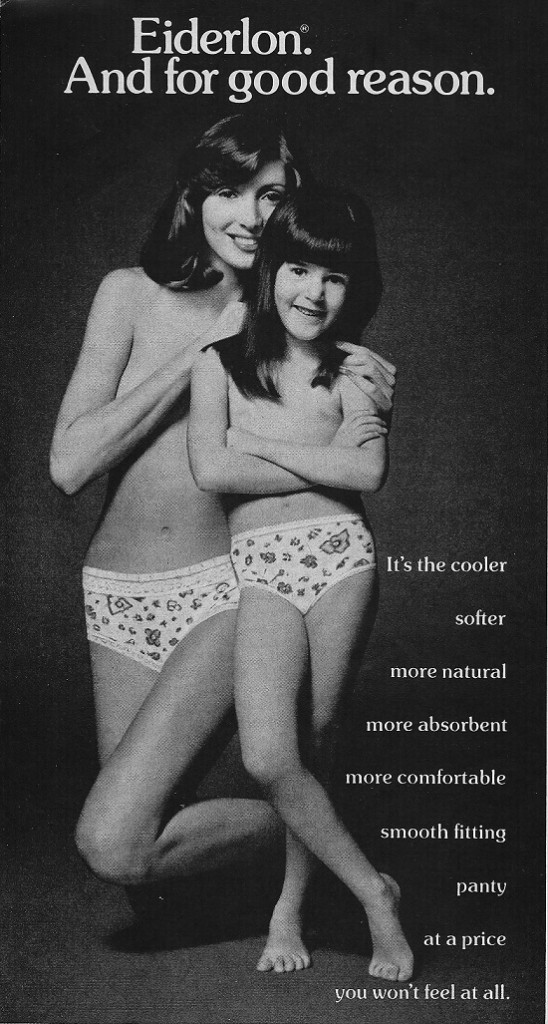 This focus on comfort took a bizarre turn and this is where we get a touch of hypocrisy. While using skin to create an appealing image for their product, they were making a tongue-in-cheek (and completely cynical) campaign against nudity in 1969 and 1970. 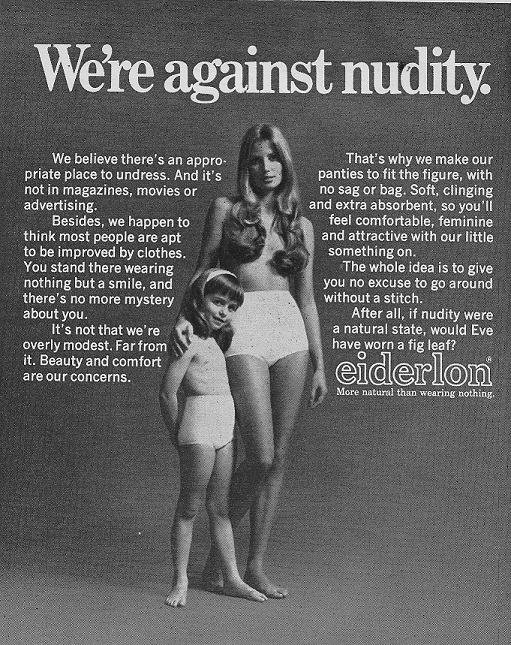 As Americans began to feel the pinch of the inflationary period of the 1970s, the company put greater emphasis on the economy of its product. 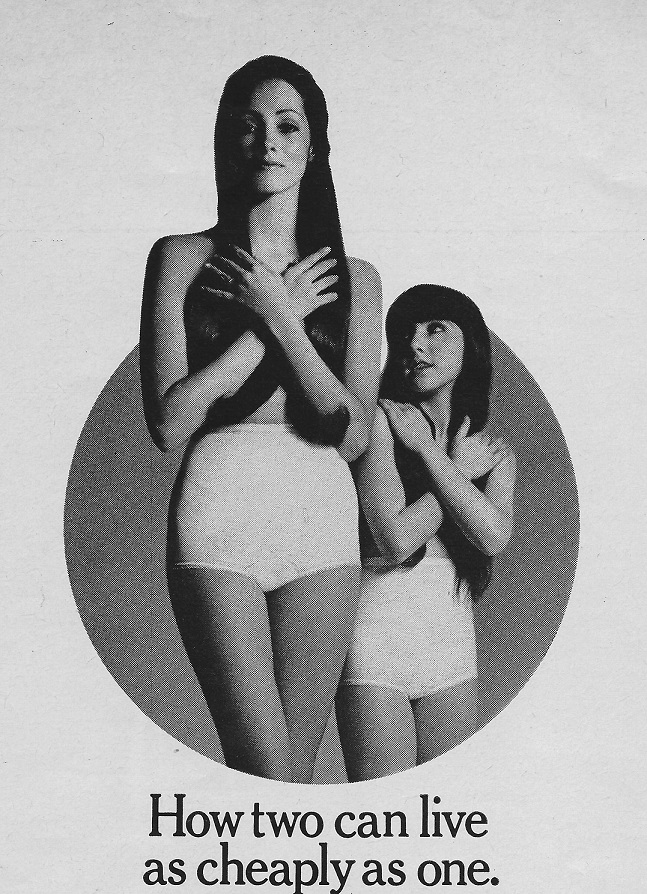 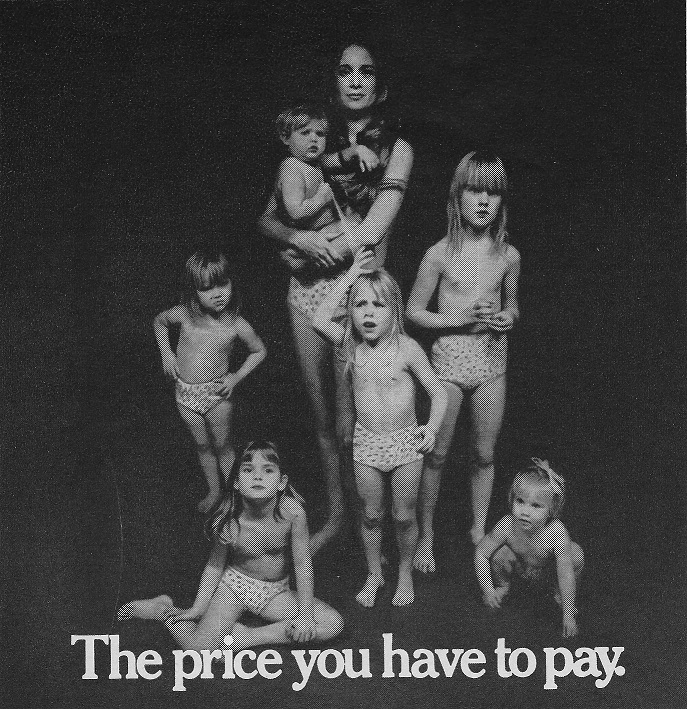 With the feminist movement and its subsequent backlash, the style changed again slightly. There was an attempt to seem more hip and make a “back to nature” appeal. At the same time, the company was starting to play on women’s insecurity about participating in a man’s world while maintaining their feminity; with Eiderlon, they could take comfort in being pretty underneath. This also illustrates a new realization that how customers “feel” about the brand is much more important than any particular features. 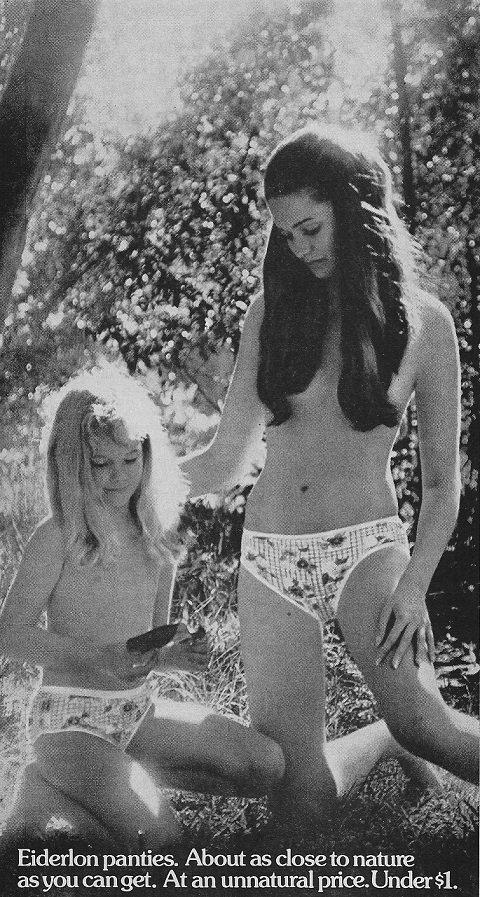 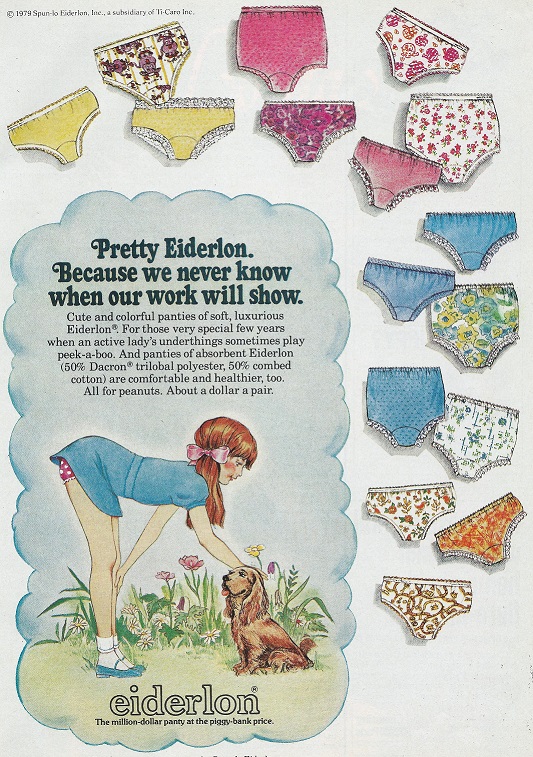 In the last example, we see a return to the use of illustration. Also, as publications became more streamlined, they shrank in size and in concert with exploding advertising rates, the ads generally shrank in tandem.

1 thought on “A Touch of Hypocrisy: Eiderlon Panties”