I was delighted to learn that François Gillet has established his own website and I have updated most of these images for better fidelity.  There are also a lot of images I had not seen before—and may have never been published—on his site under the heading of “Childhood”.  He offers some interesting background on his experiences working with children and his concerns about being type-cast.  Take a look.

I know this does not sound like a flattering title for an artist, but to tell you the truth, this is one of my favorite photographers of all time. I bought one of the artist’s early books—L’album de François Gillet published by Zoom-Paris/Landmark Book Co. (1981)—because I was told it contained some of the most charming images of children. Indeed it did, but the first half contained a number of his still-lifes and I was mesmerized. When I really looked at the images, I recognized the astonishing level of control he must have had over the scene. I just loved the simple sublimeness of a torn loaf of bread, a row of shiny fish or a carefully arranged cornucopia. Viewers should be aware that these effects come from his complete control of the frame and are never retouched. Many younger viewers today initially assume he accomplishes this with some clever use of Photoshop. The first image is a kind of ode to the mysteries of salt and the idea of salt as an artistic medium in its own right.

François Gillet was born in 1949 in France and is now based in Stockholm. His aspiration as a child was to paint, but by his twenties, the compelling way photographs serve as a mirror to nature drew him in. He studied photography at the Arts University College at Bournemouth and graduated in 1971. His work has been published in international magazines and companies from all over the world have commissioned his work for advertising campaigns: Fuji (Japan), Silk-cut (UK), Korean airlines, Brown Brothers Wineries (Australia), Bonne Maman (France) and Orrefors (Sweden). He received a number of awards for his distinctive work from 1979 to 1998 and has exhibited his work in numerous venues since 1984.

When it comes to control, conventional wisdom has it that the challenges to be avoided are children, animals and water. So it is even more remarkable when Gillet became a doting father—of a daughter, Melinda—he would be captivated by her charm and include her in his compositions. Naturally, there are family photos, but this photo is the first time she was a deliberate part of one of his artistic scenes. Instead of proper titles, most accompanying texts are more like descriptions.

When she got older, he shot this more sophisticated version of dressup. This image appeared on the cover of ZOOM (Issue 87, March 1981). 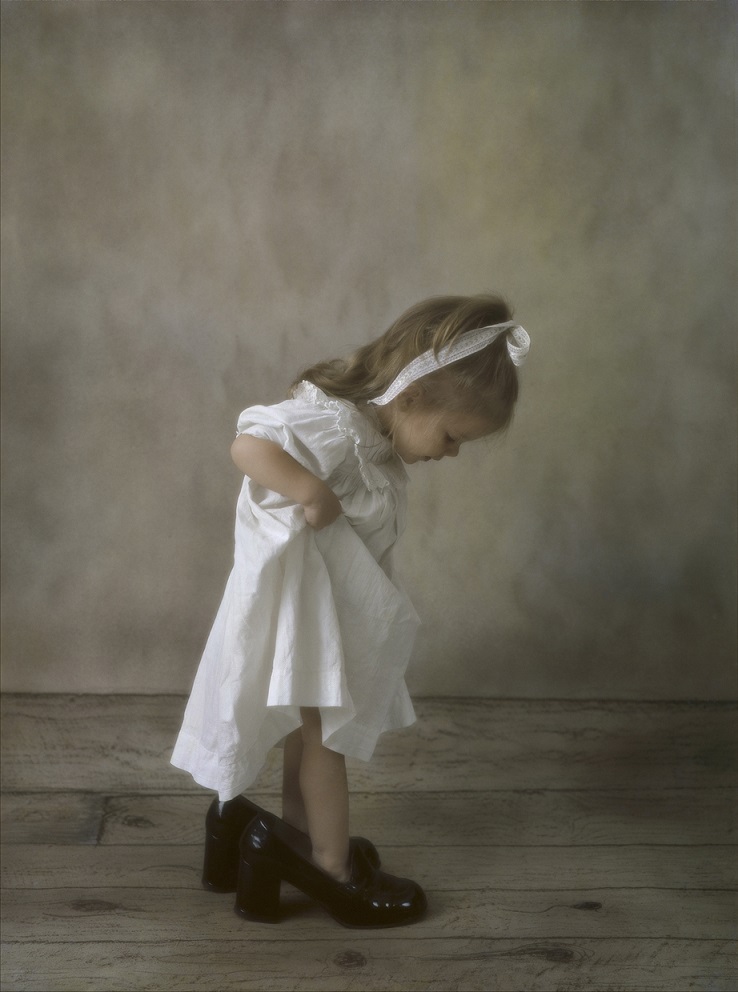 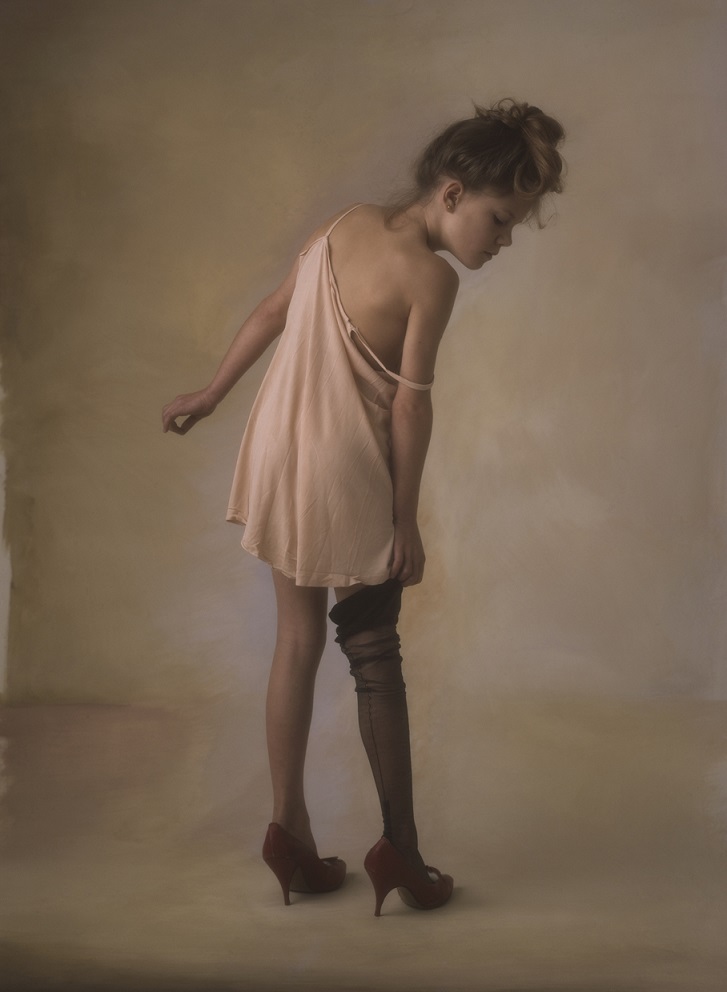 Perhaps the most joyous images of his little girl are from this photo shoot. The more saturated image appears on the cover of ZOOM (Issue 97, April 1982). The only full image I had was this one which was lit differently and so is not nearly as color-saturated.

Gillet is clearly well-versed in formal art and mythic motifs like The Four Seasons. 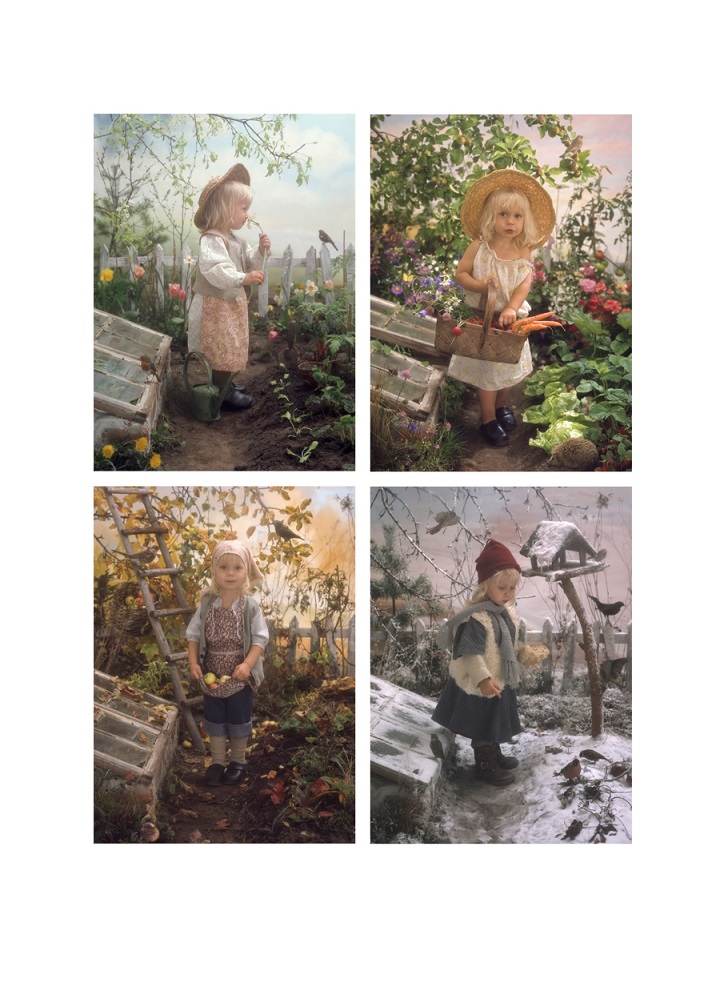 And he is also knowledgeable about the history of more commercial imagery—whether it be an idyllic image of the joys of car ownership, shooting an ad in the style of Pear’s Soap or observing Charles Dodgson’s (Lewis Carroll) convention of dressing up children in an exotic tableau vivant. This image—part of an ad campaign for Barnängen, a Swedish cosmetics company—appeared on the cover of ZOOM (Issue 61, April 1979) along with an piece featuring the artist. 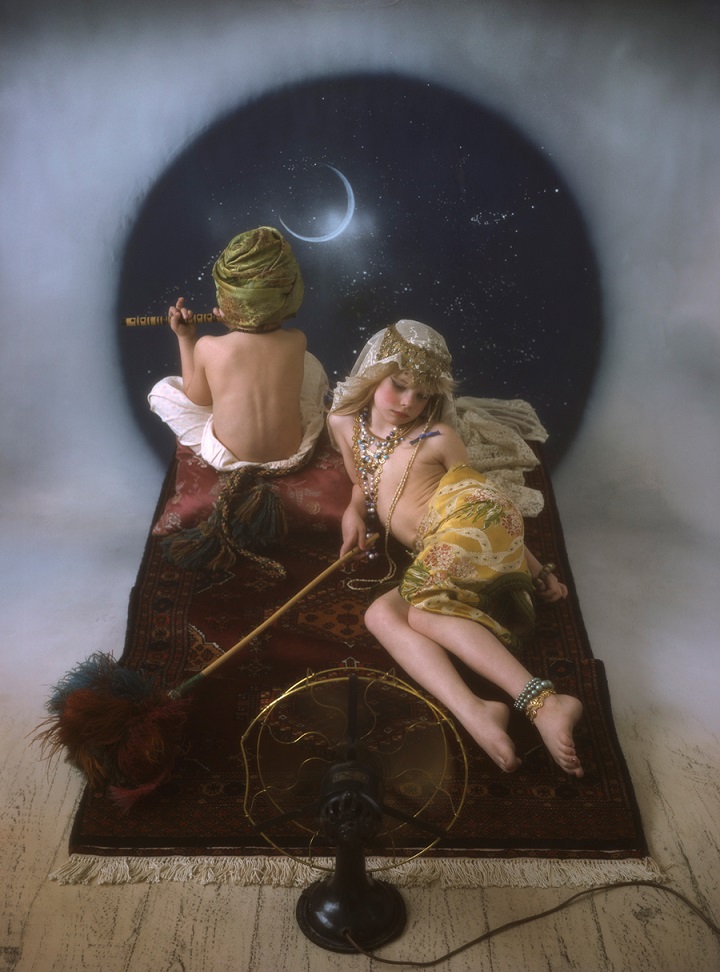 He also enlisted the participation of a number of neighborhood children for a series of images—with the assistance of Kristina Lannmark—which was published in Le Petit Théatre (1982). There was a European version published by Publicness and a Japanese version produced in a smaller format. The accompanying texts were in French and Japanese.  Since the playfulness of the original poetry can be lost in translation, I offer both the original French followed by an English translation.

I’ve got an idea!

How about playing with her at the amusement park?
We can get her to go on the roller coaster!
Oh yes! The slide and the ferris wheel!
The remote-controlled cars and the funhouse!
Hey there, guess what I can see?
Shut-up,
don’t point! 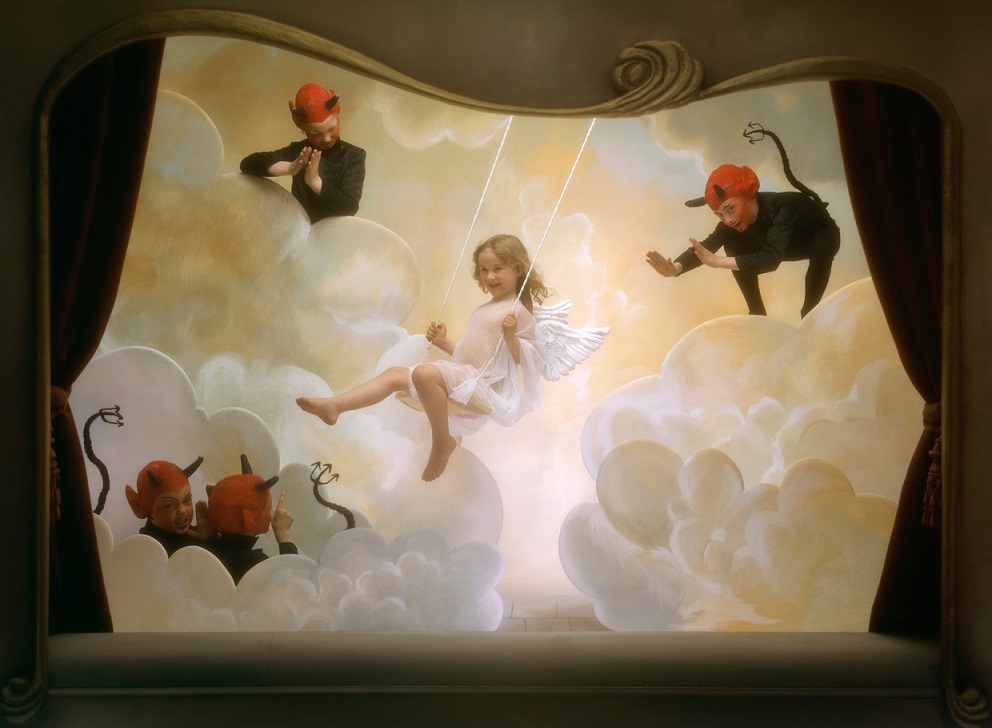 There’s no way I’ll put on pants
when I’ve got such pretty petticoats.
The Laplanders have longjohns.
The Indians have absolutely nothing.
But us, we show our petticoats,
made completely of lace,
like the Eiffel tower,
made of lace from Alençon. 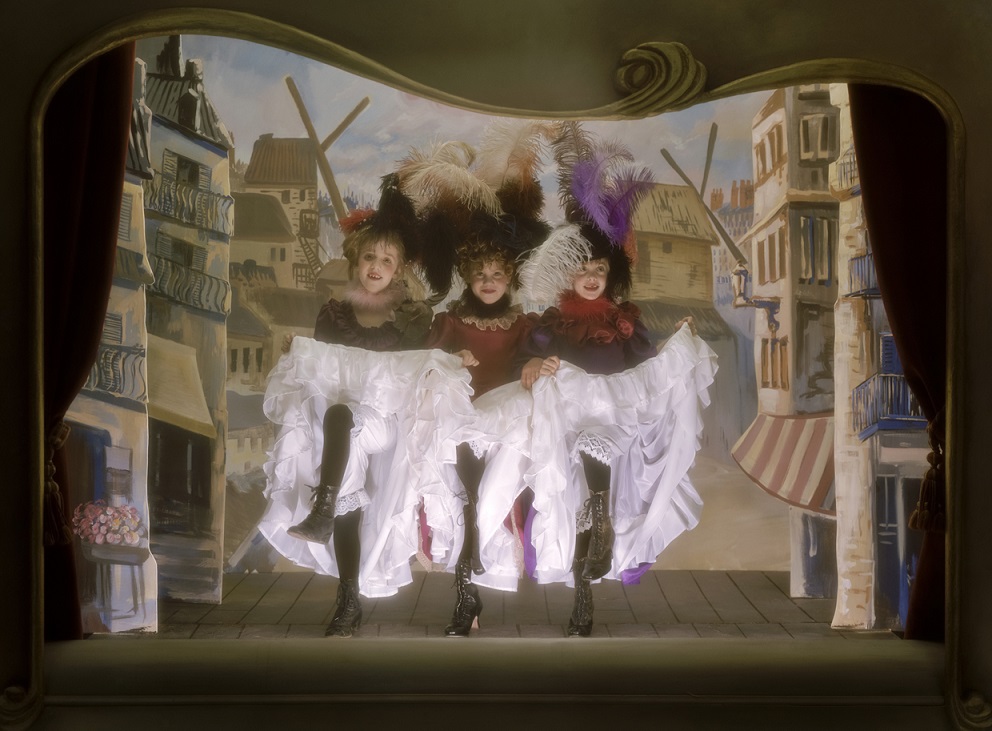 It is natural to ask in what way Gillet’s vision may have been compromised by doing commercial work. In this sense, he is perhaps one of the most fortunate artists. His way of taking what most people would call mundane and helping the viewer see its unnoticed beauty and character is exactly how he approaches commercial projects. Indeed, his point seems to be that nothing in the world is truly banal to an alert eye. And as marketers have come to recognize, he was perhaps ahead of his time in using imagery, not to tell us about a product, but to tell us how to feel about it.

“…so successfully has he blurred any notional fine line between the two categories. For some decades now he has been surreptitiously insinuating the same sublime purity of vision that he brings to his personal work into the usually prosaic commercial world of advertising.” -Ian Talbot (2010)

His methodology is to build a set in three dimensions, careful to pay attention to every detail of the subjects, the background and the organization of empty space. Because of his obsession with rendering detail, he chose the 8×10 large-format camera. He himself has used the word “control” to describe the process, “in an attempt to be in control of every square inch in the frame”. Only when he believes he has reached the highest level of beauteous perfection does he shoot the scene.

“The definition of illusion as something untrue, as the opposite to reality has always repelled me for how can one live without illusions?…For the last few decades I have explored both the real and fantasy worlds; even with my commissioned work…”

“There is a beauty in making the picture exist in reality before recording it. Somehow it becomes the proof of one’s own existence.”

Despite his seemingly perfectionist style, Gillet continues to evolve—another sign of a great artist. Because of his habit of arranging objects in a frame, he already had a knack for noticing and collecting things. His latest project amps up this visual impact in two major ways. He traveled to Australia to take advantage of its other-worldly landscapes and he no longer offers the viewer just a single shot, but arranges them in a series to form a collage and introducing a higher order of composition. You can see some examples of this on a video produced by Henrik Thomé.

Gillet put together a flipbook of a grown-up Melinda which can be seen here.  I am told she is now an oriental dancer.