I know I must have said this ad nauseum, but one of the most compelling images that moves many of us emotionally is that of the little girl. This fact has been used cynically many times by powerful institutions and it behooves us to remain conscious of its power. A contest was conducted to create a design to promote the People’s Climate March to take place in New York City this September 21st. There were two winners: one with a rather dismal vision of the future, but also a more hopeful one by James Jean entitled Winds of Change. 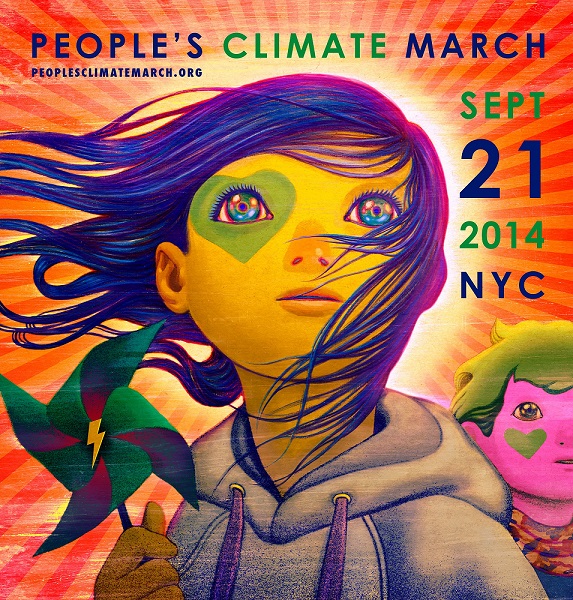 Celebrity judges chose the winners (although there was also an online vote for the finalists) and the Grand Prize winner was to receive an award of $10,000 and a flight to New York to participate in the march. According to the Huffington Post, over 400,000 people turned out. The march took place just a few days before about 120 world leaders were to debate environmental action at a United Nations climate summit.  More than 1,500 groups filled Central Park West before the march representing a variety of interests, including the scientific community, religious organizations, students and grandparents all expressing concern for their legacy and that of their descendants.

James Jean was featured before on Pigtails in Paint (here and here) and it is good to see that his work continues to be noticed.

1 thought on “The Winds of Change”