In the United States, tomorrow is an election day. A couple years ago, I saw this interesting ad featuring a little girl. It was a scare tactic to get voters to vote for President Johnson in the 1964 election. His principle opponent, Barry Goldwater, was regarded as a warmonger and expressed a willingness to use nuclear weapons. It was designed to impress upon voters the gravity of their decision during a period of nuclear brinksmanship. 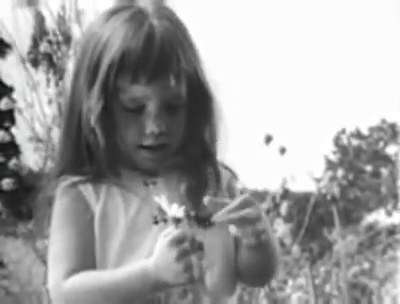 What I did not realize at the time was its historic importance as a landmark in political elections and that many believed it was responsible for Johnson’s landslide victory. Although the Johnson campaign staff was condemned for airing this powerful but indirect ad hominem attack, some commentators credit it for opening the door to the more vicious examples we see today. The ad was aired only once on September 7, 1964 and featured two-year-old Monique M. Corzilius counting the petals on a daisy before cutting to a missile launch countdown. You can read more on the “Daisy” Ad on Wikipedia where you can also view the entire ad.

3 thoughts on “Advent of the Attack Ad”