Marcel Marlier started his artistic career with the Belgian Board of Education, illustrating a school reader called Michel et Nicole.  His work caught the eye of publishing director Pierre Servais, and in 1951 he joined Casterman.  He initially illustrated classic stories like Beauty and the Beast and the works of Alexandre Dumas.  Soon, he paired up with poet and author Gilbert Delahaye to create the first Martine story which came out in 1954. 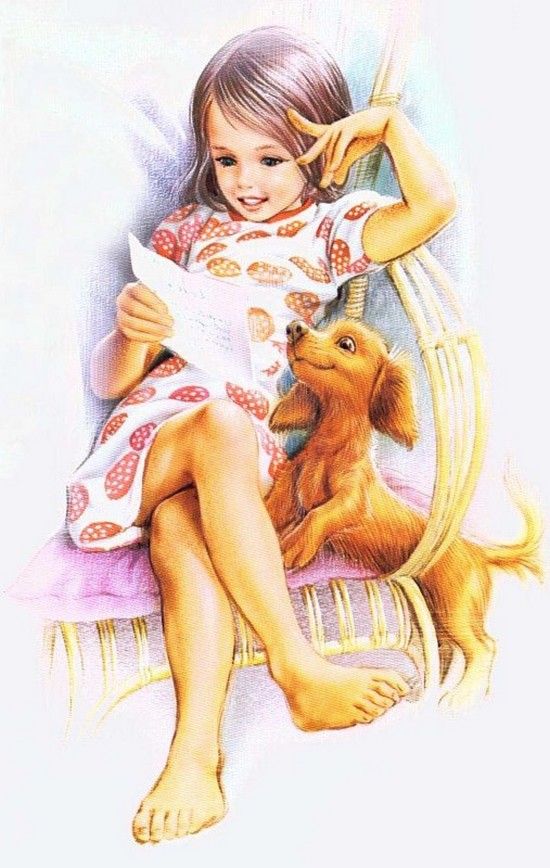 Martine is the story of a sugar-sweet and proper girl and her many adventures together with her small dog Patapouf.  The stories are generally conservative and contain moral messages such as the value of honesty or environmental protection as in Martine se déguise or Martine protège la nature respectively. 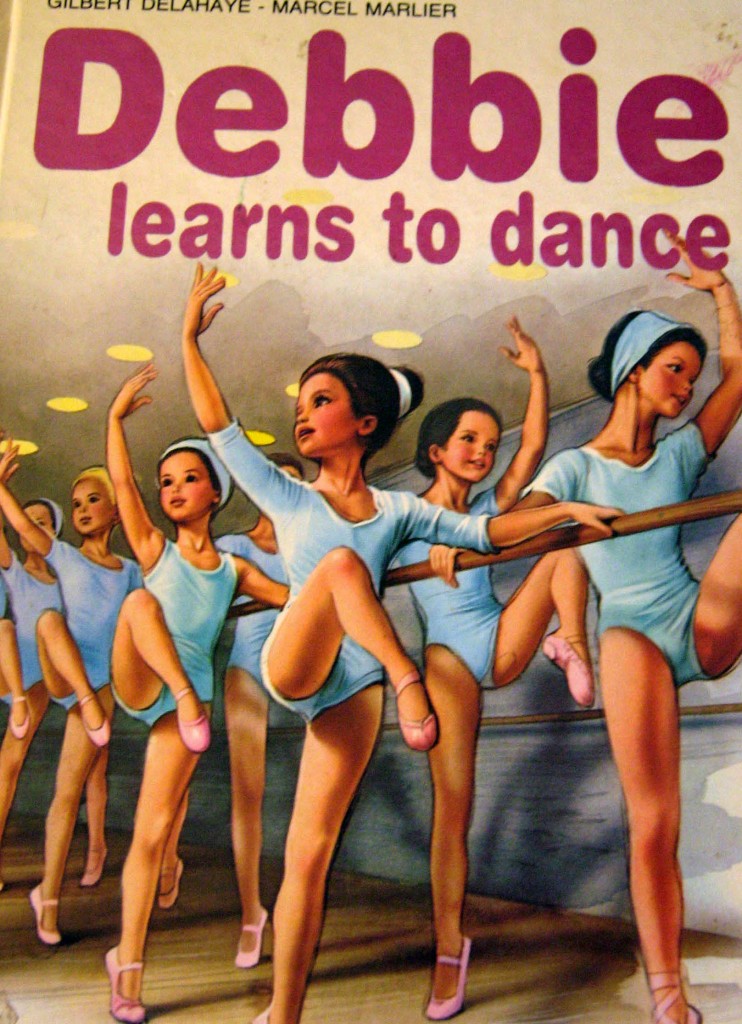 The series eventually grew to include sixty titles; the first was Martine à la ferme and the final book was Martine et le prince mystérieux.  Martine was translated into sixty languages; she became known as Debbie in English, Anita in Galician, Ayşegül in Turkish, Tini in Malay and so on.  As time passed, Marlier created fresh illustrations for some of the books; Martine à la ferme was reissued with new art at least three times. 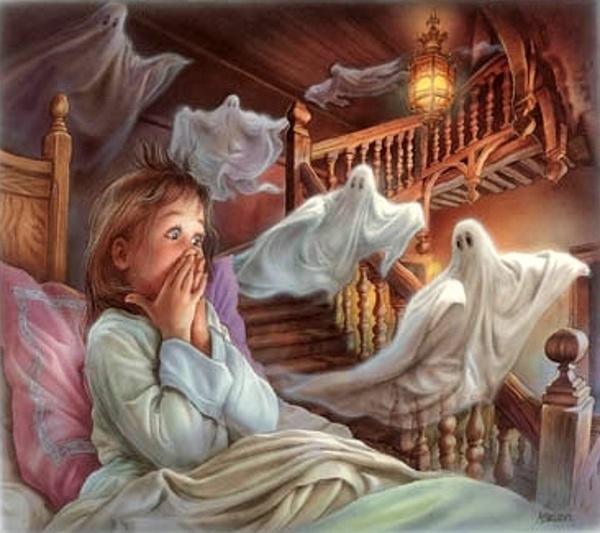 Unfortunately, in 1997 Gilbert Delahaye passed away prematurely and Marlier’s son, Jean-Louis, took over as writer.  Marlier lived to an old age and continued to illustrate Martine until his passing in 2011. 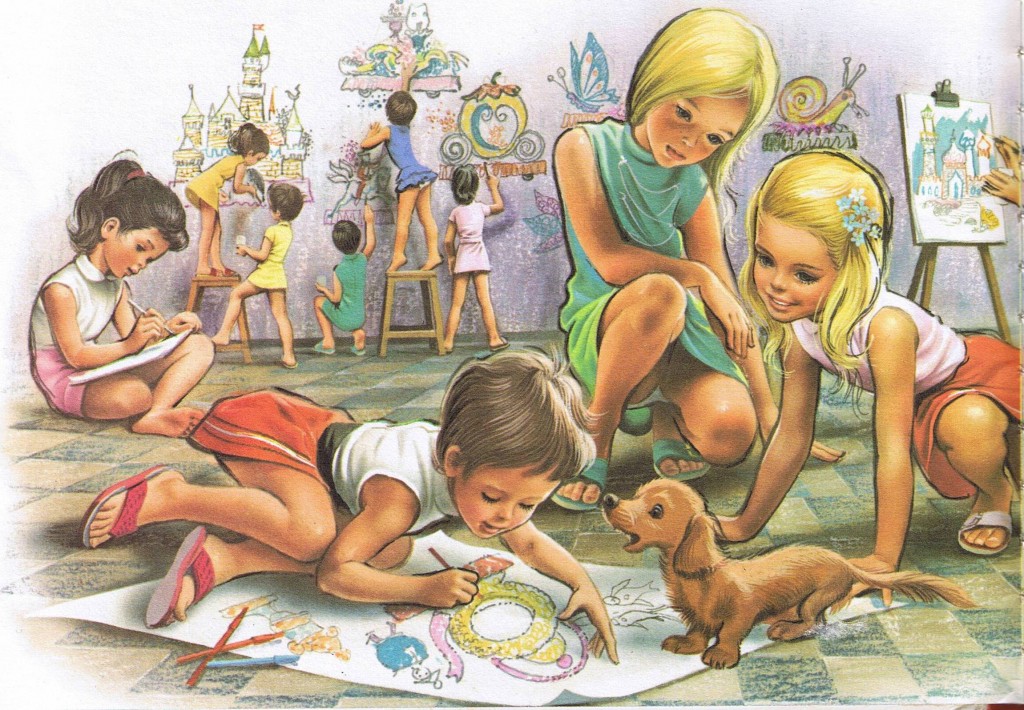 All together there have been one-hundred-million Martine books sold—that’s a little more than Pippi Longstockings and somewhat less than Nancy Drew.  A great deal of Martine merchandise is produced today including special editions, comics, DVDs, websites and a video game in which she is called Emma. 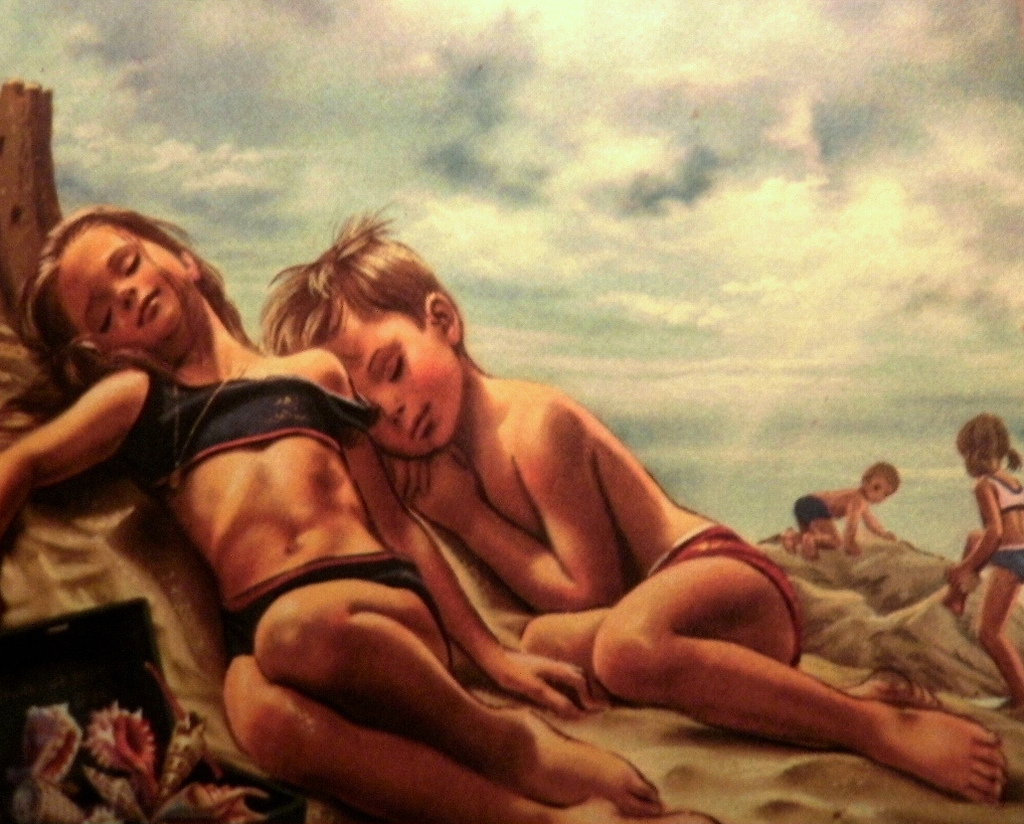 Martine was not Marlier’s only project with Casterman.  Starting in 1969, he began both writing and illustrating his own series: Jean-Lou et Sophie. 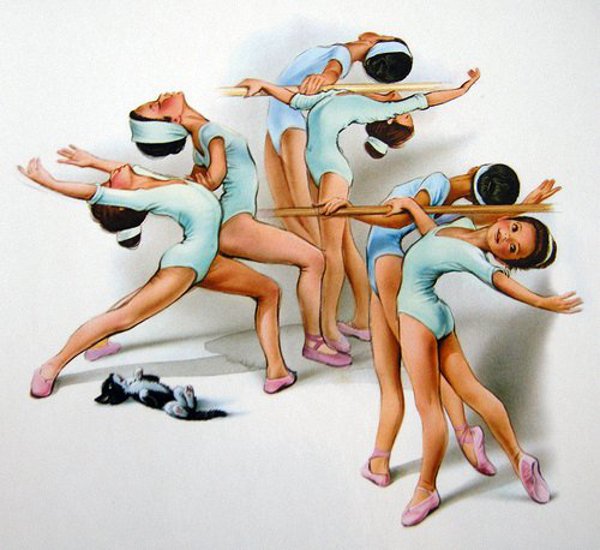 Michael Jackson was apparently a great fan of Marcel Marlier and Martine.  Michael came across her image on a puzzle game while in Germany and then contacted the artist.  Marlier did not know who Michael was and bought some DVDs to familiarize himself with the pop-star.  Michael and Marlier met three times.  Michael was reported to have been extremely excited during his visit which initially surprised Marlier who nonetheless warmed to Michael’s personality.  Michael offered to purchase Marlier’s entire portfolio, but Marlier declined and instead supplied him with a sketch. (“Michael Jackson était comme un enfant”, Bernard Libert, SudPress.) 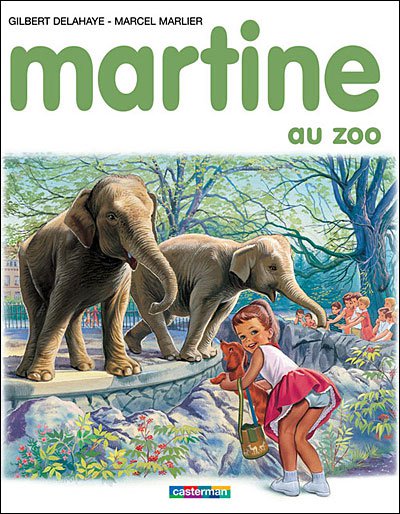 But not everyone loved Martine.  Her widespread influence on young impressionable readers together with her orthodox ladylike manner made her the subject of 1980s French feminist critique for whom she was labeled “docile”.  (“Marcel Marlier, l’illustrateur de Martine est mort”, Charlotte Pudlowski, 20 minutes.) 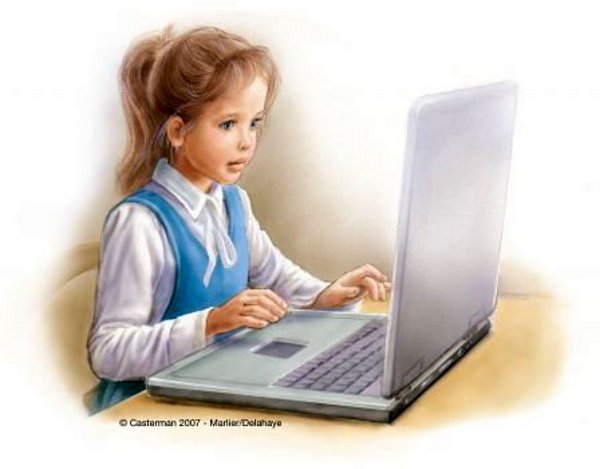 Most recently, Martine became a Web meme when a program went online to modify the title of the text, for example to “Martine – first space cake”, “Martine – desperate housewife” and so on.  Casterman did not feel the web site was in the spirit they envisioned for Martine and politely asked the site owners to take down their project and they obliged. (Alice Antheaume, “Martine s’offre une seconde jeunesse sur le Net”, 20 minutes.) 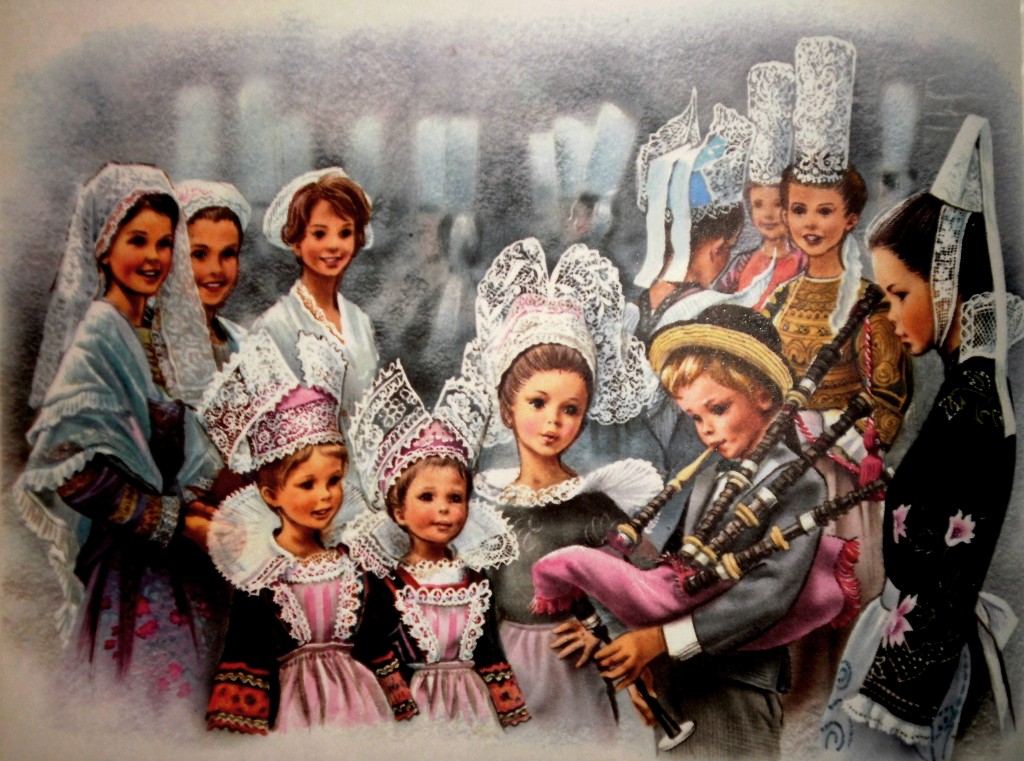 The Martine illustrations were created over a lifetime and by so talented an artist as Marcel Marlier that many of the works are really art, expressing social commentary about the time or seem to include deep and religious themes in the symbolism.  Even for those not so interested in children’s stories, Martine would be a joy to open.

Martine has appeared once before on Pigtails in Paint here.