While going through and categorizing the old posts (which is finished, incidentally) I came across projects I had started but never completed.  One of them was Drawn and Quoted, which had exactly one post dedicated to it before the original Pigtails was strangled by the censors.  I am excited to be resurrecting this series now, and we will begin with an insightful quote from young actor Ezra Miller taken from a Cannes interview.  The quote is in reference to the film Moonrise Kingdom, which is, of course, about young love.

“That thing of when you have a crush on someone that tears you apart—that is love. We shouldn’t invalidate that just because we’re little. We’re all told that’s not real, your first kiss wasn’t that kiss with your third cousin when you were four. It was when you were fifteen and kissed that high school boy. And that’s false. We’re scared of childhood sexuality, because it really brings out the raw, essential nature of sexuality, which we’re so far removed from in our culture that it just scares us and makes us feel bad, when instead you should think about the purity of child sexuality, because you don’t have it and I don’t have it, because we live in a porn society.” – Ezra Miller 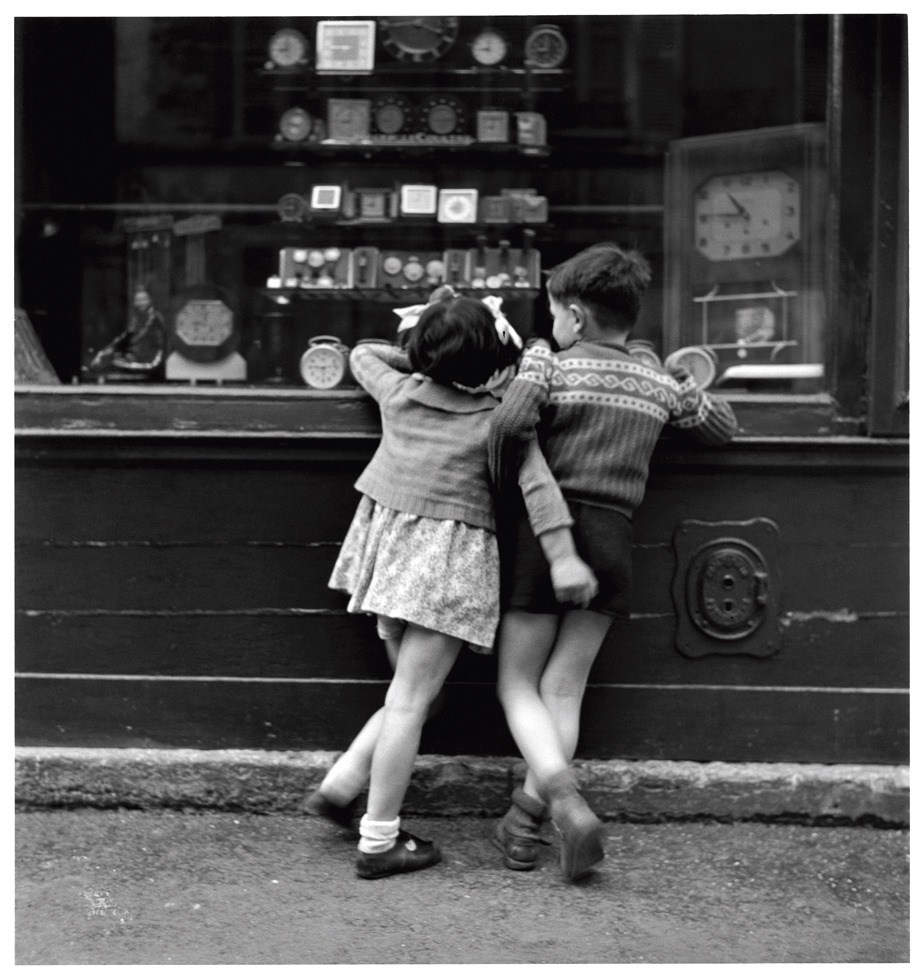 The image is from the portfolio of noted French photographer Edouard Boubat.  The casual placement of the girl’s hand on the boy’s bottom would likely be seen as blatantly sexual were these two adults.  Instead, the easy familiarity and open affection the children have with each other is endearing.  Boubat photographed the little couple again, walking in the street; it seems they never relinquished their close hold on each other.