Many years ago, I worked at a print shop for some extra holiday income. I can’t remember how the subject came up, but another young man there introduced me to the new phenomenon of Japanese anime/manga. One of the earliest incarnations of this new formula was Sailor Moon. Not knowing much about biology, psychology or art history, the peculiar exaggerations of the characters’ features seemed unremarkable to me. I was amused to learn that though the animated program had targeted little girls, it was middle-aged men who were the most rabid fans.

Later, I did learn more about science and the humanities and now understand more about the unconscious appeal the characters have on the male mind. I took no further notice of anime until perhaps five years ago when I spotted a book called GIRLS AD2008 TOKYO (2003) by Oyari Ashito. This image appeared on the cover. 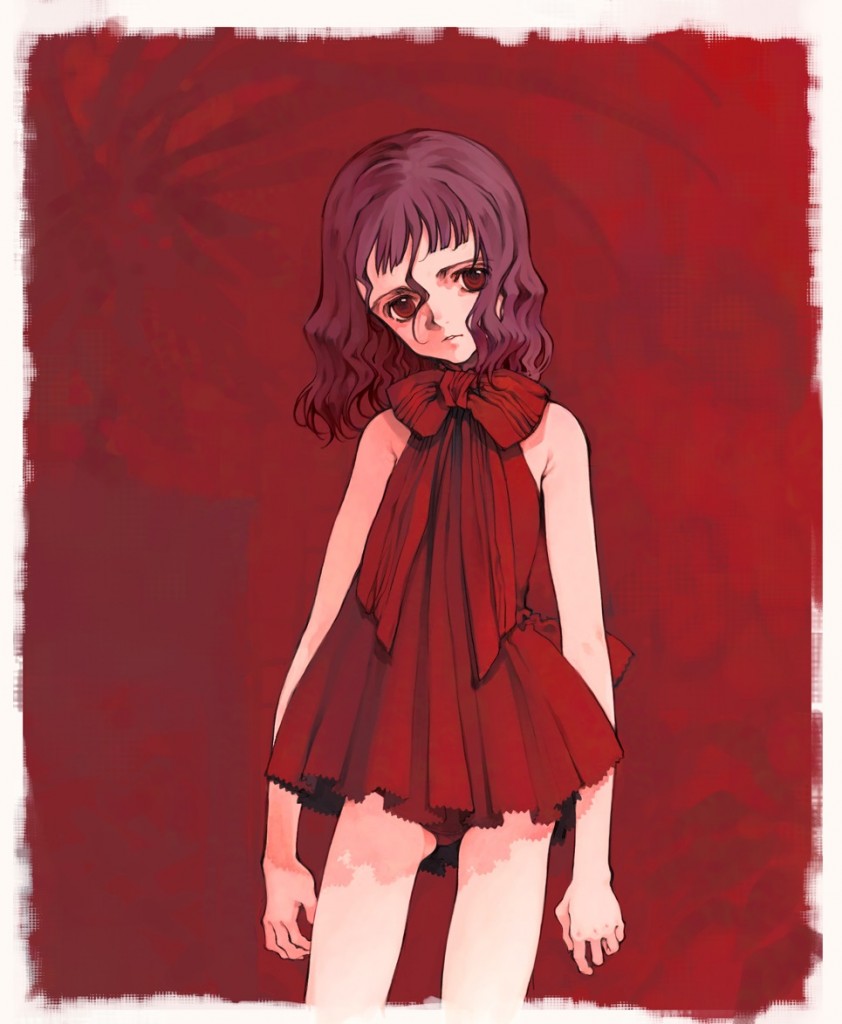 Unlike those in the past, these images caught my eye. The girls were adorable, of course, but Ashito’s work had a delicate quality that gave his images the feel of traditional Oriental watercolors. 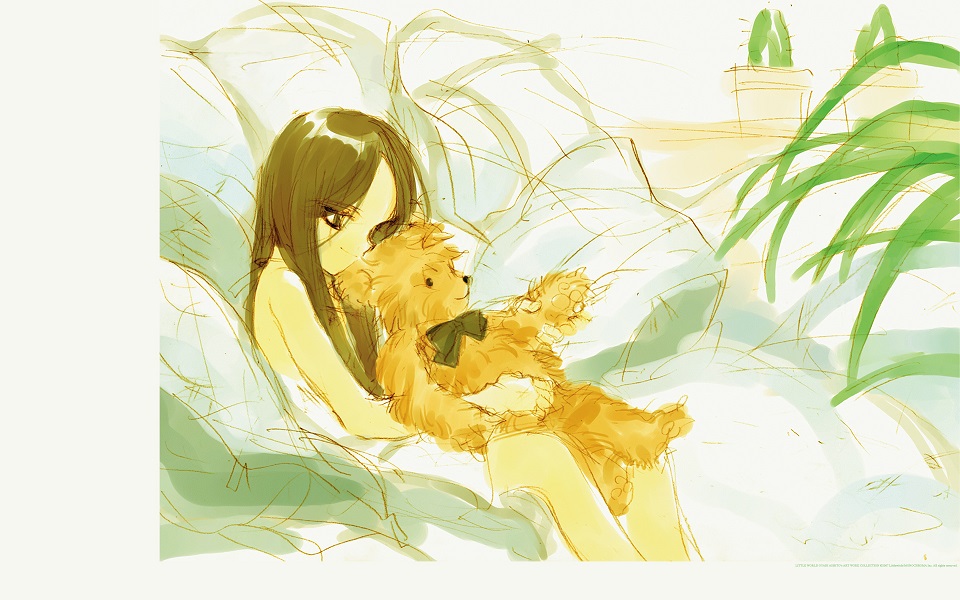 The other striking thing was that a large number of the images showed little girls wearing cat’s ears and tails. This evoked fond memories from my adolescence when girls would dress as cats, devils, angels, tigers, rabbits etc. for Halloween. I still haven’t got a full handle on the logic of this psychological impact yet, but somehow ears and a tail add something appealing to young girls and this post is an effort to advance my personal analysis. The book is a collection of images of girls mostly designed for a video game by developer Littlewitch. My favorites are the main characters in Episode of the Clovers named Sayu, Toka and Ema (left to right). Born Shinichi Nochise “Nocchi” (後瀬 慎一) in 1974, Ashito got his start in the 1990s doing art for adult comics. At the same time, he was working on getting his art noticed through a kind of self-publishing collective the Japanese call a doujinshi. His big break came in 2001 when he helped produce the characters and backgrounds for a series of visual novels produced by Littlewitch. Because of the different genres he works in, his art has appeared under different names but Oyari Ashito (大槍葦人) is associated with his Littlewitch work. After the disbanding of Littlewitch in 2008, he continued his work with a new doujinshi entitling it “Girl Knights”.

The four most popular stories from the Littlewitch productions are: Episode of the Clovers (2002), Quartett! (2004), Girlish Grimoire Littlewitch Romanesque (2005) and Rondo Leaflet (2006). The premise of Episode of the Clovers is that a researcher develops a set of combat androids (Ema, Sayu and Toka) who—for the most part—have a relaxing lifestyle until combat robots invade the laboratory and trigger a fierce battle. The term android is a bit misleading here because the girls are actually biological, not mechanical. Interspersed in the adventure are comments about their genetic strengths and defects and their parentage. The idea behind Quartett! is that there is heavy competition between chamber music groups to make it to the finals in a competition reputed to impart fame to the victors. But the players must navigate a series of interpersonal entanglements in order to stay on track. Girlish Grimoire takes place after a destructive magical war where knowledge of magic is practically extinguished. An instructor at a magical academy who has been neglecting his duties is exiled and is told to teach two young girls (Aria and Kaya) the art of magic in order to redeem himself. The story is about the girls’ training and encounter with various interesting characters. Rondo Leaflet is about an unmotivated servant who can’t seem to keep a job. He is given one last chance working at a dilapidated house which he must whip into shape and adventures take place as he does so. I have focused on Ashito’s earlier work because it has a more artistic feel with thicker lines and slightly amorphous forms that leave more to the viewer’s imagination. In time, Ashito progressed to the more conventional thinner lines and sharper forms which give his work a commercial feel. Consistent with this is the increased appearance of girls with bustier figures that conform to mainstream heterosexual male fantasies.

Ashito takes great care with his costumes and does counterpoint his more fantastic designs with more mundane but charming examples. 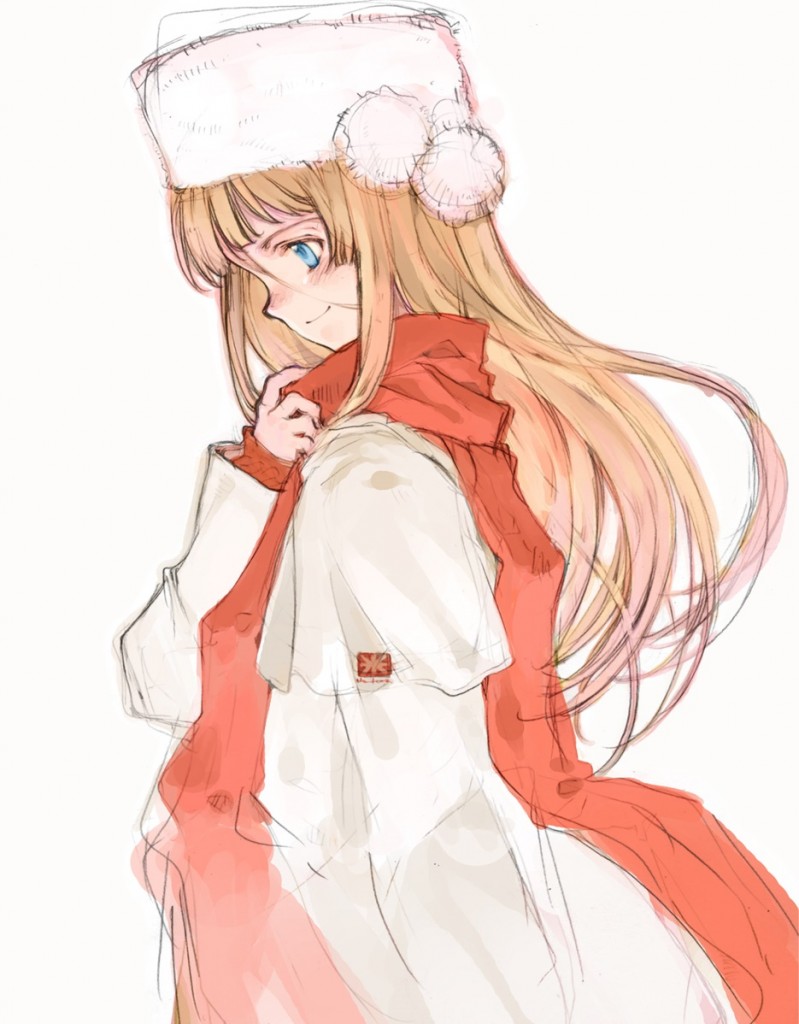 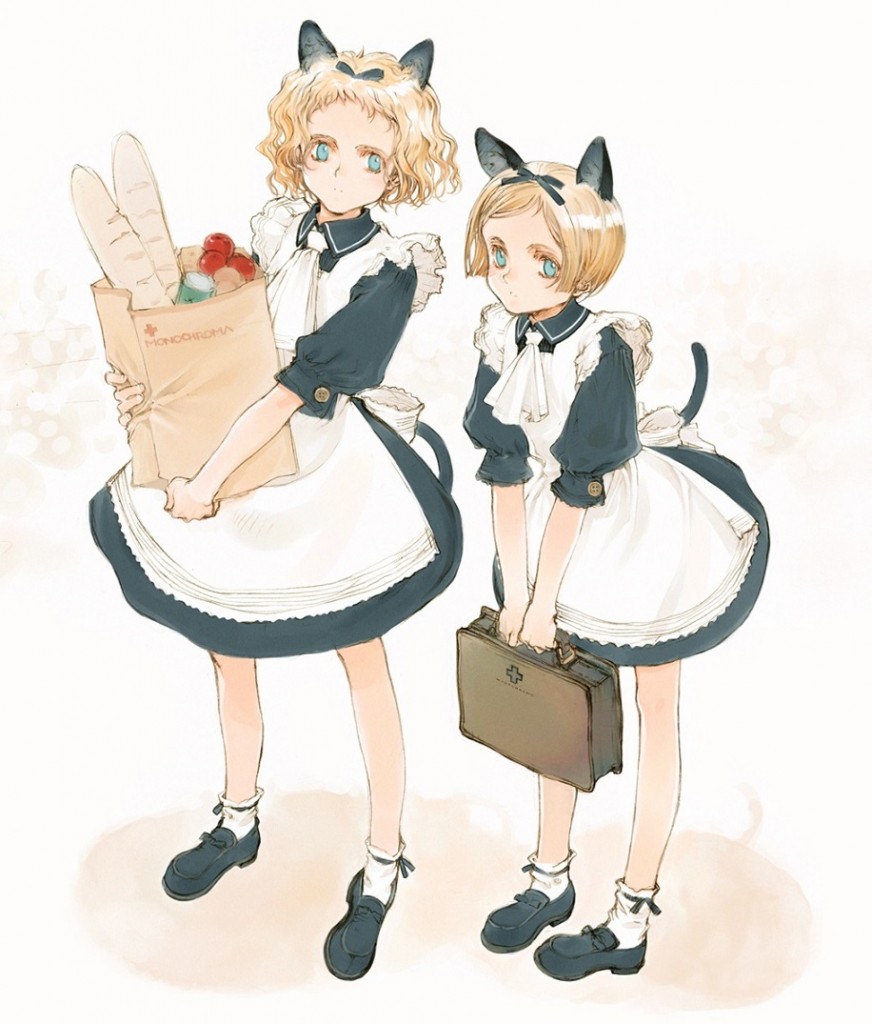 I have noticed that many Japanese artists have assimilated European iconography. Placing wings on a character is distinctly Western symbolizing spiritual flight. 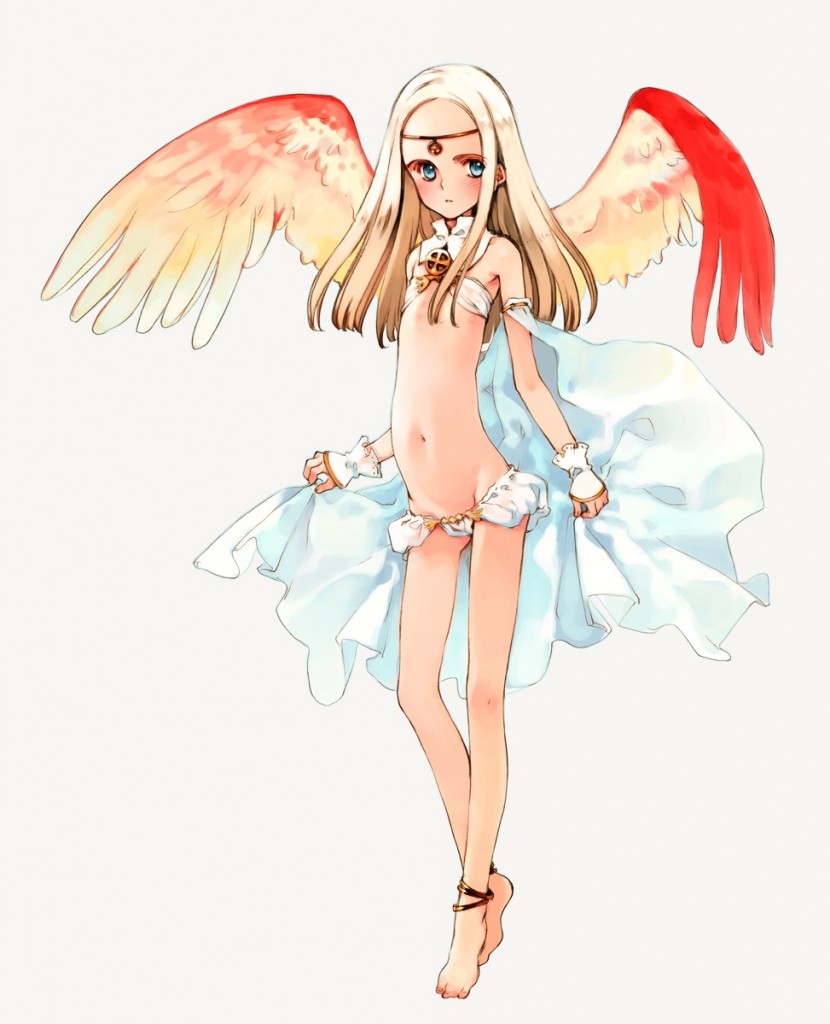 Complete nudity occurs only occasionally in Ashito’s work. Here we see a transition from his earlier style with somewhat sharper lines and forms but still having a slightly impressionistic and dreamy atmosphere. 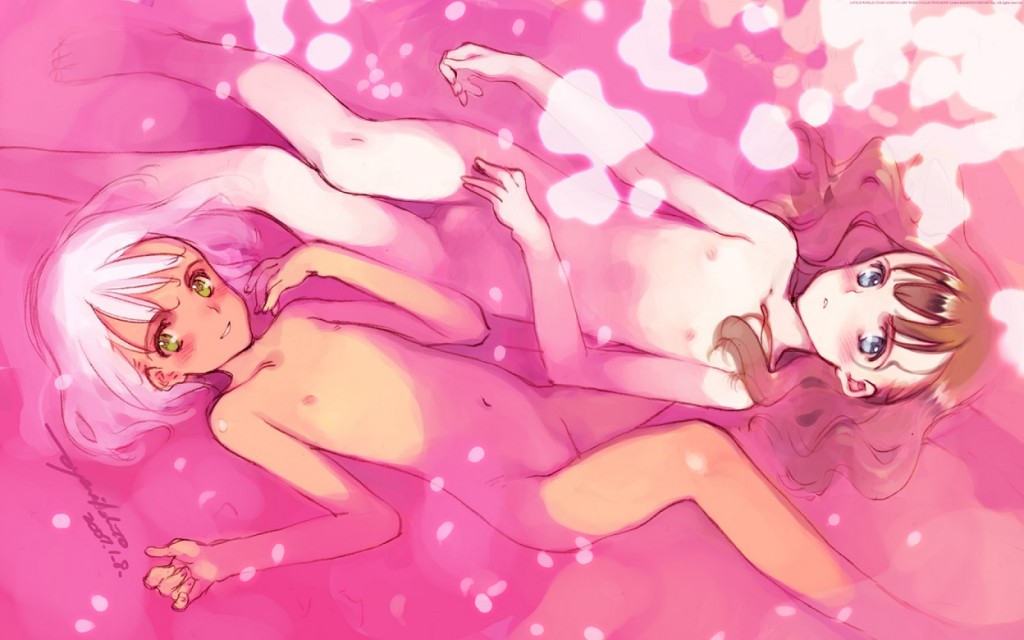 Beyond the obvious symbols of servitude which are arguably misogynistic, there is point to be made about the general impression of this piece. Again, we see ears and tails, but the neck shackles are more than just symbols; they also serve as a visual divider. They resemble the chokers women used to wear that added an elegant definition to their appearance. Similar effects are created by tank tops, tight skirts, boots and sometimes hats which create a series of horizontal layers that accentuate a woman’s proportions. 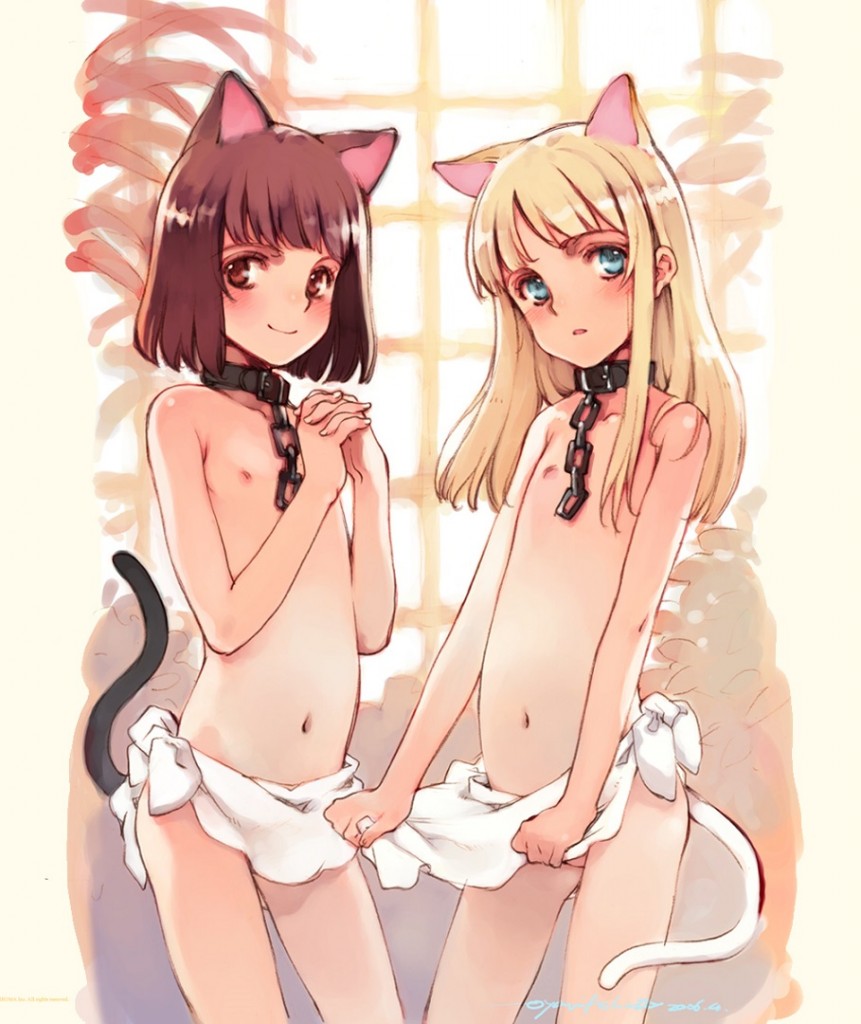 Ema from Episode of the Clovers is especially popular. The earliest incarnations of this character show a pigeon-toed posture indicative of little girls. Plastic figurines of Ema are also available, but please note that they do not include a tail! 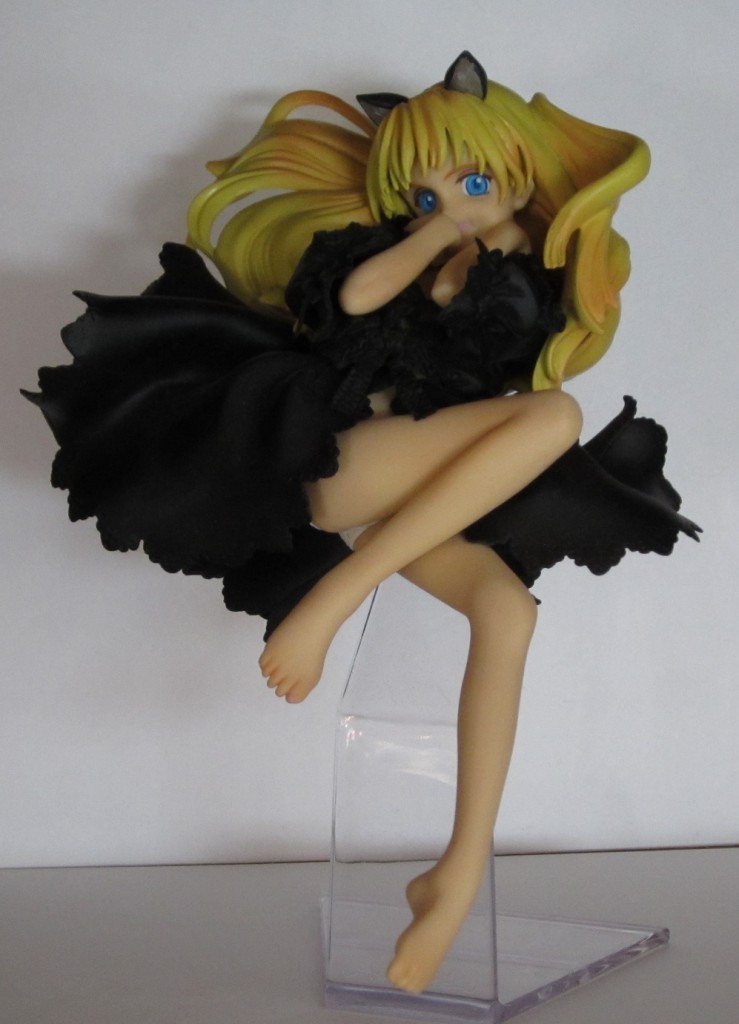 A few readers have expressed surprise that Pigtails in Paint would feature this kind of artwork. This site has gotten a reputation lately for emphasizing high art and the empowerment of girls. These are very important purposes, but I want to remind the readers that our mission is to cover all portrayals of little girls—excepting illegal ones. Even more commercial portrayals tell us something about power in our society and erotica gives us insight into the applicable male or female psyche. People may find specific themes or images distasteful or lowbrow, but it is our intent to challenge and educate our readers.

Neither Pip nor I are familiar with manga artists so this is only one I intend to post.  However, if someone has something worthwhile to share about other artists, they are encouraged to make a proposal.  -Ron