I noticed this item and it reminded me of protest street art writ large. Although it is a kind of escalation of the art form, given the magnitude of the issue, it seems perfectly appropriate here. And you will not find any local people calling this an eyesore or defacement of property.

Combat is messy, but in the modern age of advanced technology, combatants can destroy their targets from a distance, practically eliminating any emotional impact. This godlike power has no small psychological affect and drone operators often refer to kills as “bug splats”, since viewing the body through a grainy video image gives the sense of an insect being crushed. To challenge this insensitivity and raise awareness of civilian casualties, an artist collective installed a massive portrait in the Khyber Pukhtoonkhwa region of Pakistan—where drone attacks regularly occur. Now, when viewed by a drone camera, an operator sees not an anonymous dot on the landscape, but an innocent child victim’s face. The child featured in the poster is not named, but is reported to have lost both her parents and two young siblings in a drone attack. 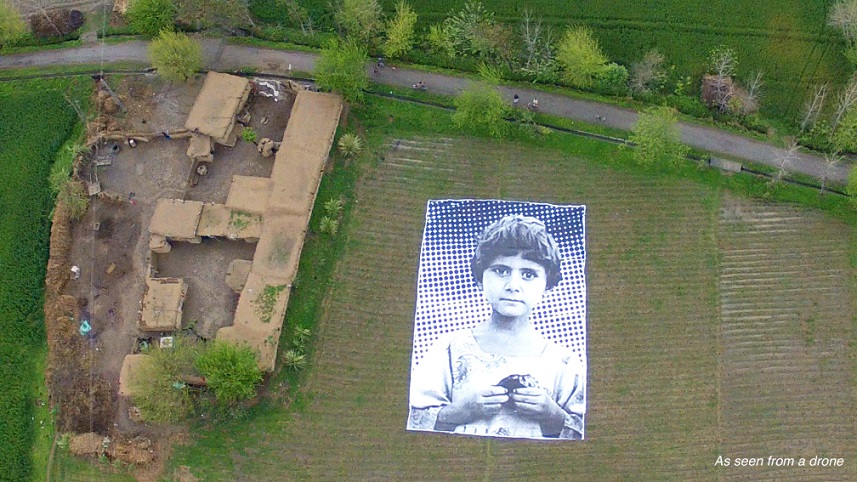 The installation is also designed to be captured by satellites in the hope that it will become a permanent part of the landscape on online mapping sites. Read more here.