One nondescript summer as a latchkey kid, I discovered a kitschy but somewhat charming PBS television program after boredom had set in from too much Atari. Flipping through the sparse VHF and UHF stations available at the time, I had settled on something fresh and coincidentally seasonal: a fictitious show centering on eight kids away at summer camp. Four teenage boys and four girls of mixed races and backgrounds with their personal trials and tribulations (with some deep lessons galore) broadcast for the whole watching world to see. I genuinely found it quite entertaining; the stories were interesting and realistic and stood to teach a thing or two about a variety of topics deemed important at the time. The topic of nutrition (a major theme) and a myriad of interrelated connections such as farming, diabetes, obesity and exercise permeated the program’s underlying message, running in tandem with the superficial entertainment aspects.  The series ran for a total of ten episodes, each thirty minutes long. However, as with most things, there was something more that had really caught my attention and that was one of the program’s young leading ladies, a spunky, athletic, bright and somewhat tomboyish, 13-year-old named Suzanne Freestone (Cindy O’Neal). I was totally in love, or so I thought—give me a break, I was only 12! 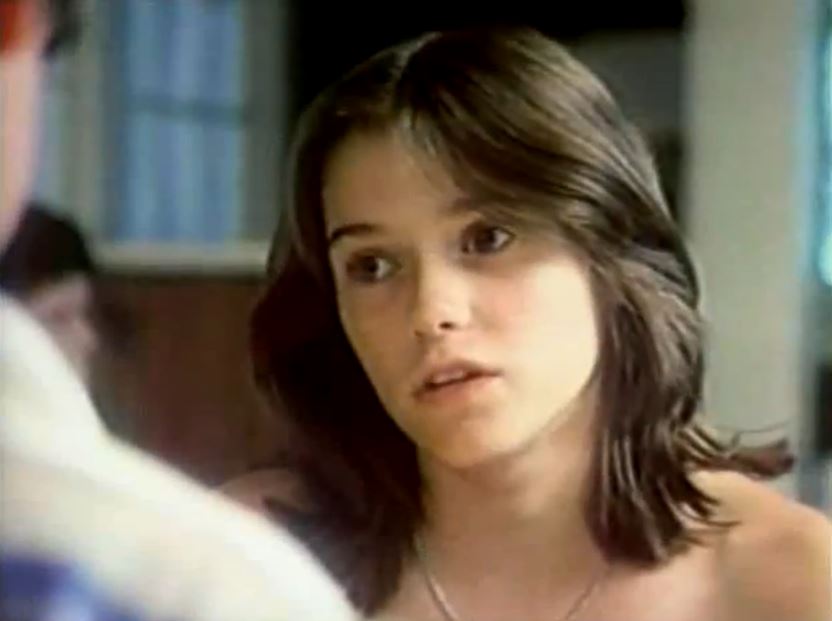 Seemed I might as well get used to setting my digital wristwatch by the local PBS schedule and spending the remainder of my summer break hunkered down on the floor with my favorite giraffe-patterned TV pillow. Some days during the doldrums of that hot and humid summer, there was a clearly delineated indention in the high-pile carpet formed in my likeness where I had vegged out for hours, entranced by endless banal commercials and cartoon reruns, David Carradine’s Kung Fu and my new favorite TV show of all time, High Feather. 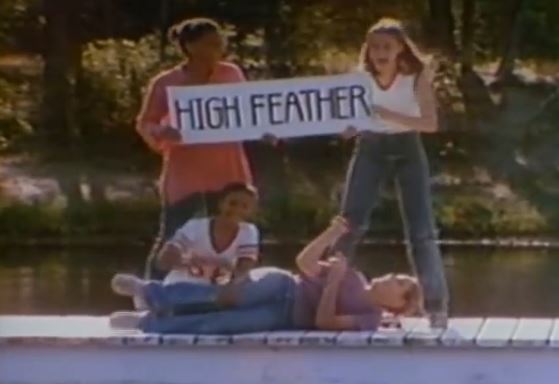 While this post is not meant to be an exhaustive descriptor and/or history of the High Feather series legacy (not much can be found online, honestly), it hopefully will prove to facilitate interest in a fleeting “gem” which defines a period in time when tall tube socks and short shorts ruled, a lengthy summer bridged the gap between schoolgrades (none of this track-out stuff and year-round school) and kids did not yet have their faces incessantly buried in laptops and cell phones.  Although few of the cast were professional actors and actresses, one cast member, Emily Wagner (Cathy), went on to stardom on the hit TV series ER, as well as featuring in a variety of films. Here Emily Wagner (left) along with Cindy O’Neal discuss with the program’s lead males the nomination of team captain for an upcoming “Camp Olympics” based on merit and not sexist-instilled attitudes. 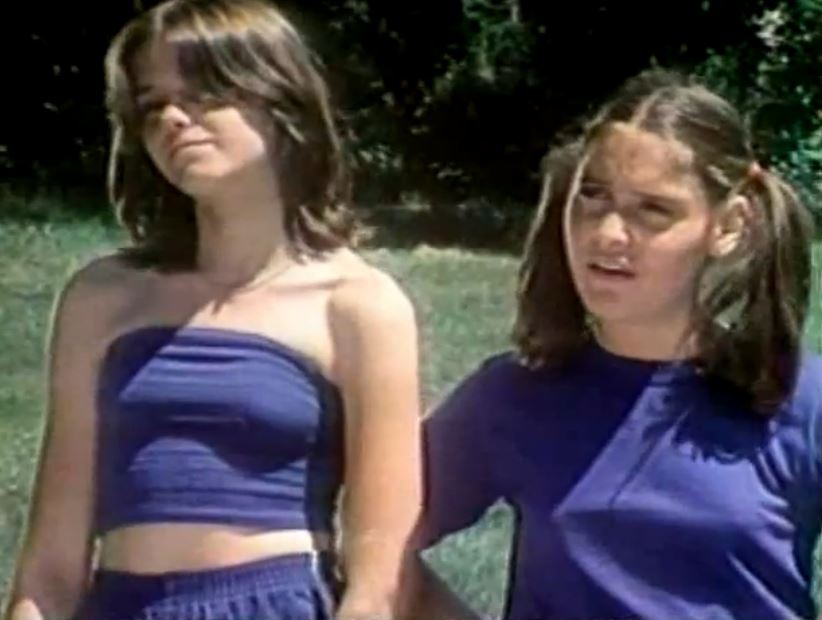 A source of amusement and accessibility, the first-time acting performances were obvious yet easily forgivable.  The “healthy” lifestyle theme was not without a little bit of friendly competition, as pictured in this scene where Suzanne handily beats an overly boastful boy in a camp-sanctioned competitive dash.  Here actress and heartbreaker Cindy O’Neal is a cut above the young Emma Watson in this author’s opinion. 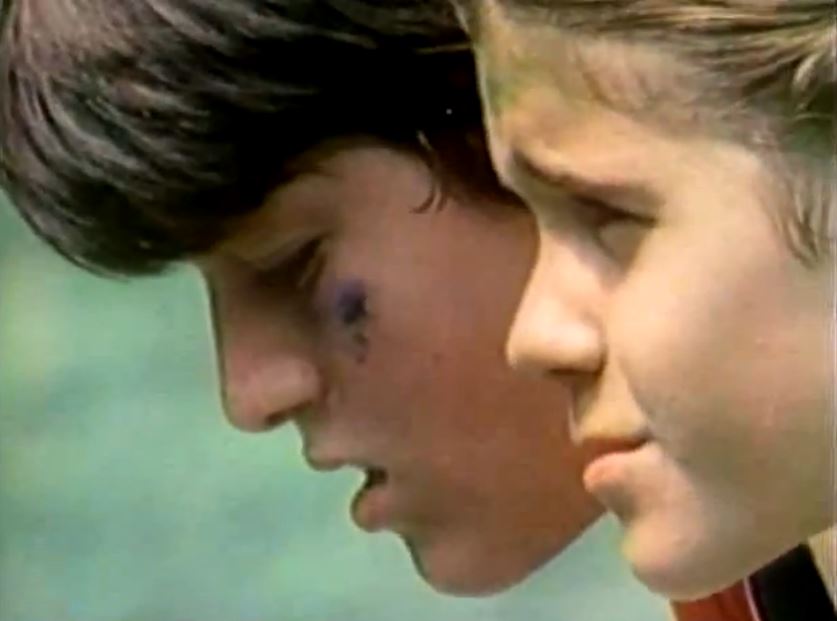 Said co-creator Terence Taylor, “High Feather was funded by the New York State Education department, as was the first series I worked on, Vegetable Soup, which was all about ‘multiculturalism’, long before it became a buzzword decades later. We cared about our audiences and what we told them about the world and our mission was to raise them well if busy parents were handing them over to us by the millions.”

And whatever became of Cindy O’Neal, my crush?  Well, I am pleased to report she is alive and well, married with three children. How’s that for a happy ending? 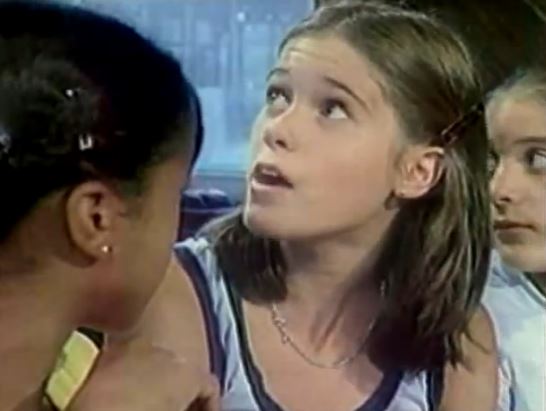