I was a major collector of horror and dark fantasy comics in the early to late nineties, including an award-winning comics anthology called Taboo.  Edited by comics Renaissance Man Stephen R. Bissette, it was published sporadically.  This is because it was devoted to quality work and was never shorter than one hundred pages, so it took time to put together.  To give you an idea of the level of talent featured, the writing of Neil Gaiman, Alejandro Jodorowsky, Alan Moore and Mark Askwith and the art of Moebius, Charles Burns, S. Clay Wilson, Spain Rodriquez, Michael Zulli and Eddie Campbell all appear in a single issue, in this case issue #4.  Also in this issue is a strange little fantasy piece penned by Elaine Lee and illustrated by one of the very best fantasy artists of that or any time, the incomparable Charles Vess.

Vess has illustrated everything from mainstream comics series like The Amazing Spider-Man, Thor and Conan the Barbarian, to Neil Gaiman’s Alex, Mythopoeic and World Fantasy Award-winning fantasy miniseries Stardust (on which the film of the same name is based), to several books written by Charles de Lint, to an assortment of children’s books, including another book authored by Gaiman, Blueberry Girl (which, incidentally, was written for Gaiman’s goddaughter, the daughter of his good friend, singer Tori Amos).  I even possess an edition of William Shakespeare’s A Midsummer Night’s Dream that was illustrated by Vess.

The following piece, subtitled The Elemental, was originally the first installment of what was to be a much longer series by Lee and Vess, of which only a handful were ever completed.  The reasons for this are long and complicated, but it had a lot to do with timing, both in terms of the creators and of the comics industry itself, which experienced a major crisis in the late eighties and throughout the nineties.

What makes this piece special is not simply that it tackled some forbidden territory in a medium traditionally dominated by male adolescent and young adult fans of musclebound heroes and big-breasted beauties, it did it in a deeply symbolic and original way.  The central protagonist is a young child who must forge an identity for herself in a world saturated by old magic she doesn’t understand but must come to terms with.  The fact that she is nude through the entirety of the story was bad enough, but what really bothered readers who first encountered it in its first publication in 1982 was the mention of a normal bodily process the girl experiences at the story’s beginning: menstruation.  As Vess explains in the intro to the piece:

” ‘A young girl exhibiting a perfectly natural biological function caused more comment and protest than all the killings, rapes, and general brutality that its companion story, Sabre, showed as a matter of course,’ Charles recalls.  ‘For months afterwards oblique references to the story appeared in the letter columns of various comics magazines…from then on, we were “persona non grata” [at Eclipse].’ “

I think this demonstrates something fundamentally wrong with America’s attitudes about youth sexuality, particularly female youth sexuality.  Murder, torture and pain are acceptable to show—the more outrageous the better, in some people’s minds.  Women with abnormally huge tits are fine too, but something as normal as a young girl experiencing menstruation is too much reality for these same people.  Go figure.  The story also addresses budding sexuality, although more obliquely.  So here is Morrigan Tales. 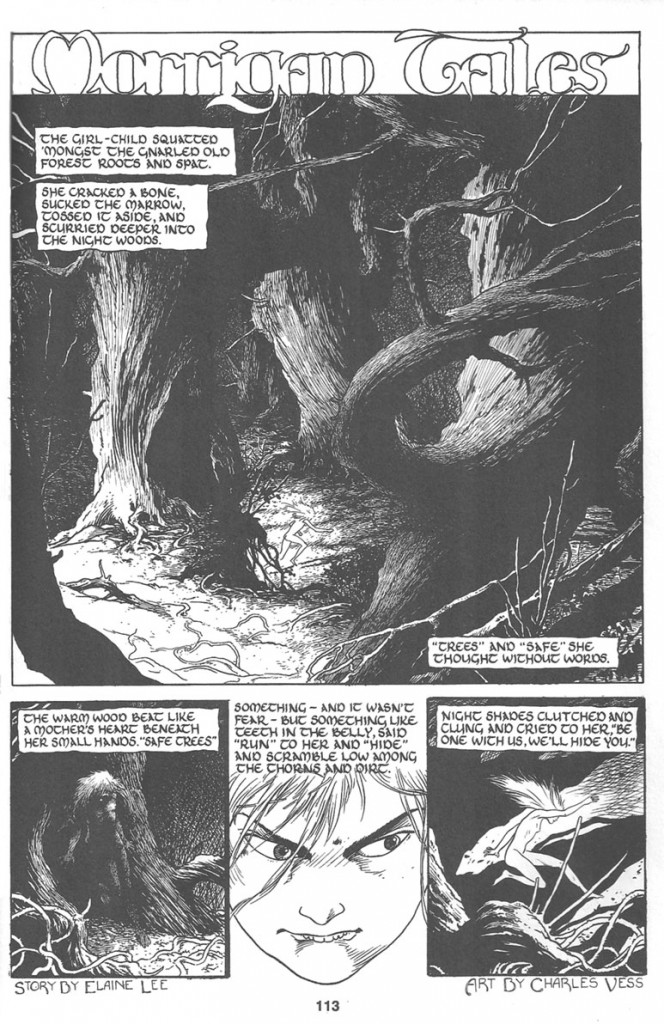 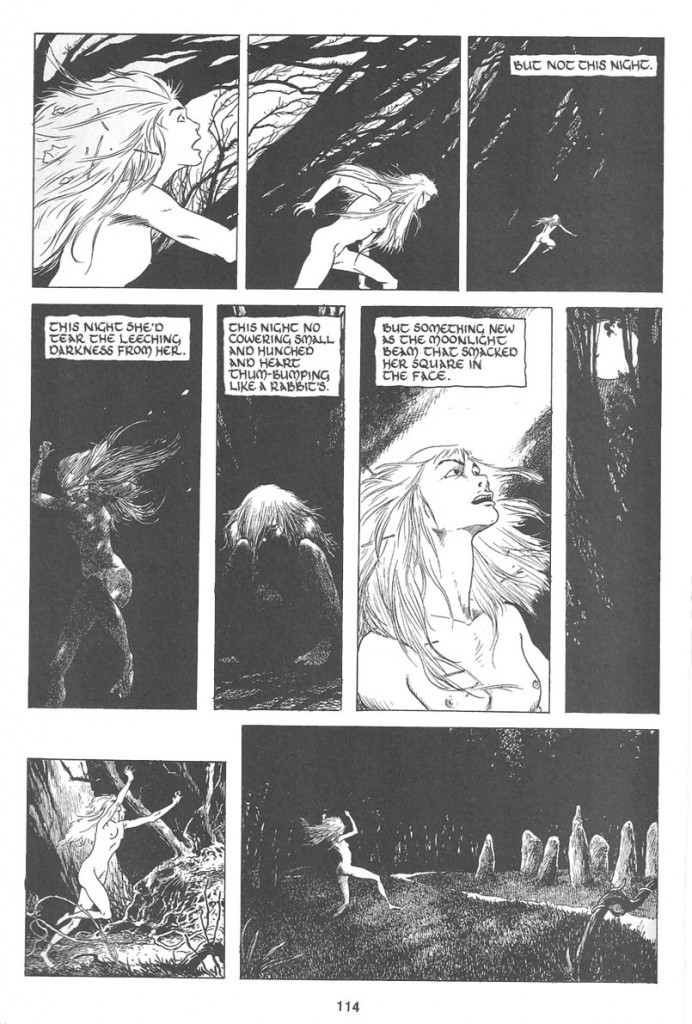 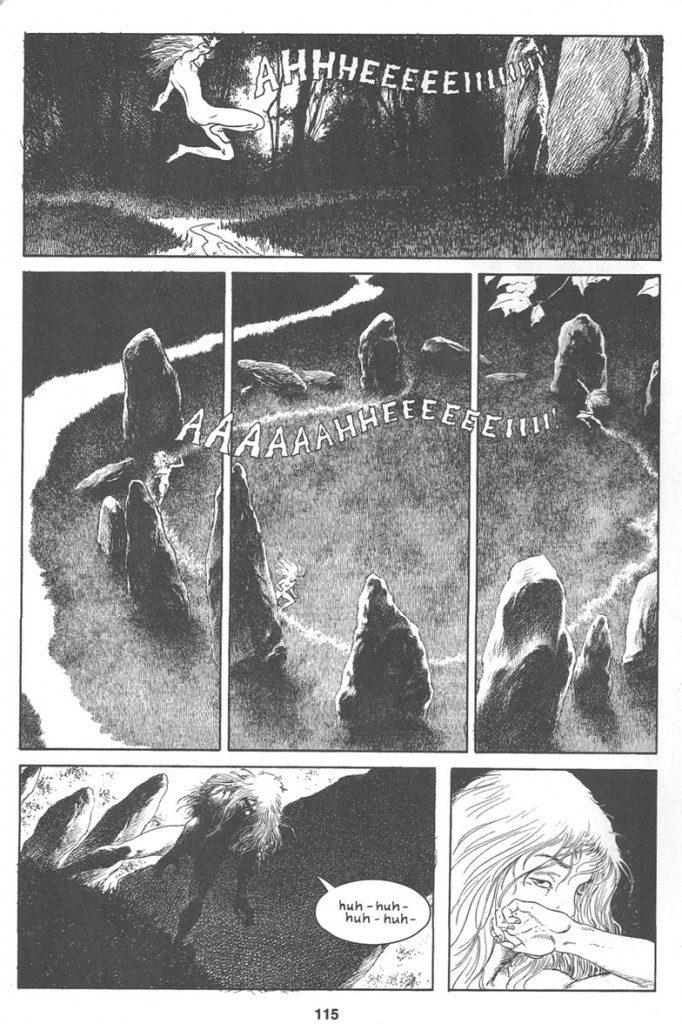 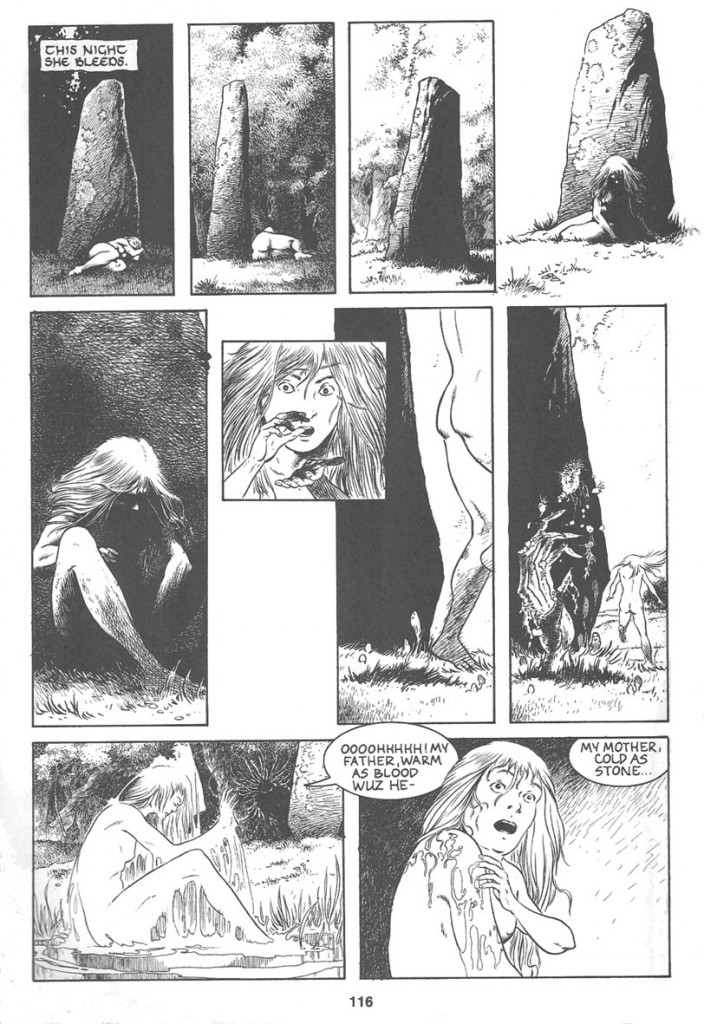 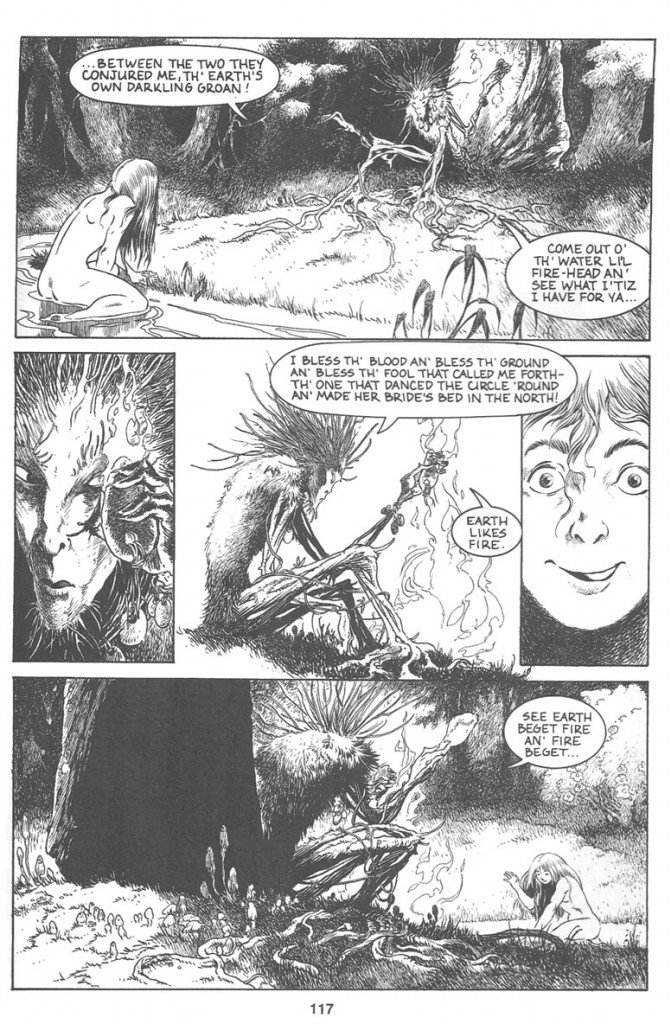 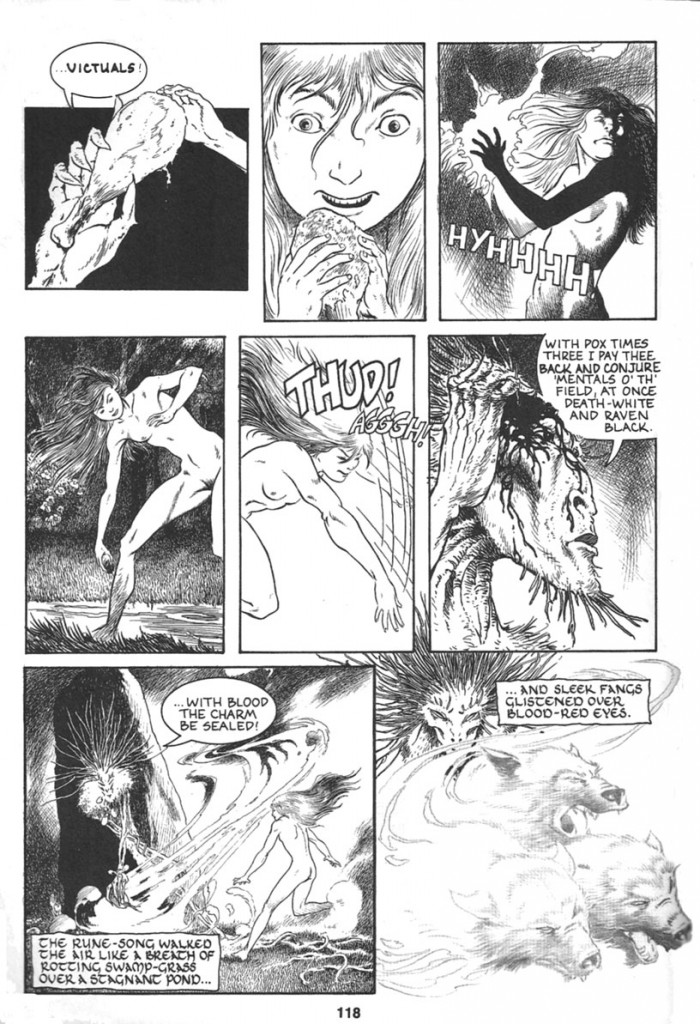 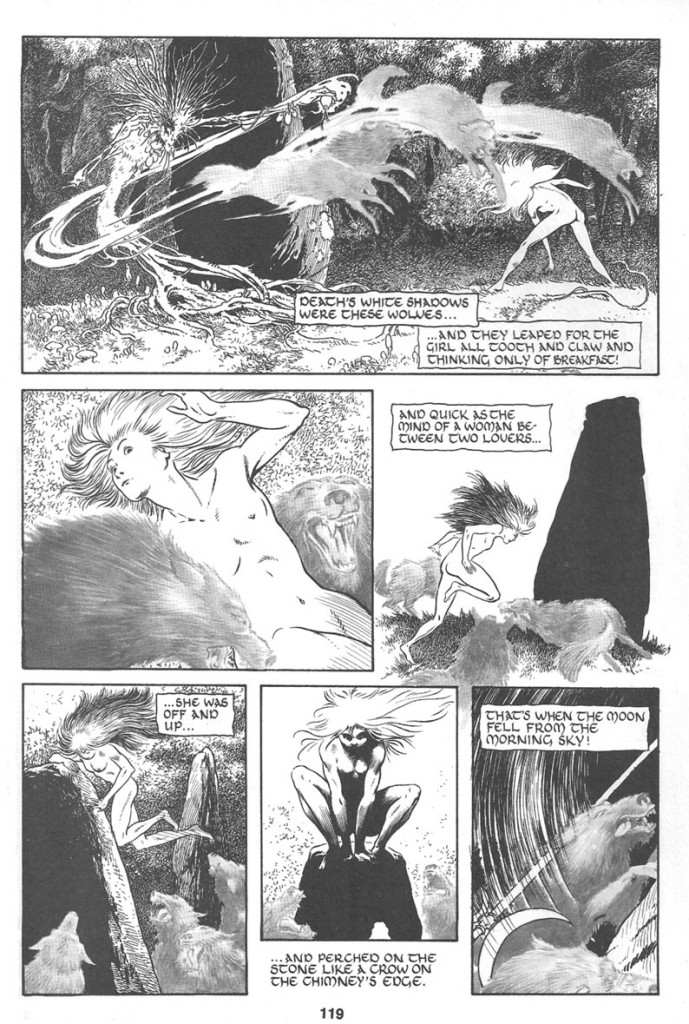 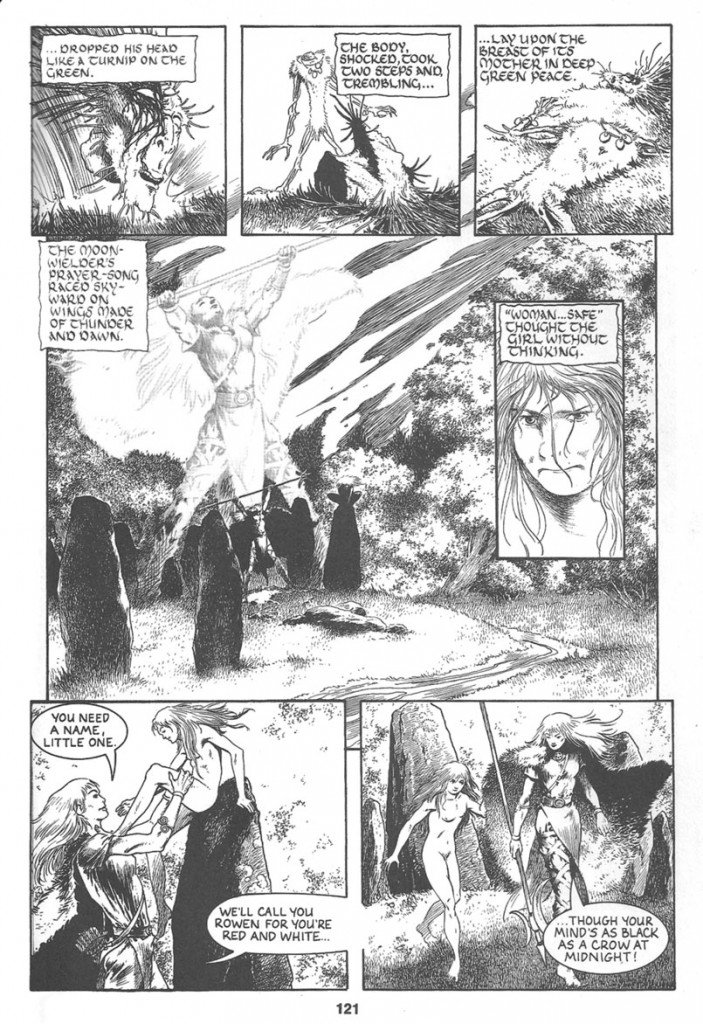 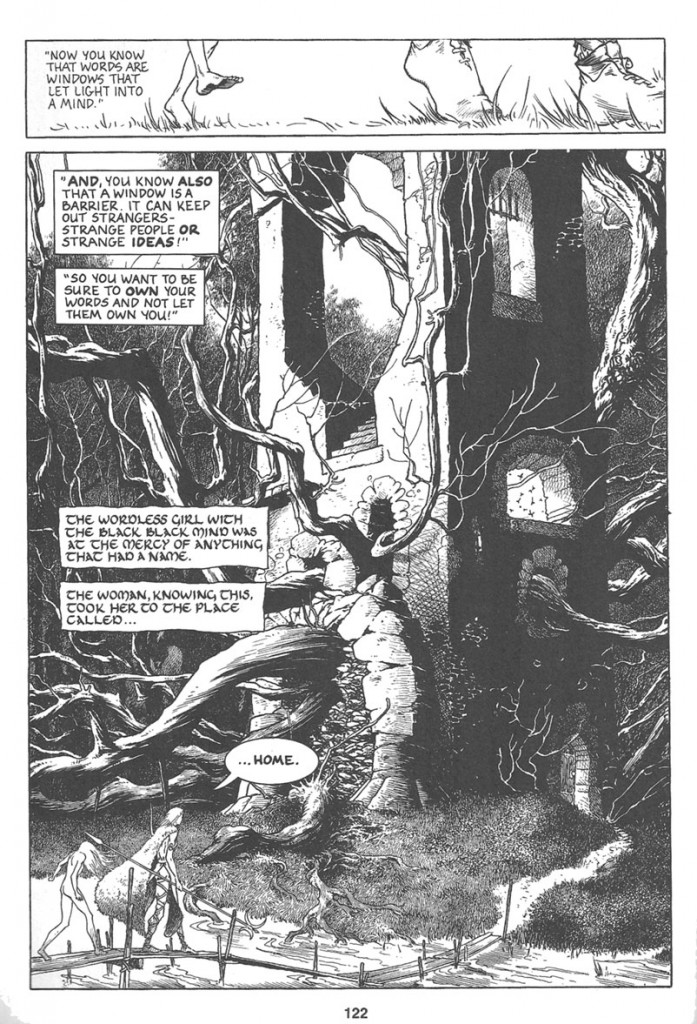 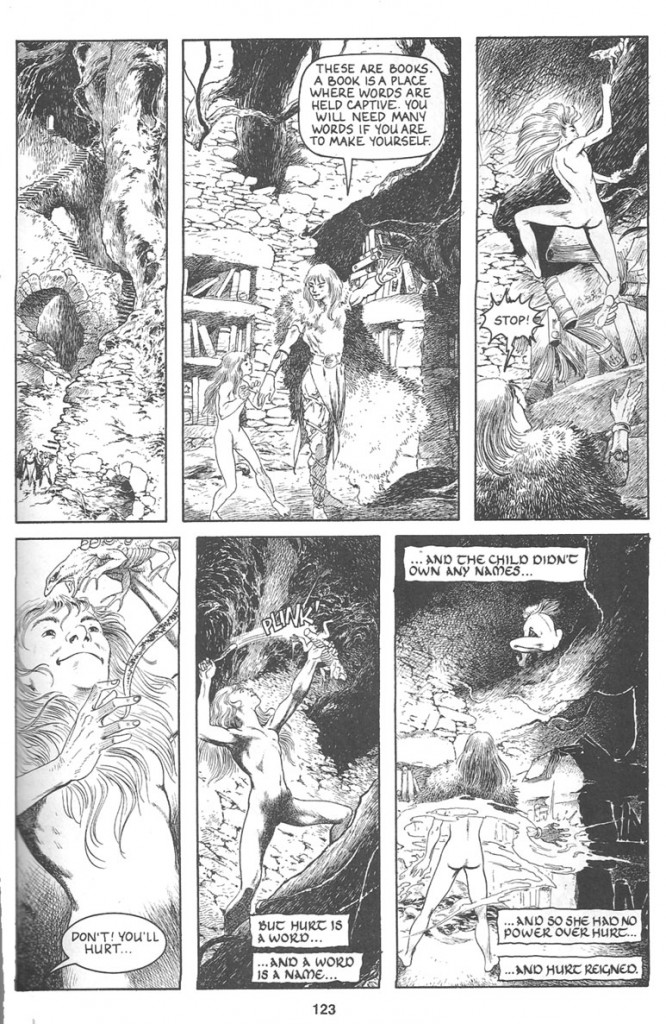 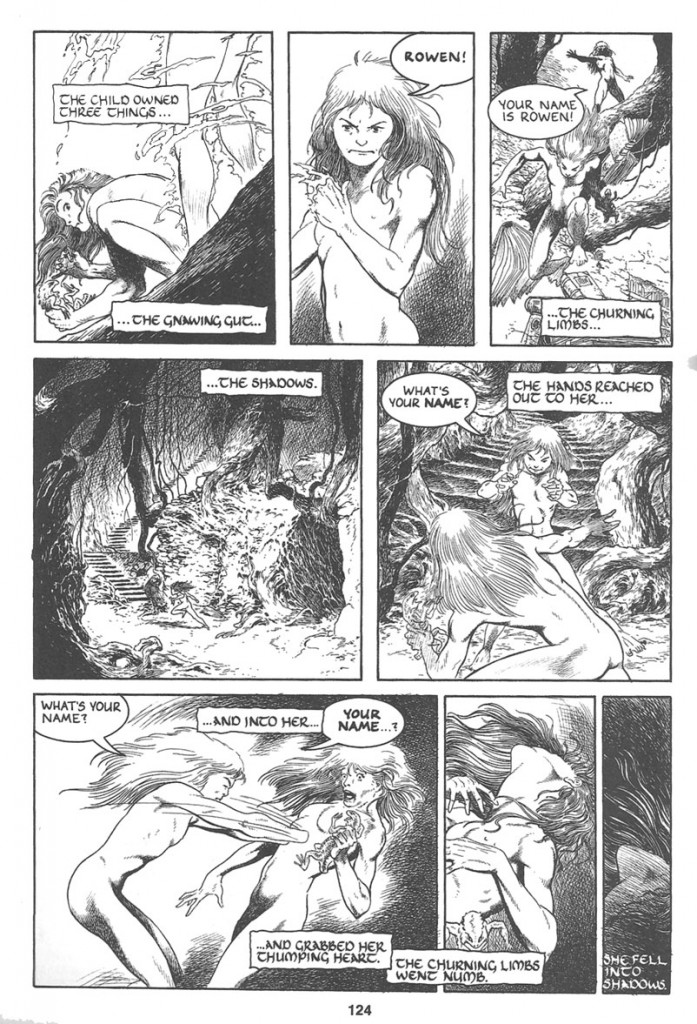 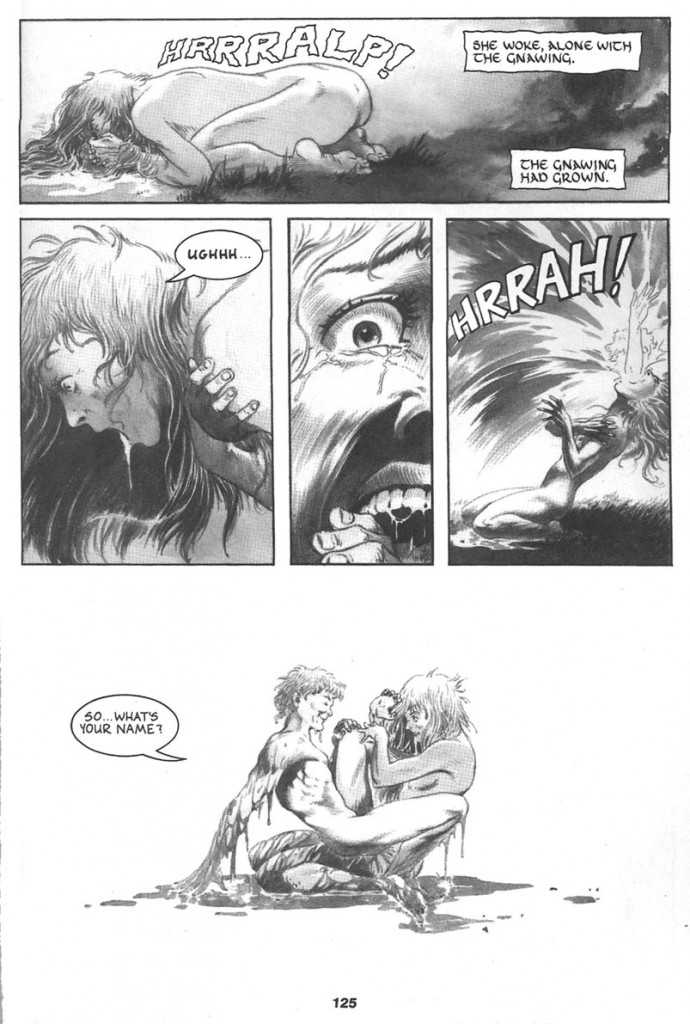 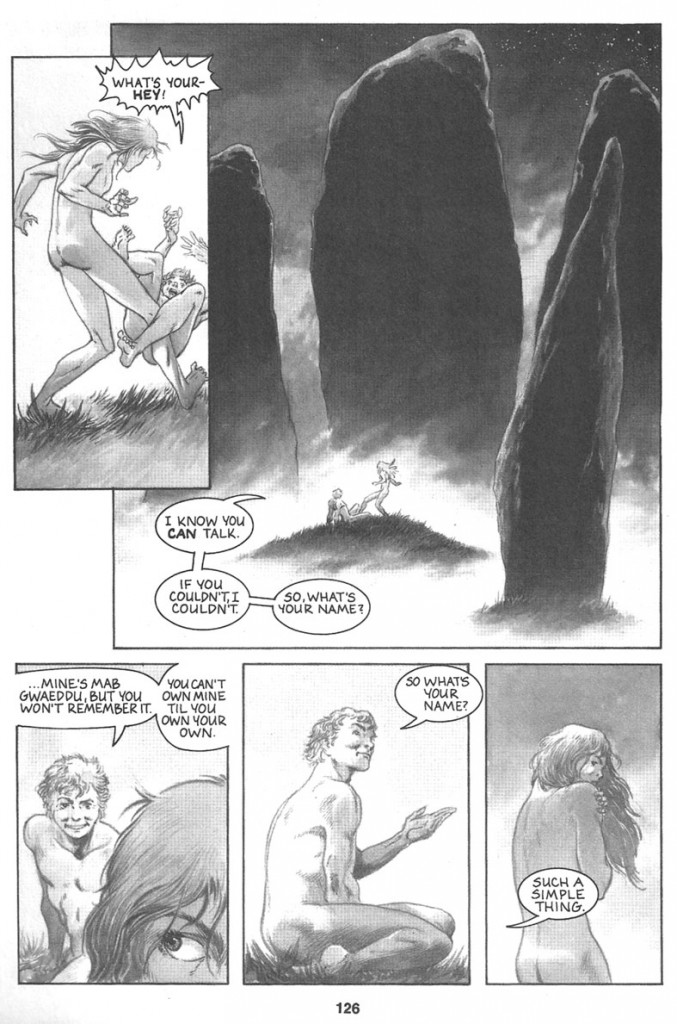 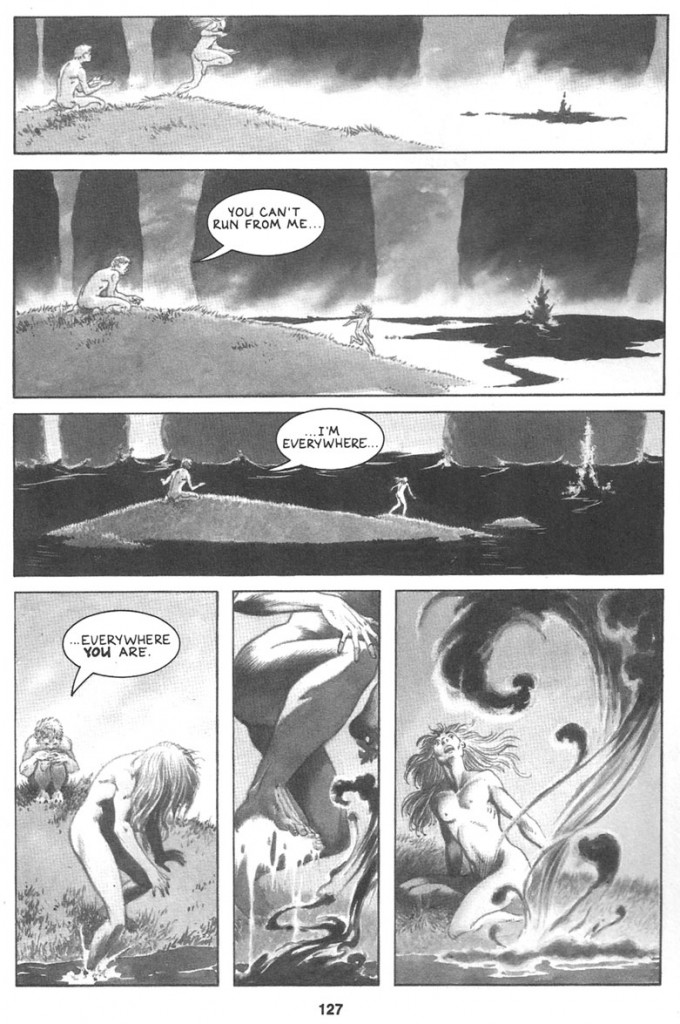 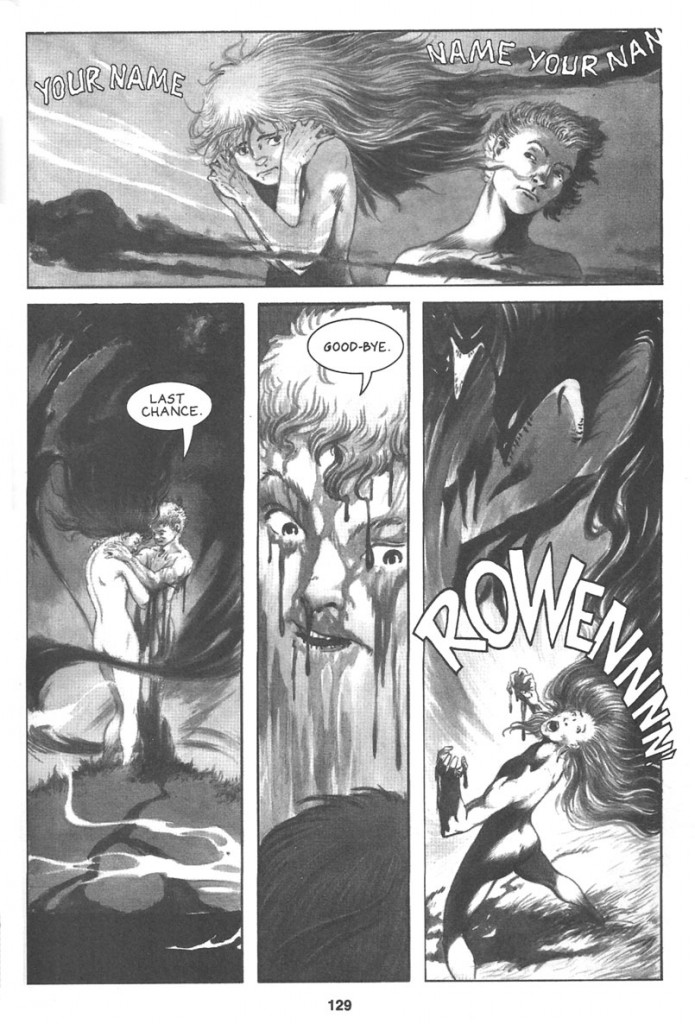 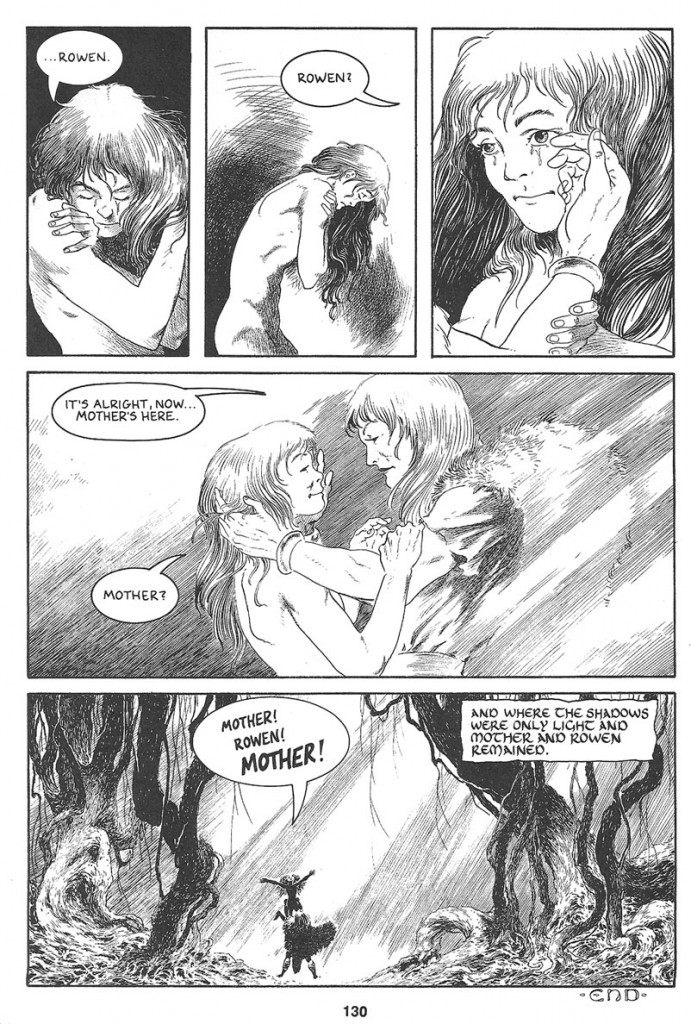