It is testament to a good artist that he have a good working and/or personal relationship with his models. The strongest evidence of such rapport—short of outright defense in a court of law—is when they return for another shoot. This would not be possible unless the model were treated with the utmost respect in the first place and she herself got something positive from the experience. Time does fly and Lukas Roels informs me that he has begun a kind of “Angels of Time Revisited” series featuring his former models using similar poses and props as those of the original series. One of the first models to participate has graciously consented to have her image appear online. Thank you, Papi. 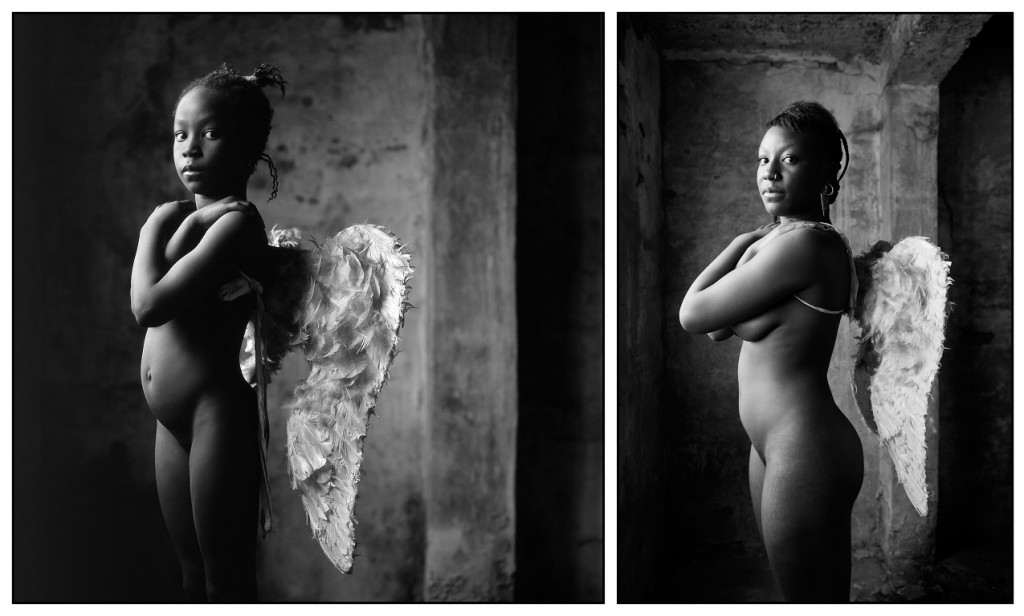 As a private collector, I never gave much thought to the ethical or moral issues in the production of such images. The nature of the self-righteous but ignorant rhetoric of extremists itself seemed to justify my position. However, it should not be forgotten that behind that closed-mindedness is a human emotional impulse and how we deal with it is an expression of our character. When I began work on Pigtails in Paint, I realized that images that were freely available in books could not just be posted cavalierly. Copyright issues notwithstanding, I understand that the internet offers a new level of publicity beyond printed matter. The issue, therefore, is not about the moral implications of producing the images, but in how they are publicized. The natural incongruity we feel has really to do with intimacy and vulnerability rather than bald exploitation. In a perfect world, models who want to pose nude would be given the liberty to pursue it, but the reality is that children especially are subjected to ridicule in own communities when they do something unconventional like this. Therefore, I wish to take this time to commend Papi for her courage and hope others will come forward soon to allow their images to appear on this site.

Readers can visit a couple of online galleries to see more of Roels’ work (here and here) or collectors may contact the artist directly at [email protected] for a catalog of available books and prints.