If one is a long-time follower of this blog or a fan of the European arts prior to the Postmodern era, then he should now be aware, if he wasn’t before, that that world was often a fairly small and insular one.  Many of the most notable artists knew each other well, or at least knew of each other.  It could be said that much of what was recognized then as the cream of European arts and letters really became so because of the fact that a goodly number of these folks were friends and acquaintances, and I would not argue the point . . . much.  It’s true that before Postmodernism changed the creative landscape, a great deal of what registered on critics’—and by extension the public’s—radars obtained its esteem by virtue of these relationships.  Of course, whether it remained there or not in perpetuity depended on many factors which had more to do with the quality of the art and the fickle tastes of high society, but it cannot be denied that many decent artists remained unknown or ignored in their own time due to a lack of the right social connections.  This type of class elitism was hardly confined to the creative fields, of course, but it certainly existed strongly there.

Consequently, the biographies of seventeenth, eighteenth, nineteenth and early twentieth century men and women of the humanities often reads like an episode of James Burke’s wonderful television series Connections (which Ron has mentioned here before), a chain of creativity reaching back into the Middle Ages, fostered largely by wealthy patronage and by the academies.  Even those artists who sought to change this unfair system through their work or through their social standing were still necessarily a part of it.  Such was the case with Hans Baluschek, a German painter and graphic artist associated with the Symbolists and especially the Berlin Secession.  Like many of the artists of that movement, Baluschek identified with the working class to some extent and sought to empower them, using his art to portray what he perceived as both the inherent dignity and the terrible conditions of the working class. 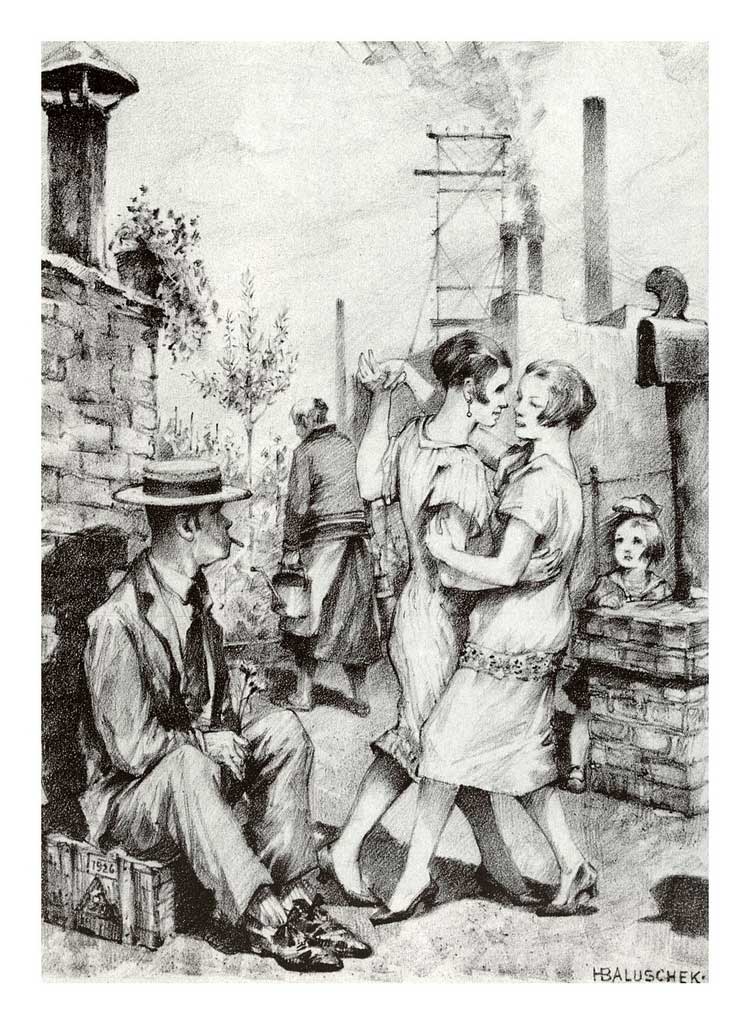 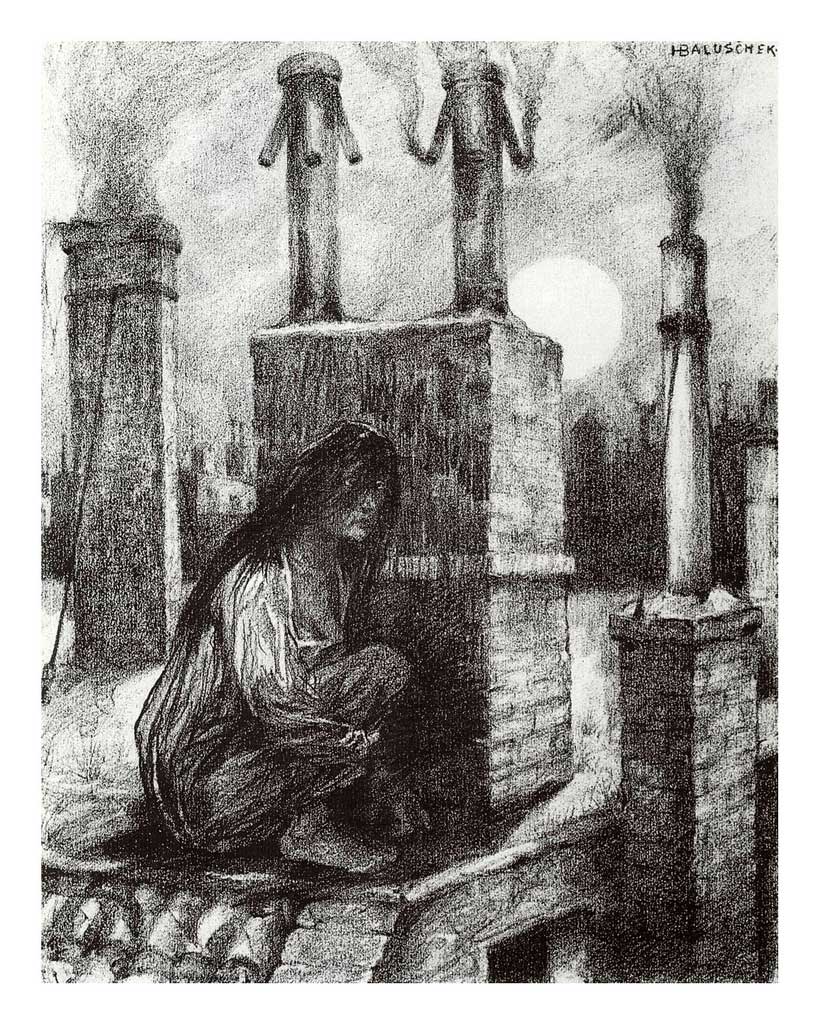 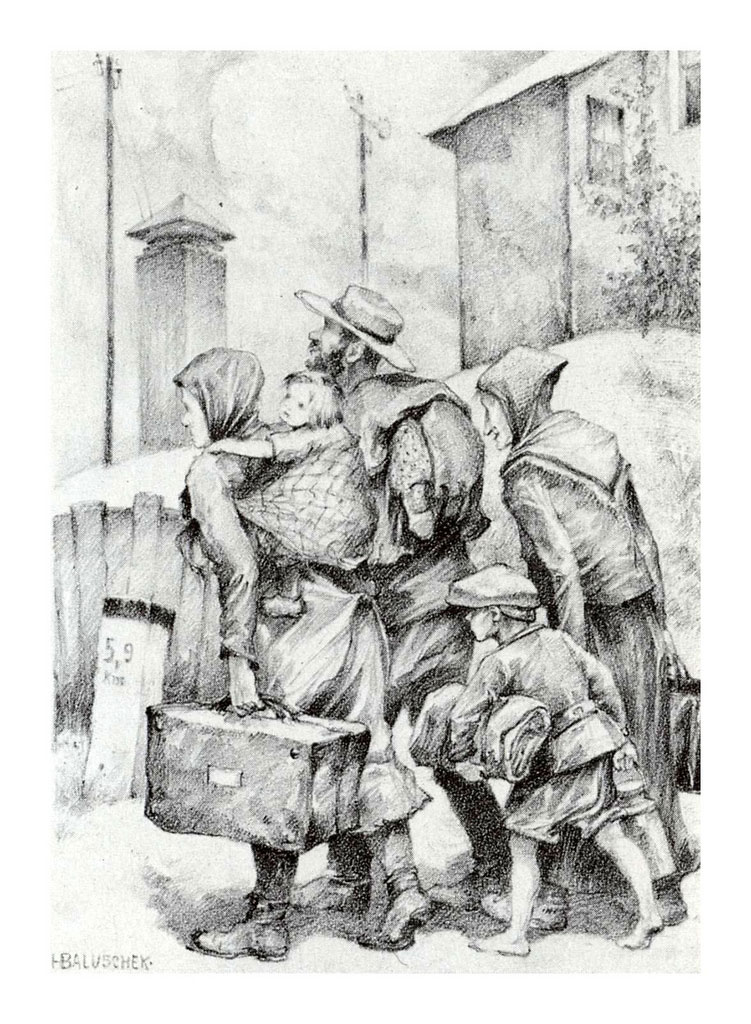 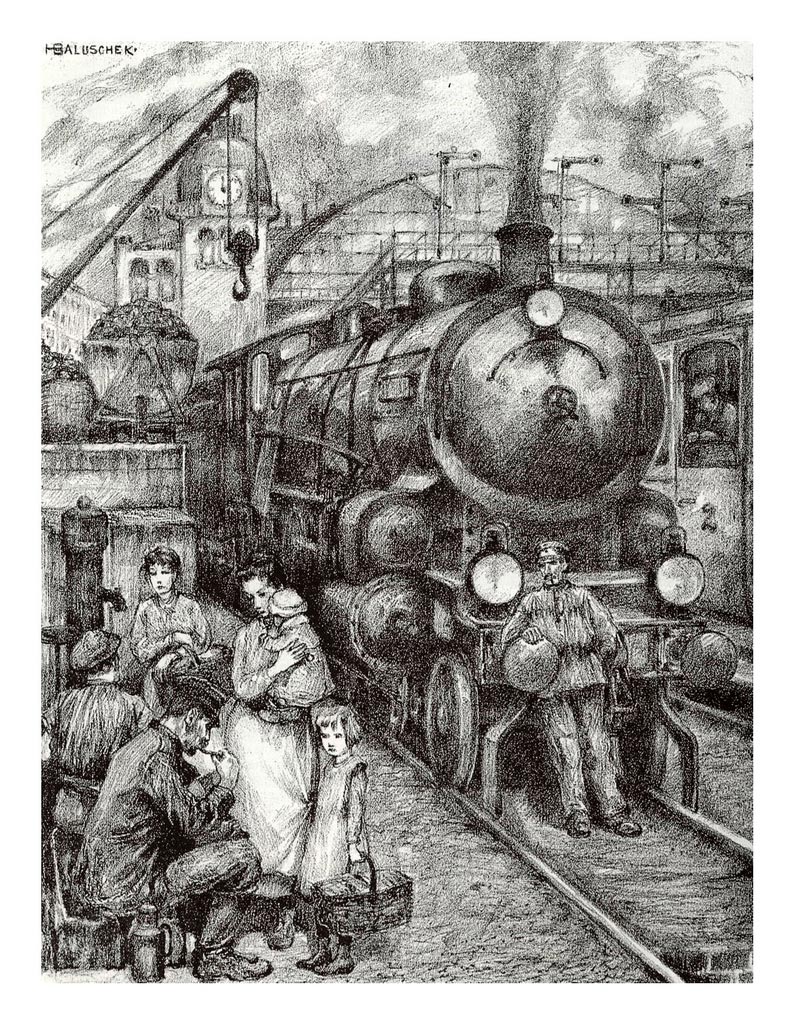 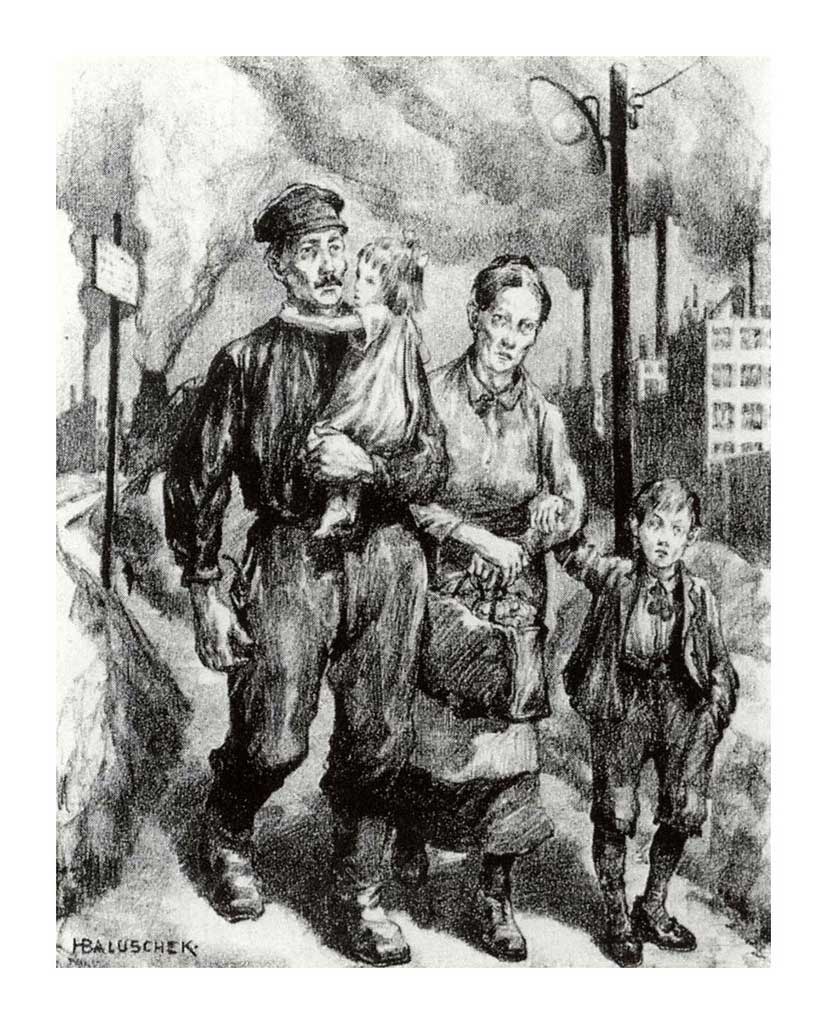 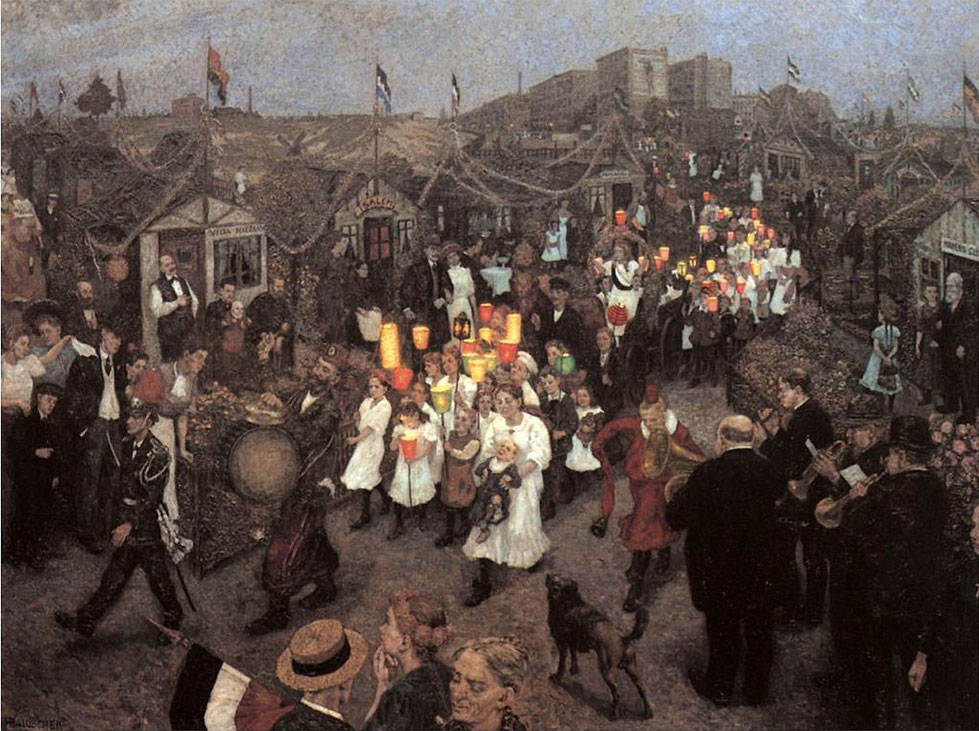 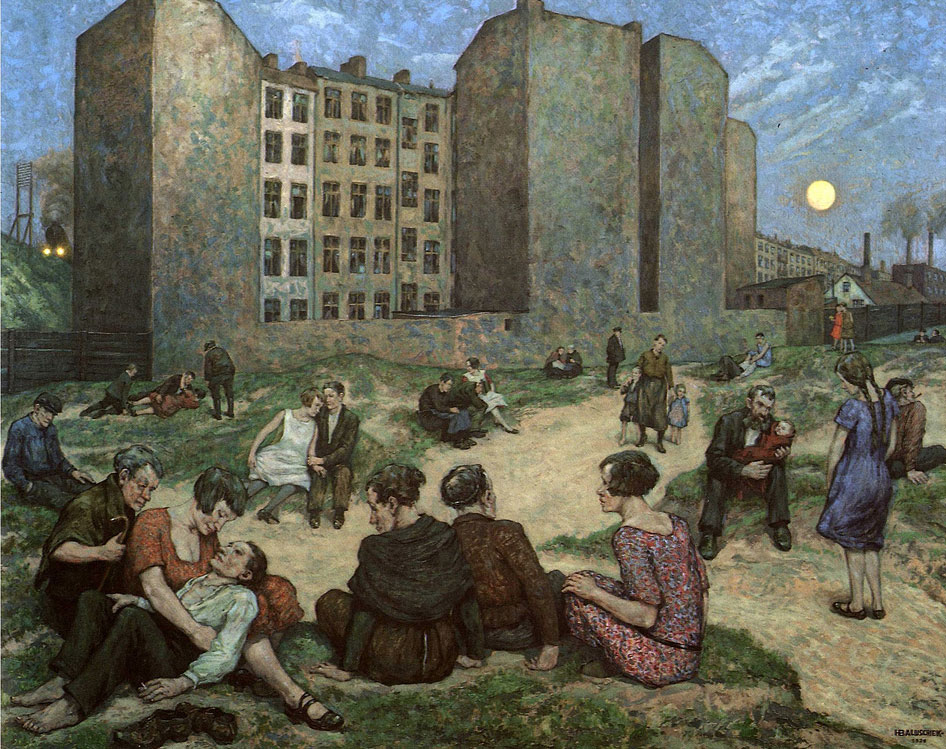 Although Baluschek preferred to depict the working classes in his drawings and paintings, he wasn’t opposed to presenting the higher classes either, particularly in contrast to the poor, such as in the work Berlin Fairgrounds.  Note the lower class boy smoking in the foreground of the image. 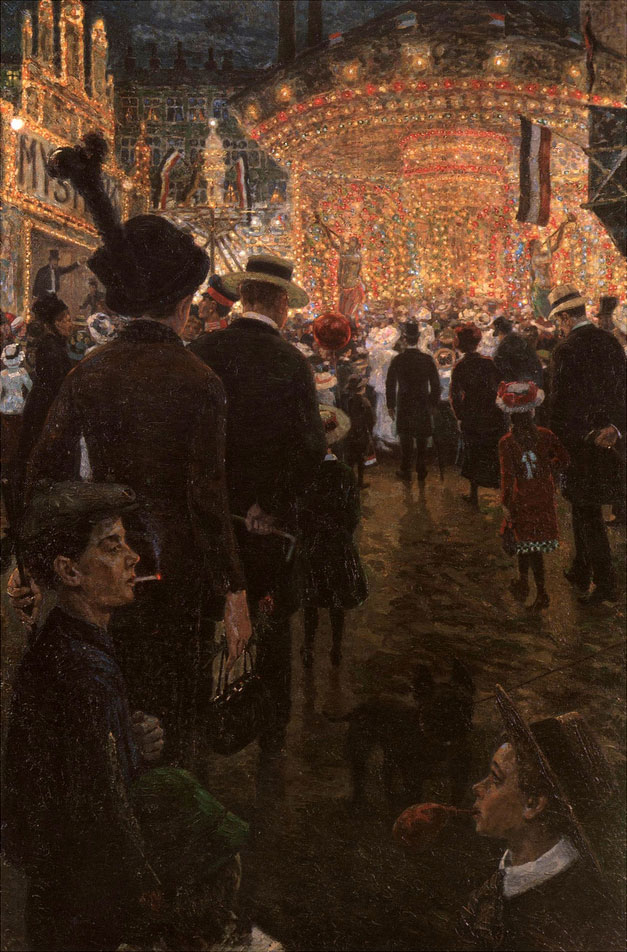 I mentioned earlier how many of these artists were connected, if not directly then at least through third parties.  Such was the case with Baluschek and noted German Expressionist painter and sculptor Ernst Ludwig Kirchner.  Although Kirchner was never a member (officially anyway) of the Berlin Secession, he and his group of artists and architects known as Die Brücke were associated with it, and Baluschek and Kirchner had another connection through the person of Dr. Oskar Kohnstamm, a psychiatrist whose children became the stars of their own play and children’s book, Peterchens Mondfahrt (often tranlated into English as Peter and Anneli’s Journey to the Moon) which Baluschek illustrated.  Kirchner was a patient of Kohnstamm, whose sanitarium treated those with chronic depression.  The play’s and book’s author was Gerdt von Bassewitz, and Peterchens Mondfahrt proved to be his most–indeed, his only–successful work. 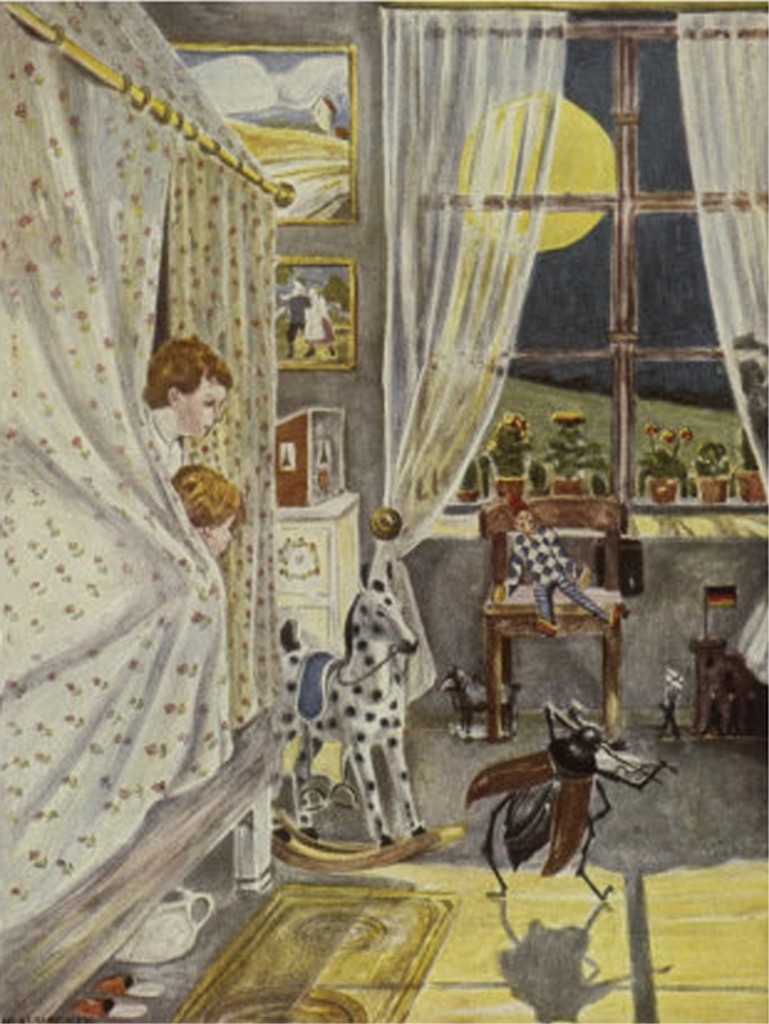 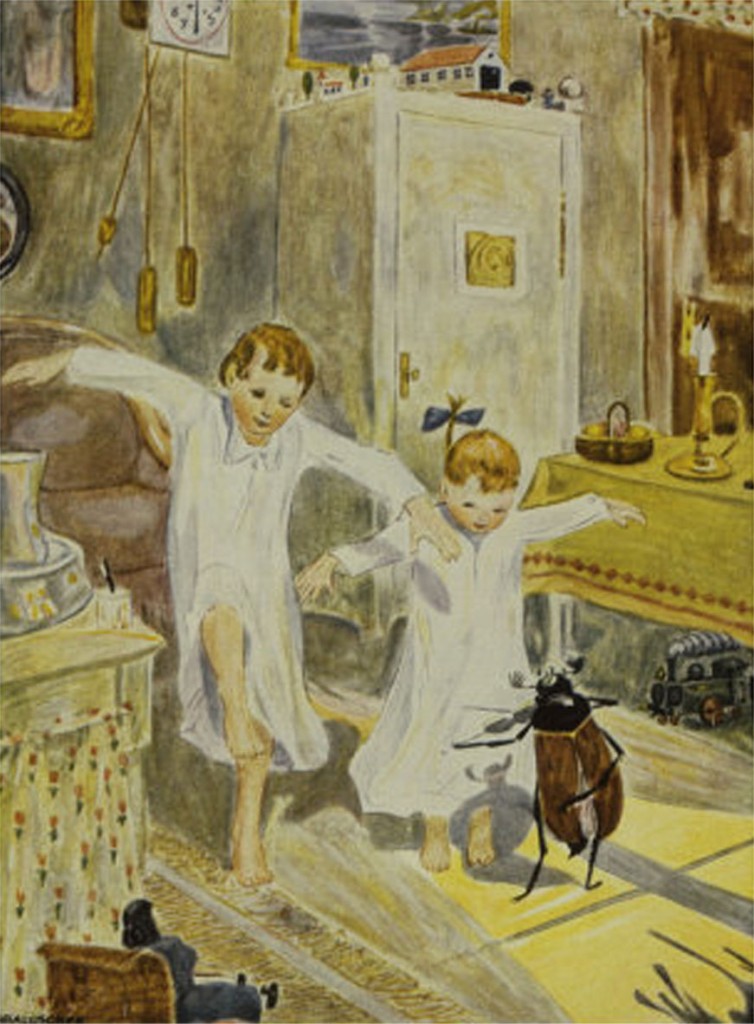 But one of Baluschek’s most interesting paintings—to me at least—is uncharacteristic of his work in a number of ways.  First, while most of Baluschek’s paintings had urban settings, this one presents a sparse country scene.  Secondly, while the allegorical context of many of his artworks tended to be subtle, this one (called Death) is a fairly obvious Symbolist comment on a major social problem of his day: the abuse of opiates.  Opiates were fully legal in Germany in the late 19th century when this piece was created and were sold as an over-the-counter remedy for a number of ailments, even for children.  But here the children represent both the naivete many people had about the medicine’s dangers and the sort of child-like feelings of carefree bliss that opiates can sometimes induce.  Another factor which sets this piece apart from most of his later work is the odd, simple composition.  In fact, it is because of the simplicity of the composition—Baluschek relies on a handful of small, light elements at the right of the picture to balance out the heavier, darker elements on the left—that one can discern that it isn’t quite successful overall.  The left side is too heavy.  However, this is somewhat mitigated by the strange buoyancy of the poppy flowers.  The flowers appear to be almost consciously seductive, and we can see the children have fallen under their spell, with one of them, the little girl lying in the background, already presumably dead.  No doubt the boy will suffer the same fate soon enough. 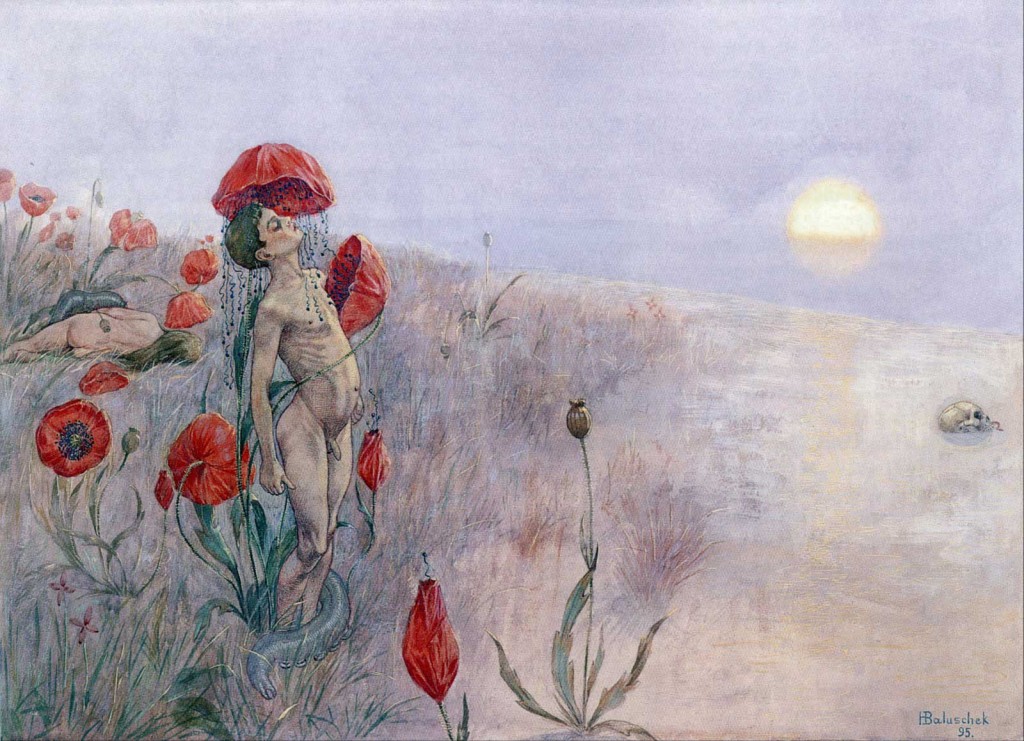