A couple decades ago, I lived in a small town with an interesting woman who opened a video store. She carried a few mainstream movies to keep the business afloat, but really it was a way of sharing her personal collection of avant garde films and documentaries with the public. Those were the days of VHS and so anyone who rented something from her personal collection had to follow strict rules including cleaning their VCR heads before each play. We became fast friends and she would recommend things that I had never heard of. I don’t remember most of the titles now, but they included things as wide-ranging as Wallace & Gromit, Equus and Powers of Ten by Charles and Ray Eames. With my interest in science, the idea of examining the universe by zooming out and then zooming in exponentially was fascinating and an amazing achievement given the technology of the time. 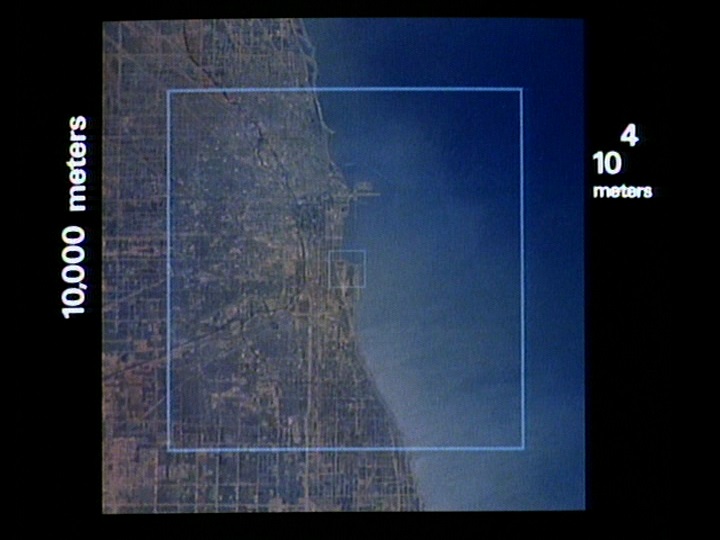 I knew the Eames’ made a lot of other experimental films, but I had not seen them. I was pleased to discover later that all the films were finally put on DVD. None of this seemed to have anything to do with little girls, but I was in for a surprise. One of the pieces was called Lucia Chase Vignette and featured a girl—perhaps an Eames granddaughter—who had her diary stolen and spends the whole time chasing her little brother all around the grounds to retrieve it.

Before there was texting, many literate girls would record their private thoughts in a journal—sometimes with lock and key. Many sitcoms have used a girl’s diary as a way to motivate the events in a story. In this case, the simple plot was used to test a new home instant movie system that produced color film called Polavision which hit the market in 1977 and became the basis for more commercially successful systems later. It also offered a way to show off the Eames’ property where they built a model home in 1949—made from materials available in standard industrial catalogs—and shows how it had developed.

Charles Eames died in 1978 and when his wife Ray died in 1988, Lucia Eames Demetrios—the daughter of Charles from a previous marriage—became heir to the intellectual property the couple had produced in their long collaboration. The films—now viewable on DVDs—were then released in 1989. It is not clear whether “Lucia” in the title indicates that she shot it herself or that the actress featured is her daughter Lucia Dewey Atwood.  While working on this post, I discovered that Lucia Eames Demetrios just passed away on April 1st.

It is difficult to summarize the accomplishments of Charles and Ray Eames because they played with such an eclectic range of ideas. To my mind, they represented a kind of ideal of a bygone age of know-how and innovation that Americans were supposed to be known for. The Eames’ work started with the development of mass-produced molded plywood furniture—first for the military and then commercially. Then they began to develop techniques for making furniture using other materials which has been copied many times by other companies. In 1950, they produced their first film followed by many others covering history, science, math, technology and art. They also designed and erected a number of museum exhibitions—the most elaborate being a Franklin and Jefferson showcase to celebrate the United States Bicentennial in 1976. A rough overview of their work can be seen on Wikipedia (which only gives a taste of how prolific they were), but the best way to understand this couple’s contribution is by watching their films. An introduction was produced, narrated by Gregory Peck, to give us an idea of the scope of their work and what a stimulating environment they and their associates must have worked in.

Eames: The Architect and the Painter (documentary)