It is easy to underestimate what children are capable of when given the right encouragement. A short while ago, a friend turned me on to a video about a rock climber named Brooke Raboutou. The video is one of a series about prodigies produced by @radical.media and aired on the THNKR channel on YouTube. At the time of production, she was 11 years old and had broken a number of age records for climbs with the highest difficulty ratings—climbs that only a minute fraction of adult climbers have tackled. 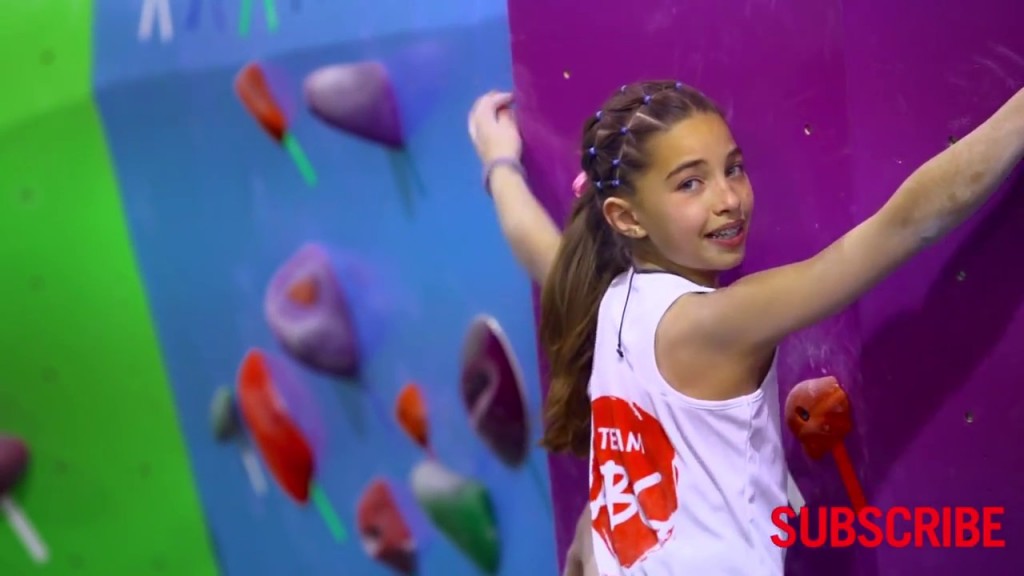 I was at first tempted to produce a somewhat perfunctory post about this remarkable girl, but as it happens, I know a little about rock-climbing. My mother’s second husband was an avid climber and turned her on to the sport and I have accompanied them on a few simple climbs. Climbing is often misunderstood by outsiders who assume that it is simply a matter of strength and endurance. In fact, the most important attributes are balance, flexibility and a degree of creativity. Strength and endurance complement these skills to produce the best climbers in the world. The remarkable swiveling moves Brooke makes is hard to convey in a photo still and the video needs to be seen to get a sense of it. One of her climbing coaches says she has almost baby-like flexibility. Indeed, after learning of this story, Ray Harris at The Novel Activist—doing research on child prodigies for one of his novels—decided he had better beef up his heroine’s superpowers! 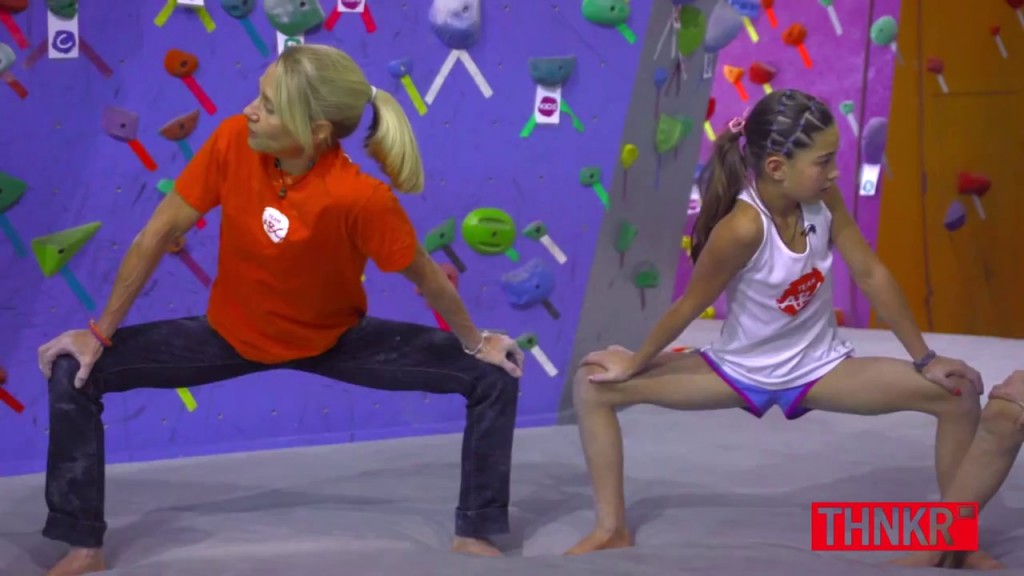 A climbing wall is like an ordinary household appliance in the Raboutou home and theirs was built by Brooke’s father, Didier Raboutou—an exceptional climber in his own right. There is also a practice ledge for maintaining finger strength, a prerequisite trait for handling “hanging” climbs. In the shots above and below, we see Brooke exercising with her mother and coach, Robyn Erbesfield. 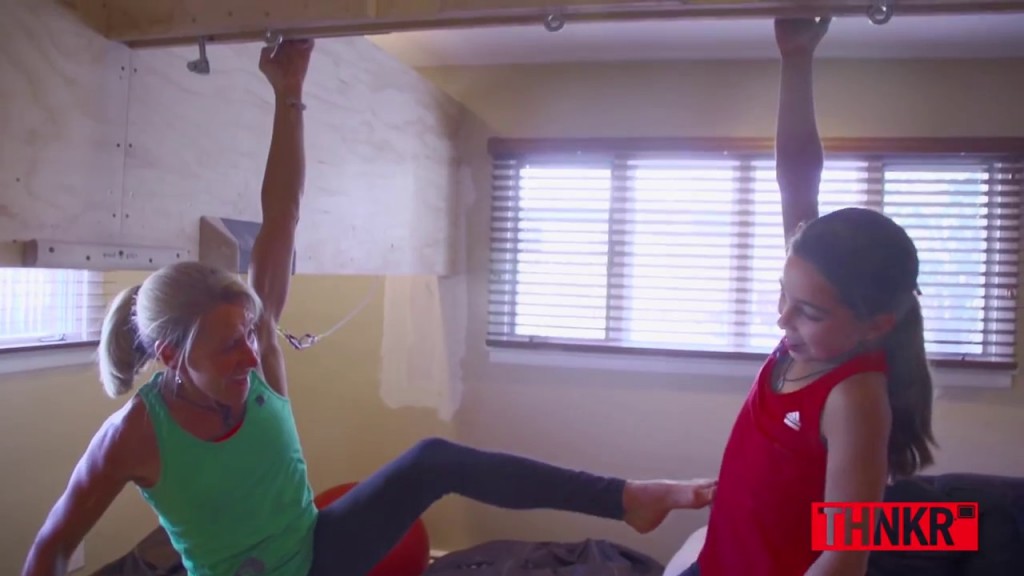 As with all prodigies, a bit of luck is involved. Talented children need to be given the right environment in which to express their talent. The Raboutou family has encouraged athleticism in their children from a very early age. 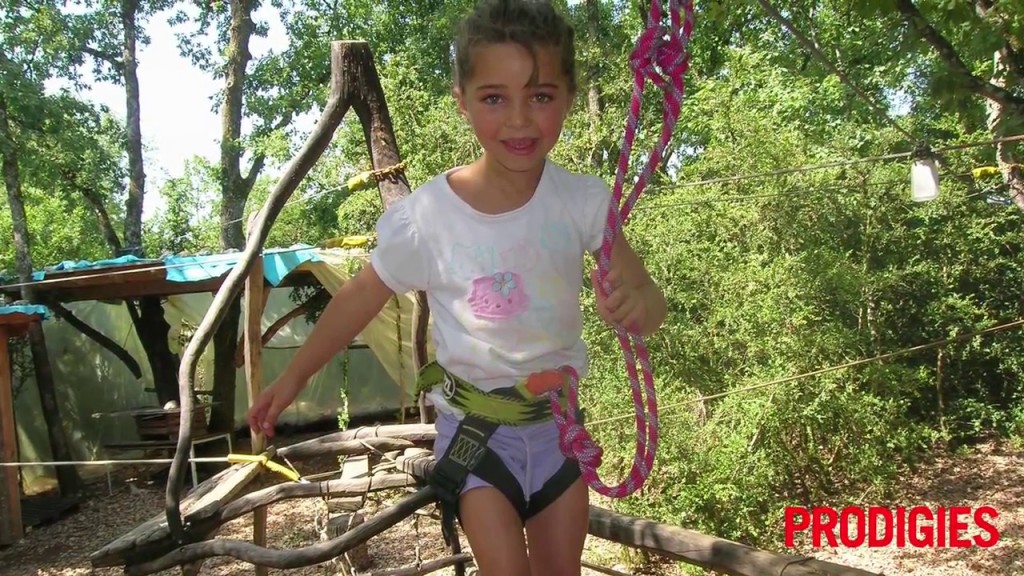 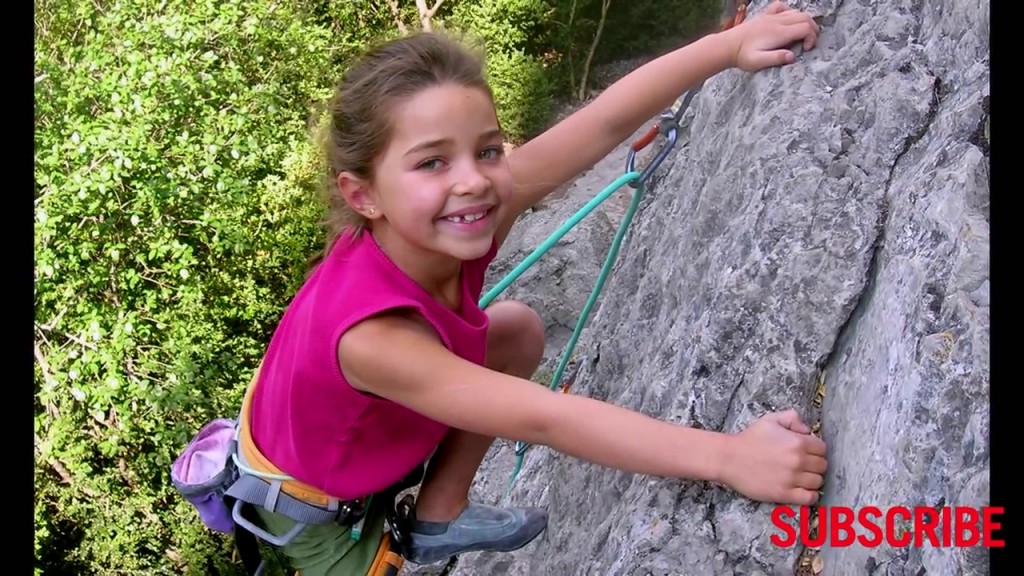 Her mother points out that Brooke is quite driven in her ambitions and the family have never had to push her in this regard. Many a time, she could be found trying and retrying a climb until she was satisfied—even after dark. With great ambition, comes great disappointment and I was impressed by the inclusion of one scene where Brooke lost her grip and fell. You can hear her cry as the reality of her slip hit her. It was brave to include this for it shows us her humanity and is not just another showcase for her talents. 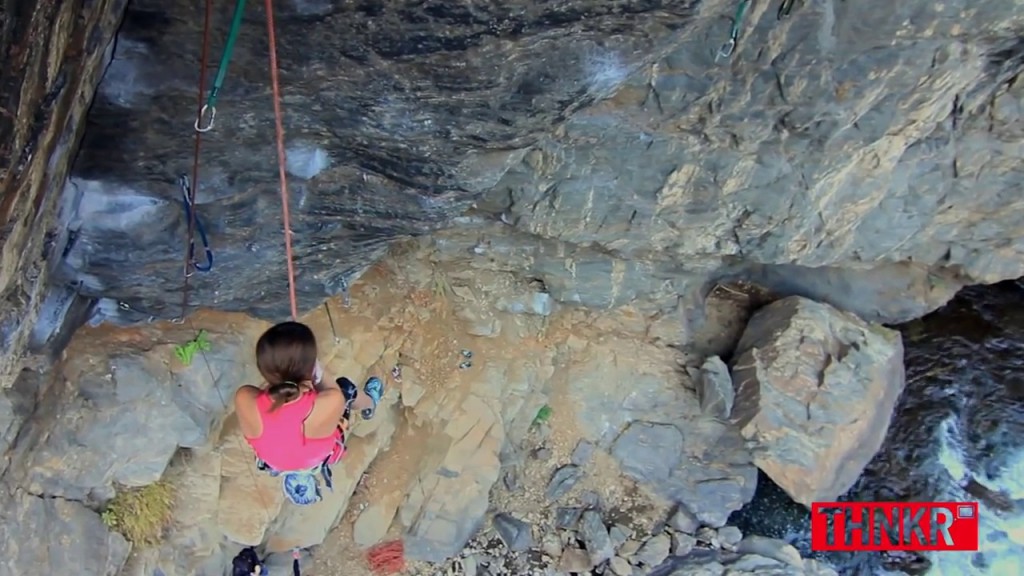 I don’t mean to be a killjoy, but I feel it important to point out some things about climbing that accounts for some of this virtuosity. As mentioned before, strength and endurance are important in the most challenging climbs, but for a climber, lean muscle tone is paramount. I am reminded of the movie Cliffhanger (1993) starring Sylvester Stallone. Anyone who knows this actor of Rocky fame knows he is quite muscle-bound. When training for the movie, his coach reported that he had the greatest difficulty doing what is considered the simplest maneuvers simply because he has the wrong physique to be a skilled climber. By the same token, a child with sufficient discipline actually has an easier time because of the lighter body. Once adequate finger strength is developed, the child climber has a huge advantage over adults with much more experience. Another fact of which most non-climbers are unaware is that the spacing of footholds and handholds are critical in the difficulty rating of a climb. For a shorter person, reaching the right combination of holds can be a radically different experience for someone with a different center of gravity. Therefore, it might be argued that the rating of some of these climbs is really inappropriate for Brooke (and other children). Instead, what I feel is most impressive about Brooke is not her ability to break records, but her tenacity in pursuing something challenging she really enjoys; she follows her bliss.

In researching this story, I found there was little information after a couple of years ago. The only current information can be found on Brooke’s own Facebook page. She still loves climbing, but I expect that she began to take on other interests and more and more her ambitions will be focused elsewhere.