Most people conversant in world affairs is aware of the Soviet newspaper Pravda (“Truth” in Russian), but many may not have realized that it was a publishing and printing enterprise generally. In the late 1950s and 1960s, it issued an extensive series of photographic postcards featuring children presumably depicting the joys of Soviet life. Therefore, I offer five images for your consideration here.

The first two are photographs by A. Stanovova. I like the first one especially because the girl seems to epitomize light-hearted girlishness which is kind of iconic for this site. It’s title translates to “Friends”. 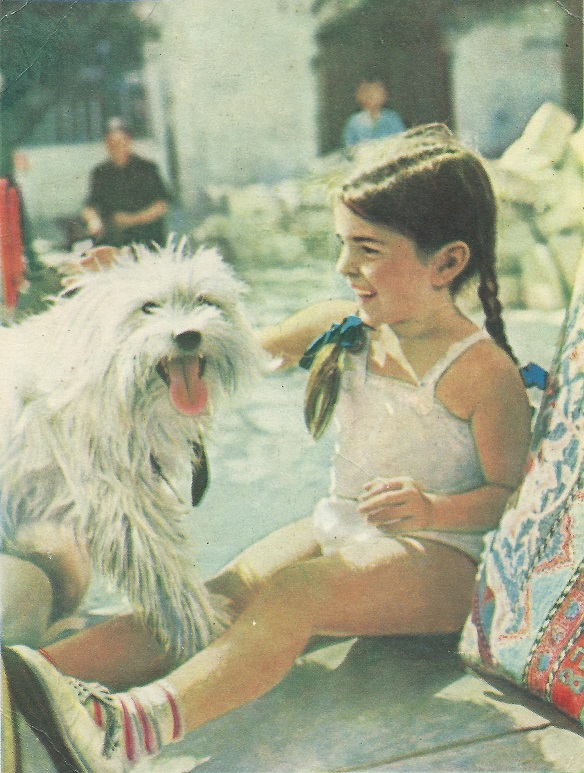 The second was issued earlier and translates to “Before the New Year”. Notice the careful avoidance of the word Christmas even though that seems to be holiday being portrayed. One of our readers offers an excellent explanation for this peculiar cultural development, so please read the comment at the end of this post for more details.

The next photo by Dmitri Baltermants is titled “Reconciled”.

Edit: I have made some slight adjustments to the name of the photographer.  Ron’s use of Dm. Baltermantsa was not incorrect, but the photographer, an important photojournalist in Soviet Russia, is generally recognized in the Anglo world under the name Baltermants.  Here is the Wikipedia page on him. -Pip 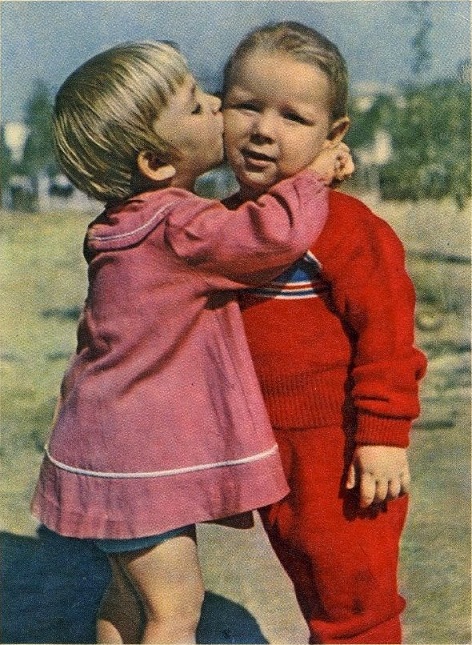 I had at first thought the artist and caption was in Serbian (they use a Cyrillic alphabet also) as the title does not make much sense translated into Russian. The artist is L. Borodulina and the caption translates as “Tuzik, beg!”.  Again, one of our readers cleared up the confusion which you can read below.

The last is by V. Tyukkelya depicting these naked children clearly having fun. The caption is a Russian exclamation and does not translate perfectly, but something like “All Right!” or “Yahoo!” is about right.