This item comes from a series featuring artists from Ryazan. This oil painting is entitled “Natasha”. 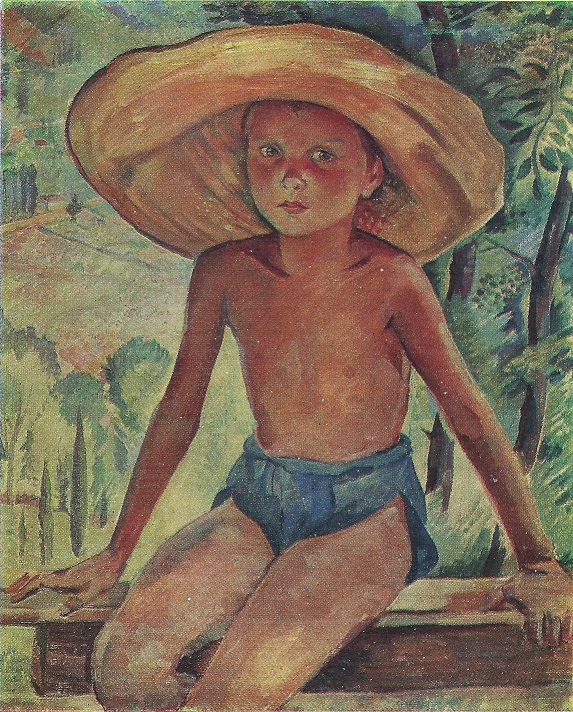 Lubov Fedorova Mileeva (1894-1930) was born in Ryazan, but worked in Leningrad, the Ukraine, the Caucasus and Central Asia. She graduated from the Art School Society for the Encouragement of Fine Arts in 1914 and collaborated on two prominent Soviet magazines. She participated in ethnographic expeditions and in 1926, created a series of works devoted to the peasants of Ryazan. In addition to being a painter, she was also a skilled draftsman and noted illustrator of children’s books. She won numerous awards during her short career including a gold medal at the World Exhibition in Paris in 1925 and a posthumous solo exhibition of her work was held in Ryazan in 1936. Collections of her work can be found in the State Russian Museum and the Ryazan State Regional Art Museum.