Today’s postcard is from a series entitled: “Soviet Russia” Art Exhibition. The sensitivity of the composition strongly suggests this is a more personal work, perhaps the artist’s own daughter. 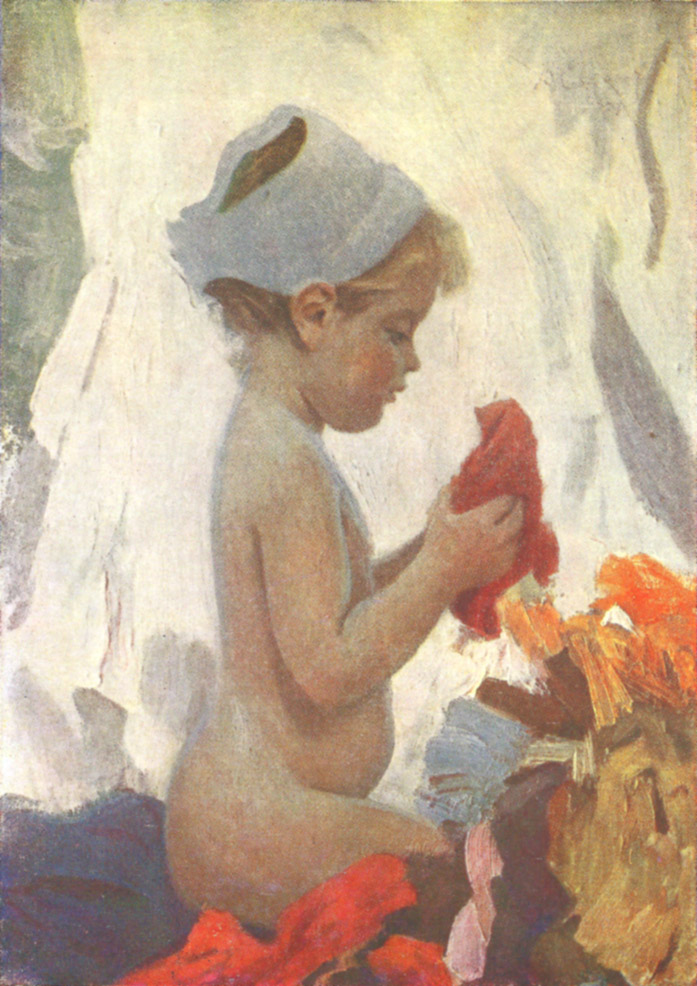 Vasily Prokofevich Efanov (1900-1978) studied at the studio of D. N. Kardovsky in Moscow from 1921 to 1926 before teaching at the Moscow Surikov Institute of Art (1948-1957) and then the Lenin Moscow Pedagogical Institute from 1960. He is known for his work in portraits—including formal ones of prominent Soviet figures—but his narrative pieces tended to be group compositions. During his distinguished career, he received a number of awards and medals for services to the state including the Order of the Red Banner of Labor and was formally given the title of People’s Artist of the USSR in 1965. Like many of the Soviet artists being covered, there is little about him in English and I could find nothing about his personal life. I would certainly like to know who Marinka was, so once again, anyone having more extensive information about this artist is encouraged to come forward and share.