I made a point of mentioning the composer Gliere in my last post. The reason was that in addition to supporting the arts, the Soviet state also made an effort to respect and include all the various indigenous peoples in its domain. One of Gliere’s projects was to collect samples of music from the various regions and then compose music using their themes and styles.

This image painted by Viktor Semenovich Klimashin was part of a series of postcards celebrating the children of the world. I do not know when this painting was completed but it was probably in the mid 1950s as he did other Indian work at this time. The postcard was issued in 1958 and the caption translates as “Girl from India”. 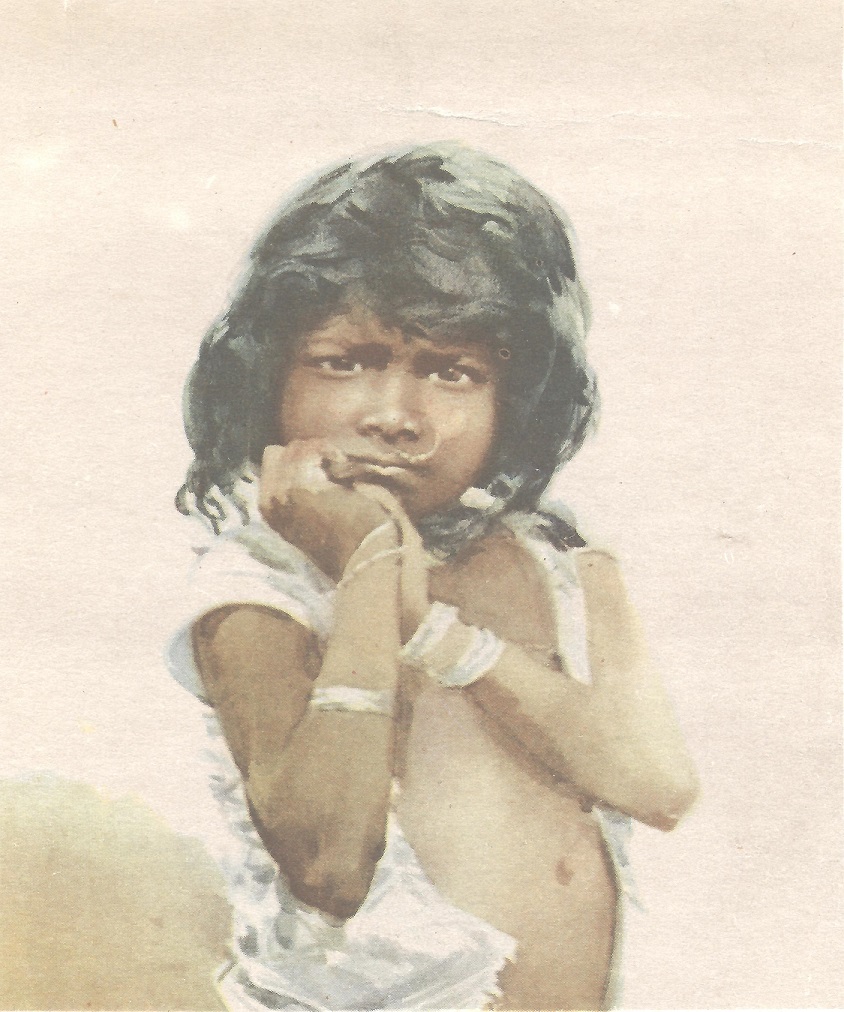 There is little online about Klimashin (1912-1960) except his date and place of birth and date and place of death. Perhaps there is better information on a Russian website. If so, I would be pleased to post the link here.