Like a lot of people, I will take an interest in something on impulse. Then I learn that there is a story behind it. No matter how well-intentioned a government might be, when it tries to manage a large number of people, the faults become evident by both insiders and outsiders. But these institutions also have their nobler aspects and the former Soviet Union’s is that it had tried to maintain a legacy of supporting the arts and its own artists. In the West, educated people are usually aware of this pride in their music, supporting performers and composers alike such as Reinhold Gliere and Dmitri Shostakovich. To promote their painters, the Soviet Union issued a number of postcard series showing the work of their native artists. As always, I was amazed at how many of these artists portrayed young girls nude or semi-nude and that these images were published as a matter of course. By now, I have managed to collect quite a few of these. I planned on a special post featuring Soviet artists but—since they covered such a range of style and attitude (and I am still discovering new ones)—decided it would be better to present them one at a time in small posts.

Today’s artist is Alexei Fedorovich Pakhomov born in 1900. This piece was painted in oil on canvas and was in the artist’s possession in Leningrad (St. Petersburg) when the postcard was issued. It seems appropriate that this artist should be presented in this format as he was also a skilled lithographer. 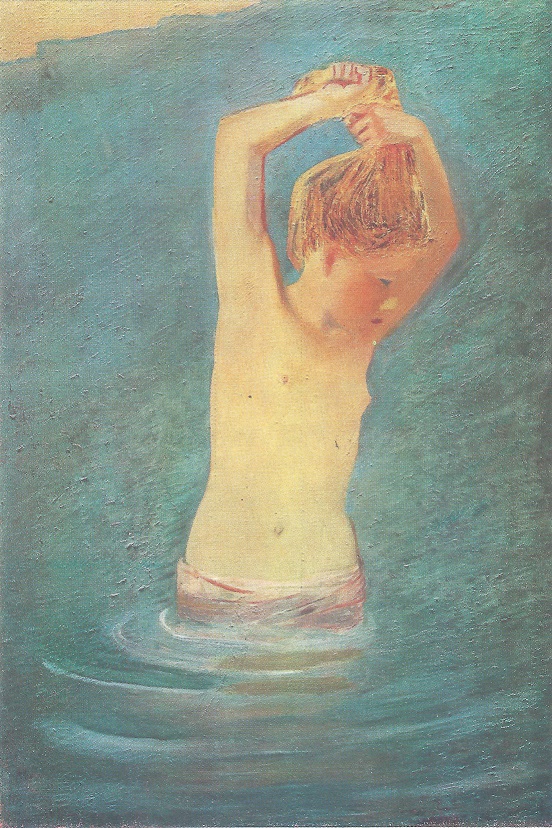 I am not going to pretend to be an expert on any of these artists so if you are interested, there is some biographical information on Pakhomov here and any interesting additions or anecdotes not covered on the internet, I would be pleased to post here.