On the surface, it seems that a tomboy is just a girl who has similar tastes to boys or—as a feminist might define her—someone who sees the privileges of boys in our society and finds her gender role constricting. 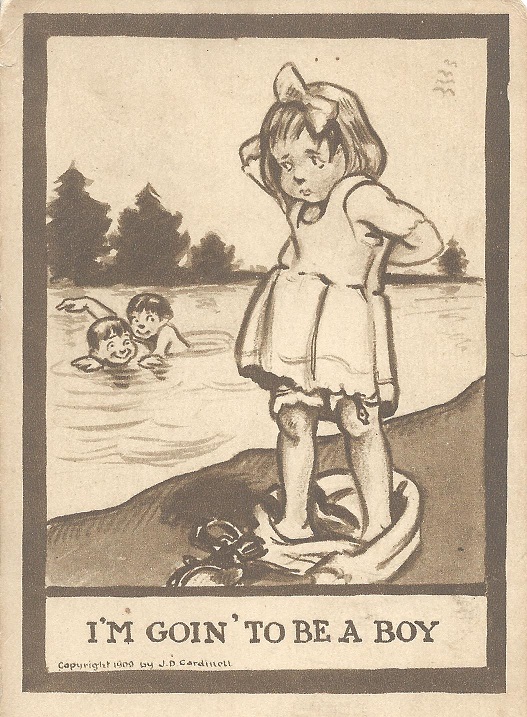 The reasons why a girl becomes a tomboy are not purely biological or purely psychological. I don’t remember the name of the documentary now, but it showed a little girl with a particular hormonal imbalance who acted exactly like a boy—rough-housing and playing competitive sports—despite being anatomically female. Cultural forces alone cannot account for the apparent gender inequities; there are perfectly valid biological motivations to consider here. As scientists learn the subtleties of biochemistry and how it affects development, it is clear that a girl’s or boy’s brain is “built” the way it is and gives each sex its peculiar stereotypical character. A powerful illustration can be seen in the TLC documentary A Child’s World (2001) where a little girl is obsessed with pink and wants everything of hers to be pink, even the lenses in her glasses. 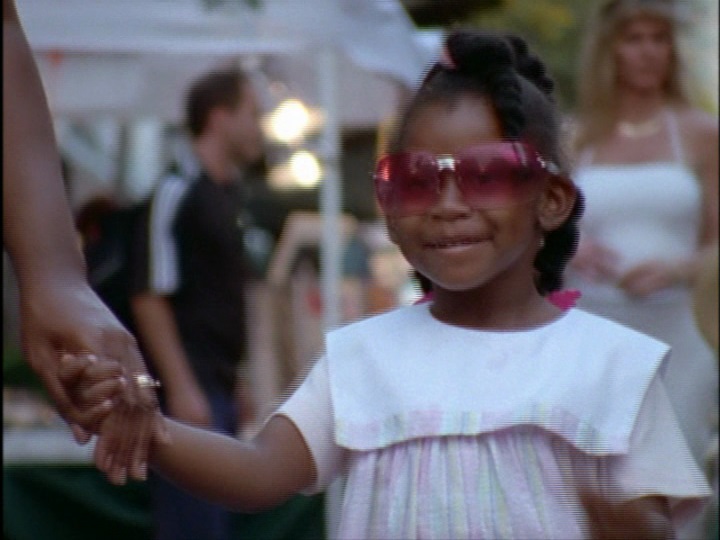 This is quite usual as almost any mother with daughters will attest, but the dark side of this reality is when a girl does not fit the mold. In addition to feeling out of place herself, her family almost instinctively torments her about her oddness and very often there are serious psychological repercussions. The most moving account I read recently of gender roles comes from Frank Cordelle’s The Century Project—the testimony of Ana aged 45.

When I was a girl, I secretly wanted to be a boy. I hoped that I would wake one morning to find that my slim, strong body had become male. I didn’t analyze the reasons for my longing, but I knew that boys had a lot more freedom and fun than girls did.
It wasn’t until my late 20s, when my mother told me of the years of sexual abuse she had endured as a young girl, that I began to understand the deeper root of my desire. Part of my mother’s legacy was her loathing of the feminine, within herself and also in her three daughters. My mother, a pretty, doe-like woman, despised herself in many ways: her tears, her scent, her face, her sexuality, her body—full hips, softness, curves. It was impossible to grow up in my family and be a whole, healthy female. My sisters turned to overeating, anger, drugs, and sexual promiscuity. I wanted boyhood.
My childhood offered me many opportunities to live as a boy. My parents assigned me “boy” chores (lawn mowing, taking out the trash) and gave my older sister ‘girl’ chores (cooking, cleaning). I wore jeans and plaid shirts, sneakers, and baseball caps. I got my hair cut as short as my mother would allow and walked out into the world with the confidence of a boy: strong and self-assured. Every time I was mistaken for a boy, which was often, I felt a sense of triumph. I climbed trees, rode my pony, shot my rifle, paddled my raft, built forts, played catch, fished, and rode my bike with abandon.
In junior high, my body held fast to its androgynous shape. I secretly believed that I was being spared the burdensome life of a woman. My body at last betrayed me with breasts at 15 and menstruation at 16. A week after my first period, I was asked out on my first date by the sleazy high school lettermen’s club president—considered a real catch by every girl in my school—who, at evening’s close, walked me to my parents’ door, stuck his long, slimy tongue into my shocked mouth, and told me he loved me. My hopes came crashing down. I wasn’t going to become a boy after all. I was doomed to grow into womanhood and all the limitations that came with it.
As an adult I have lived with my destiny. I never considered transgendering; it was a boy I wanted to be, not a man. I learned about women: our bodies, our selves, our struggles, our strengths, and slowly became comfortable with my gender. My mother’s legacy still flowing through me, I resisted all cultural symbols of femininity: adornment, makeup, pink dresses, allowance for chivalry, a wiggle in my walk. I tucked my boy-self inside, never far from my girl-self, and became a woman unlike those I had grown up around. I liked myself.
In my late 20s I gave birth to two beautiful, wild boys who taught me—like nothing else had—that I had not, indeed, been a boy. Although I am quite an adventuresome mother, I clearly am made of something different, and that something is female.
Two years ago I made perhaps the biggest leap of my journey to womanhood: I got married. In a white lace dress with flowers in my hair. I felt beautiful, lovely, and feminine. A month after the wedding, I was riding my cruiser (the bike in the photo), which consistently allows me my strongest young-male experience. I still ride it with abandon and feel practically invincible when I’m gliding along on it, strong and fast and independent.
That day, I happened to look down at my left hand and saw my wedding ring. I nearly fell off my bike! There was something wrong here. How could this adolescent boy be wearing a wedding ring? How could he possibly have let himself become a wife? I had to pull over in order to calm myself.
I am a longtime grown woman with a strong boy alive and well inside of me. These two selves make up the core of who I am.

A friend of mine recommended I watch a French film that had just come out called Tomboy. I was working on Pigtails by that time so I figured that even though it did not sound very interesting to me, I should watch it for my own education. I expected the patent formula of a girl pretending to be a boy until the inevitable climax when she is discovered and yet manages to have a happy ending. I should have realized that no good European filmmaker could be accused of following a formula and Céline Sciamma’s Tomboy (2011) is a case in point. It does have all the expected elements but presents them in a personal and compelling way.

At the start, we see 10-year-old Laure (Zoé Héran) being allowed to handle the controls of the car as she and her father arrive at their new home in a Paris suburb. Her hair is cut short–as short as her mother would allow.

Already at home and settled in are the mother, pregnant with a boy, and Laure’s 6-year-old sister Jeanne (Malonn Lévana) who is the archetypal girly girl with pink walls, stuffed animals and frolicking around the house in her favorite tutu.

Nudity—no matter how cleverly explained or disguised—always feels a little gratuitous to me, so I must commend the filmmaker for this discreet but necessary piece of visual exposition.

After watching the neighborhood boys, Laure sets out to join them and meets Lisa (Jeanne Disson) on the way. Laure convinces her that she is a boy named Mickäel. Lisa senses there is something special about this “boy” and begins to develop a crush. Here she is telling Mickäel that he is different from the other boys.

Lisa joins Mickäel and the boys in a game of truth or dare.

As Lisa and Mickäel’s relationship develops, Lisa becomes more amorous and ventures a kiss. In a later scene, Mickäel decides she doesn’t want to hurt Lisa’s feelings and reciprocates with a kiss—something we would not see a boy that age doing. 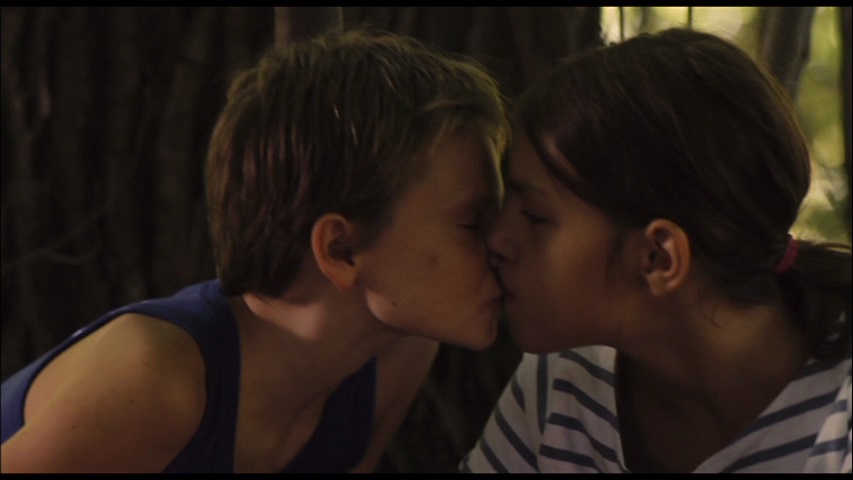 Naturally, complications ensue and in one case while playing soccer and drinking to stay hydrated, they all need to pee so the boys just walk over to the bushes to relieve themselves. Obviously, Laure can’t do this and tries to pretend she does not need to pee until she finally runs into the woods in desperation; but it is already too late and she wets herself. This is noticed by one of the boys and Laure/Mickäel is humiliated. Lisa later tries to console him and helps him join the gang of boys again. In preparation for a gathering at the local watering hole, Laure secretly fashions herself a clay penis to make Mickäel’s appearance more convincing. Here she is seeing how it looks.

Laure’s little sister Jeanne realizes what has been going on and uses this knowledge to blackmail Laure into taking her along on her outings; she does not like being cooped up at home either. Here, Jeanne is bragging to Cheyenne (Cheyenne Lainé) about the benefits of having an older “brother” who can protect her. 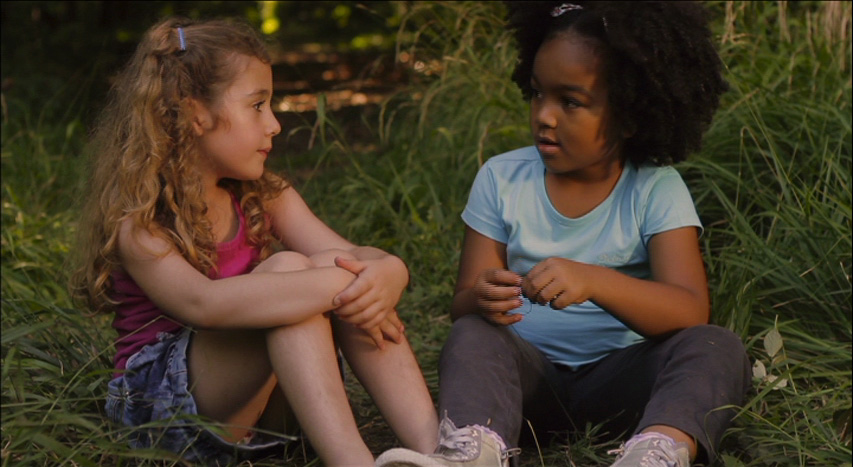 Her words are prophetic when one of the boys pushes her and she is hurt, compelling Mickäel to fight the boy. The boy’s mother soon confronts the family and the secret is out. After that, Laure’s mother makes her wear a dress and apologize to the families. The final scene shows Laure and Lisa meeting in the courtyard and taking their first timid steps in reestablishing their friendship under these new terms. This compelling drama focuses on the children (the parents are not even named) and is well worth seeing—not just some superficial comedy of errors.

A Child’s World (2001) is a three episode series, parts of which can be found on YouTube.  I am reluctant to offer a link here as these programs tend to get removed for copyright infringement.