Shortly before our site was shut down by WordPress, I found a bizarre item: a weird photo that was made into a pillbox.  A little while later, I saw another with an equally strange image.  I decided to try to contact the seller and get more information.  Her name was Lori and was quite approachable and generously sent me the original rectangular images used to make the pillboxes.  One was a “Creepy Girl with Knife” originally posted here and the other is a girl with a creepy smile on her face feeding rats. 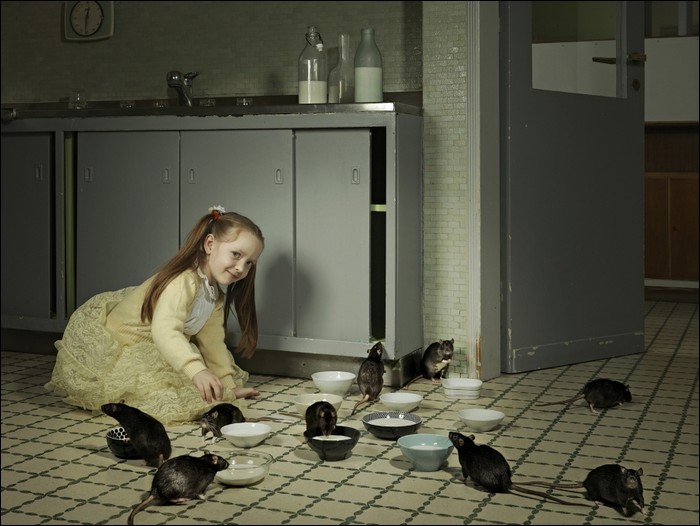 Lori explained that she was a long-time collector of an eclectic range of art including a number “creepy girl” images.  She confirmed that they are photographs but has no idea of the artists’ names.  These are interesting images and quite intentionally composed so I would very much like to know who the artists were.  It is hard to judge an artist’s work from a single odd example.

An interesting brief on Winkler+Noah can be found here [site disbanded].

4 thoughts on “Creepy Girl with Rats”