Pip and I cannot have eyes and ears everywhere, so it is gratifying to know that our fans make the effort of letting us know about artists and interesting portrayals of little girls we may not have noticed. A few months ago, an artist friend of mine tipped me off about an interesting story of a little girl who has never eaten a morsel of food. As I was about to issue a short post on this story, he sent me a lead about another little girl who cannot eat normally either, but there is an interesting twist.

The first tale is of a girl named Tia McCarthy born with a congenital defect: she did not have an esophagus and so could not take in food. Although rare, there were specialists who performed the necessary surgery to reconnect her throat to the stomach so she (and others like her) could eat normally. In due course, most babies with this defect eat normally after a short time, but Tia was a special case. Despite repeated efforts, no one has been able to compel her to eat and at age 7, no food or drink has yet to enter her mouth. In desperation, her mother Sue got media attention about her desperate situation and was informed of specialists in Austria with a radical approach.

The special clinic has dealt with Tia’s issue before, but never before have they worked with someone this old and they could not be sure if their approach would be successful. In addition to her surgery scar and the special attachment which allows her to feed, you will notice that she is still in diapers—also not a typical development with such children and an intriguing clue to why Tia has been such a stubborn case. What I especially like about all this is that after all the advanced medicine being applied to help this little girl, the final solution turns out to be a low-tech one. You can watch this intriguing documentary called The Girl Who Never Ate here. 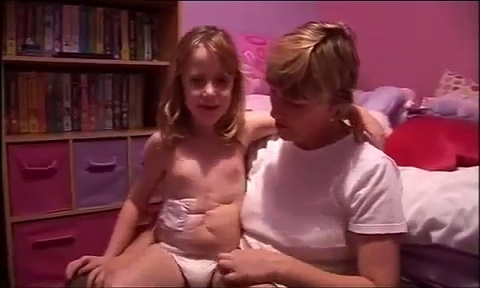 Dominick French and Bruce Goodison – The Girl Who Never Ate (2012)

The other story concerns 10-year-old Chelsea Wheeler with a different disorder, one that has lately caused her intestinal tract to shut down. She can now only take in nutrients through a special backpack-like system to feed her intravenously during most of the day. The remarkable thing is she, perhaps as a kind of compensation for her deprivation, is fascinated by food and wants to become a chef—preparing delicious food for others! You can read her story here.

On one level, this is just more sensationalist journalism, but what interests me about these cases is that it gives us clues to how complex living systems really work—revealed clearly only when something major goes wrong. Many of our systems work together in concert but most people, even scientists, assume that they are more directly connected than they really are. Our rational minds cannot help seeing some beautiful design and imagine that all the parts arose together simultaneously. This kind of error also contributes to the peculiar development in our society that automatically suspects those of us moved by the presence of little girls.