When I was invited to join Pigtails, I was proud to have a lot of interesting material to share but unless I did better research, I would only be offering a perfunctory presentation based on a little text and personal speculation. I needed to have contact with people who were in the know in order to bring readers reliable and insightful information. When I learned that Graham Ovenden was alive and still producing art, I knew I had to reach him somehow; there was no one else I could think of who had the kind of information on antiquarian photography I wanted. I managed to get his number and screwed up the courage to call him. I was pleased to discover that he was quite personable, and despite my difficulty with his accent, I did my best to hang on his every word. I knew it would take a plethora of phone calls to collect this information, so I paced myself and just let him talk about whatever he wanted to in the beginning. In our first conversation he mentioned an image he regarded as the most idyllic portrayal of a girl child. I was intrigued and later tried my best to find out more, but there was little out there and certainly not the image he described. I hoped someday to get a look and share that discovery with other Ovenden fans. Unfortunately my timing was bad, and he was preparing for court and did not need the distraction of meeting someone new, so I broke off contact out of respect. On the positive side, I did establish some connections with those who know him well and that allowed me to get under the skin of the Ovenden case and now thanks to the Leicester Galleries, we can all have a look. 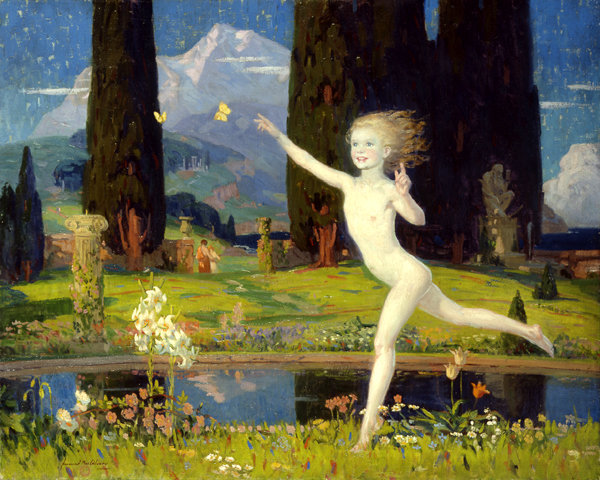 Norwood Hodge MacGilvary was born in Bangkok, Siam (now Thailand) in 1876, a son of American missionaries. At age fourteen, he came to the United States to be educated at a private boys’ school in Virginia and then graduated from Davidson College in North Carolina. He had no formal art training until after college but was later to be called an artist-philosopher. He studied art and philosophy at the University of California, Berkeley and art at the Mark Hopkins Institute in San Francisco and Académie Julian in Paris. He became a resident of New York and Providence, where he worked as a freelance illustrator for magazines such as Harper’s, Cosmopolitan and Pictorial Review. MacGilvary joined the faculty of the art department at the Carnegie Institute in Pittsburgh where he taught from 1921 to 1943. He is considered a member of the American Realist and Tonalist movements, and his landscapes and figurative painting often contain Symbolist and philosophical elements. In his paintings, he embraced the subjects of evolution, human survival and the impermanence of individual life. He exhibited in Paris, New York, Chicago and San Francisco and was a member of the American Watercolor Society, the Boston Art Club and the Salmagundi Art Club. His works can be found in many important collections including the Detroit Institute of Arts, the Smithsonian American Art Museum and the National Gallery of Art in Washington D.C. He died in Pittsburgh in 1949 and was honored by a memorial show at the Pittsburgh Playhouse.

This is one of his works with a philosophical bent. Quite a few of his images featured female nudes. 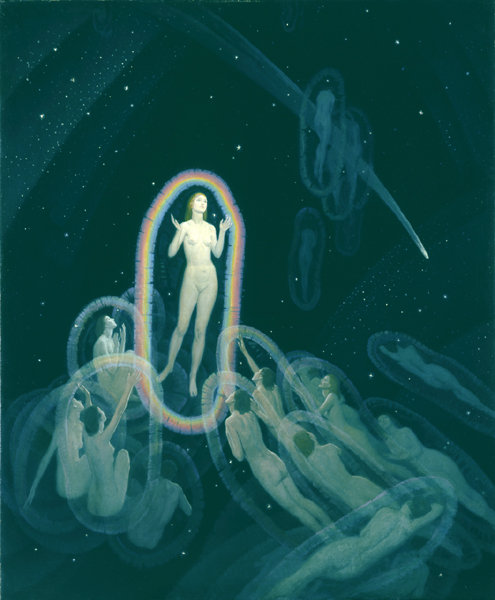 He was just as adept at portraying children as he was young women, and he sketched and painted a number of family groups that included children as well. 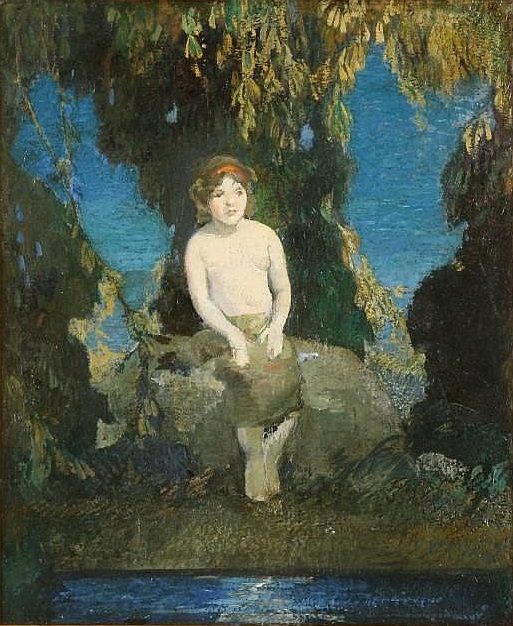 His portraiture naturally extended to his own family and I was fortunate to find this one featuring his daughter Winifred. 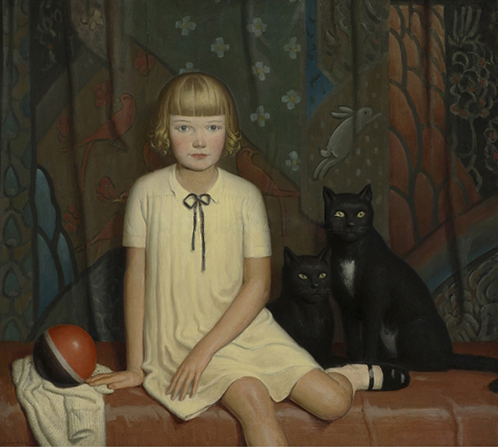 It is lamentable that more of his images are not available on the web and I have deliberately included the names where his work is exhibited in the hope that one of our readers may take the initiative and get us a better look at this fascinating artist’s work.