Here’s something new, and a refreshing change of pace.  Although I don’t ordinarily dip into music (other than the visual aspects of it such as album covers, music videos, etc.), in this case I will make an exception.  There may be other examples in the future too, since music is an art form, though I am a little out of my element.

Anyway, I would like to draw attention to a song that perfectly illustrates the seemingly gargantuan disconnect between artists and the culturally unengaged when it comes to issues involving children, sex and love.  In late 1972 pop musician Gilbert O’Sullivan released a winning ode to a girl he greatly adored, Clair Mills.  This was nothing new—love songs are a staple of pop music and have been since its origin.  What made this song different is that Clair was a preschooler O’Sullivan sometimes babysat—the daughter of his manager, in fact.

Okay, so it’s a sweet song about a little girl.  So what, right?  Well, when you consider some of the lyrics in the light of today’s pedo paranoia, the situation becomes a little more complicated.  Lines like “I don’t care what people say, to me you’re more than a child” and “But why in spite of our age difference do I cry; each time I leave you I feel I could die” the meaning changes from a simple display of affection and admiration for a child’s innocence (a theme so clichéd in music of the late ’60s and much of the ’70s that even true believers began to find it cloying, and rightfully so) to something a little deeper and seemingly more romantic.  It would appear, then, that this song is what it sounds like: a romantic love song for a 4-year-old.  But what exactly is romantic love?  Is sex a necessary component of it, and if so, is it possible that a romantic attraction to a child must be tainted and uncouth by design?  I wonder.

In my estimation we have far oversimplified these issues in modern times, accepting as a given that there can be no healthy “romantic” (a loaded word) relationship between adults and children.  Now, before I go on, let me offer a little, er . . . clarity here: the immediate impression of many to such a statement is that to even consider the possibility that it is anything less than entirely loathsome for adults to be ‘in love’ with children—especially those that aren’t their own—marks you out as a vile and detestable defender and/or practitioner of kiddie rape.  There is no middle ground for a lot of people, and therefore no quarter shall be given to anyone broaching such ideas.

It should be apparent to any thoughtful person that this simplistic black-and-white view of a very complex and deeply misunderstood issue is more than a little problematic.  In any other context such thinking would be immediately and correctly aligned with a totalitarian worldview.  The Nazis, the Fascists and the Stalinists could only have stood in awe of the degree to which Western society has come to embrace the absolutist stance towards this matter that has taken root here amongst a mind-boggling array of political and social factions, bookended though it may be by the false/extremist feminists and the hardline religious types.

All of that being said, is it to be assumed that O’Sullivan’s ode to a beloved child is an open and blatant admission of a pedophilic attraction to a small girl, and if so, how did it fail to make waves when it was released?  After all, adult-child sexual encounters were still largely condemned by most of society even in the free-wheeling 1970s.  Does this mean that everyone in that decade was so hopped up an drugs that they barely noticed the sexual connotations in the song, which, to add insult to injury, had the unmitigated indecency to become a #1 hit in much of the English-speaking First World?  If all of that isn’t shocking enough, there was even a proto-music video made at the time that depicts “Uncle Ray” and little Clair frolicking together en plein air, with the little girl wearing a pedo-fetish dress if ever there was one that unavoidably flaunts her tiny panty-clad behind for O’Sullivan and all of his perverted ilk to gawk at.  And my God!  O’Sullivan joyously fondles that same behind right on camera!  Why hasn’t his head been served on a platter and delivered to Oprah yet?!

Unfortunately, there are people out there on which the facetious nature of the above paragraph will be entirely lost.  A lot of them.  And herein lies the problem.  A thoughtful, even-headed person will soon realize that this song “Clair” uses the language of romance in a transcendent way to underscore a relationship that young Clair herself has framed in her own mind, innocently or not (your definitions of the word ‘innocent’ may vary, faithful readers), as romantic (“Will you marry me, Uncle Ray?”)  I have myself been the recipient of just such a request by a girl of around the same age.  In that case I am certain it was very innocent.  But that’s neither here nor there.  Back to Gilbert and Clair.

How do we know that Mr. O’Sullivan wasn’t a creep who really did take advantage of this little girl?  We can start by reading Clair’s own words in response to a slew of insults and attacks that appeared at YouTube underneath the above video.  The poster of the video corresponded with the now middle-aged subject of the song, pointing out the horrendous libelous attacks on O’Sullivan’s character, to which he received the following reply:

Sorry you have to read the awful posts about the song Clair..
I was a toddler !!!!!! Please feel free to tell them that from me.
He is also a very kind and lovely man who I adore still to this day and I would ask them kindly to refrain and respect our wishes.

And there you have it, folks.  It is the statements of these outraged citizens who have been the most hurtful to Mills, not the innocent and well-meaning O’Sullivan.  And that, in a nutshell, is the problem with much of society with regard to this issue.  In their effort to stand squarely and unquestionably in the corner of justice, they have been too blinded by their own emotionalism and moral indignation to see the real complexities twined beneath the seemingly straight-edged surface of these things, and they often wind up doing more harm than good in the process, which is the inevitable result of taking any moral position, regardless of what it is, too far.  That’s why they can listen to a song that cleverly one-upped the teen love ballads of the era with a charming, audacious and somewhat tongue-in-cheek romantic ode to a preschooler and hear only a tribute to the object of a child molester (or at best an encouragement to child molesters), or why they can look upon photos of naked children by Jock Sturges or Sally Mann and see only sinister motives behind the photos.

But I can’t help coming back to this question: who are really the ones obsessed with child sex?  Is it people like Sturges or O’Sullivan?  Obviously not.  I have a few quotes that I read from time to time, to keep things in perspective.  Here are two that really apply:

All seems infected to th’ infected spy,
As all looks yellow to the jaundic’d eye. – Alexander Pope, Essay on Criticism

Every political good carried to the extreme must be productive of evil. – Mary Wollstonecraft 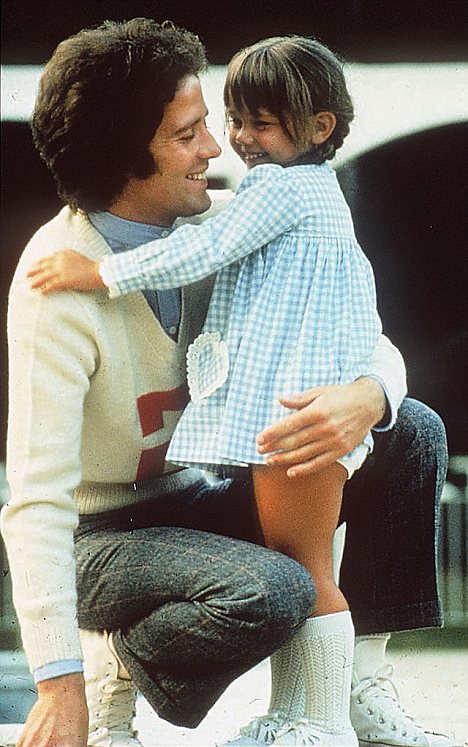 Editor’s Note: I was quite moved by the O’Sullivan-Mills relationship and though such relationships are reasonably common, we are fortunate in this case to know about it because of one of the participants being an artist and expressing himself through song. However, I feel it important that those who have not personally experienced this kind of relationship get a firmer understanding of what is happening and a conventional Freudian interpretation is highly misleading and overly simplistic. These relationships can be complex and deeply emotional and no patent and lazy platitude is going to shed real light on it. It should never be naively assumed that because Mills was 4 years old at the beginning of this relationship, that she was simply a passive or subordinate participant. This is a real relationship involving two people and each contributes and benefits differently.

Before going on, I should say something about the nature of genuinely abusive relationships. Almost without exception, these situations involve desperate people that, because of their life circumstances, are not capable of engaging in and appreciating more sophisticated relationships. In the case of O’Sullivan and Mills, we are dealing with people with some leisure, who can enjoy the pleasures of life and have the ability to express compassion.

From an evolutionary standpoint, the cuteness and behavior patterns of children and babies motivate adults to treat them with tenderness and affection. I am reminded of an uncle who told me that he never dreamed he would be such a devoted father until after the birth of his two daughters. A man’s bond to his family is complex because, unlike a woman who literally experiences a series of hormonal switches upon pregnancy, birth, and suckling that help establish her attachment with her child, a man’s bond is emotionally triggered by his psychological involvement in the family. Therefore, it is possible for a man who does not have his own family to become attached to another–perhaps that of a sibling or close friend. This, I believe, was the allure from O’Sullivan’s point of view, and with sufficient affection and attention on the part of Mills, that relationship would have strengthened and evolved over time. Of course, as an adult O’Sullivan was capable of expressing a more adult notion of love through songwriting. This could be confusion over the intensity of his paternal-friendship love, but most likely it is a reflection of the difficulty in communicating this level of emotion to a general audience.

The young Mills would have had a lot of appealing qualities that she would not be conscious of which would facilitate a special bond, and that, simply put, is interpersonal chemistry. Even one who is generally good with children would likely have a special bond with a particular favorite and with whom there is a strong reciprocity. The most obvious benefit to the child is that she gets additional attention which certainly promotes healthy development–being held, consoled, fawned over, etc. More subtly, the girl gets a lot of feedback about her value, character and emotional needs which she subconsciously uses to judge the quality of relationships later in life.

Those fortunate enough to be involved in these kinds of relationships experience intense emotional attachment and perhaps the best word to describe it is romantic. But whatever word is used, it is a genuine form of mutual love devoid of inappropriate sexual connotations. -Ron

43 thoughts on “A Little Clair-ity: The (Un)tainted Love of Gilbert O’Sullivan and Clair Mills”