Greetings again!  Now, before I get into this post, I have an update.  I was able to get a compressed copy of the original Pigtails from a fan of the site, and so now I have everything I need to get back into the swing of things.  And now I will begin reposting much of the old stuff starting tomorrow night, since I don’t have to go through and reformat and touch up the images.  I will say that, although I would like to eventually get everything from the old site back up, since I made an executive decision to discontinue the Random Image of the Day series most of those posts are likely going to be submitted in larger artist-specific or theme-specific posts somewhere down the line.  The plan is to get the bigger articles up first, and then focus on sorting and reposting the single-image posts, most of which fell under the RIotD on the old site.  Okay, now on to the post . . .

As you may or may not know, the last overarching series I started before Pigtails was taken down dealt with girls and guns.  The purpose there was to address how images of girls with guns fit into the larger theme of this blog: covering artistic representations of girls in all of their well-rounded glory, including those who subvert the dominant cultural paradigm.  I had intended to return to that theme immediately after the blog was relaunched, but, in the wake of the Sandy Hook Elementary School massacre, I felt it was inappropriate to launch into that territory at the time.

Nevertheless, I was thinking about it quite a bit last night, as I had recently watched again my copy of the film The Professional, in which one of the main characters, played by a 12-year-old Natalie Portman in her film debut, trains to be a “cleaner,” meaning a hit man (or rather, a hit woman), after the murder of her little brother.  And then, today I discovered an excellent article called We Have Always Fought: Challenging the ‘Women, Cattle and Slaves’ Narrative by sci-fi and fantasy fiction blogger Aidan Moher.  It’s a must-read for anyone interested in history, women’s issues and sociology.  Ostensibly the article covers the issue of women warriors throughout history, but at the heart of it is the larger issue of how human beings fall into the trap of cognitive distortions (cognitive dissonance, et al) in order to conform to the dominant cultural paradigm.  Moher presents this argument in the context of the long-standing patriarchal tradition of minimizing the contributions of women as soldiers, fighters and so on, so that society may continue to see females as weak and in need of (particularly male) protection.

And that, of course, ties in to the issue of girls posing nude for artists.  I have long been astounded by the postmodern feminist argument that women and children should be prevented from participating in such art–and, in the case of women, from participating in pornography–because these things are exploitative by design.  To me this is simply a rather obvious extension of the old patriarchal argument that females need special protection from males and therefore their behaviors must be tightly managed and controlled, by law if necessary.  Point blank, it is the same old patriarchal bullshit masquerading as female empowerment and quite contradictory to the goals of much the first wave of feminism.  I call these “feminists” FINOs–Feminists In Name Only.

In a broader sense, the most insidious aspect of this with regard to young children is that, by raising them as legally, ethically and intellectually of a lesser class (by maintaining their minority status as a given), we simply reinforce the cultural paradigm of their submission to patriarchal control, raising them to accept it as normal, and most of them do.  This is particularly problematic for girls, since they are up against a vast multidimensional paradigm of female oppression.  So, yes, as Moher suggests, females have always participated in the realms traditionally reserved for males, bucking not only traditions but sometimes even the laws of their land, and doing it well.  Men may allow this as long as it serves their ends, but if it becomes an inconvenience for them, they tend to crack down on such females . . . hard.  So, women who have fought as soldiers have often done so disguised as men.

The HBO series Game of Thrones presents one such girl: Arya Stark.  When we first meet Arya, she is being forced to learn how to sew and other “women’s work,” which she hates.  Later, the tomboyish Arya shows up her brothers by besting them at archery, much to their chagrin.  Later, when the House Stark falls and Arya’s father Lord Eddard “Ned” Stark is executed by the new king, the Stark children, who are now fugitives being hunted by the king’s forces, scatter and go into hiding.  Young Arya is left on her own, but she manages to take care of herself through her warrior training, her short sword Needle, and her sheer resourcefulness.  She disguises herself as a boy and travels with a band of rough-and-tumble Night’s Watch recruits.  In short, Arya kicks ass. 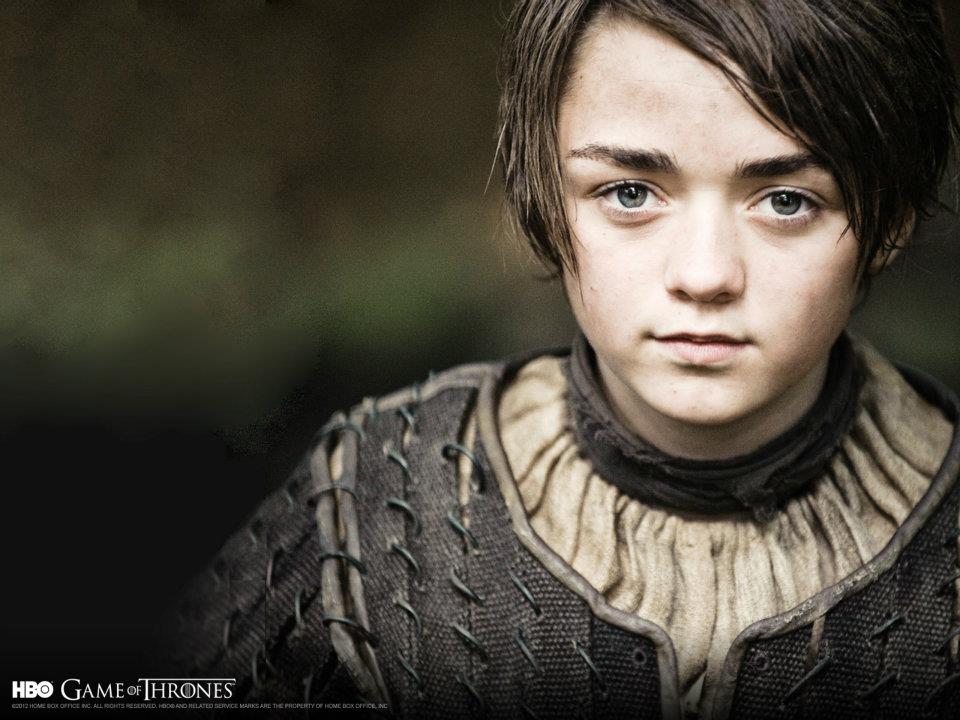