Harry Potter and the Half-Blood Prince is my favorite episode of the series. Although many would disagree, those like me with a certain sensitivity appreciate the subtler elements: character pathos and development, humor in the face of a dark and foreboding backdrop and expressions of poignant humanity when least expected.

Draco Malfoy is revealed to us as a sympathetic character who is painted into a corner by the wishes of the Dark Lord and wrestling with the impulses of his humanity. Never buying into the notion of a patently evil or heroic character, I always had the notion that Draco might someday have the courage to defy his father and save Harry’s life at some cathartic juncture.

There is the hint of Severus Snape’s past, where he created new and deadly magic and then had a change of heart, later devising the counter curses for those same spells. He is also a tortured and deeply misunderstood character and, for those who did not pick up the clues throughout the series, unequivocally manifests his humanity in the final episode.

Harry takes things in stride with humor and lets the tide of events carry him away so that he can be in a position to serve the story when most needed: namely in helping Professor Slughorn find his own courage in revealing an embarrassing but critical piece of evidence.

All this is accompanied by Nicholas Hooper’s stirring music that puts the audience in the proper emotional place to appreciate the turn of events.

Luna Lovegood is at her most charming in this episode, and I could not help feeling that Evanna Lynch was having the time of her life. I commend the efforts of costume designer Jany Temime in pulling this off. Yes, the point was partly to show the oddness of the character, but there is also an other-worldly beauty in her selection of attire.

Here she is passing out copies of The Quibbler, a kind of tabloid that, despite conventional wisdom, probably has more insights about the world than the establishment would have us believe. 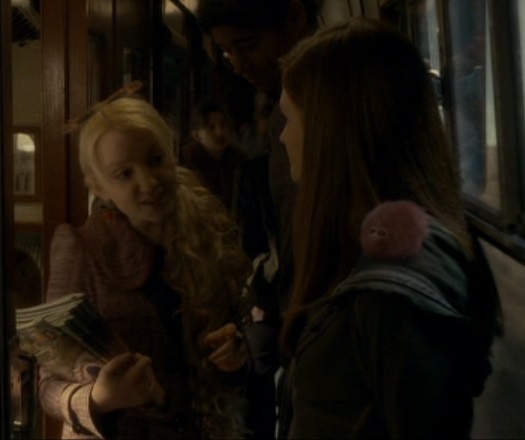 Luna always seems to have charms and devices that perform unconventional but useful functions. I will say more about the nature of the Lovegoods’ countercultural magic in Part 3. Here she uses these special glasses to discover and save the imperiled Harry trapped under a Cloak of Invisibility. 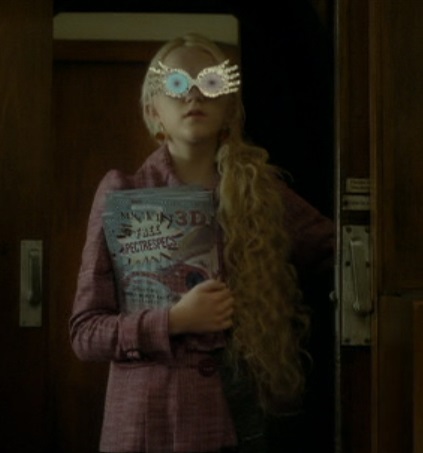 Here Luna repairs Harry’s nose, and he has learned to be good-spirited about such things and lets her give it a try. She has repaired many toes before and both are small appendages and rhyme after all. 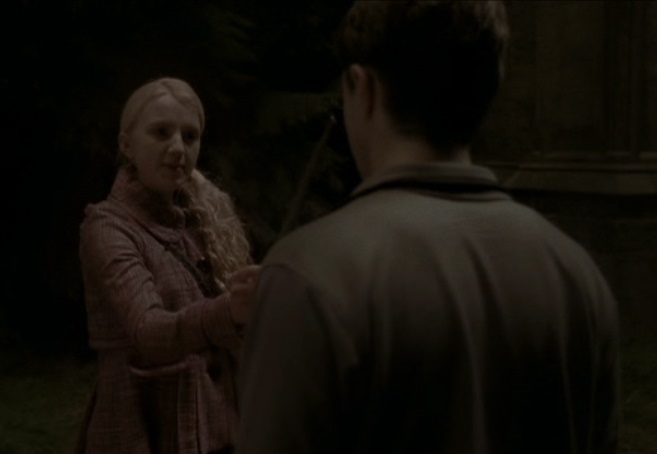 This costume made me fall in love with Luna. We see her wearing this costume at the Quidditch match ostensibly as a kind of mascot, but I feel Luna would have worn it anyway. 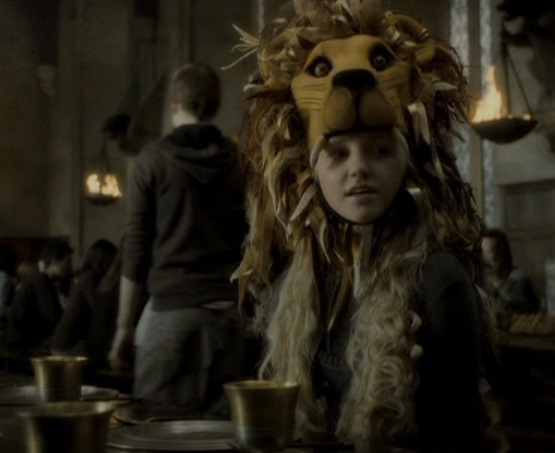 This shot comes right after Harry’s quote that he should ask someone to the party, someone cool. How prophetic those words are, and though Harry respects and appreciates his friendship with Luna, I do count him a fool for not fully recognizing what a treasure she was. 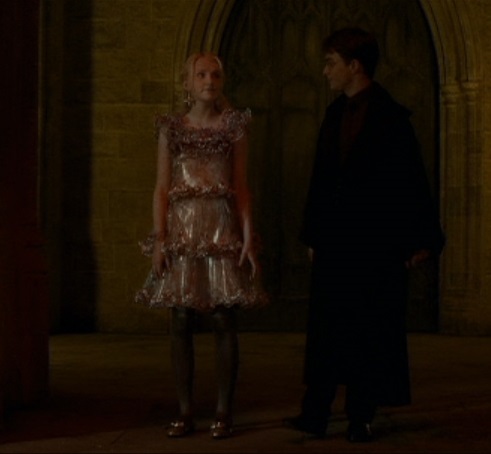 This touching scene of wizards and witches raising their wands in solidarity demonstrates how people of good nature can only be pushed so far before they draw a line in the sand and say, “This far and no more.” 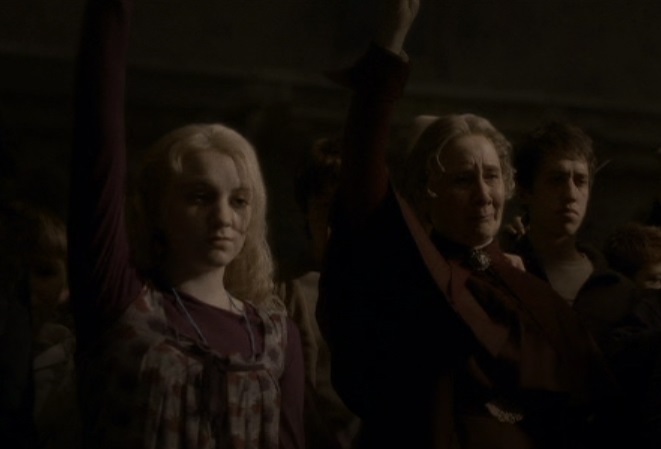 Part 3 will focus on Harry Potter and the Deathly Hallows and the nature of magic in J.K. Rowling’s wizarding world.