I came so close to never seeing the delightful Evanna Lynch in her role as Luna Lovegood in the Harry Potter series. I don’t generally follow popular culture and it was a while before I decided to take my first look at Harry Potter. I was quite impressed with the premise and play of ideas in the first story: Harry Potter and the Sorcerer’s [Philosopher’s] Stone. The author’s use of language and pagan mythic themes really did create a compelling new world. While reading the books, I looked forward to the next movie installment to see how true to the books they would be. When the fourth movie (Harry Potter and the Goblet of Fire) came out, I was actually disappointed. The special effects were great, but the execution was overly theatrical and I felt less emotionally involved with the drama of the characters. I decided not to watch any more and just finish the books. Some time later, someone mentioned a plot point not consistent with the books and I decided I had to watch the rest of the films.

Those last three episodes featured the character Luna Lovegood and I must concur with the fans that Evanna Lynch was a casting coup. When watching her performance, the quality of her voice seemed surreal, giving the character an ethereal quality. I did not know if it was her natural voice or if she was just affecting this kind of speech for the role. A YouTube interview confirms that it was her real voice. Lynch is an Irish native and was one of 15,000 girls trying out for the part. I imagine getting the role was a dream come true because she was already a major fan, with posters on display all over her room. When producing this post, I thought I would congratulate the casting director Fiona Weir for making such an excellent choice, but from the literature it seems that Lynch was a natural and obvious choice.

When I learned she was cast at age 14, I had to acknowledge that she really wasn’t a little girl, but her delicate features and gentle manner suggest the spirit of a much younger girl and so she appears in Pigtails. I found myself getting a bit fixated on this character and I started asking around and discovered she was the favorite of quite a few people—men and women. I noticed the clever way J.K. Rowling (the author) uses a character’s name to tell us something about him or her. “Luna” refers to the moon and evokes pagan associations as well as serving as an idiom for insanity and “Lovegood”—probably a double entendre—indicates her compassionate nature while hearkening to the Free Love Movement of the 1960s and 70s. Some like the character because she portrays a kind of classic counterculture type drawn principally from the hippie generation. As for the rest, I think we simply fell in love with the actress and wondered how much like her screen character she really was. This post deals with the introduction of the character as depicted in Harry Potter and the Order of the Phoenix.

She is introduced to us sitting on a carriage, waiting to be taken to Hogwarts and reading a tabloid. Even with her school uniform she wears interesting accessories that make her stand out. 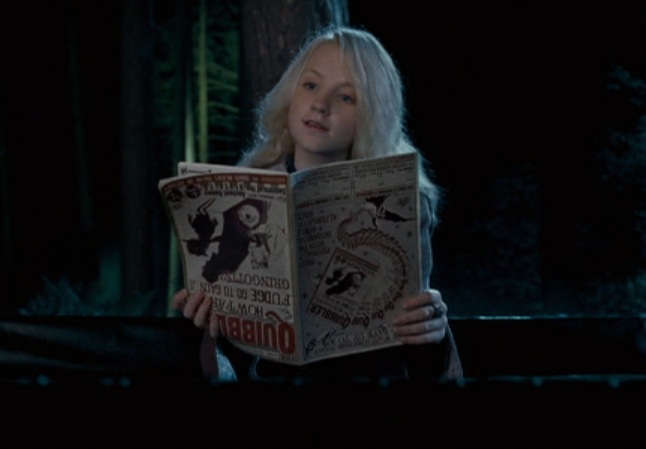 Only Harry and Luna among the students can see the thestrals, as they only appear to those who have seen death. Luna witnessed the death of her mother which is an interesting clue to something I will discuss in Part 3. She spends the entire movie barefoot as someone—probably a Nargle—has been playing a prank on her. 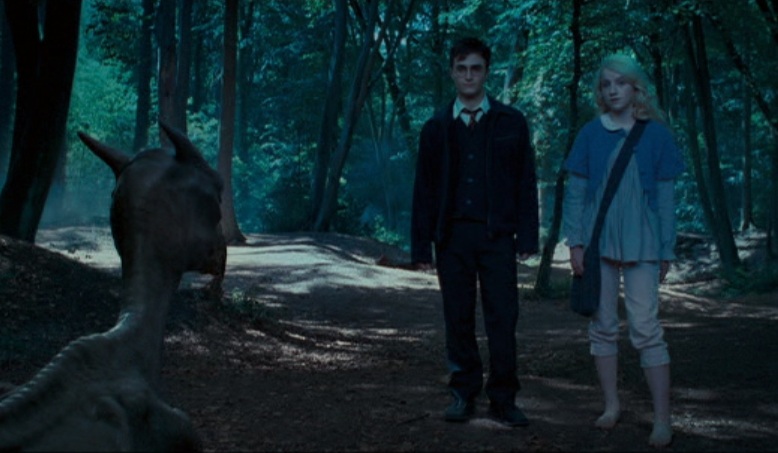 Katie Leung, who plays Cho, is another relative newcomer and took it upon herself to help Lynch settle in with the cast and crew.

It is hard to capture skipping in a movie still since the image is blurry, but here she is on her way to a makeshift Dark Arts lesson taught by Harry. Skipping seems a most appropriate form of locomotion for this character. 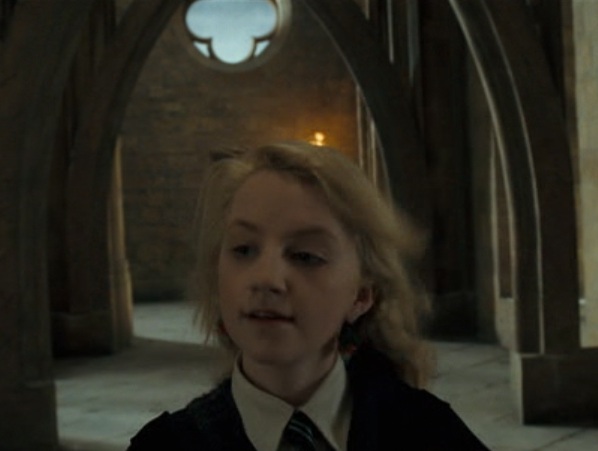 It is Luna’s suggestion that the gang use Thestrals to get to London and confront the dark forces at the Ministry of Magic. It looks like fun, but alas the actors were shot against a blue screen and the creatures were “comped” in later. 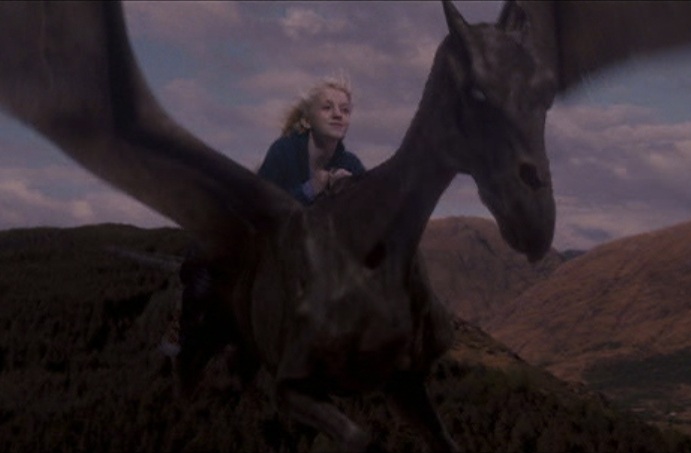 Luna’s kindness is touching, and here she is consoling Harry after the death of his godfather.. 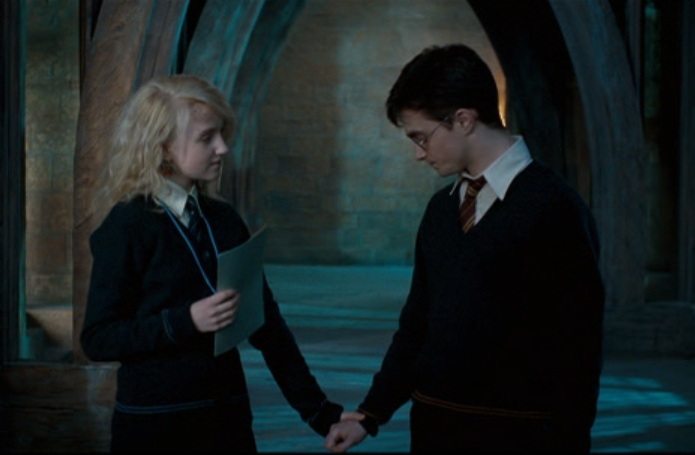 This leads to a nice denouement when Luna finally locates her shoes, as seen in this shot. 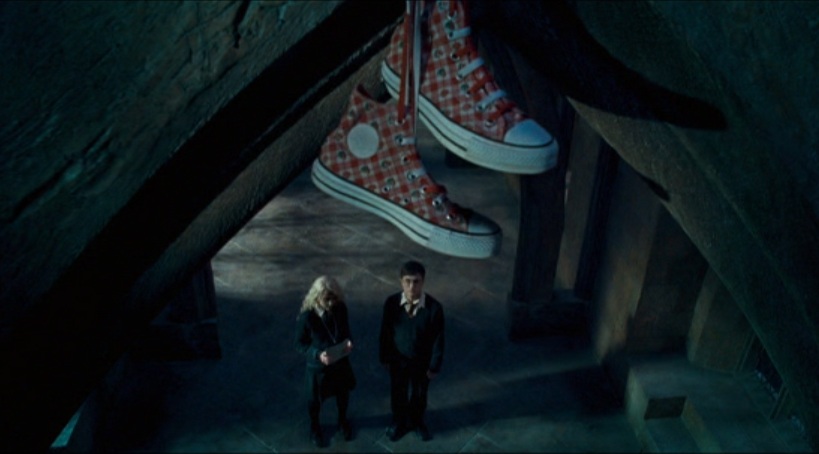