One of the things that irritates me about the rhetoric on child protection is that those of us who gain innocent pleasure from them seem to be accused of harming them in some intangible way. Admittedly, children are weaker both physically and psychologically than adults and that makes them fairly easy to manipulate. But those selfish and greedy enough to take advantage of this are the real menace, not only to the children but to the rest of us. That is what this post is about, and I have identified three main ways that children and the rest of us are manipulated. First, their images are used to tug at our heartstrings and get us to spend money on so-called good causes or products. Secondly, children are used to get adults, especially parents, to pay for things they would never otherwise buy. Finally, children are targeted because the attitudes and tastes they develop in their youth stay with them for the rest of their lives—a kind of guaranteed income for those companies that manage to gain their loyalty early. The ubiquitous influence of money is at play in all these cases, in the form of multinational corporations who have the resources to coerce us so effectively.

Even casual observers have noticed that children are used to pull at our heartstrings. The effect is even stronger when we are parents wanting to do the best for our children. Today we see a multitude of products and services that serve no useful purpose while we are made to believe we are doing some kind of good by using them. Even with the backlash against synthetic sweeteners, companies might adapt by emphasizing the naturalness of their product. McNeil Nutritionals was even sued by another manufacturer for falsely implying the naturalness of their product. 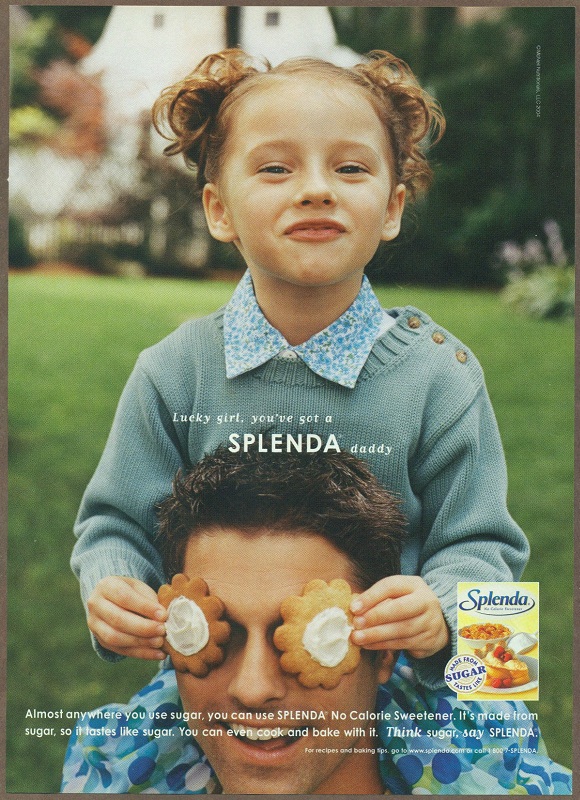 There are many documentaries that expose the tactics of megacorporations, but two in particular reveal the high tech way companies manipulate children. The first, McLibel, is about a lawsuit McDonald’s filed against two activists in London—Helen Steel and Dave Morris—who were trying to inform the public about the various harms perpetrated by the company. It had the dubious distinction of being the longest case in British history (314 days) and it was a public relations disaster for McDonald’s. Many people came forward to help Steel and Morris in their defense, and a website run by volunteers called McSpotlight was set up to help people get accurate information about the case and the company and served as a clearinghouse for individual contributions from the public.

Those interested in the dangers of fast food can read Eric Schlosser’s excellent book Fast Food Nation. He spoke in the documentary and pointed out that these companies realized early on that eating habits are formed in childhood and if they could get people eating this food young, they would eat it for the rest of their lives. They leave no stone unturned to exploit this fact, and Schlosser says, “…there is no aspect of children’s conscious life that they haven’t tried to infiltrate.” One of the greatest challenges for the defendants in the trial was getting hold of the company’s operations manual. The contents were a jealously guarded secret, and Helen Steel was kind enough to reveal some of its contents, illustrating that the company is fully aware of its cynical tactics. These quotes are excerpts from McDonald’s Operations and Training Manual dated 1990/1991:

“Remember, children exert a phenomenal influence when it comes to restaurant selection. this means you should do everything you can to appeal to children’s love for Ronald and McDonald’s.”

“Birthday parties are an important way to generate added sales and profits.” “Offering toys is one of the best things to make children loyal supporters.” 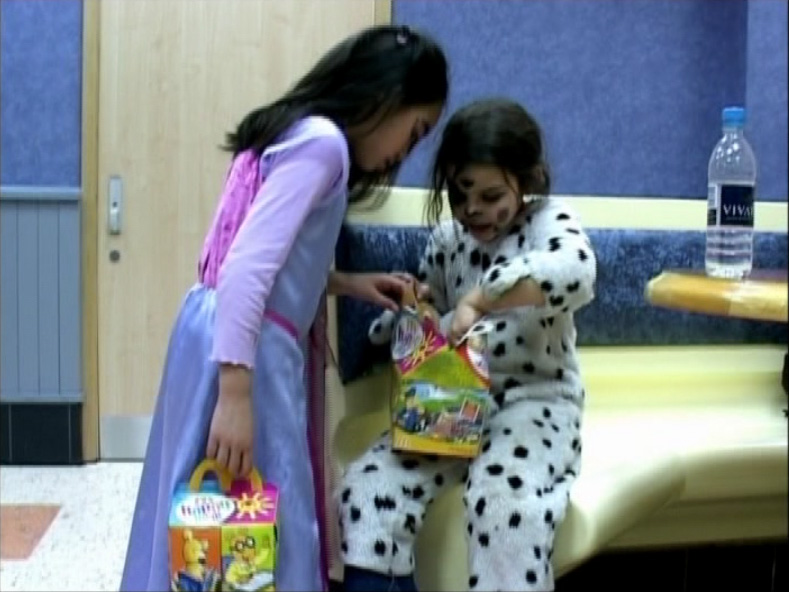 Gathering witnesses was hard work, but a number of people generously testified on behalf of the defendants. One was Geoff Guiliano—a former Ronald McDonald—who likened his work to Nazi propaganda efforts:

“Anyone can really manipulate a child…this is not that difficult. And I just went home one night and I said no no I can’t do this; I can’t live with myself if I continue to do this.”

It must seem that McDonald’s is being singled out, but that is only because it has been at the forefront and has served as a model for other brand-conscious companies trying to gain market share.

Another excellent documentary—almost a definitive work on the subject—is The Corporation. Usually when filmmakers are looking for people to interview, they are given the run around by the larger PR departments. The producers of The Corporation should be commended for the range of people who agreed to participate. The producers tried to make every effort to get a balanced perspective and that helped in their credibility with experts and viewers alike. However, I believe most viewers come away with a distinctly negative attitude about corporations.

Susan Linn, Professor of Psychiatry, Baker Children’s Center at Harvard, echoes Schlosser’s contention that the efforts of these corporations are extensive and permeate every possible aspect of the children’s lives. She is also concerned about the use of psychologists by marketing firms who use them just to sell things to children rather than helping companies to make better products. She observed that marketing techniques have gotten progressively more sophisticated over the decades. In 1998, Western International Media, Century City and Lieberman Research Worldwide conducted a study about nagging. This study was not to help parents cope with nagging; it was to help corporations teach children to nag for their products more effectively. She describes the overwhelming nature of these efforts:

“Marketers are playing to their [children’s] developmental vulnerabilities. The advertising that children are exposed to today is honed by psychologists; it’s enhanced by media technology that nobody ever thought was possible…One family cannot combat an industry that spends $12 billion a year trying to get their children; they can’t do it.” 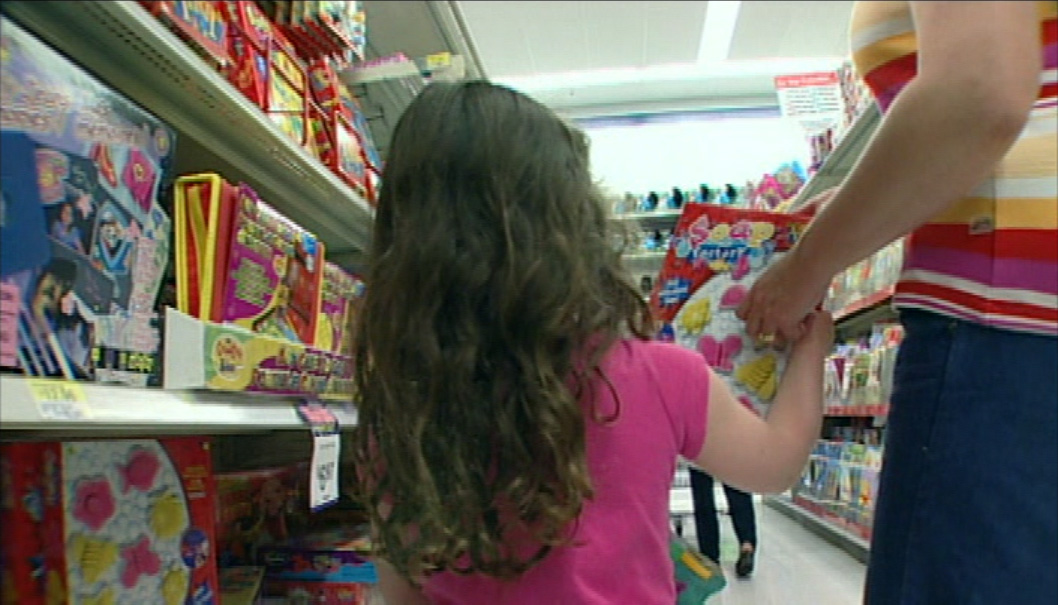 Lucy Hughes, Vice-President of Initiative Media and Co-Creator of “The Nag Factor,” shares a number of statistics revealed in this study. For example, anywhere from 20% to 40% of purchases would not have occurred unless the child nagged their parents.

“We found, for example, a quarter of all visits to theme parks wouldn’t have occurred unless a child nagged the parents. 4 out of 10 visits to places like Chuck E Cheese would not have occurred…We saw the same thing with movies, with home video, with fast food. We do have to break through this barrier where they do tell us or they say they don’t like it when their kids nag. Well, that’s just a general attitude that they possess. It doesn’t mean that they necessarily act upon it 100% of the time. You can manipulate consumers into wanting and therefore buying your products. It’s a game…They [children] are tomorrow’s adult consumers so start talking to them now, build that relationship when they’re younger and you’ve got them as an adult.” 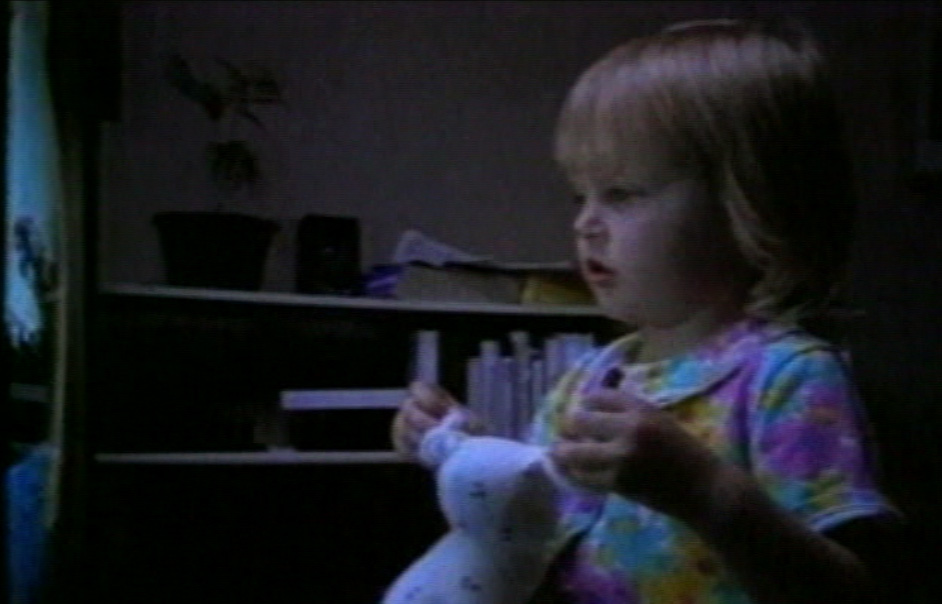 Linn also informs us that corporations are now marketing to infants. If you read advertising magazines or trade journals, you see talk about cradle to grave brand loyalty. It’s been discovered that children as young as six months old actually recognize and respond to brands.

I think this next picture speaks volumes about how cynically companies—in this case Disney—use children to create an idyllic image. They attempted to create a kind of manufactured dreamlike community, but rather than inconvenience customers by having them go somewhere with real snow, they bring it right to their doorstep. 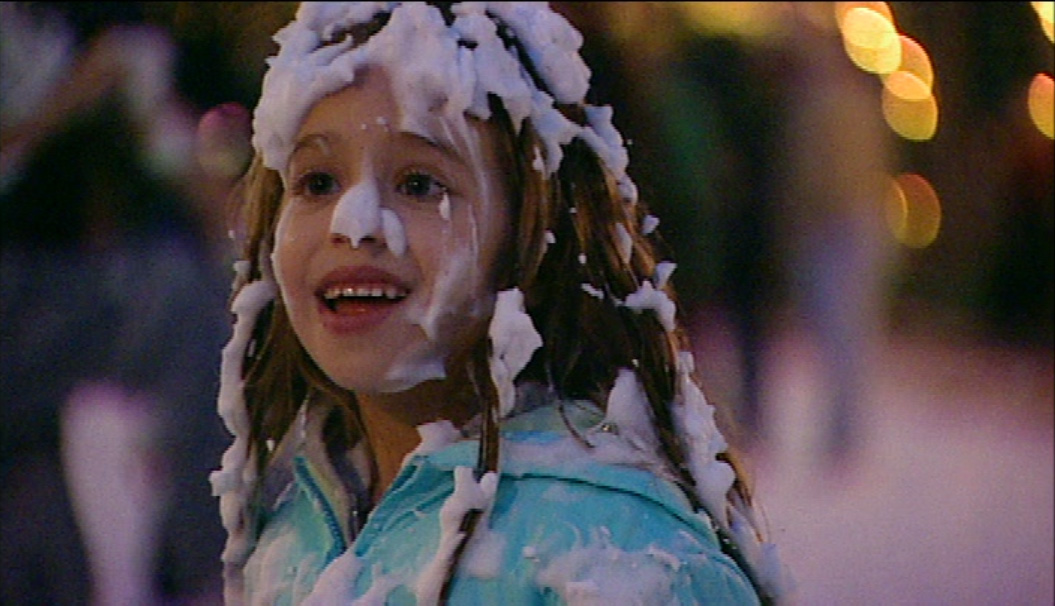