As inevitably happens, some ad for kids’ clothing stirs outrage in a few people who seem unable to look at nude or semi-nude children (or children posed in certain ways)  without wanting to jump their bones, and so, believing that everyone must see the ad the same way they do, they raise holy hell and project their dirty, guilty feelings onto all of us.  How else do you explain the instant outrage when people see images of shirtless girls and boys doing the oh so erotic activity of . . . standing around with their hands in their pockets, looking bored.  So, here is the offending ad.  Just look at those kids standing there, baiting pedophiles with their come-hither looks.  And, what’s this?  The girl in the hat has her arm around a boy!  Uh oh, she’s been sexualized!* 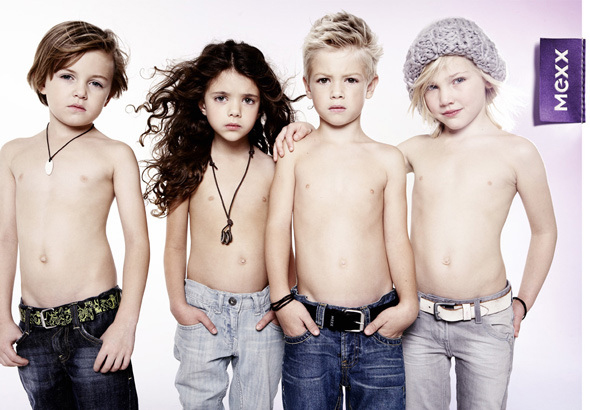 Okay, that’s the end of my sarcastic taunting of the the morally panicked . . . for now. 🙂  This ad is not, of course, typical of Mexx Kids advertising, and it was only used in Europe, where people are a little more sane about this kind of thing, rather than Canada where the company is headquartered.  Oddly enough, it wasn’t the above ad that originally sparked the controversy. It was this one: 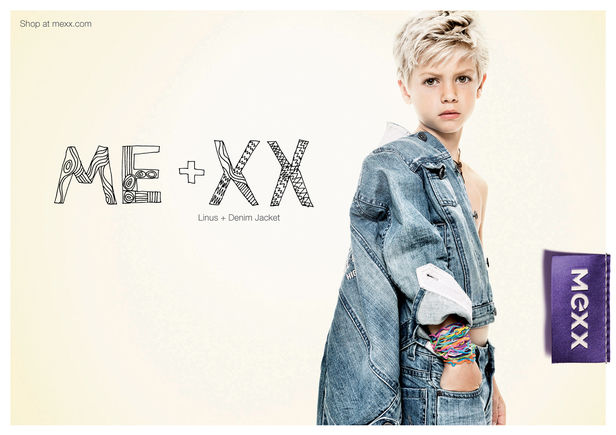 If you’re confused by this advertisement being controversial . . . join the club. And, as usual, I have never heard of this company until the controversy, and now I’m pushing their wares. Mission accomplished?

Oh noes, I am hot and bothered by this!

* Is it ironic that my spell check doesn’t recognize the word ‘sexualized’?  I don’t think so.