One thing I discussed fairly often at the original Pigtails was the semiotics and aesthetics of art; that will be no different here.  Thus, I wanted to point out something interesting in John Austen’s artistic interpretation of Shakespeare’s Hamlet, but first we need a little literary and historical context here.  With the exception of Hamlet himself (he is around 30) the ages of the characters are never specifically given.  However, the practices of the day should be kept in mind.  Peasants may have married whenever it was convenient for them, but royalty and nobility would’ve been expected to marry very young, and often their marriages were arranged in childhood.  This was particularly true of females.  Both Hamlet and Ophelia were nobles, Hamlet a full-fledged prince and Ophelia the daughter of the king’s adviser.  Given these facts, it is almost certain that Ophelia is an adolescent, or at most a young woman in her early twenties.  Any older than this and she would’ve been married off already, if not to Hamlet then to another noble.

What I’d like you to pay attention to in the following two drawings is the age that Ophelia appears to be in both.  In the first, while she is alive, she is clearly a young lady approaching adulthood, and so she appears in most of Austen’s drawings of her.  In the second her dead body appears to have reverted to that of a child’s.  Why is this?  Well, it is Austen’s clever way of looking at Ophelia through the eyes of a (surrogate) parent.  As the daughter of the king’s chamberlain, we can be sure that Ophelia grew up in the kingdom, and we know that Hamlet’s mother, Queen Gertrude, adored her almost as she would her own flesh-and-blood daughter.  It is Gertrude who finds Ophelia’s body and announces her death in what some consider one of the most heartbreaking scenes and speeches in the whole of Shakespeare’s oeuvre.  This scene is what Austen captures in the second drawing.

Again, notice how young Ophelia appears to be in this image.  Also, note that she is nude, giving her an additional mien of vulnerability and innocence, reinforcing the concept of Gertrude’s view of her as a beloved child, and we the viewer are therefore meant to feel more acutely the grief being expressed here, as that of a mother for a lost daughter.

Austen is another of my favorite illustrators.  I know, I know—I have so many favorite illustrators that I almost don’t need to mention this point anymore.  What can I say?  I love this stuff and I just gotta broadcast it!  Anyway, Austen began his career mimicking Aubrey Beardsley to some extent (personally I like Austen’s stuff far more than I like Beardsley’s), but as his career unfolded he embraced an array of styles and media to better compliment the works he was illustrating.  He fits snugly in the Golden Age era of illustration and was an absolute master of his craft. 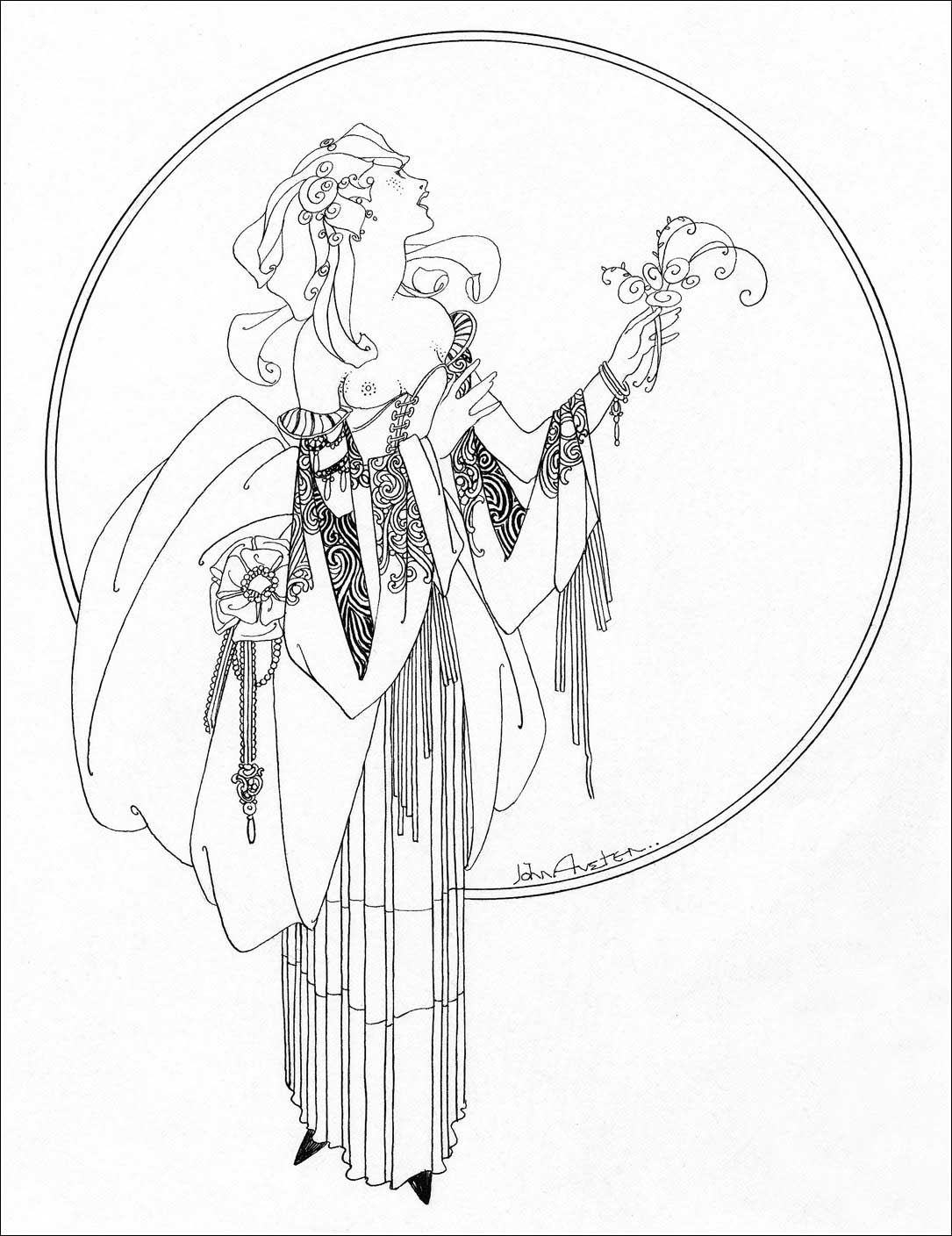 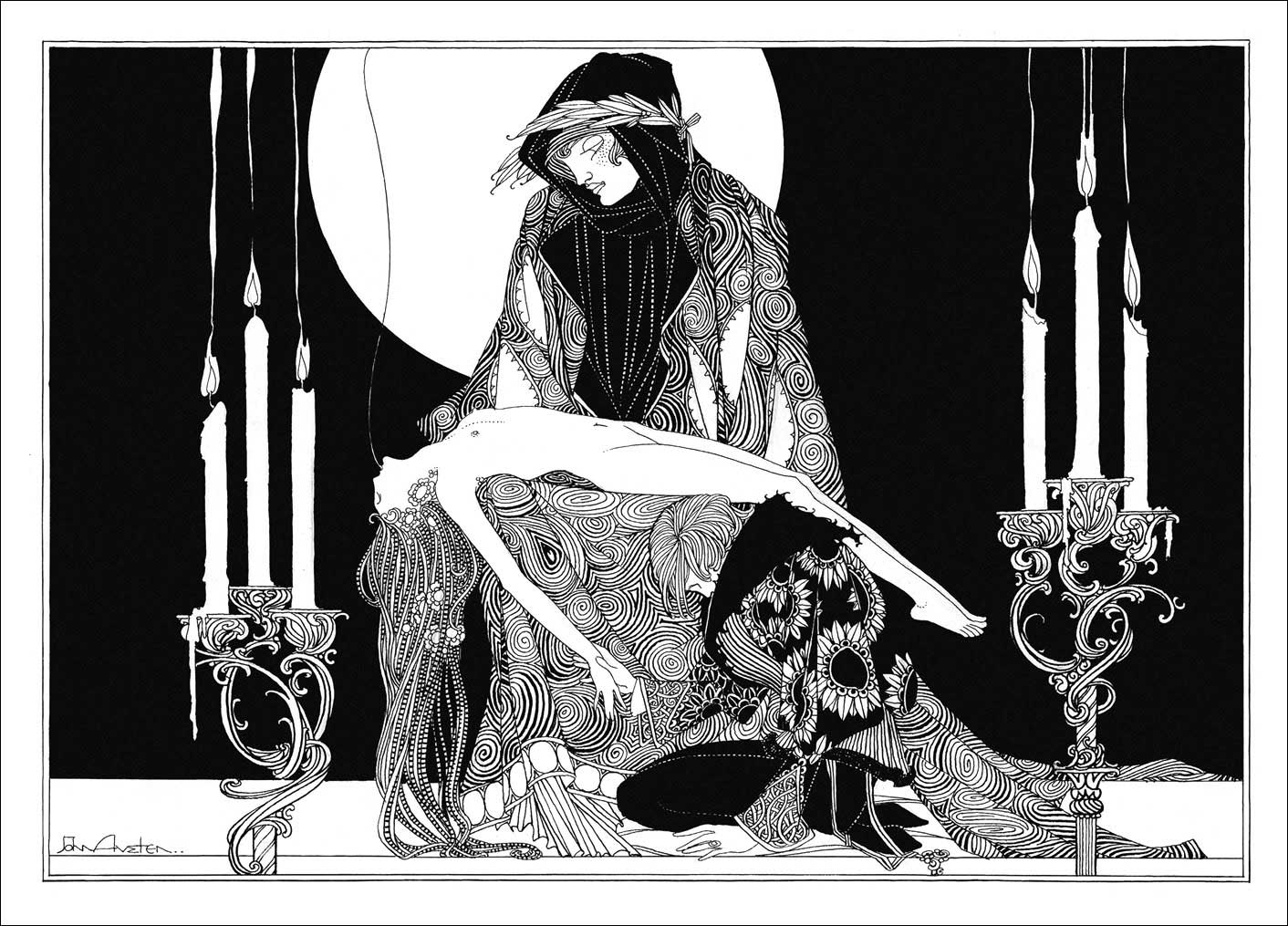