Last year the series Copper premiered on BBCAmerica.  I watched the entire original airing of the first season of the series and was quite impressed with it.  It takes place in Civil War-era New York City and centers on a young Irish-American homicide detective, Kevin Corcoran, nicknamed Corky.  We find out very early in the series that Corky has a dark history: his little daughter was apparently murdered, and his wife has disappeared.  Thus, while most episodes feature a different murder being investigated, the overarching storyline revolves around Corky’s search for his wife and the murderer of his daughter, as well as his interactions with a colorful group of mostly lower class folk who are his friends, colleagues and lovers.

The series paints NYC circa 1860s as a place rampant with crime, corruption, racial tensions, and political intrigue, all of which are quite accurate.  It also features excellent acting, writing and directing all around.  I am generally not a fan of police procedurals, especially anything with an abbreviated title like NCIS or any of the Law and Order series.  For one thing, I can’t keep them all straight; they’re all clones of each other. For another, on top of their constant and infuriating scientific inaccuracies and exaggerations, they are also pretty blatantly emotionally manipulative.  But Copper caught my attention right away and kept it throughout, and I’m quite happy the series has been renewed for a second season. Not that the show is perfect—it occasionally falls pray to PC-ness and emotional manipulativeness too, but all in all it balances its drama with realism pretty well.

If you haven’t seen it, you may be wondering why I am discussing it here.  Well, because a major supporting character in the show is a little girl named Annie Reilly (played by the amazing Kiara Glasco) who also happens to be a 10-year-old child prostitute at the beginning of the series and a supposedly reformed one later, but we see throughout the series that she keeps slipping back into her old behavior, including spending most of the first season attempting to seduce Kevin, who continually rebuffs her advances.  In fact, in the meeting of Corky and Annie in the first episode, she tries to ply her trade with the copper right off the bat.  The first murder Corky investigates is also closely tied to her, which is how Annie comes into the detective’s long-term orbit.  Detective Corcoran takes her off the streets and puts her in the care of Elizabeth, a wealthy woman he has befriended through this case, and he checks on her frequently. Corcoran eventually starts to fall for Elizabeth, much to Annie’s chagrin.

What is most fascinating about Annie is that, unlike sexual abuse victims in most cop shows, Annie is far from a one-dimensional, whimpering, easily manipulable innocent.  Not that she is exactly a bedrock of strength either; she has her moments, but on the whole she’s tough and smart and even downright devious at times, playing head games with Elizabeth at one point to try to get her out of the picture so she can have Corky all to herself.  She also perpetrates a pretty brutal act of violence in the first episode; a justifiable one certainly, but still . . .  And she attempts to entice other men who come into her presence besides just Corky, though I believe these were an attempt to make Corky jealous.  More than once Annie also expresses her frustration and embarrassment with being treated as a child by these new adults in her life, not just in terms of their rebuffing her sexual advances but also in rebelling against Elizabeth’s attempts to reform her morally and socially, and she eventually expresses a desire to go back to her old life, even as it is clear she loves Kevin Corcoran—perhaps deep down more as a father figure than a potential lover, but initially she hardly knows the difference—and doesn’t want to leave him, and knows that her old life wasn’t exactly ideal for her.  So she’s very conflicted. In short, Annie behaves very much like a real child prostitute in her position probably would, not to mention being involved in a longer and very abusive relationship with a man for awhile that I won’t go into detail about here, as it is an important plot point of one of the episodes and the series as a whole.

Actually, I would like to touch on that relationship for just a moment, because it sheds light on an important fact that you rarely see in these types of shows: the writers created a well-rounded character in Annie, and they go out of their way to show that sex in general, at least conceptually, does not bother Annie; however, she is clearly terrified of the man she was involved with because of his brutality, as well as some of the customers she encountered at her first place of business.  Even though she is ambivalent about it overall, she clearly knows that sex can be a good thing. While it’s obvious that Annie has some psychological distortions and damage resulting from her history, which includes a several major traumatic events, including one that occurs in the first episode of the show, beyond just being reduced to selling herself for money (only being able to express love towards men in sexual terms probably chief among them), I would say that she is hardly a completely dysfunctional mess despite all she’s been through.  And that is pretty daring for a television series these days, especially a cop show. The notion that a child might attempt to seduce an adult for any reason seems utterly alien to most people. But it does happen.

The series is also realistic in depicting members of the police force, including Corky, as less than perfect, sometimes brutal in their methods, and occasionally prone to breaking laws themselves (such as Corky’s frequenting of prostitutes early on in the series and his sporadic violent outbursts against certain people he’s investigating, including, on one occasion, a high-ranking Episcopalian minister.)

Season 2 begins this summer.  I recommend finding the first season somewhere if you can and watching it all.  If you haven’t seen this series, you are missing out on a pretty solidly made period police drama.  I wanted to put in some clips of the show I found on YouTube here, but all of them contained major spoilers for the series, so I will simply offer you this promo that came out right when the show started: 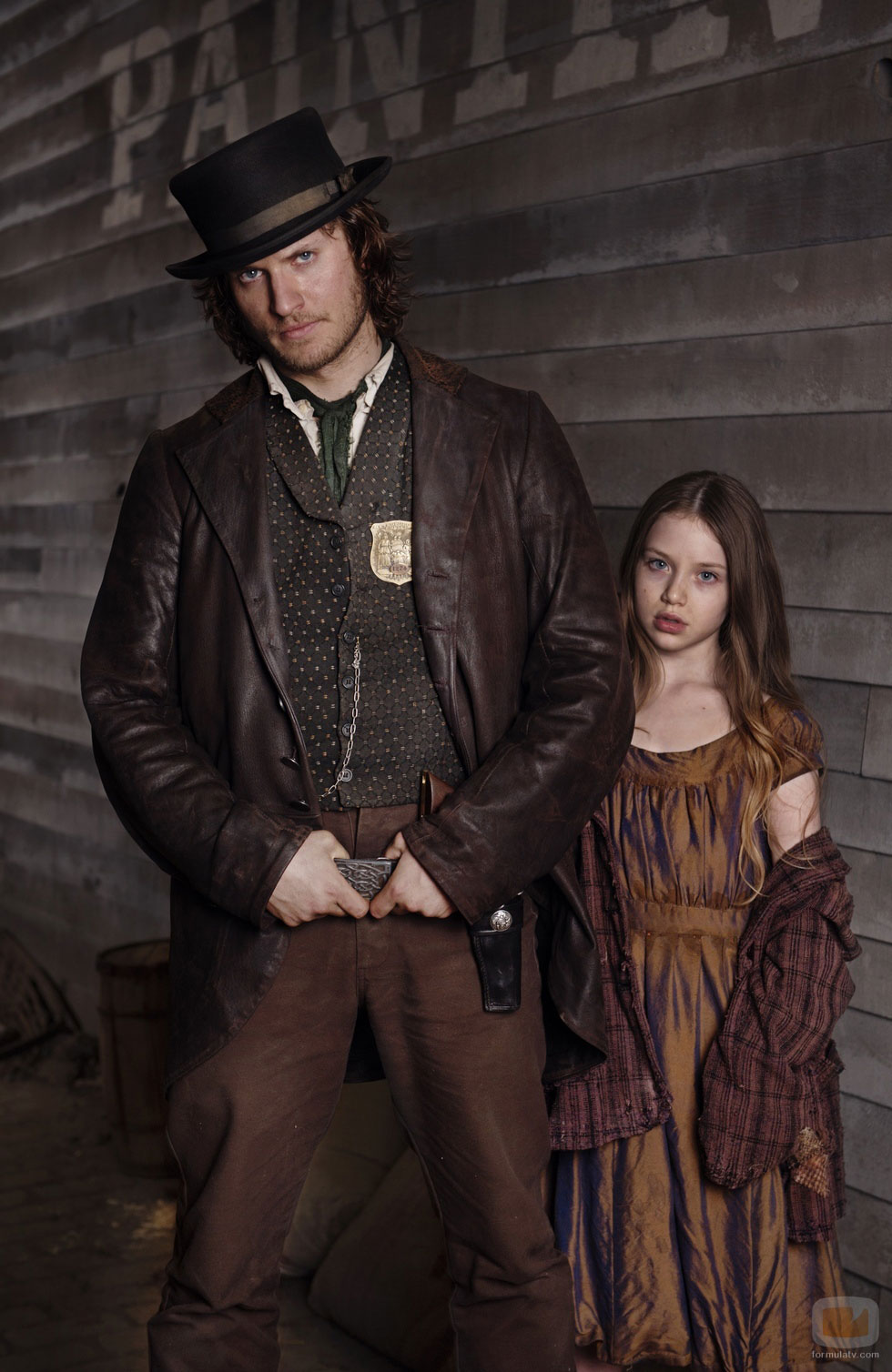