There were two people—both Americans—who were largely responsible for our modern conception of Santa Claus.  On of them was Clement C. Moore, whose poem “A Visit from St. Nicholas” (better known as “‘Twas the Night Before Christmas”), was first published in 1823 and is the most recognized American poem of all time.  The other was political cartoonist extraordinaire Thomas Nast.  He was born in Germany but had migrated to America with his family as a small child.  Despite a poor showing education-wise, Nast became a major figure in American politics via his cutting wit and powerful imagery, which often had a sticking power that modern political cartoonists can only envy.  It was Nast who created the donkey and elephant as symbols of the Democratic and Republican Parties respectively, for example, and his cartoons were of such persuasive power that Boss Tweed actually attempted to bribe the Harper’s Weekly artist with a half million dollars to leave him alone!

Nast’s version of Santa Claus very much complimented Moore’s.  In fact, he clearly drew inspiration from the Moore poem.  The cartoonist’s St. Nick was first published in Harper’s Weekly in 1862 and was associated initially with the American Civil War, employed by Nast to bring hope and good cheer to Americans during those dark years.  Although his political cartoons could be ruthless, Nast’s Christmas illustrations bore a completely different tone, every bit as elaborately rendered as his political stuff, yet generally warm, joyful and alluring rather than harsh and critical.  Nast did other Christmas cartoons as well, but it was his iconic Santa Claus that most resonated with the public. 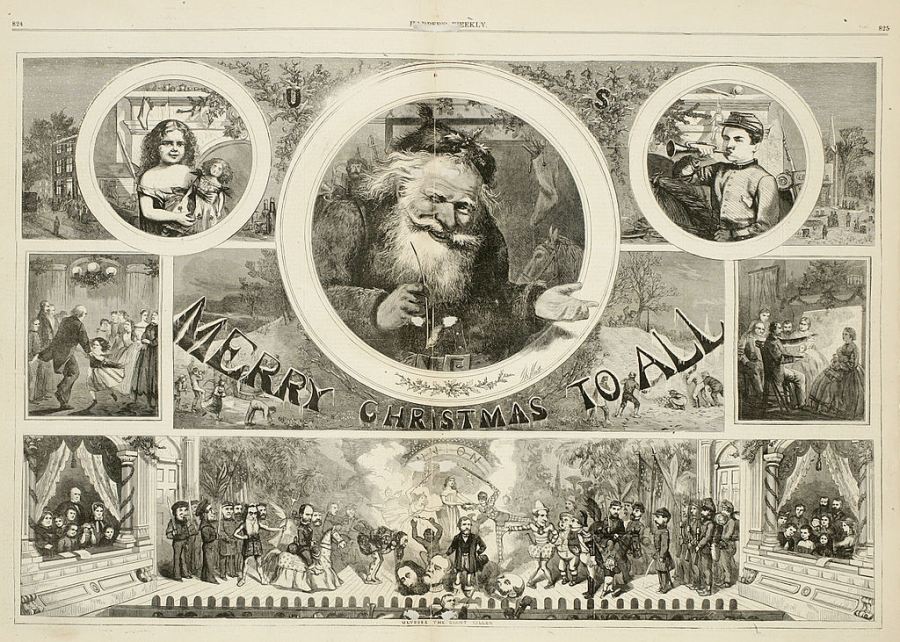 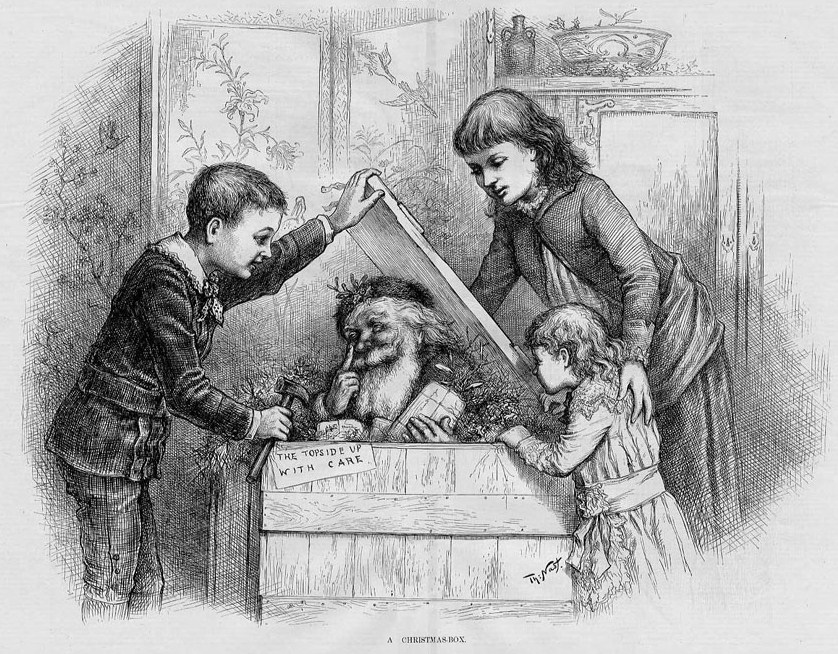 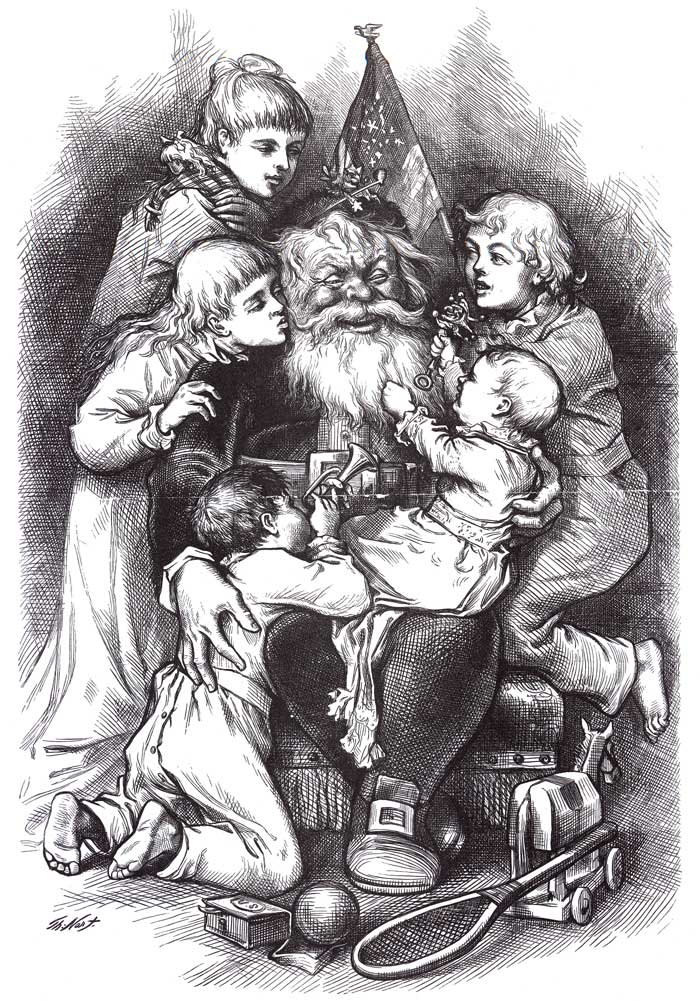 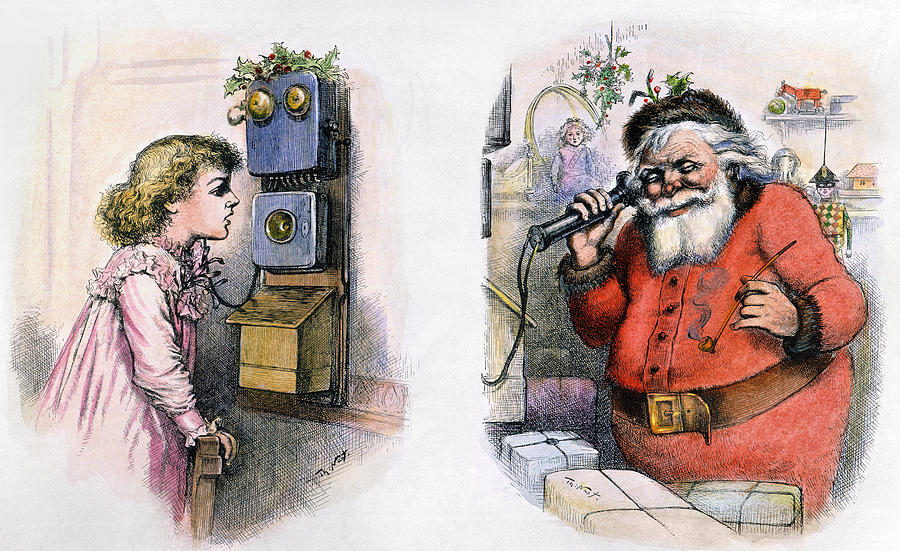 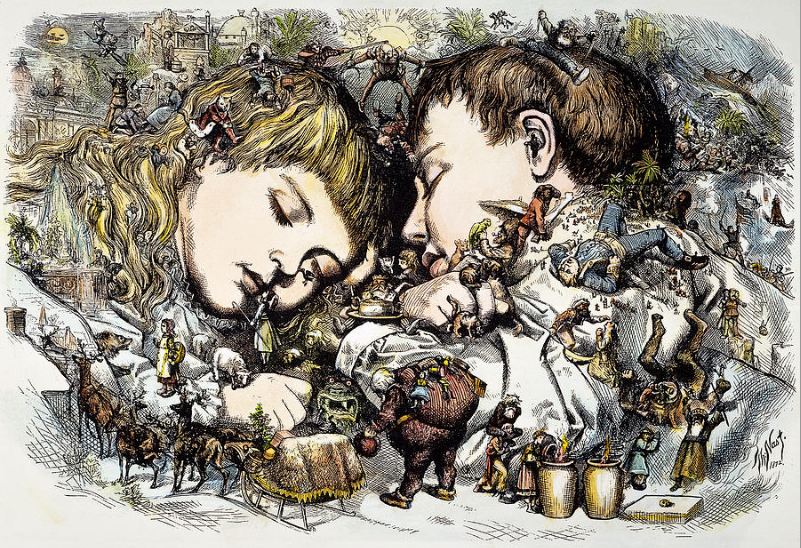 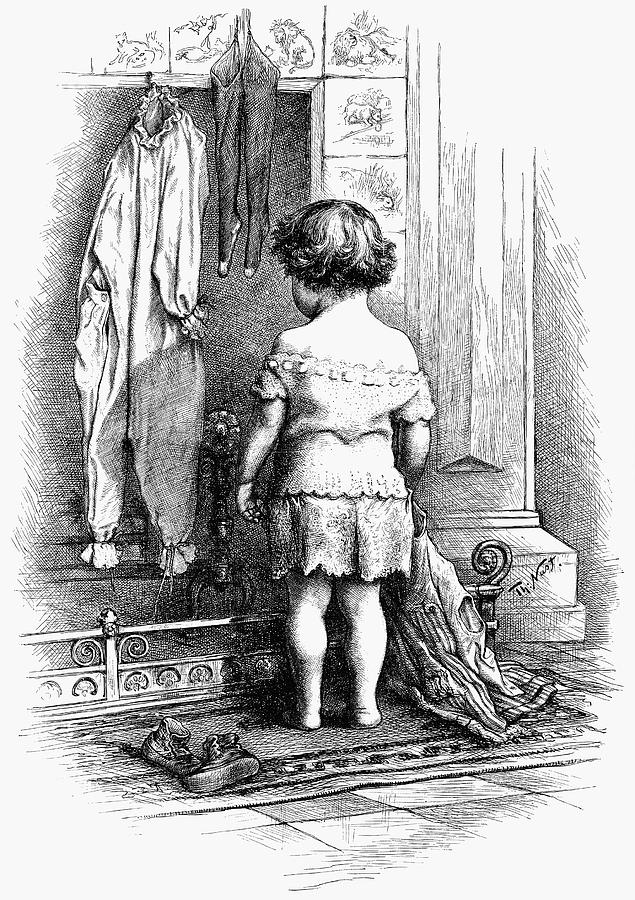 The World of Thomas Nast [link no longer valid]