Jan Toorop, a painter of Dutch and Javanese descent, epitomized the style of Art Nouveau in his paintings, though he is generally classified as a Symbolist. His most recognized work is The Three Brides, painted in 1893.  Toorop’s work is informed by his Javanese heritage and the childhood years spent there as well as his European heritage and the European artists of his day who influenced him.  His daughter Charley, who would later become a painter herself, was a semi-frequent subject in his art. 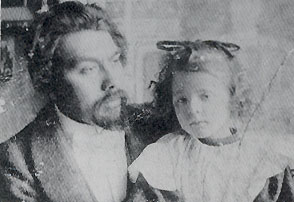 This painting of Toorop’s infant daughter in a setting which appears to be half verdant garden and half decorative home interior is rife with allegorical meaning, addressing concepts of antiquity vs. modernity and nature vs. artifice. 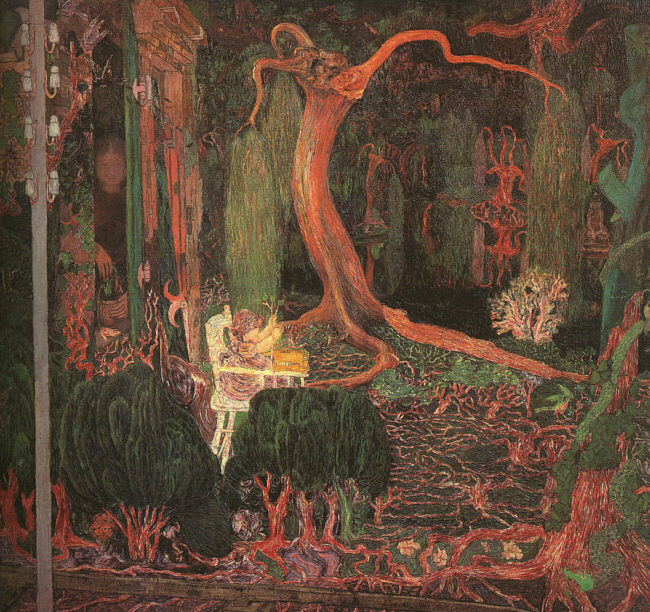 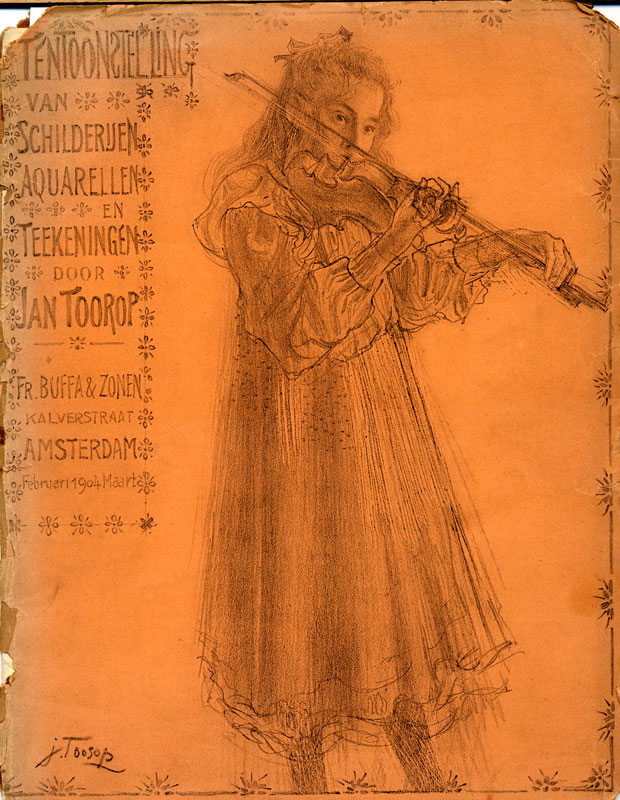 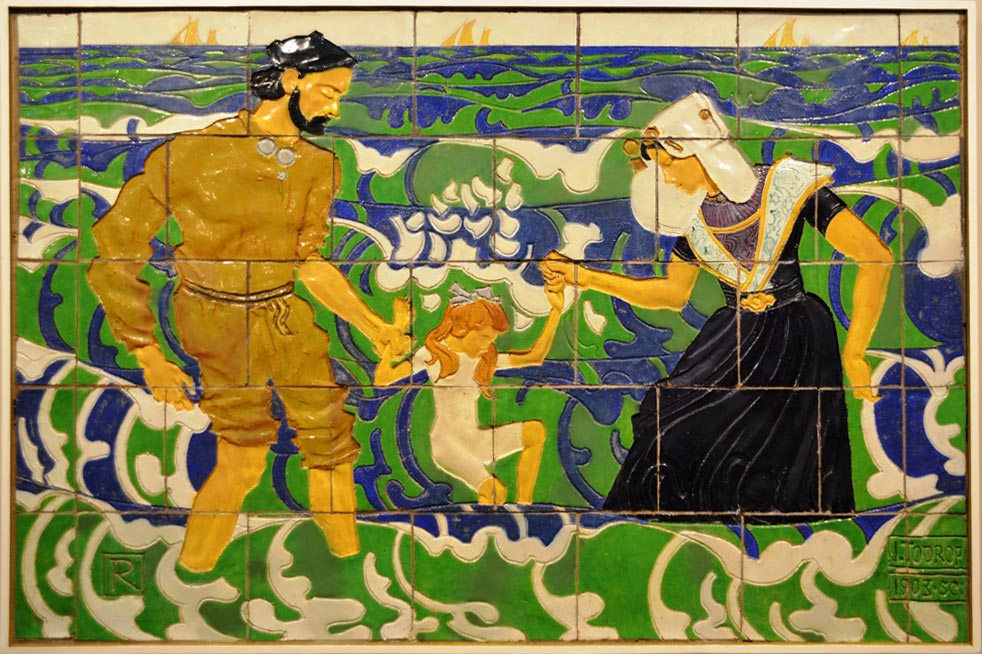 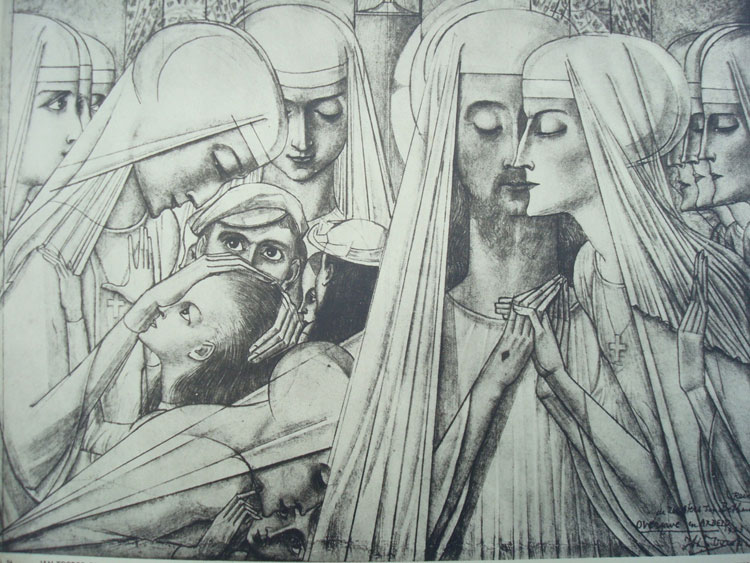 Jan Toorop – The Active and Meditating Sister of Bethany 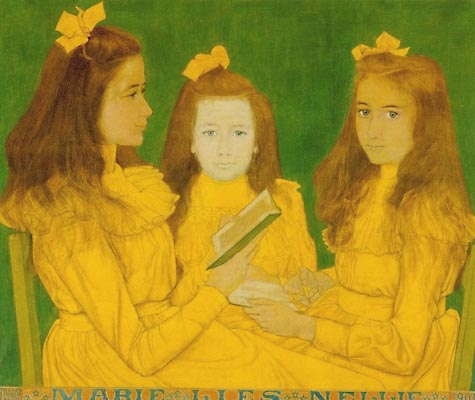 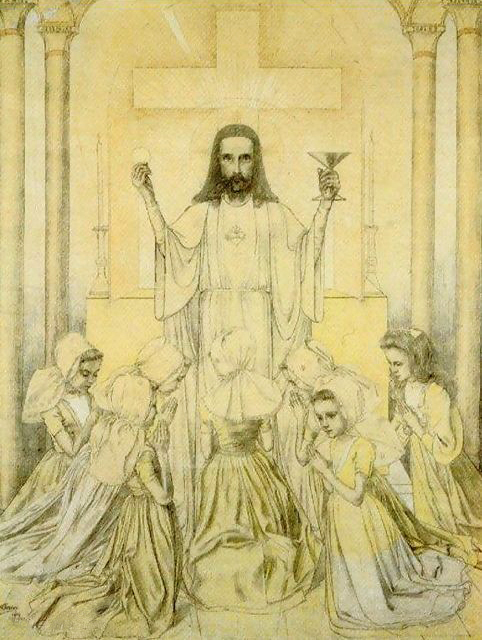 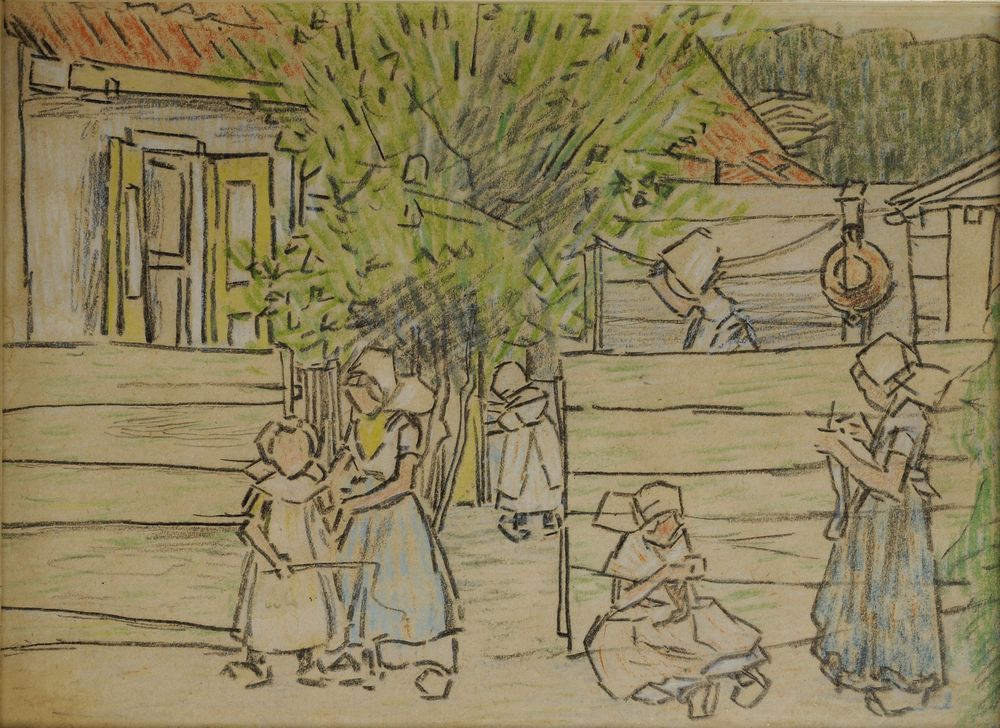