Despite having a pretty rough start (his parents were impoverished, his father reportedly hated him, and he had difficulty establishing himself in his early years as more modern styles were blossoming), Swedish artist Carl Larsson led something of a charmed life. As his family grew, so too did his popularity, and he became a regular contributor to many well-known magazines of the era, including Jugend.  His style is organic but clean; he even dabbled in sequential art, making him one of the the first Scandinavian comics creators.  Larsson and his stunningly attractive wife Karin, also an artist and designer, had eight children, whom Larsson adored profoundly (breaking the pattern of his cold and abusive father), making them the subject of much of his art. Holidays were a big deal at the Larsson household and there are several pieces by Larsson to attest to this. 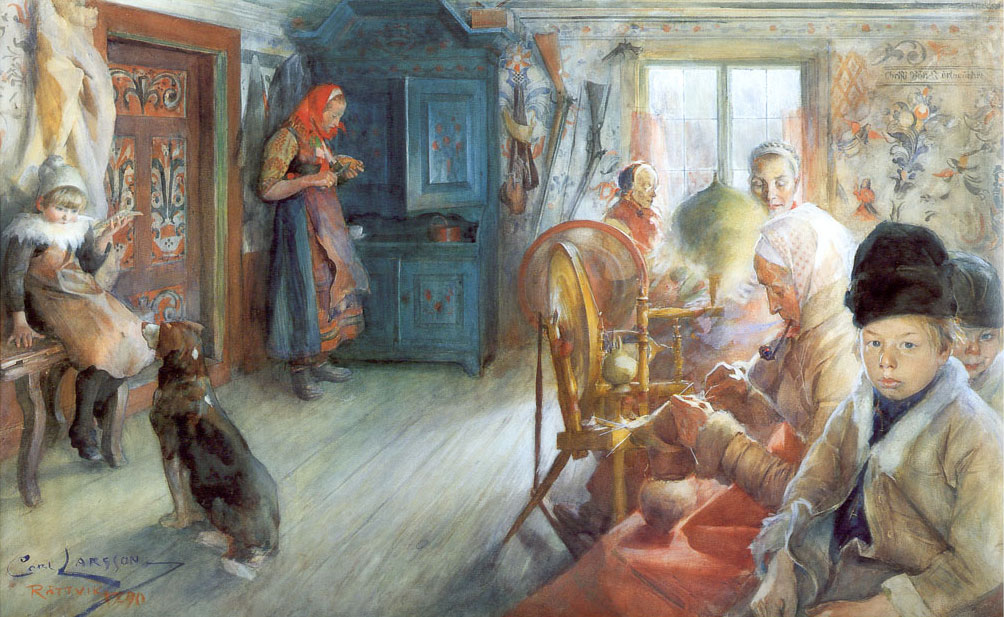 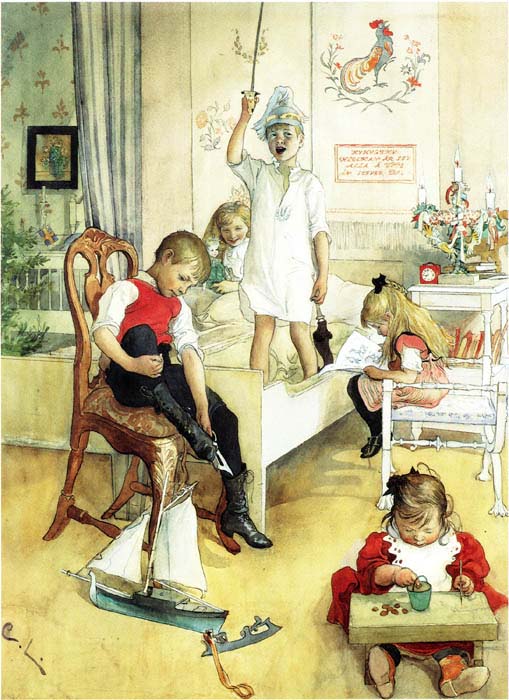 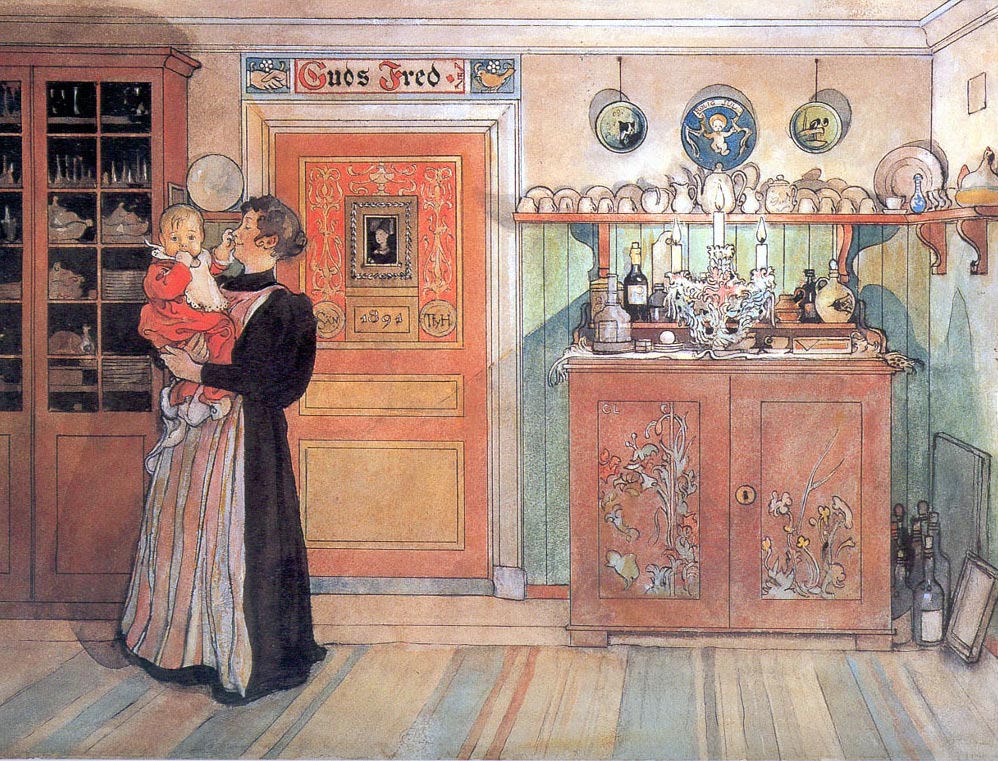 Iduna (alternately Idun or Idunn in anglicized form) is the Norse goddess of youth and the guardian of the golden apples which the gods consume to maintain their immortality.  Here Larsson’s daughter Brita portrays her for an image that was used for the 1901 Christmas issue of a magazine named for the goddess. 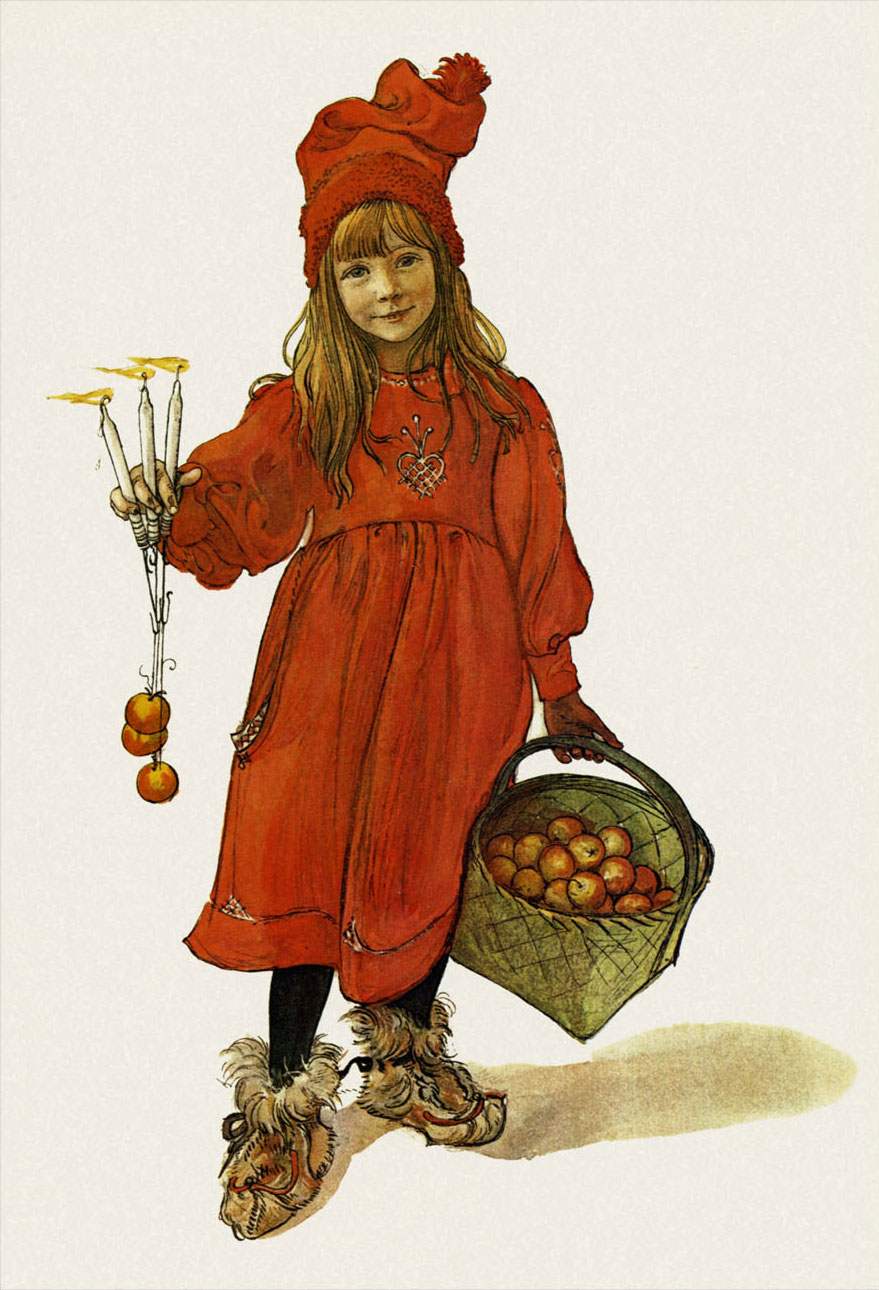 Now this is a Christmas feast! 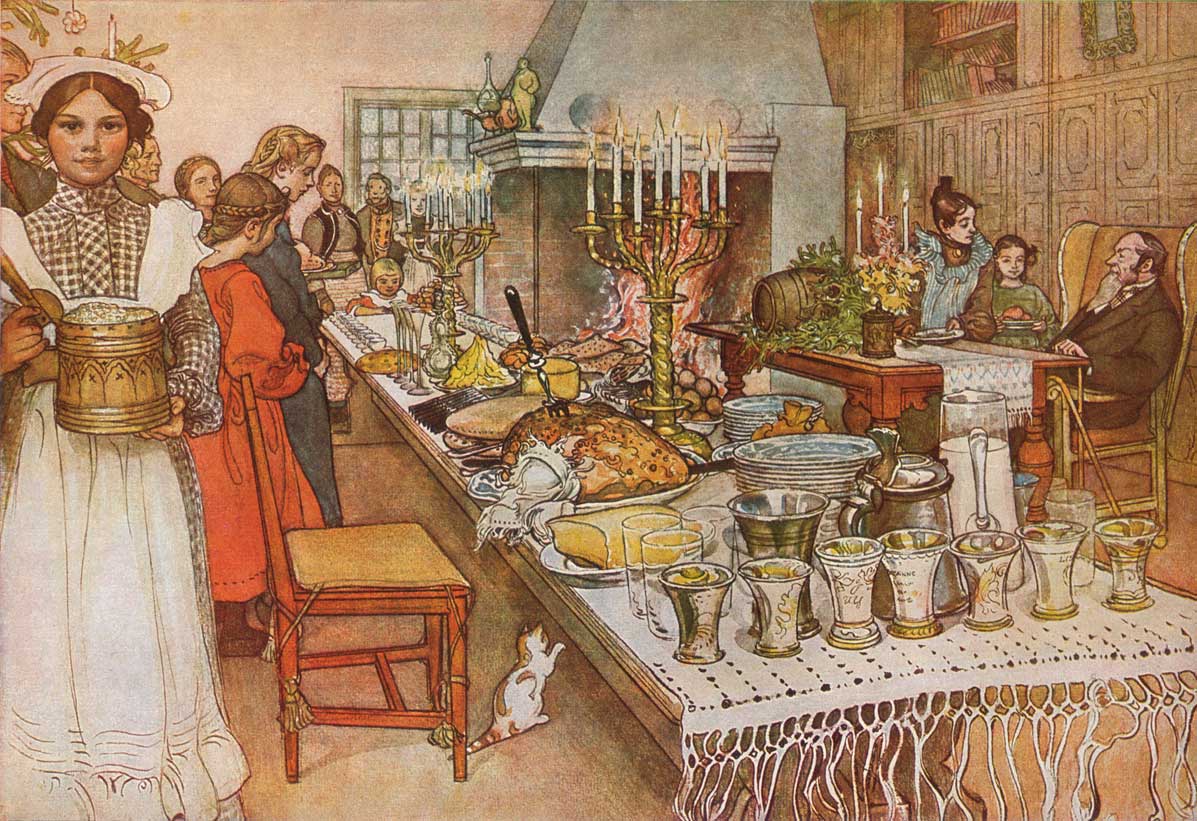 St. Lucy is one of the few saints celebrated in Scandinavia, and her day, December 13th, is associated with Christmas.  Traditionally, the eldest daughter in a family or an older girl in a village is selected to portray the saint, in which she is crowned with a headpiece bearing lights or candles, and then she leads a procession of younger sisters or other girls as they go about passing out candies or other treats to smaller children.  At least, that’s how I understand it. 🙂 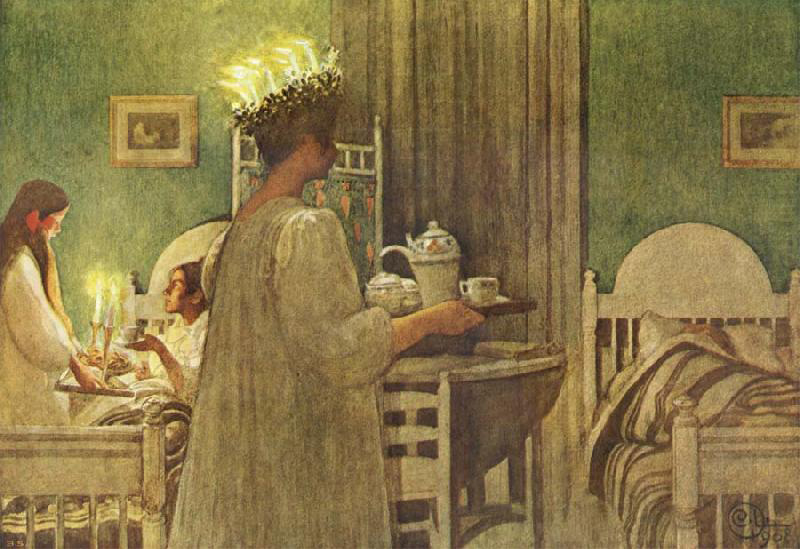 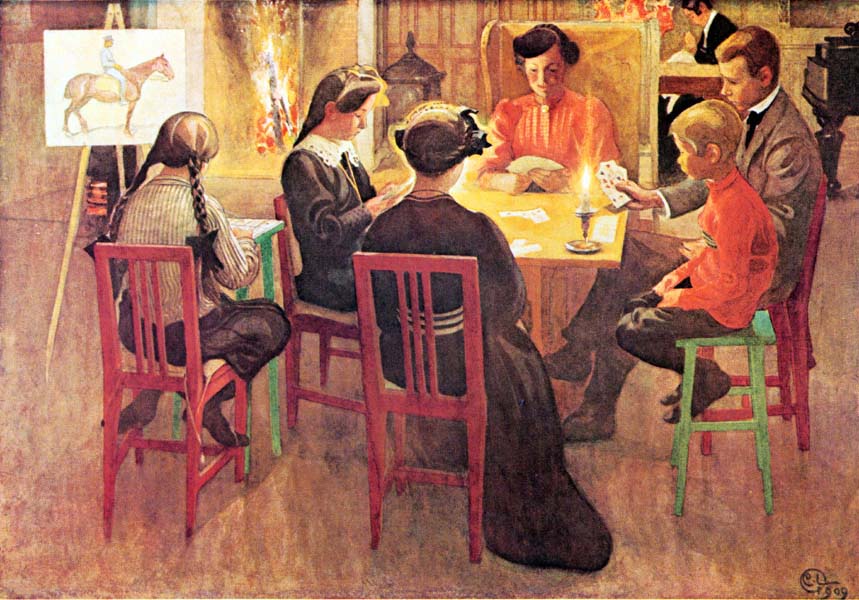 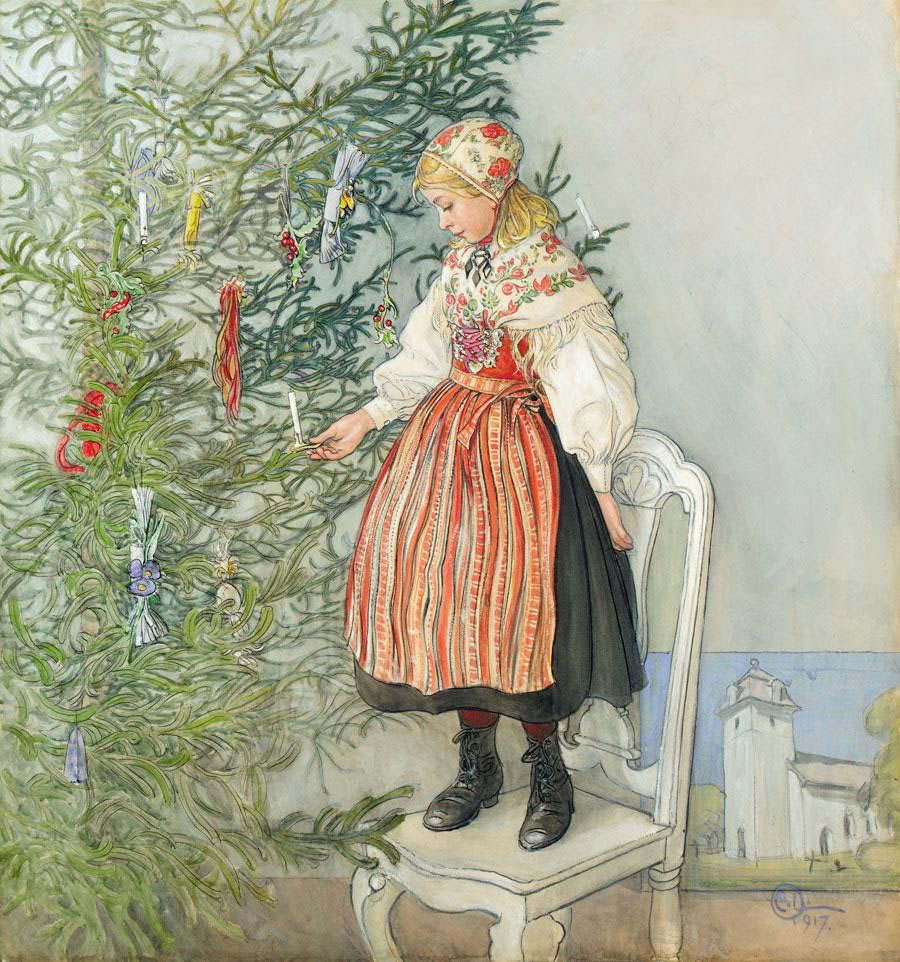 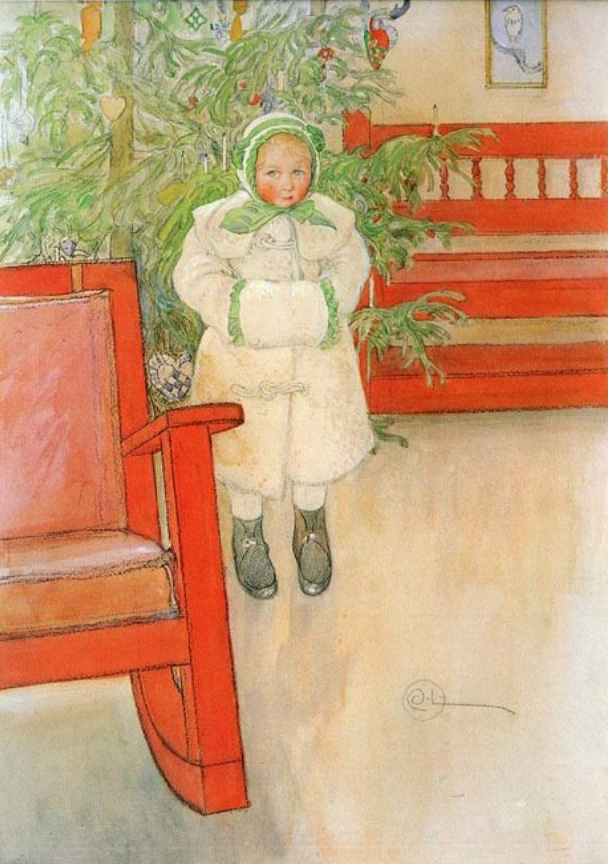 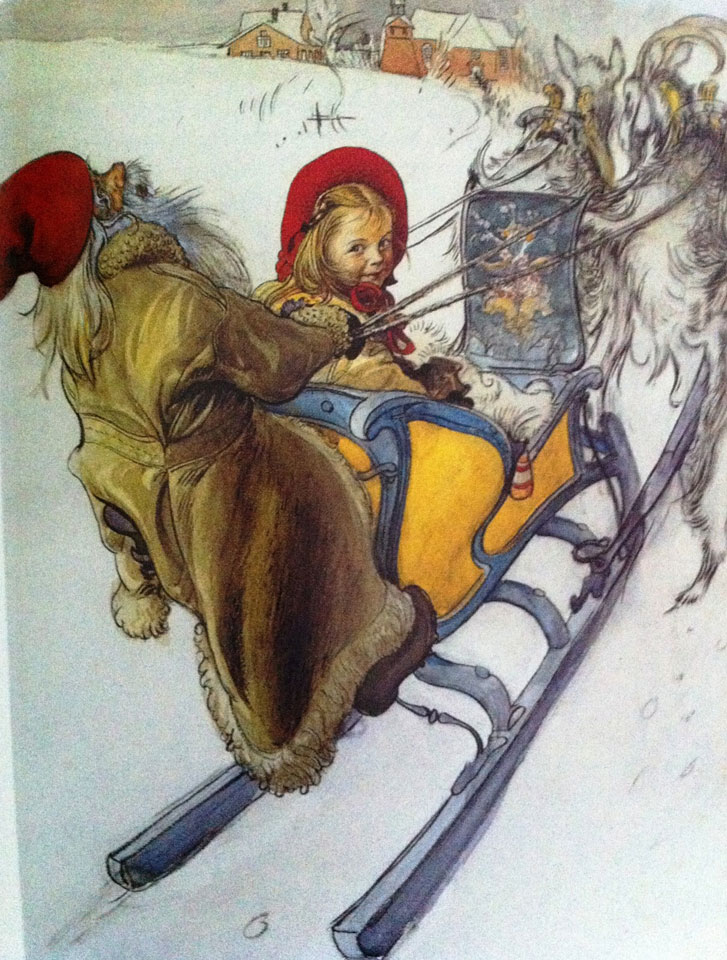 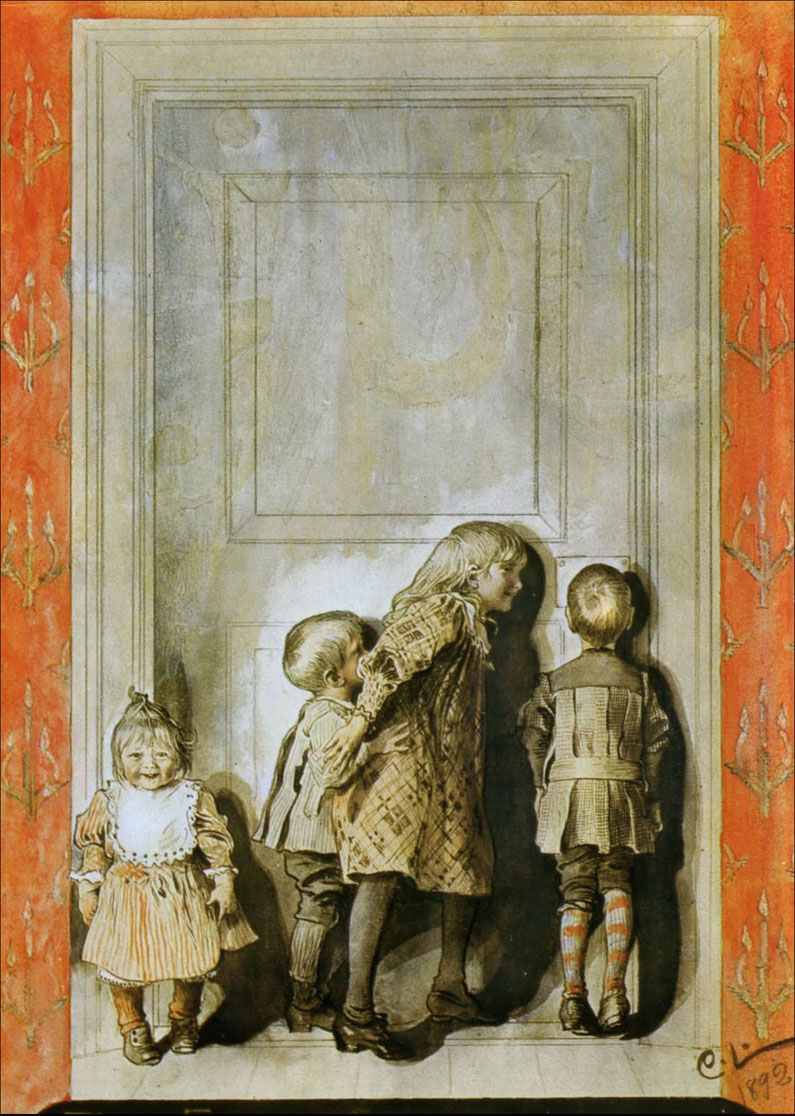 Carl Larsson – The Day Before Christmas