In 1997, playwright and performer Eve Ensler began her famous The Vagina Monologues based on material she gathered interviewing women. It may have seemed tongue-in-cheek at first, but after every performance, lines of women would come up to share their personal stories of rape, incest and other sexual trauma. The word of Ensler’s work spread like wildfire and she realized she could parlay her efforts into a way to stop violence inflicted on women and girls. In 2002, eight hundred communities around the world participated in the project. This program was called V-Day. Producers Abby Epstein and Paulo Netto found the event worthy of a film documentary and the result is V-Day: Until the Violence Stops. I know it must seem odd to cover something like this on a blog that focuses on little girls, but the plain fact is that in the name of advancing civilization, women have been relegated to second-class status and girls even more so. It is upsetting for people like us to watch girls with a kind of awesome respect and realize that for the most part they are not treated that way. The more I analyzed it, the more I concluded that we are in fact unwitting allies in this struggle. Yes, there are those who would exploit girls solely for selfish purposes, but the legitimate appreciation of little girls and young women that we are trying to convey comes from the simple pleasure of watching these girls pursue happy, healthy and creative lives.

The first part of this documentary deals with breaking the silence. In almost every case shown in this film, there is the problem of ostracization for those who speak up about abuse or discuss sexual subjects at all. The first step is to get women—and men for that matter—to openly use the word “vagina” properly affording women and girls the opportunity to express themselves fully. The Vagina Monologues were a good start as performers of all kinds integrated the word into their public performances, even revealing their own traumatic or humorous experiences. At the same time, young girls can use the word as a vehicle for frank discussion of their concerns and as a tool for personal empowerment. Here are some young girls engaging in such an exercise, punching the air each time as they yell out VAGINA! 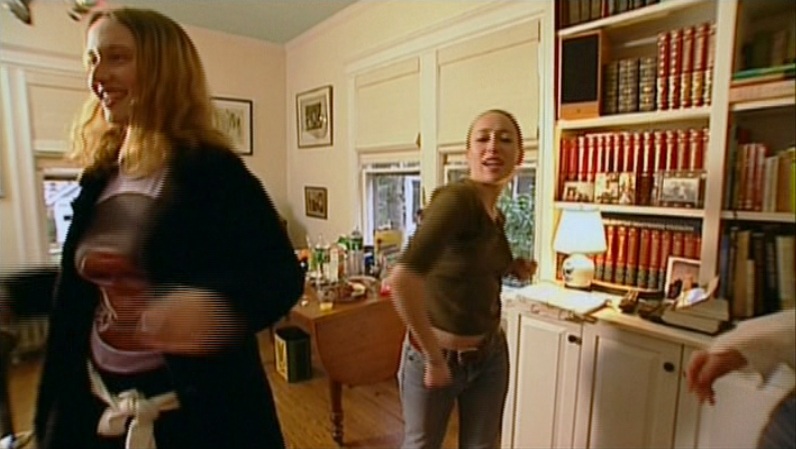 The V-Day project was conducted in many countries and this documentary focuses on three. The video montage introducing these international efforts included this charming shot of a girl in Afghanistan. It is hard not to feel compassion looking at these sweet faces in the knowledge of what they may face in their particular cultures. 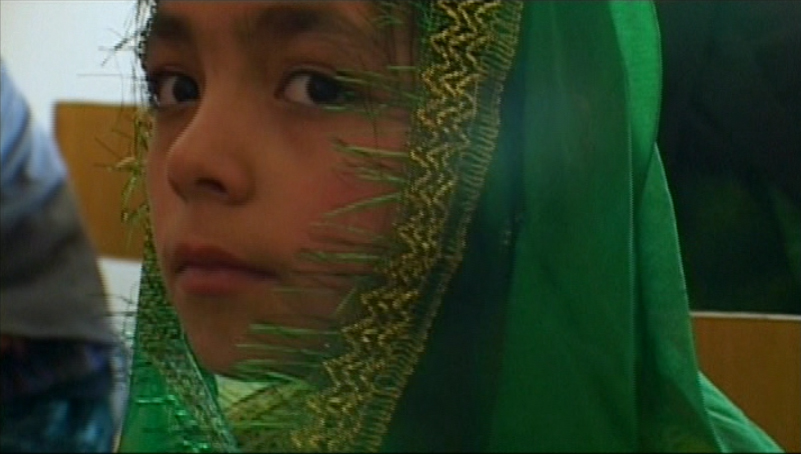 The first country featured is the Philippines. Here is a still from a street scene in Manila. 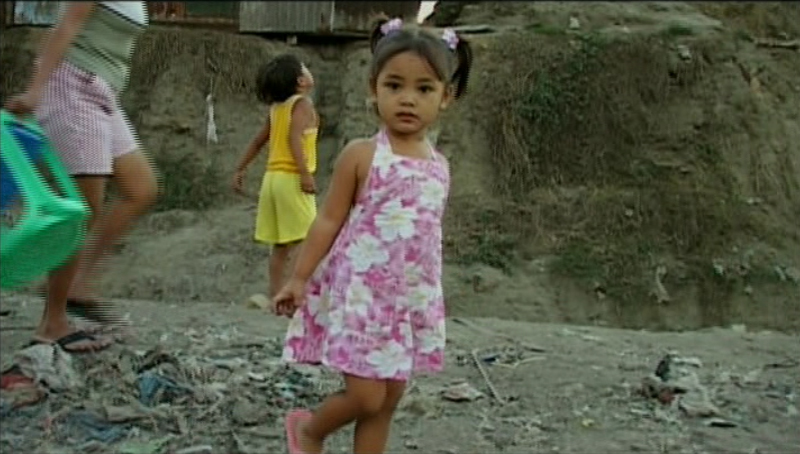 Monique Wilson was the producer of her country’s participation in V-Day. 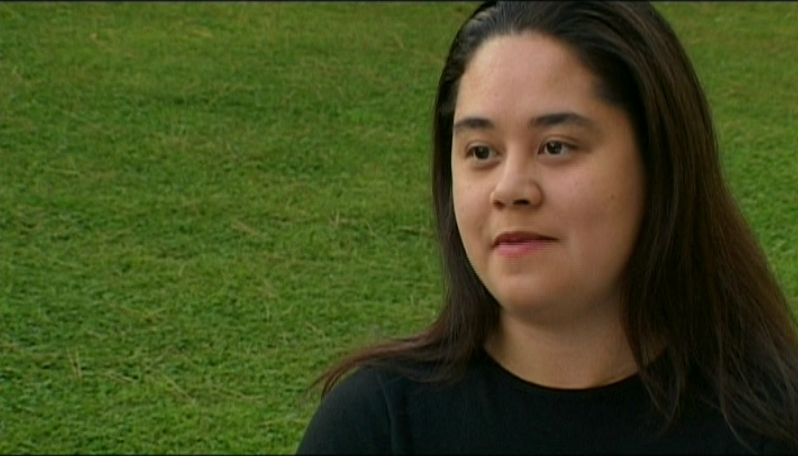 The Philippines has long been a hotbed of the sex trade, but an underdiscussed topic seems to be what the women went through during the Japanese occupation during World War II. Many women were drafted as comfort women and performed sex services for the Japanese soldiers there, yet the women who came forward with their stories were ostracized by their own families and communities. The reason for this is the establishment of Catholicism since the Spanish colonization of that country, for which the discussion of sexual matters is taboo. I could name a number of artists who have received flak for nudity and sexual themes in their own Catholic countries.

The next region is the American Badlands of the U.S. and how the poverty of the Lakota people exacerbates the mistreatment of girls and women. Especially touching about this segment was the prominent involvement of men in this movement. Wayne Weston shown here was the director of the Cangleska Outreach Program and there is a lot of material from Marlin Mousseau, one of its co-founders. 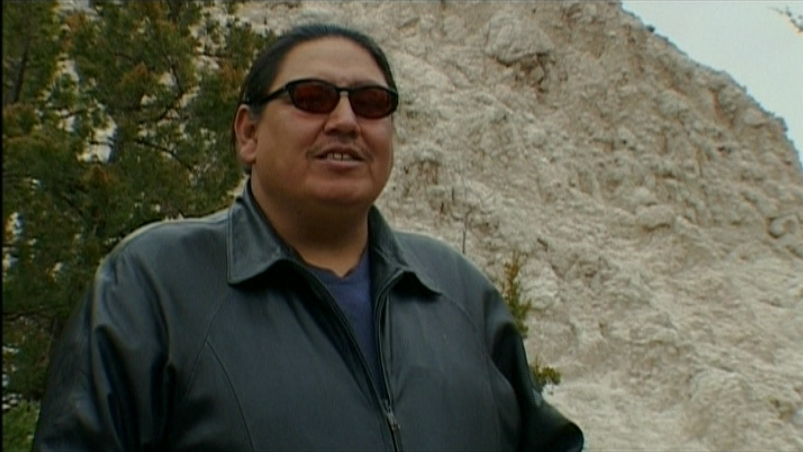 The point that Weston makes is how the role of a Lakota warrior, which all men should aspire to, has been distorted by the relentless interactions with the white man. It is now regarded as a sign of ownership and initiation when a man beats his wife and many actually look forward to the day they can do so. Weston’s contention is that a proper warrior’s duty is to protect girls and women, not to treat them as objects of one’s frustration. As the physically weakest members of human societies, women and especially girls receive the brunt of the stresses of poverty. On one hand, it is a delight to watch these children take part in the joyous practices of their culture, and yet there is a dark unspoken side that gets passed down. 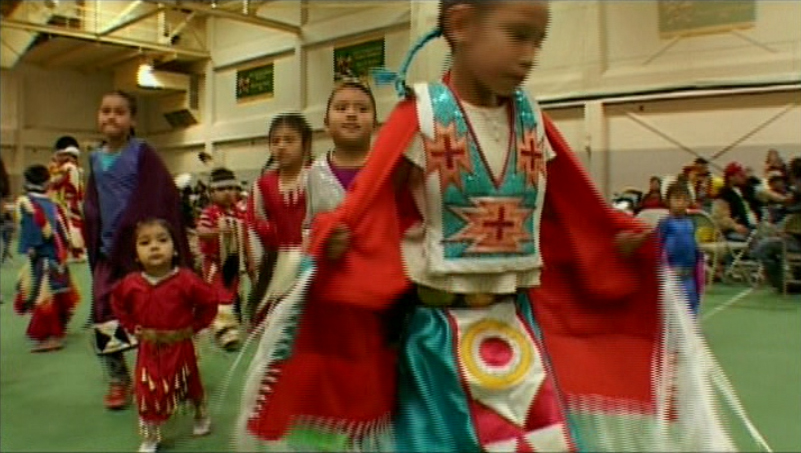 Of course, plenty of women are on hand to tell their stories and contribute performances. Crooked Braid is my favorite in the whole film because it vividly illustrates the ambivalence created in the relationships between men and women.

The most moving segment takes place in Kenya. 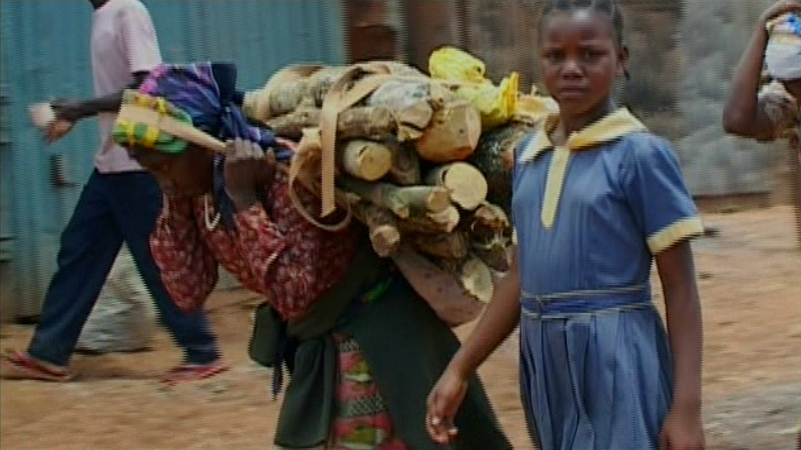 The efforts of Agnes Pareyio is impressive but slow-going. In that part of the country, there are three different forms of female genital mutilation (or “female circumcision” as it is sometimes euphemistically called) practiced. She opened a Safe House in 2002 for girls who refuse to undergo these procedures. 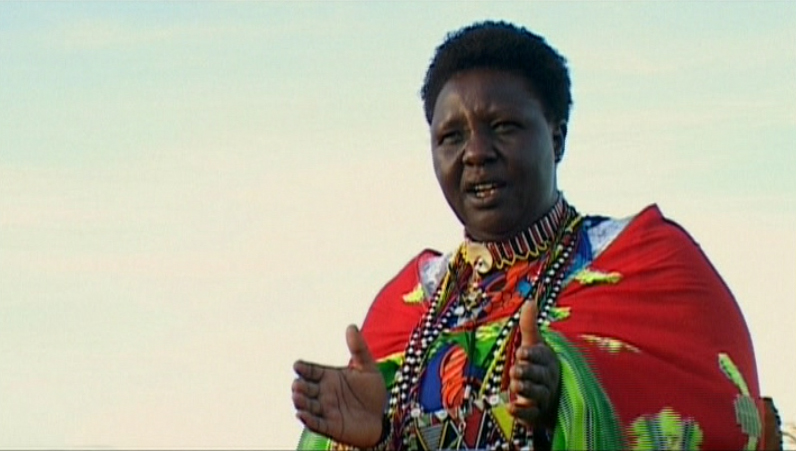 The Safe House also functions as a kind of school to educate girls about the truth of the damage it causes. It is a challenge, because these girls too are ostracized and disowned by their own families. In the film, Pareyio even graphically explains the three different procedures the girls may be subjected to. It is easy for us in the West to condemn these practices, but I remember I was talking about the practice of male circumcision to some students in the U.S. and despite my insistence that it was an unnecessary mutilation, they said they would still subject their baby boys to it; they were concerned about the ridicule their sons would suffer otherwise. Fighting against an ingrained cultural practice is not easy, no matter how rational the argument.

Here are some Kenyan girls in native garb, dancing at a V-Day event. 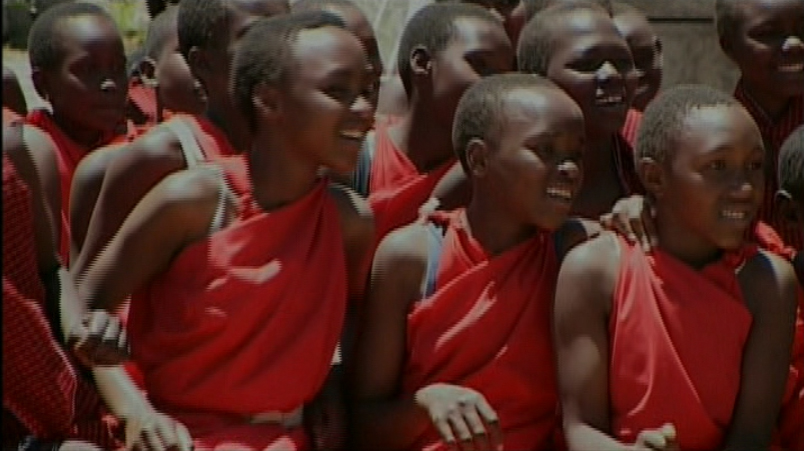 V-Day: Until the Violence Stops also has special features covering the efforts in Croatia, Italy, Guatemala, United States (New Jersey), Afghanistan and Mexico. More information on the V-Day program can be found here.

Wikipedia: V-Day: Until the Violence Stops