The theme of girls with guns does indeed seem incongruous and so frankly there are not a whole lot of images out there; so, I have been passing on my few leads to Pip.  I cannot offer any images of girls today with guns, but how about girls with knives?  It was fortuitous that I should come across this item for sale on the web. It is a pillbox measuring 2 inches (5 cm) in diameter. The seller did not know anything about the art on this object, only that it caught her eye as it did mine.

If this were a drawing or painting, I would say that it was made by a teenage girl and then made into a pillbox.  Obvious and stereotypical perhaps, but it is our intent here to offer an honest presentation of the female character and our responses to it.  I have worked extensively with teenage boys and girls and this is not an uncommon sentiment and if she should have artistic talent, something like this comes into being.  However, if this is a photograph as it appears, with a doll posed at the artist’s whim, it is probably a woman with the resources to produce this and serves as a vehicle for working out some of her issues with the past.  There is a recent Japanese art form involving highly realistic but stylized dolls and it appears one of those was used here.

People may argue that the public should not be exposed to such imagery, but that demonstrates an ignorance of the fact that artistic expression serves as an important release.  This partially or completely suppresses actual homicidal impulses, even for those who merely view the images.  This applies to the whole range of human violent behavior and I will probably be making that point in future posts. 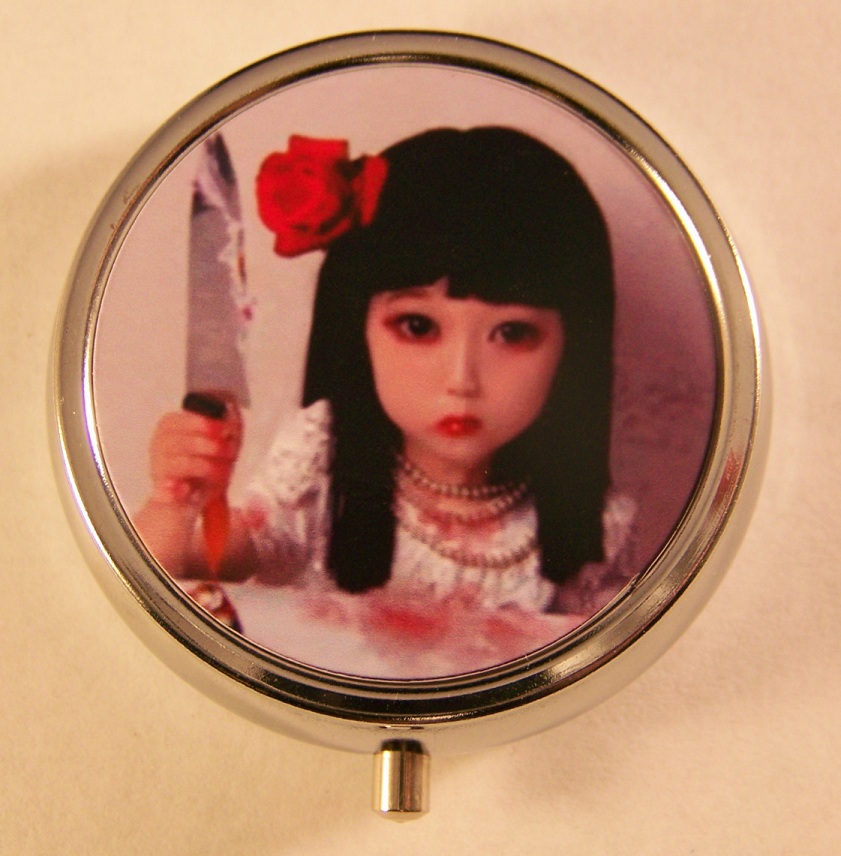 Shortly after seeing this image, I saw another creepy image and decided to contact the seller.  She was kind enough to supply the original rectangular image to post on this site and confirmed that it is a photograph.  Any leads about the artist would be much appreciated.