Ingar Krauss was born in East Berlin in 1965 and was perhaps fortunate to have lived in such interesting times. In his 20s, the Communist Bloc was collapsing and he started shooting photographs in the mid 1990s. His subjects were abandoned or condemned buildings in Berlin, as if he was documenting the passing of an age. Then, as many parents do, he began photographing his own daughter and her circle of friends in a remote area near the Polish border where he and his wife had a house. Throughout his work there is a feeling of melancholia as any transformation has an inevitable element of sadness. He liked capturing the children at a time when their bodies and minds were not clearly defined but showed a concentration and intensity. Shortly after completing these images, they were on display in Berlin. Krauss, who was entirely self-taught, cites only a few photographic influences: August Sander, Nadar, John Deakin, Paul Citroen and Robert Häusser. He has exhibited his work consistently since 2001 in Western Europe, the United States and a few places in Eastern Europe. Numerous awards and articles accompanied these exhibitions and in 2005 Portraits was published by Hatie Cantz.

However melancholy these early images may seem, they still depict a relatively happy lifestyle. Being raised under a Socialist regime, Krauss knew things were not so pleasant even further east in Russia. He decided he wanted to capture the character of the juvenile delinquents and others trapped in Russian institutions such as orphanages and prisons. He got a stipend in 2002 to go there and shoot. He felt Western children were relatively nondescript and don’t have much of a history that can be seen in their character. He wanted to shoot children that had been through something and, at such a tender age, had already donned the cloak of adult responsibility. It should be understood that not all these children were criminals, but many ended up at such places as social orphans with nowhere else to go. Getting access was also not easy and the suspicious authorities and on-site guards were always present to scrutinize his work. These images convey more anonymity than the earlier work and have descriptions indicating only place and date. None of his subjects knew why they were chosen, just that Krauss thought they had the personality he wanted to capture. In places where the children were in uniforms, all individuality had to be focused in the face. As a kind of homage to a bygone age, he prints his photos himself on outdated East German photographic paper which he says has a relic-like aura and adds a subtle gold tone to the black-and-white processing.

After Moscow, he traveled to the Ukraine, Belarus and then to Arkhangelsk where he met some very young Sisters of Mercy and cadets from the merchant navy. From 2006-2007, Krauss did a project documenting migrant seasonal workers in Germany. The Marvelli Gallery website has an excellent overview of his work. 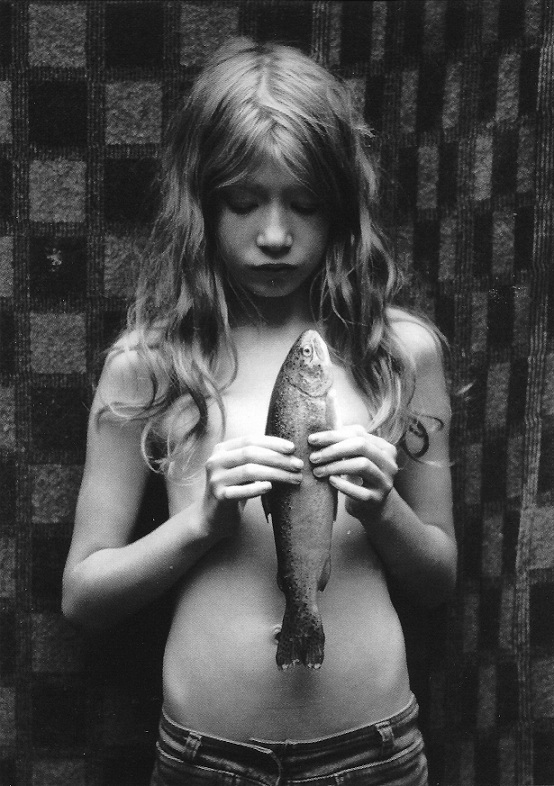 Another very symbolic image juxtaposes life and death. The lily accentuates the youthful beauty of the girl but is also a symbol of death, helping to convey Krauss’s consistent melancholic attitude. There is a male counterpart to this piece of a boy holding a sword, symbolizing both masculinity and death. 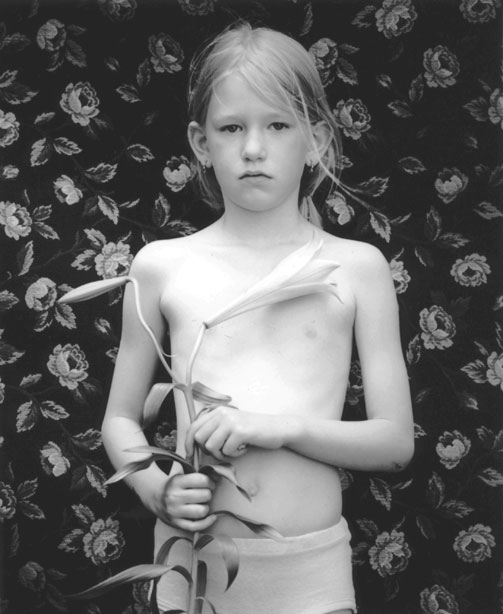 His earlier works contained a lot of props and I thought this an interesting juxtaposition that spoke to the truth of these girls’ lives. 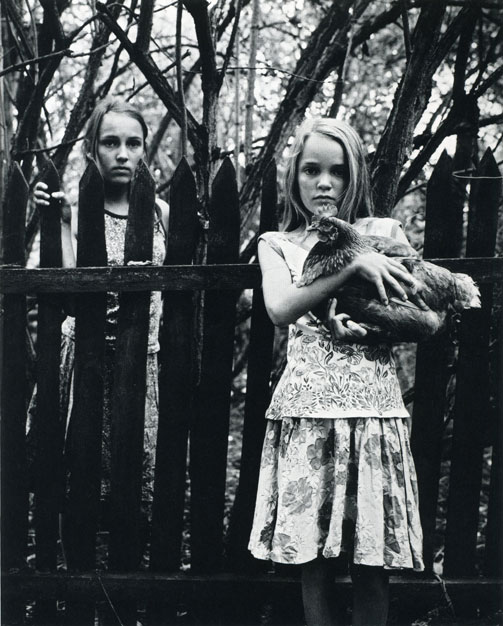 While shooting German children, Krauss discovered this girl walking through a pedestrian underpass. His work with this girl seems to have triggered the idea for his Russian project. 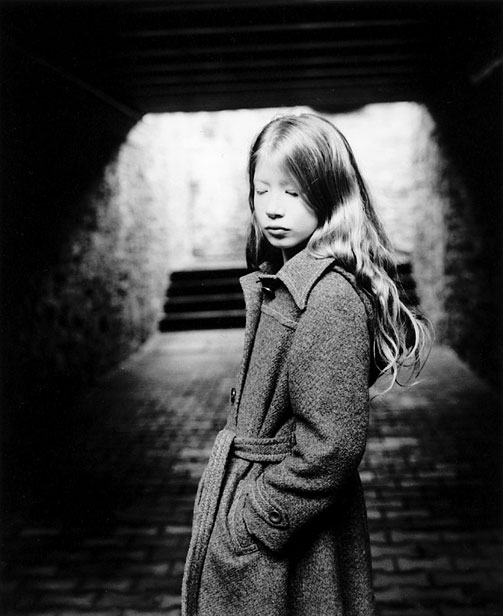 The stoic facial expression and features is counterpointed by the relaxed look of this girl’s clothes. 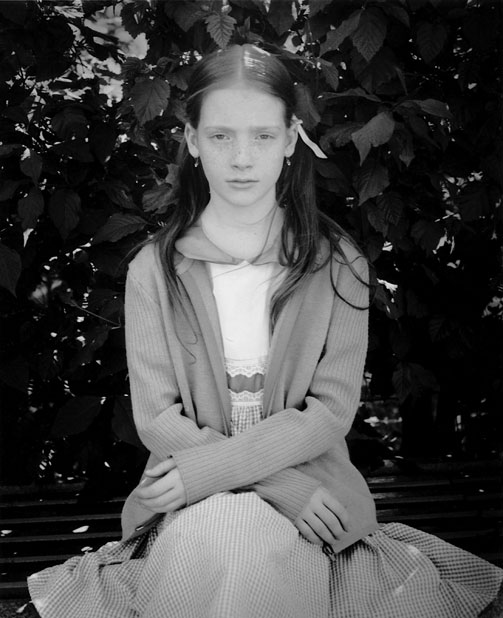 I just made an interesting discovery that I felt is worth mentioning.  I am fairly familiar with this artist’s work and yet I did not know he had done any images with full frontal nudity.  It does not appear in his book Portraits, so I am unsure how it came to be on the internet.  It clearly belongs to the “Girl with Fish” series of Hannah shown above.